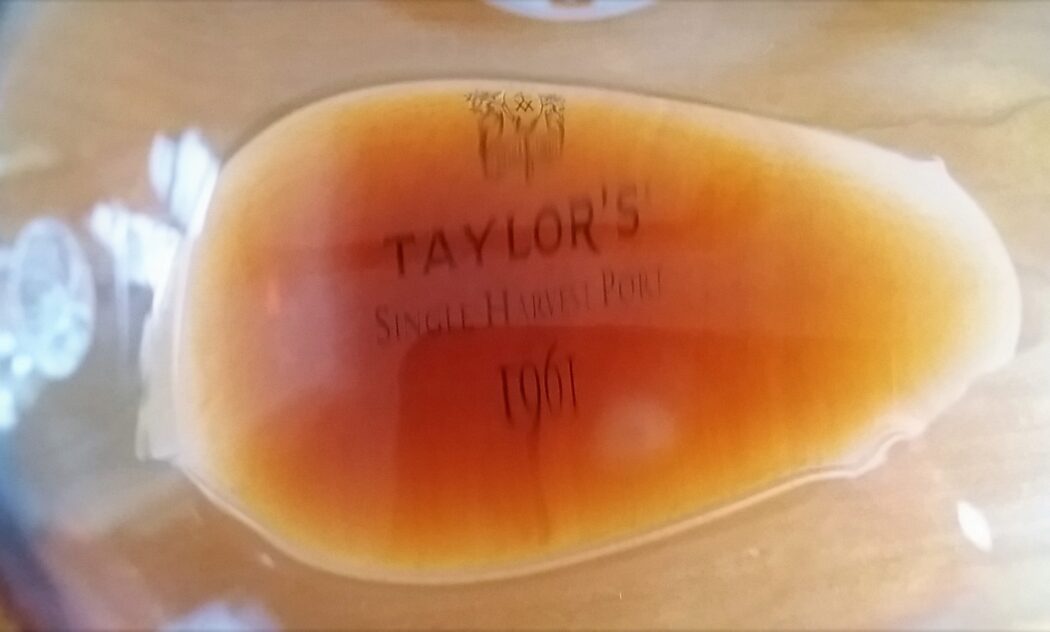 Taylor’s has annually launched a 50-year-old Single Harvest Tawny since 2014 (starting with the 1964 – links to all my reviews below).  After a ‘grey hairs’ year, here comes a greyer haired 60-year old Tawny – Taylor’s Single Harvest Port 1961 from the year in which Yuri Gagarine became the first man to go into space and, closer to home, the World Wildlife Fund was created.

As I write, its siren call, or rather siren scent, is tearing me away from my keyboard.  You’ll find my tasting note below.  I’m told it is being released in “very small quantity” – 2,900 bottles.

According to David Guimaraens, Taylor’s Head Winemaker, “Although I was not present at the harvest, the notes of the year show that there were a number of climatic challenges that resulted in high sugar levels and low yields:”

A good rainfall was well distributed throughout the year and the Winter was fairly mild.  Berry set was affected, particularly in the upper areas of the Douro by a wet and cold month of May.  A wet July was responsible for sporadic outbreaks of mildew and there was a hailstorm, which did some damage to vineyards on the higher slopes.

The first grape colouring was observed on 23rd June, which is unusually early.  Early September was very hot and some farms started picking as early as the 4th September, although the general date was the 10th.  Sugar levels were high, although the must did not “stick” to the fingers as one would have expected.  Wines took a fair amount of work particularly after the 17th and colour was quite good.  Wines not big although first impressions seem to show a little more body than last year.  Yields were low and many farmers did not make up to their full authorized production volumes. 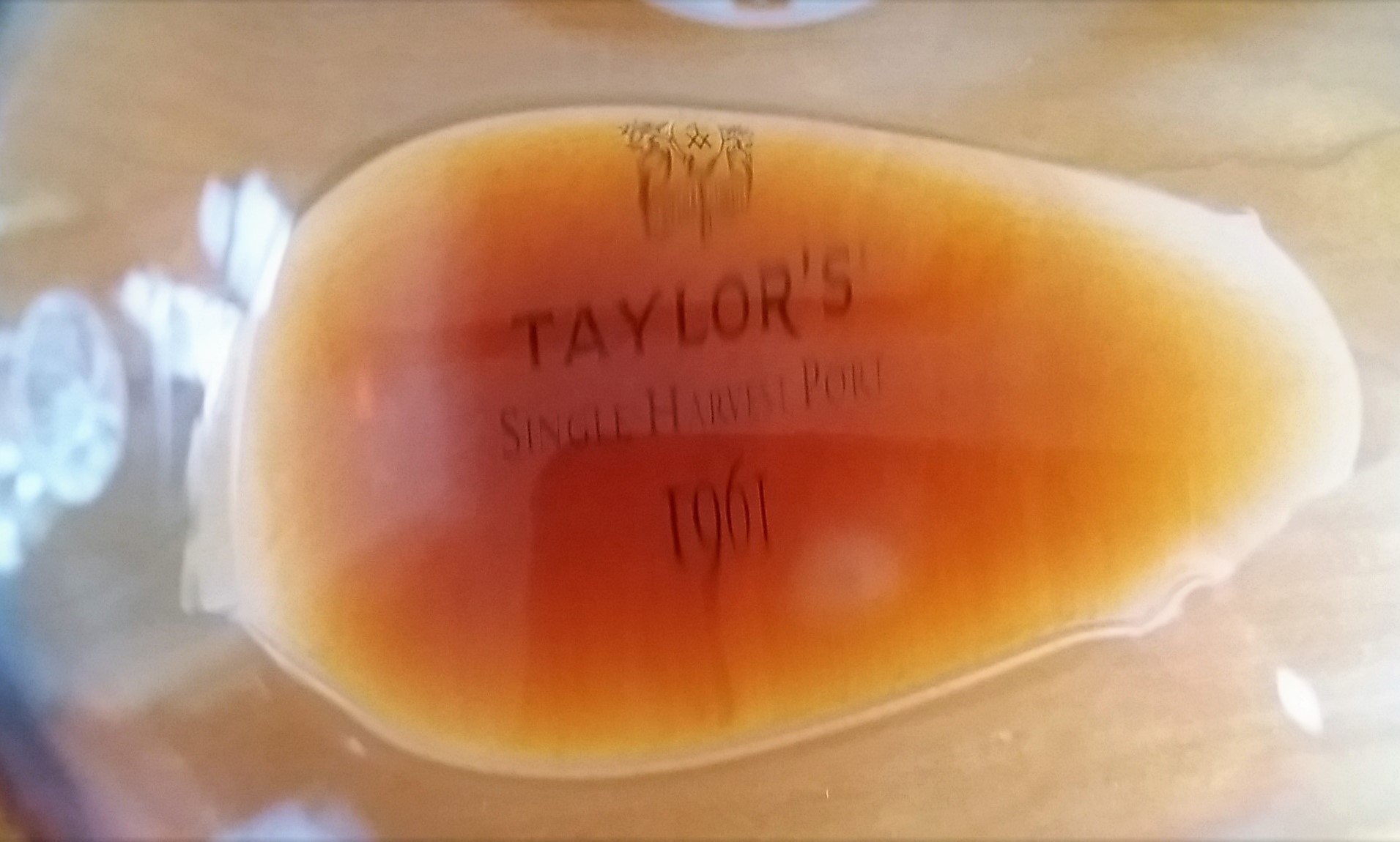 A dark-coloured tawny with a ruddy mahogany hue and saffron and olive green rim; bright but deep golden topaz with glass tilted.  Taylor’s Single Harvest Port 1961 is rich, sweet and enticing on the nose, with roasted almond, candied walnut and toasted coconut nuances to its mouth-watering fruit chutney nose.  A hint of smooth, creamy Café Crème cigar too, which follows through in the mouth.  The palate is indeed mouth-watering.  A lively, intensely concentrated core of spicy, sweet and sour apricot chutney with citrus accents makes for an animated palate.  Its swirl of nutty, spicy, cedarwood flavours sing on the long, sweet, jaggery (not quite molasses, but deeper than caramel) finish.  Jaggery in flavour and lively onomatopeic mouthfeel, this is a singular Single Harvest Port; very good.   Listed by select independent wine merchants countrywide, the price range is significant, so it’s worth shopping around.  On a quick search, here’s the sharpest price I found – £299/75cl bottle at The Whisky Exchange.

Click on the links below for my reviews of other Taylor’s Single Harvest releases (and an ultra-limited edition 1863 Very Old Tawny Port):