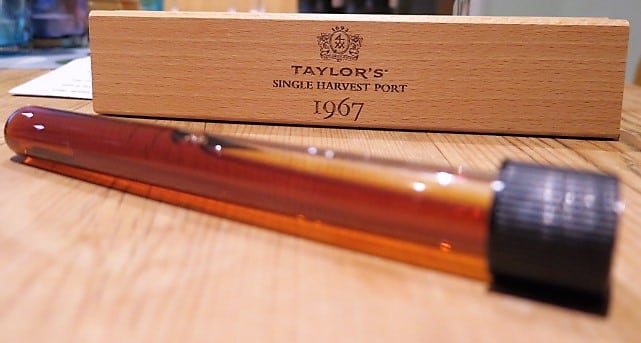 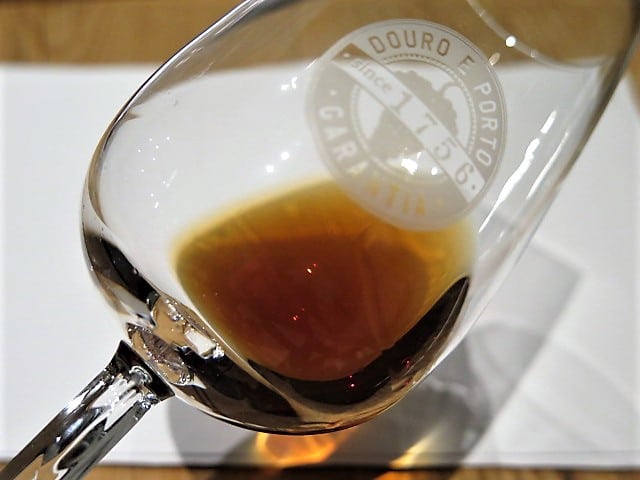 Interesting Strictly gets the first mention!  I shall now indelibly associate this Port with the dance we shall never unsee.  Yes, Gangnam Style….

My test tube sample arrived in the customary smart wooden box.  The limited edition bottle proper is presented in Taylor’s traditional frosted bottle and packaged in a wooden box.

A rich, mellow nose and palate with pronounced marzipan, roast coffee, orange peel, dried apricot, toasted coconut and a smoky, spicy finish. With a broad flavour spectrum and sturdiness, the influence of wood is more evident than I recall of previous vintages. It has plenty of concentration, if not quite the same energy or vigour as the previous releases.  That said, I suspect it would benefit a bit of air to really strut its stuff.  Taylor’s 1967 Single Harvest Port is released through UK Agents, Mentzendorff & Co with a recommended retail price of £175 per bottle.

Click on the following links for my reviews of the previous releases: