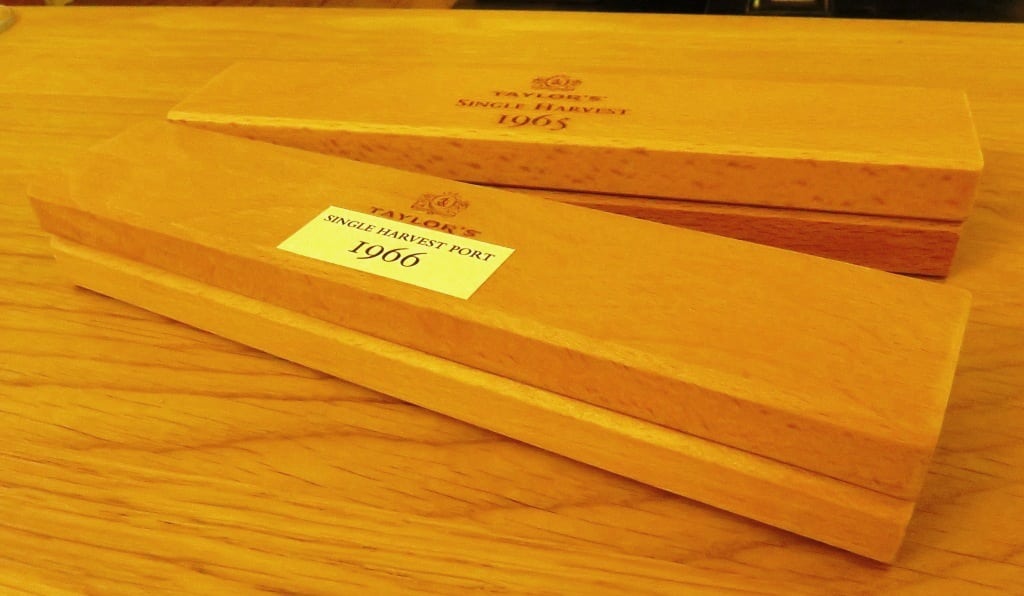 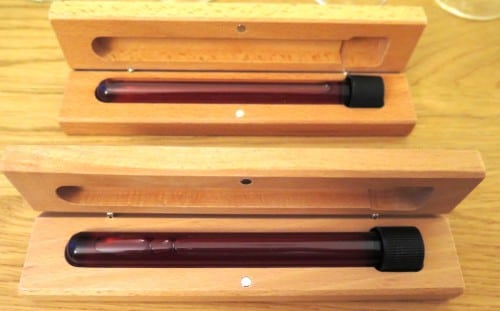 Taylor’s started launching 50 year old Single Harvest Ports last year with the 1964.  Last week I sampled the follow up vintages – the 1965 and the yet-to-be-released 1966 in a very mini vertical (even down to the test tube samples). Here are my notes. 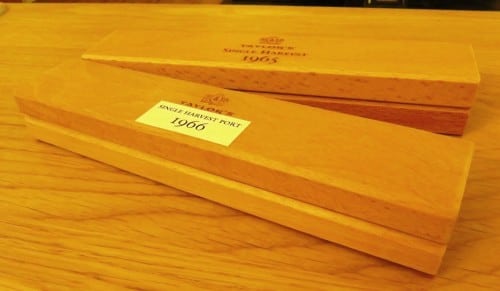 Paler than the 66 with a  broader saffron rim and a relatively restrained, quite elegant nose and palate, sweet and softly nutty, with nougat, marzipan and caramel notes which follow through in the mouth.   Spicy chutneyed fruits and salt caramel to the finish bring piquancy to a long finish with a woody timbre.  Very good.