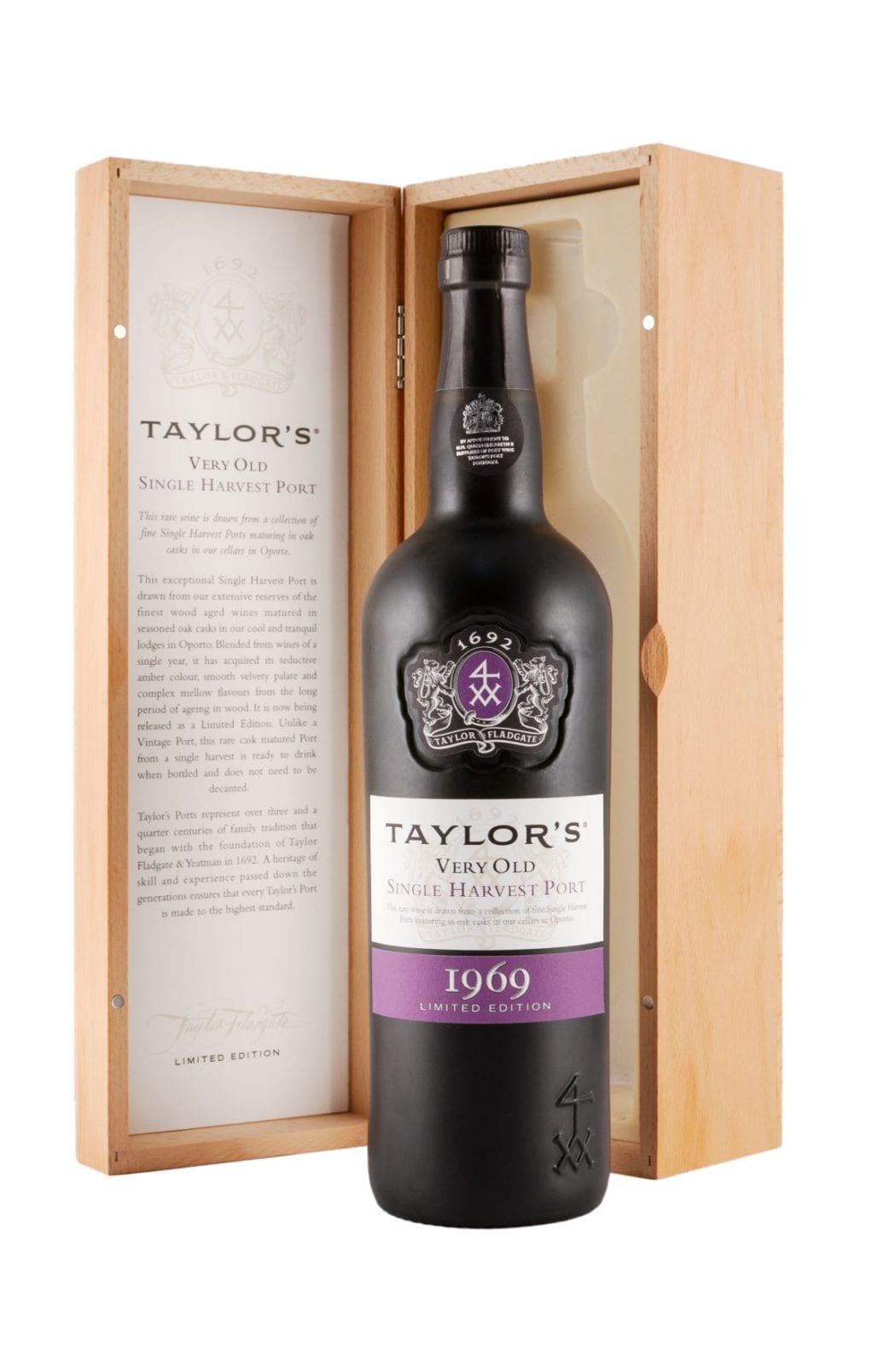 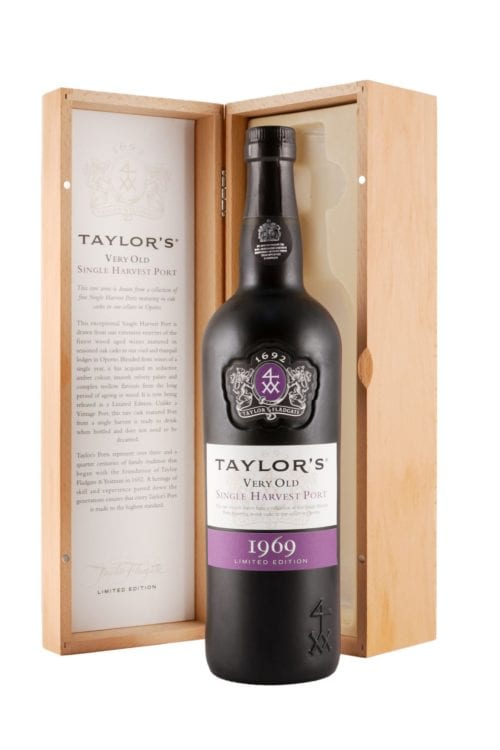 This is the sixth release of Taylor’s Single Harvest Tawny Ports (Colheitas) released on their 50th birthday.   I received the customary pre-release test tube sample, but the final article is packaged in Taylor’s signature frosted bottle and packaged in a luxury wooden gift box, pictured.

According to Taylor’s 1969 vintage report, winter rainfall from October to March was one of the highest on record. Although July and August were hot, the maturation of the fruit was delayed by the cool early Summer and consequently the vintage did not start generally until the beginning of October. So what about the resulting wine?

It is a deep mahogany hue with a rich, very smooth, dark nose and palate – mellow, rather than vigorous like the best Ports from this series (for me, the 68, 66, 65, 64).  Which is not to say it isn’t delicious.  There’s much to like here, with toasted coconut, Bourbon and singed tatin notes to the nose, which follow through on the palate.  In the mouth it reveals dried fig, molasses and woody, smoky, grilled hazelnut notes, with hints of aniseed ball and orange peel.   Very even and velvety going through, with balanced acidity and a clean, long finish. 158g/l residual sugar, 20% abv £130/bottle in bond at Lay & Wheeler, Farr Vintners