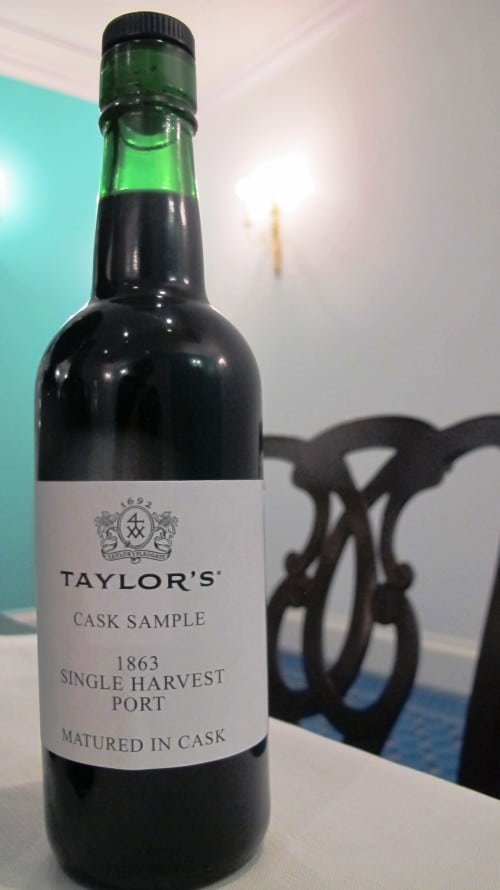 I’ve christened today Fladgate Day.  Why?  Well first thing I received an email about the 1863 Single Harvest Tawny Port (my notes from a sneak preview in December below).  Later, I’ll be tasting their new 2012 Single Quinta releases alongside Taylor’s, Fonseca and Croft Vintage Ports from 1992, 1994, 1997, 2000, 2003, 2007 and 2009.  And, as if that’s not enough, Chief Winemaker David Guimaraens is presenting six single varietal Ports from 1992 followed by a blend of said varieties.  I think we can safely say that the Port industry is very much alive and kicking with no shortage of new and uniquely new old stories to tell!

And the aim of Fladgate’s initiatives?  When I met with Fladgate’s CEO Adrian Bridge in December he expressed the view that “Vintage Port needs a price evolution – of older wines first…the Port industry has to do more to get people to drink older ports.”  So I am very sure that today’s initiatives are part and parcel of his “call to action” to excite people about older Ports.  And when he says “people” he emphasises it’s about talking to consumers in traditional and new markets – “the lesson from Bordeaux is don’t alienate core consumers, you need to be careful with allocations.”

Following on from Taylor’s Scion, which spearheaded an exciting flurry of activity on the aged Tawny front, what’s notable about this new release is that it is a Colheita or Single Harvest Tawny.  Why?  Because it has been certified as coming from 1863.  The stock belonged to renowned Tawny/Colheita house Wiese & Krohn which Taylor’s acquired in 2013.  Bridge told me “we found extraordinary old gems” and, where Taylor’s has more brand collateral (especially for tawnies of which it has 40% of the market by value), it made sense to promote the wines under the Taylor’s brand which, thanks to Scion (priced at €2,500,on launch), has shown that there is demand in the luxury market for rare, aged tawnies.  Of course, with the packaging to match.  The 1863, which is from the last great Port harvest before the spread of Phylloxera in the Douro, is presented in a bespoke crystal decanter in a wooden presentation box with a maple burl veneer and a certificate signed by Taylor’s Managing Director, Adrian Bridge.  It’s a very deep hue.  Mahogany with a saffron rim.  The nose is wonderful, with demerara-laced dates, raisins and a touch of fruity vinagrinho/chutney – volatile acidity- which is more apparent in the mouth and lends the wine a certain paciness (and initially an angularity until its flavours let rip).  And when its flavours let rip it reveals a titanic concentration of dates, dried fig and black treacle with sweet and sour tamarind – a nice balance of sweet and savoury, the latter accented by walnuts, peanut brittle and sonorous, very lingering spice box notes (incense, carraway, linseed).  Lots going on and it finishes long, long, long.  (Tasted over three days in December 2013).  Click here for my note on the cask sample which became Scion, together with a report on a Tawny blending session in which I participated at Taylor’s.

Taylor’s 1863 Single Harvest Tawny Port will be offered to the market following its launch in Hong Kong on 26 May, New York on 4 June and at this year’s London Wine Fair on 3 June. For members of the trade and press, Taylor’s 1863 Single Harvest Port will be available to taste at a seminar on Aged T)awny Port conducted by Adrian Bridge at the London Wine Fair on 3 June at 9.30am in the Masterclass Theatre.