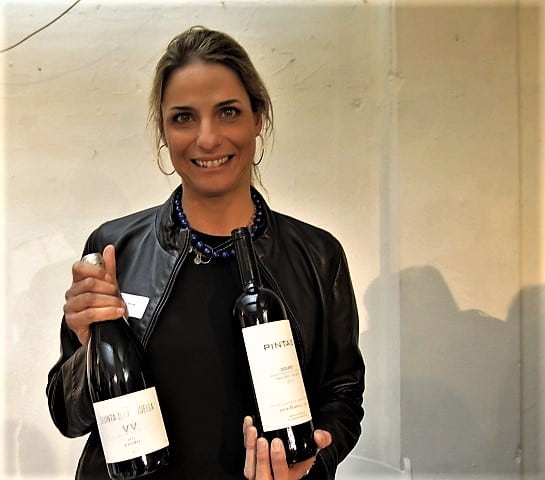 The New Douro Tasting: the glorious eleven & a half vintage 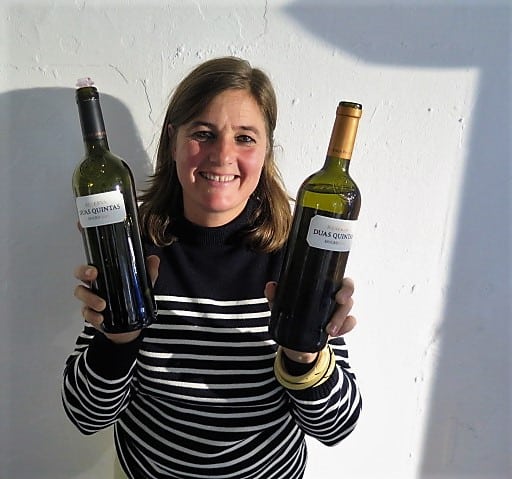 The 2015 Vintage: Teresa Ameztoy of Duas Quintas votes 11 (and a half)

The half is missing from the picture, but I could not have put it better myself.  The eleven and a half vintage is Teresa Ameztoy of Duas Quintas’ perfect description of the Douro 2015 vintage.  We agreed that it has the balance of 2011, with the charm of 2012.  It makes for beautiful 2015 reds and Ports, the best of which will be long-lived, yet have a freshness and accessibility.  It’s most definitely my favourite vintage of the last three years and, without question, a vintage to buy.

Select tasting notes (highlights) on yesterday’s New Douro tasting will follow.  Meantime, here are some photos which capture themes and favourites of the day.  First, let me kick off with my pick of the bunch (reassuringly, also my pick of the bunch at the May press preview I attended in Oporto).  Sandra Tavares and Jorge Serôdio Borges of Wine & Soul have knocked it out the park in 2015.  I’ve already written up Pintas Vintage Port (here), but both single vineyard reds, Manoella Vinhas Velhas & Pintas 2015, are stunning (pictured below with Sandra Tavares).  Corney & Barrow are the stockists. 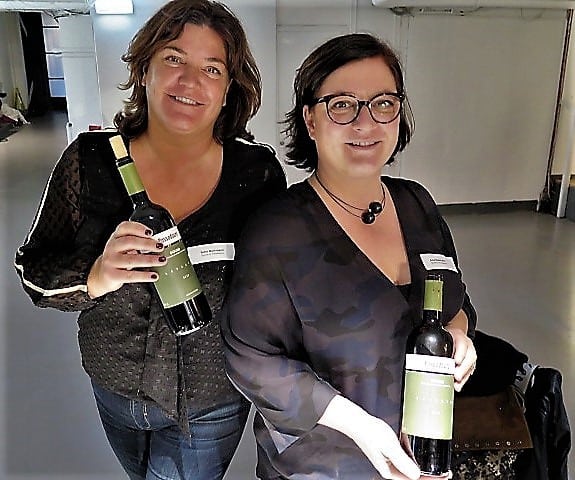 The Bohrmanns live in Burgundy where they own another eponymous estate (Domaine Bohrmann).  And it’s to France that Lima Smith (Tony Smith pictured below) looked for input on their first wines – Jean-Claude Berrouet, long-time wine director of Pétrus no less (my report on the project/first releases here). 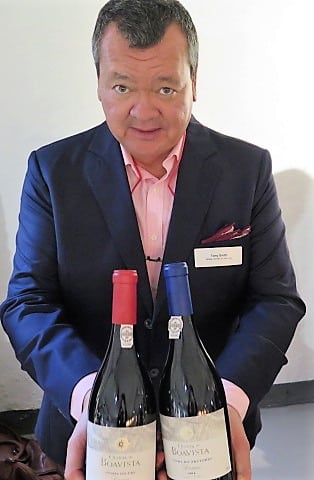 While some have looked to Bordeaux, others have looked to Bairrada.  Not for winemaking.  Quinta do Vale Meão’s Francisco Olazabal (pictured below right) knows all about that!  But for Baga.  Or, as it’s called in the Douro, Tinta de Bairrada.  It is one of three single varietal wines which Olazabal is now bottling under the name of the Vinha or parcel (more on Meão’s Baga here).  Something of a trend since, as photo-bomber Cristiano van Zeller points out, the Douro has many ‘crus,’ like Burgundy. 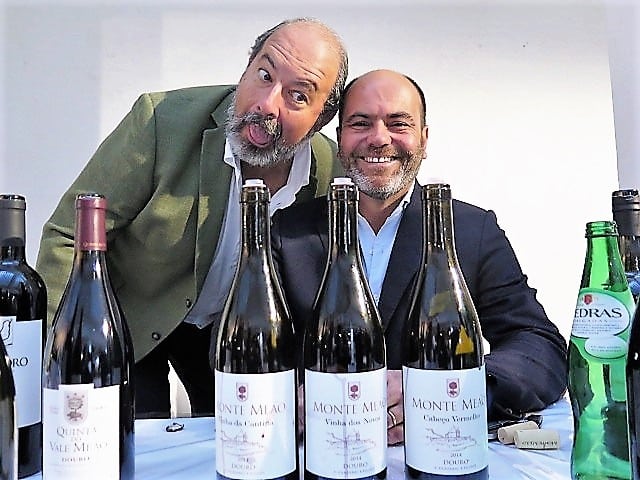 Also pulling out individual varieties is João Nicolau de Almeida of Quinta do Pessegueiro.  Since I visited a few year’s ago, he has dispensed with inoculated yeasts in favour of natural yeasts and the wines are correspondingly more characterful, both in terms of texture and flavour.  I liked the Tinta Cão and Touriga Nacional for this reason, both pictured with João (and me – the shadow photo-bomber!)  Though currently, in its (typical) ugly duckling phase, the Tinta Cão shows lots of promise, putting me in mind of examples made by his father (from 1981!) and his brother (my notes here). 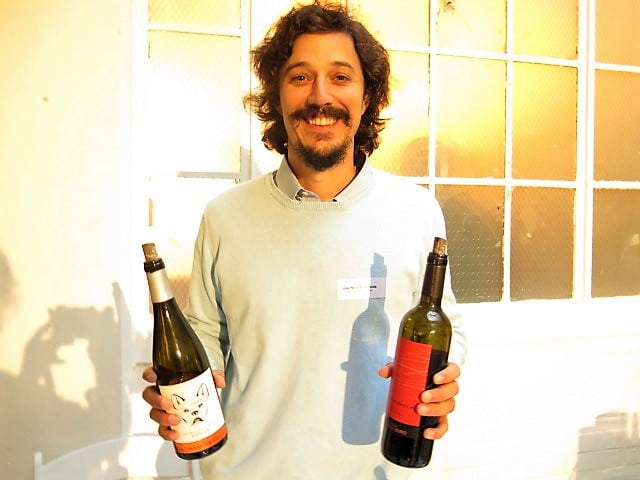 Quinta do Crasto have made both flagship single vineyard reds – Vinha da Ponte and Vinha Maria Teresa – in 2015.  However, winemaker Manuel Lobo (pictured below) told me that they will not be released until next year.  A good trend, I think, to hold back wines which are destined for the cellar.  Meantime, once again Crasto’s Tinta Roriz blew me away.  This is an exceptional, perfumed, well-structured example.  Crasto Superior White 2016 is another wine to watch.  It gets better and better every year. 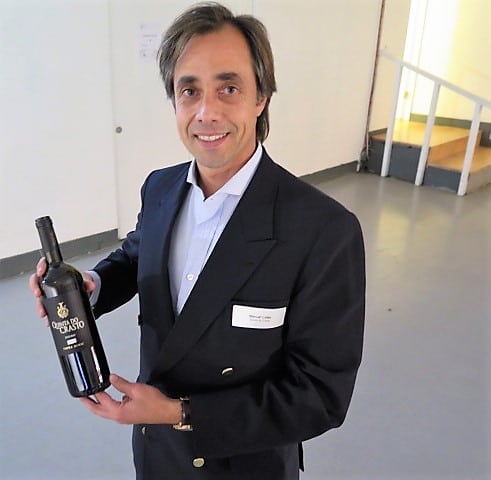 Fellow Douro Boy Francisco Ferreira of Quinta do Vallado (pictured below) showed me the new-to-me organic red from Vallado’s Douro Superior vineyard (the 2015, though it was first made in 2014).  Entirely un-coincidentally, the generally drier, warmer sub-region is the source of a fair few organic wines and it’s good to see Vallado go down that route. 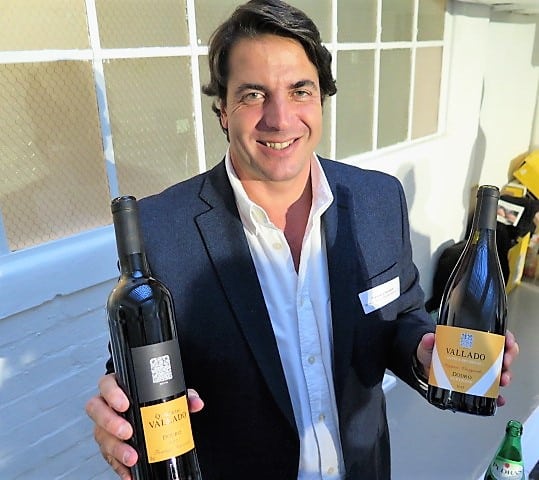 In Alentejo, Esporao are no strangers to organic viticulture.  At Quinta dos Murças, the sister Douro estate, a parcellated approach is reflected in a number of single site reds. Nuno Cabral told me that this deliciously expressive 2015 Vintage Port (pictured below) is from the same parcel as this red – Margem. 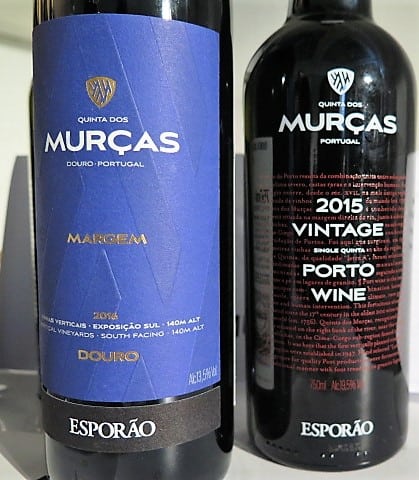 Last, hats off to Quinta de São José‘s João Brito e Cunha and his wife, Sofia, who battled football and viscious (spearing!) glass stem injuries respectively to show their wines, including another lovely single varietal Touriga Nacional.  It’s so important to come to the market to show and speak to your wines.  Showcasing the latest vintage, regionally focused and well attended by winemakers and principals, Tasting The New Douro is an important annual event.  Long may it continue. 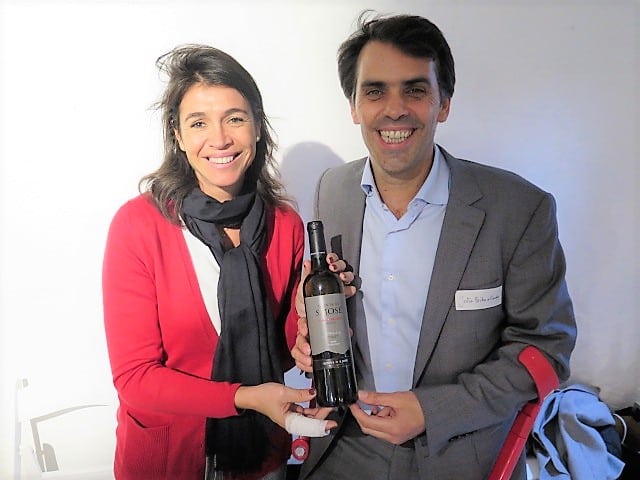