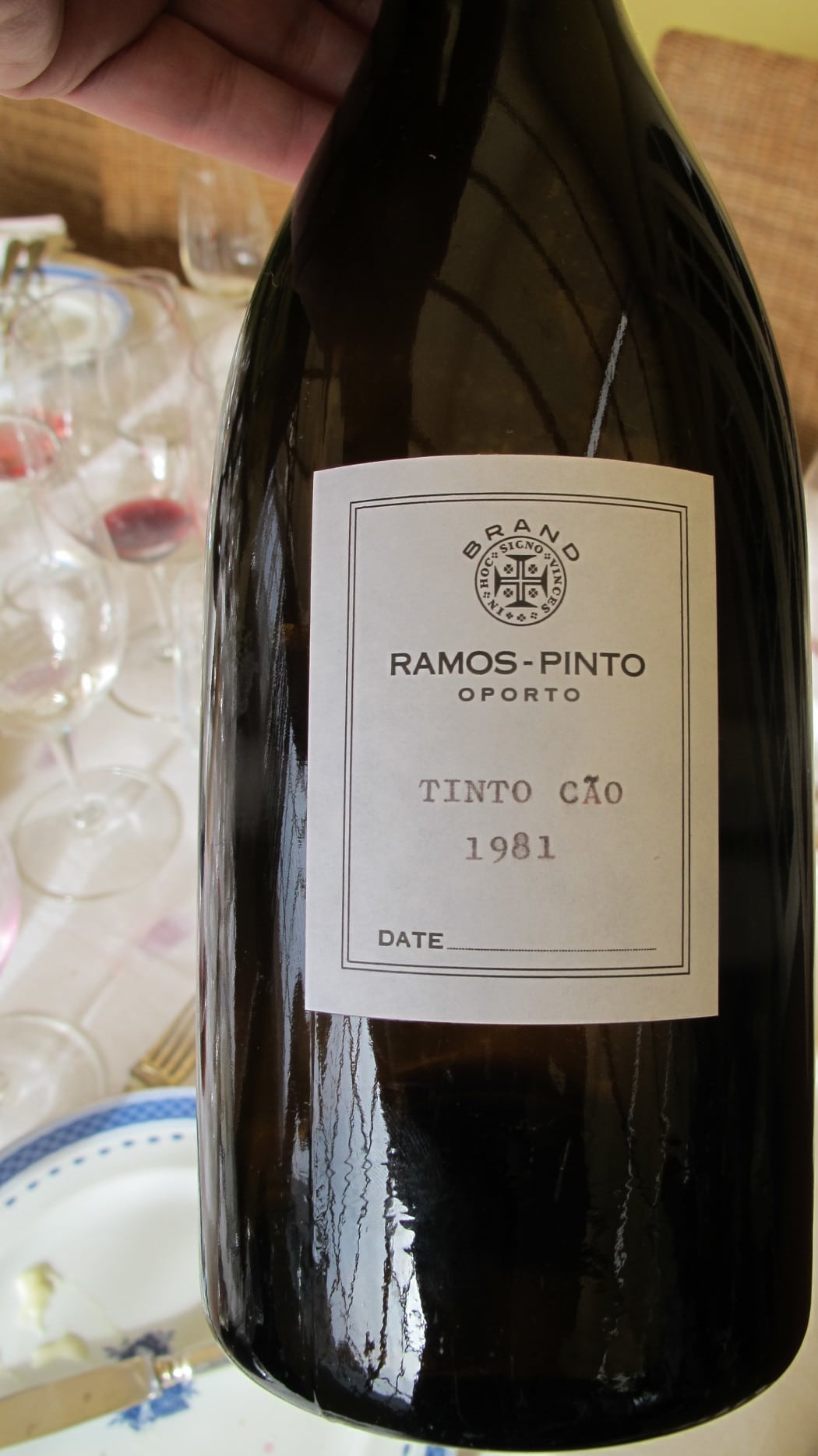 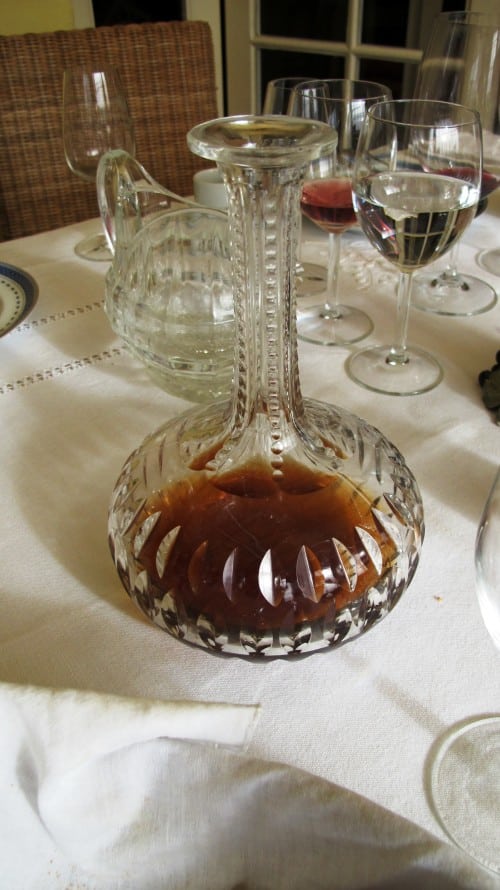 Last month I sat down for lunch with two winemaking generations of the Nicola de Almeida family. And I tasted the work of at least another two when Joao Nicolau de Almeida opened this bottle of VV Tawny – VV stands for Vinho Velho, meaning old wine.

It was made by Nicolau de Almeida’s father, Fernando Nicola de Almeida (of Barca Velha fame), whom his son said described Vintage Port as wine and Tawny Port as Port. Why, you might ask when, in my experience most associate Port with purple palate-staining Vintage Port?

The answer makes perfect sense – he explains, because Tawnies are less about what nature (one vintage) delivers and all about the art of blending. A point well illustrated when I tasted components of Ramos Pinto’s 10, 20 & 30 year old Ports spanning more than a century with Nicolau de Almeida and Ana Rosas, the company’s Port winemaker a couple of weeks ago (about which more later).

Here are my notes on the Vinho Velho Tawny plus, while we are playing the generation game, an inter-generational pair of Douro reds, both made from Tinta Cão. 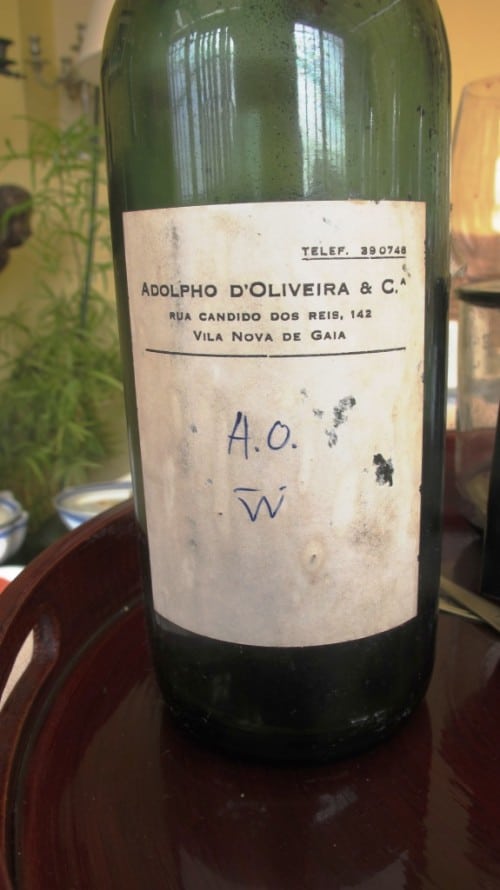 Six generations of the Nicolau de Almeida family have made Port and wine in the Douro. Joao Nicolau de Almeida’s grandfather, also Fernando, was Ferreirinha’s director of wine-making (it was then a Douro wine emporium in Gaia as well as one of the most important Port Houses). In 1930, while still at high school, Joao’s father helped out in the tasting room at Ferreirinha and, he reports“his wish to become a pilot one day vanished in front the vats filled with wine. Wine became his world….” And much the same happened to Joao and his twin brother, who would accompany their father on his regular trips up the Douro Valley. The boys were required to take notes on which their father later tested them! Joao reckons that he probably washed the barrels in which this Tawny matured. It’s a fabulous wine. Very spicy on the nose, pungent even, though in an appetising, mouth-watering kind of way. And the saliva glands correctly predict that this is a Port to tickle the taste buds. It retains a body of (dried) very spicy fruit, with notes of liquorice, coffee and almond macaroons. Without an ounce of torrefaction and with elegant freshness it is very persistent. Building in the mouth as it opens up, it delivers a crescendo of sonorous dried spices to the finish. Lingering and very lovely. Outstanding. 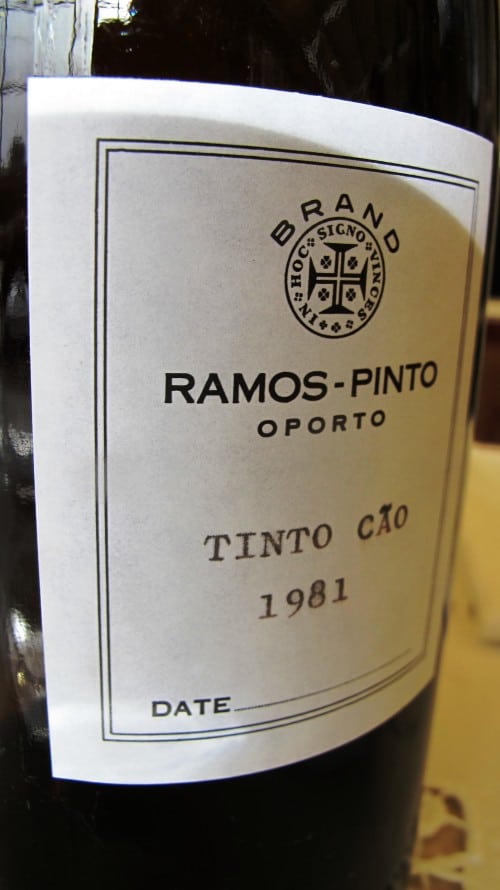 Under the stewardship of his uncle José António Ramos Pinto Rosas, Joao Nicolau de Almeida carried out a pilot study of Douro grapes varieties at new model vineyard Quinta de Ervamoira, the Douro’s first block planted vineyard (here you can read about my visit to Quinta de Ervamoira). This wine, which was never commercially released, is an outcome of this study. A very powerful one I might add, which is surprising when you consider that the vines were only five year old. It’s not the only surprise. Given that Tinta Cão tends to produce quite pale wines I’m taken aback by its inky deep hue. According to Nicolau de Almeida the variety actually gains colour with age! It’s certainly a colourful wine with oodles of character – really wild with its bitter dark chocolate, eucalyptus and camphor. Though a memory of black fruits lingers, this is a very dry wine.  But it has a striking intensity of flavour.

Muxagat is Joao’s son Mateus Nicola de Almeida’s label. Like the Ramos Pinto, this Tinta Cão is from the Douro Superior and its shares the older wine’s bitter chocolate quality and intensity. I see the familial connection between the wines and their makers. Cisne is co-fermented with (7%) Rabigato and aged for three years in old oak barrels in an effort to tame its wildest excesses. Still, it’s a very intense wine with deep-seated inky/floral, bitter chocolate and spice notes to its tight, well-defined black currant and earthier raspberry fruit, a touch of greenness too. Ripe but firm tannins and acidity forecast a long life ahead. As they say in Portugal, it is not a “consensual” wine. It will certainly benefit from time in bottle. But there is no denying it has character in spades. Singular and, like an intense person, inwardly-focused and initially reserved, but then the ideas come in waves…and they’re good ones, with a fine pedigree at that!