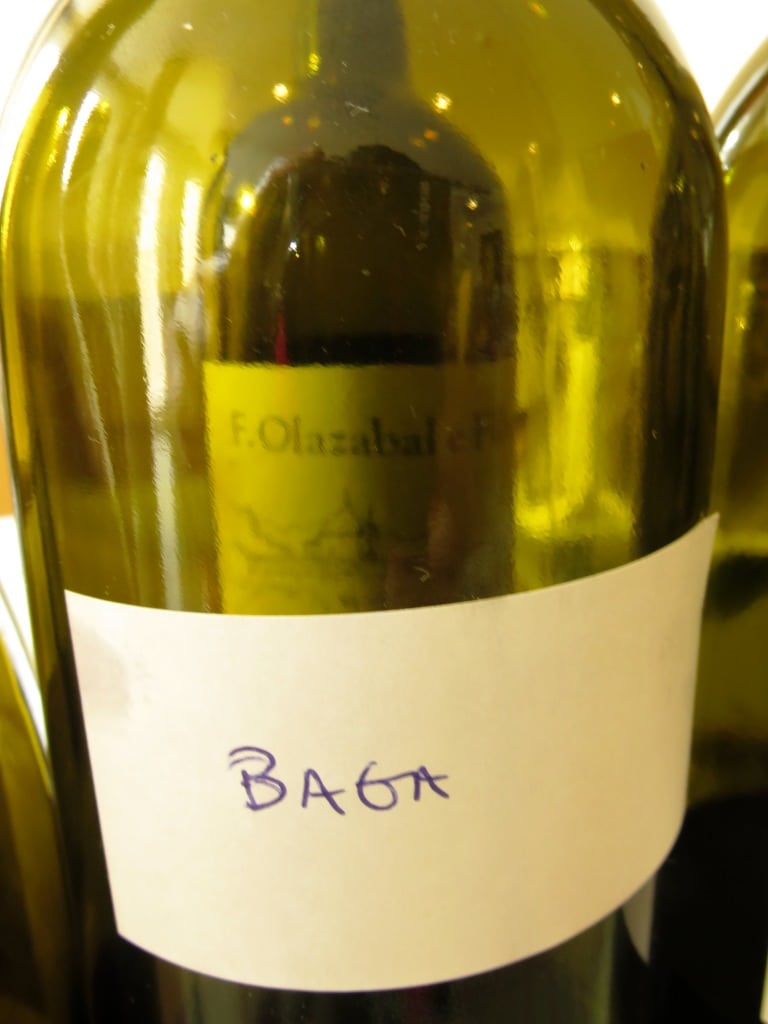 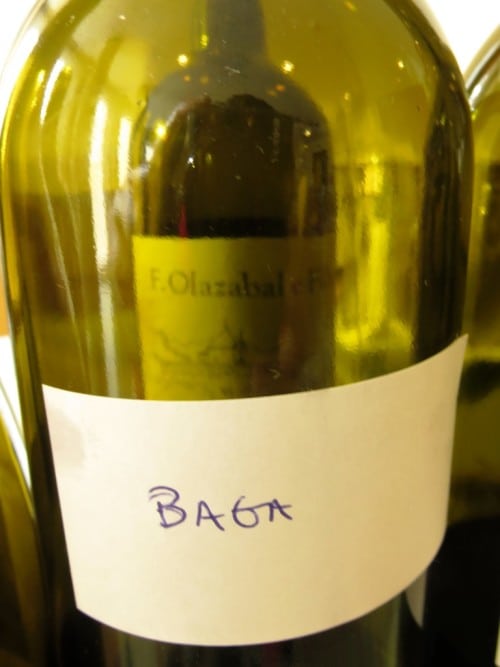 During October’s visit to Quinta do Vale Meão,  Francisco Olazabal (Xito) produced a cask sample of single varietal Baga for us to taste.  Referencing its region of origin, it is known in the Douro as Tinta da Bairrada (where it is a permitted Douro DOC variety).  He told us most old vineyards have a bit, although his Baga comes from the estate’s more recent plantings.  The grape is planted in Meão’s atypical granite soils (Meão is planted on a fault line so boasts schist, alluvial and granite soils).  The Baga vines (one hectare) are five years old and produced their first crop in 2012.

The winemaker’s trials suggest that, in the Douro, Baga grapes produce “lighter, less alcoholic wines with very good acidity and very different aromatics from other Douro grapes.”  We agreed that the medium-weight 2013 almost tastes as though it’s not from the Douro.  On the other hand, it’s not like an example from Bairrada either, it’s much less highly strung.  But, pleased with the results, Olazabal definitely plans to bottle it and has made it again in 2014, a sample of which I also tasted. It was darker, more extracted than the 2013, plus the oak was understandably more evident, so it seemed a touch more Douro.

So what does Douro Baga taste like?  It would be silly to draw any definitive conclusions given I tasted cask samples and from only one (young site) in the Douro Superior.  But Meão’s Baga certainly has the floral accent and less voluminous fruit which I associate with the grape.  The bonier tannin structure too, which starkly contrasts with the powerful, broader and more sucrous tannins of the Douro’s best known grapes (Touriga Nacional et al).  And, as Xito pointed out, you can tick the good acidity box.

However, compared with Bairrada, the Douro’s relatively hot, dry climate  produces riper florals, fruit, acid and tannins, which means that the wine seems a little broader and more developed than a young Bairrada equivalent. Though I detected violets, even peony notes, the accent was on pot pourri florals.  I reckon the Campari hints, including aniseed, point to the use of 30% stems; I like this character, even if it has become trendy and somewhat ubiquitous.  Riper acidity and (fine) tannins are rolling, rather than racily or edgily persistent (which for some will be a blessing!)  The red cherry and plum fruit is smudgier, a touch baked, not as vibrant or well-defined as young Bairrada Baga. Come to think of it, its dark chocolate, orange peel, pot pourri and membrillo spices put me in mind of mature Baga too.   But I liked this wine, especially the fact that it’s mid-weight and a touch will-o’-the-wisp – less forceful in its fruit and structure than your average Douro red. A quality which allows its minerality to shine.  It’s an unusual minerality for the Douro. Glimmers of (granular) sandstone and quartz, rather than firmer, slatier and saltier schist.  In short, this is a pretty unique expression of the Douro.  I look forward to tasting the final wines.