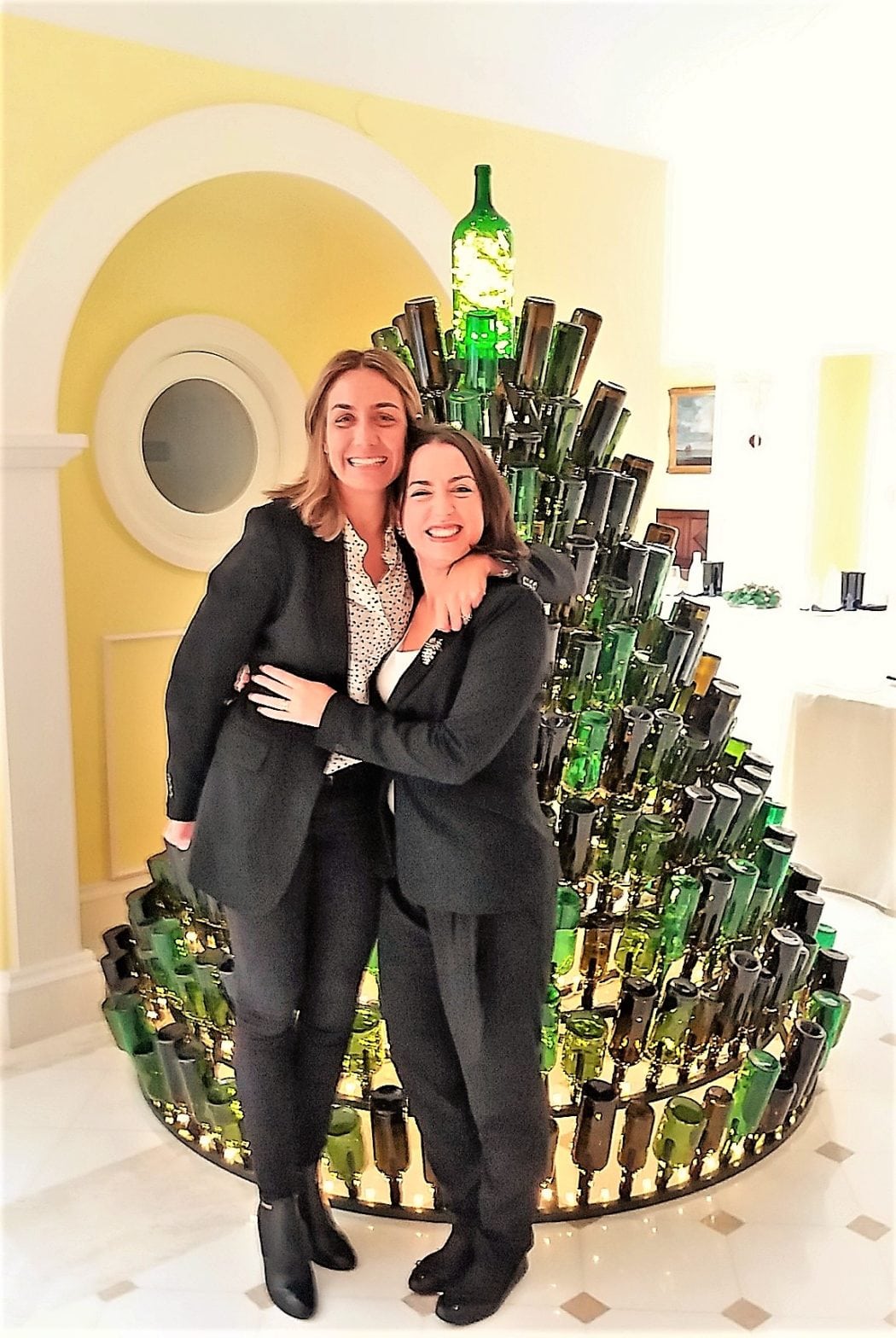 The Yeatman Christmas Experience – a masterclass in Portuguese wine 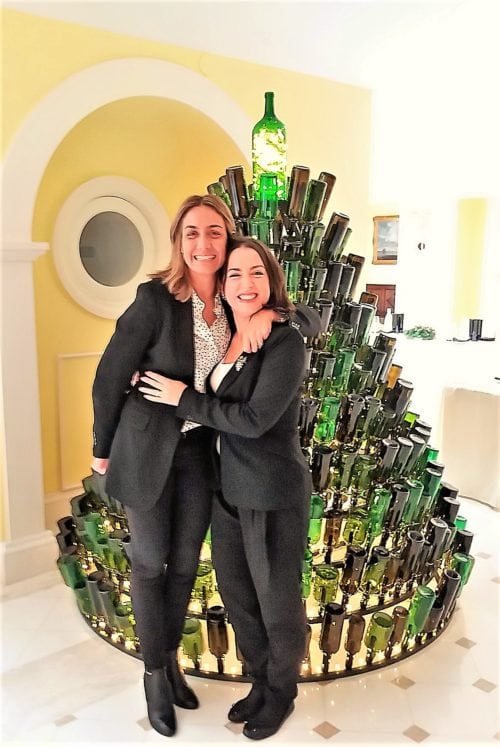 The festive fun started early for me this year.  And danced to a vinous tune.  Portuguese with a hint of Brit.  Curated by the hotel’s Wine Director Beatriz Machado (pictured left), The Yeatman Christmas Experience in Oporto got the (snow)ball rolling. 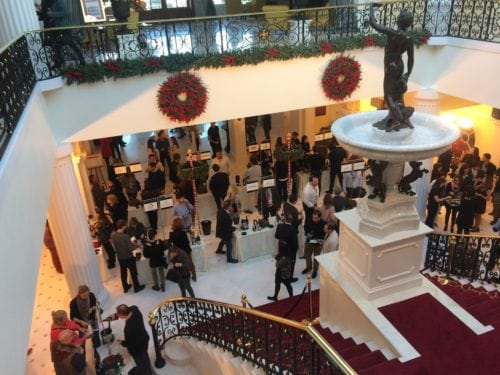 A snowball which has gathered in momentum and size.  This year, no less than 70 producers showcased their wines to over 1100 people. For Quinta do Perdigão’s Vanessa Chrystie, The Yeatman Christmas Experience is the country’s premier consumer wine event of the year.  This video gives you a glimpse of this year’s buzzy event. 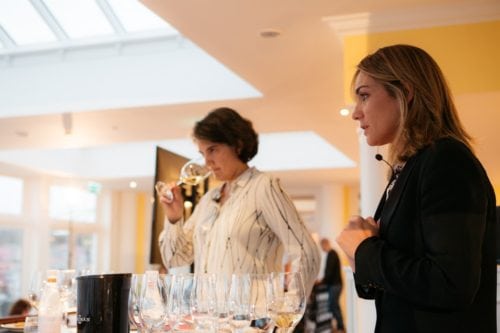 We selected eight medal winners – from Bronze to Platinum (3), including one of Portugal’s two Best in Show Platinum winners.  Believe it or not, of the 16,000 wines entered (some 850 from Portugal), only 31 received this coveted (Platinum – Best in Show) award and just 130 platinum medals were awarded in total.

It’s a testament to the rigorous judging at Decanter World Wine Awards – me and my panel of Portuguese specialists want to be sure that medal winners, whether Bronze or Best in Show, deserve our seal of approval.  For the very best, I put wines to the Stephen Spurrier test and ask what more could this wine do?  If the answer is nothing, Gold with a shot at Platinum is its reward.

How do we assess wines?  It’s about benchmarking them against the best from their region/category – we are looking for quality wines of harmony, flavour intensity and character which reflect the typicity of a region, grape or wine style.  We also take into account whether they represent value for money alongside the competition from the rest of the world. 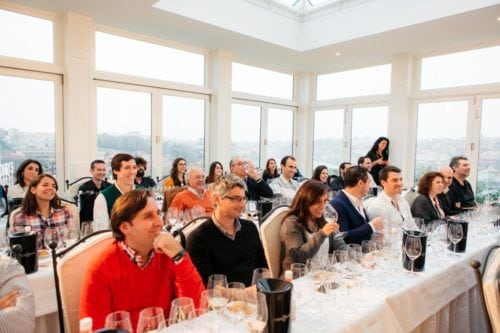 As for our masterclass selection, Machado and I opted for a range of medals and styles – sparkling, white, red and 3 different types of fortified – to showcase Portugal’s strength in diversity.  Beatriz and I were also keen to show grape varieties and wine styles which have performed consistently well at DWWA.  Marriages made in heaven between grape variety and region, which we wanted to celebrate with our audience. All the wines were made by producers who are ‘Wine Partners’ at The Yeatman. 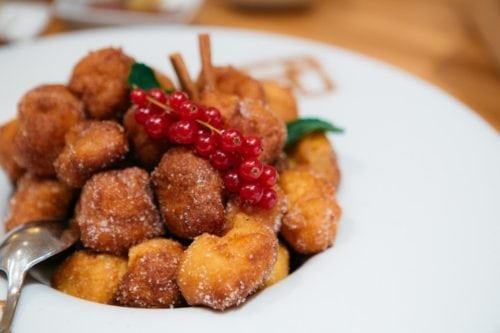 For both of us, it was interesting to re-taste wines which we had judged several months earlier.  Bar one wine which we (unofficially) promoted from Bronze to Silver (thanks to the oak having become more integrated), the April awards were spot on. 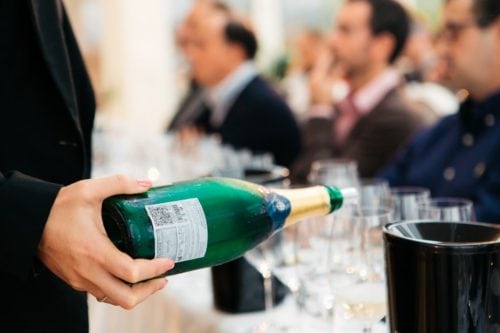 We only see a small flight of sparkling wines each year, but it is growing.  Bairrada holds the distinction of producing Portugal’s first method Champenoise sparkling wine (in 1890).  No other region of the country has so many sparkling wine producers or such extensive cellars. São Domingos’ cellars are home to over two million bottles of bubbly.  Much as there are a good number of producers working with Champagne varieties, I’m all in favour of putting the double b into bubbly – Baga from Bairrada.  Vinified as a Blanc de Noir, this intensely mineral, high acid grape is brilliantly well suited to the genre.  Aged for 24-36 months on lees, the fine beaded São Domingos Baga Bruto Sparkling 2009 showcased the Atlantic region’s freshness and, with a light touch of autolysis, didn’t detract from the grape’s minerality.  A very sound Bronze Medal winning example.  Click here for another benchmark example, together with Launceston Place’s brilliant canapé suggestions for it. 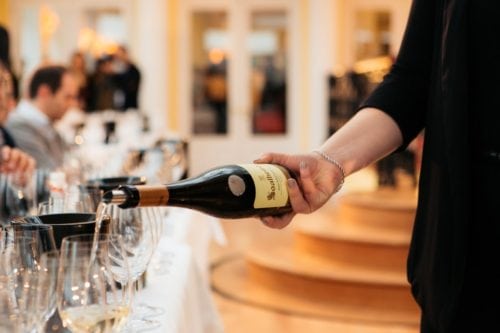 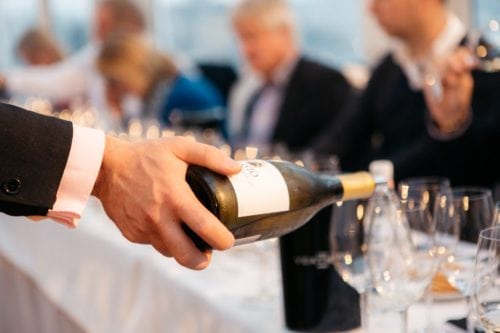 This is the wine which Machado and I unofficially promoted from Bronze Medal to Silver Medal on account of its better oak integration.  Several months on, its detail – minerality, delicate, fresh and zingy citrus fruit and subtly textural lees – is coming to the fore.   Funnily enough, when we tasted an over-chilled glass on the morning of the masterclass, it reinforced our original impression.  Another useful reminder about the importance of context/timing when tasting.  The team took great care to get the serving temperature right in the masterclass.  If we had gone a step further and played around with glassware, I reckon Riedel’s Veritas Oaked Chardonnay glass would have really teased out this wine’s texture and complexity like it did for La Prova Fiano 2015 at the Australian Alternative Variety Wine Show’s Riedel masterclass the previous month. 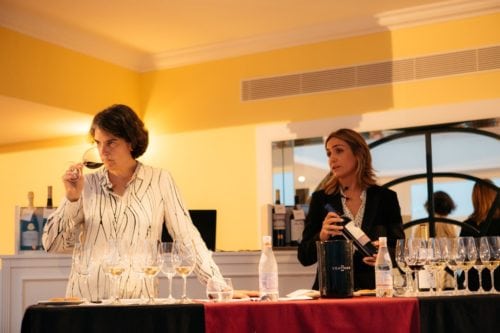 With vine age (and viti/vini-cultural) experience, Syrah has shown itself to be a consistently good performer in Alentejo.  I’m a big fan of Monte da Ravasqueira’s Syrah/Touriga Franca blend from a single vineyard – Vinha Romas – from which this Syrah also comes.  As for using Viognier as a blending partner, it transpires that Pedro Pereira Gonçalves (Ravasqueira’s dynamic Chief Winemaker) honed his skills around this classic Rhone blend in Australia’s Canberra District.  It produces one of my favourite examples of the genre – Clonakilla Shiraz Viognier. Gonçalves told me that, since studying the effect of the addition of different percentages of Viognier to Syrah (in either skins, grapes or lees form), he fell in love with co-fermenting them.  And concluded that “the balance and harmony of the wine was perfect” when you added 3-4% of Viognier skins.  It’s a good example – with the structure which Gonçalves seeks, ripe but well defined Alentejo fruit and the freshness which this estate so reliably delivers.   It will be even better – perhaps warranting a Gold – when the oak (100% new) settles down.  Silver Medal 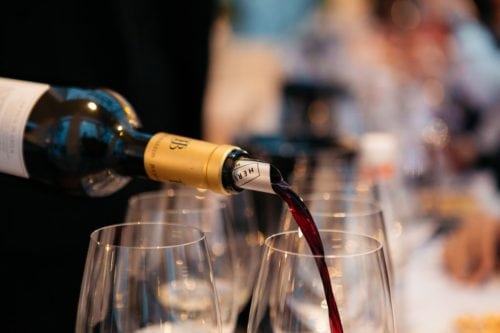 Syrah performs well in Alentejo, but the region has really scored with Alicante Bouschet.  The Grenache/Petit Bouschet crossing thrives here like nowhere else.  I love the signature savoury intensity, dryness and structure it brings to this blend of 50% Alicante Bouschet, 35% Syrah and 15% Petit Verdot and was intrigued by Julio Basto’s comment “Petit Verdot is going to be the Alicante Bouschet of the 21st Century.”  Fighting talk!  He gave me samples of his 100% Petit Verdot and 100% Alicante Bouschet to taste so I’ll get back to you on that soon!  What this vintage – 2010 – lacks in concentration and length, this wine makes up for in drinkability.  I like its clever if improbable sounding combination of savouriness verging on rusticity with elegance.  Bronze Medal

Setúbal’s Moscatels – whether rare pink tinged Roxo or the more ubiquitous white grape – are prolific medal winners.  Bacalhôa regularly bag a Best of Show Platinum for Best Fortified under £15 with their perfumed, very refined Moscatels from the region’s north-facing (cooler) clay and limestone slopes of the Serra da Arrábida (this year their 2013 Moscatel took this honour).  Casa Ermelinda plough a different furrow. With 174.6g/l residual sugar, it’s a toothsome example with the generosity so typical of those wines which come from the Pliocenico de Pegões’s free draining mineral rich sandy soils on flatter land.  With attractively bitter nuances of marmalade and peach tea and buttermint lift to its sumptuous fruit, this crowd pleasing Roxo bagged a Silver Medal. 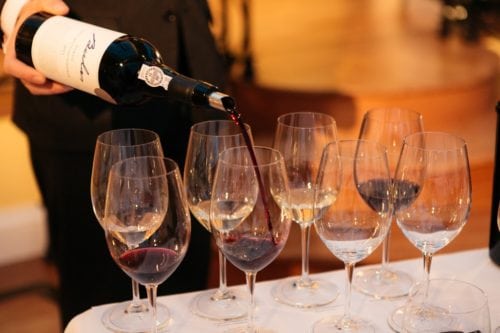 Bulas came to Machado’s attention (and were subsequently listed at The Yeatman) as a result of this wine’s Platinum Medal (Best Vintage Port over £15).  Bottled after four years, this blend of Touriga Nacional, Touriga Franca & Tinta Roriz from a top notch vintage captures both Touriga perfectly with its fleshy black cherry, perfume of violets of orange blossom/oil and bitter chocolate notes.  Tinta Roriz contributes some nice raspberry fruit to this heady mix.  It’s an exuberant Port – fresh and, with fine tannins, very accessible. Machado served it lightly chilled to put the emphasis on its finer details.  I reckon this would be a winner with a chocolate and raspberry dessert.  Yum. 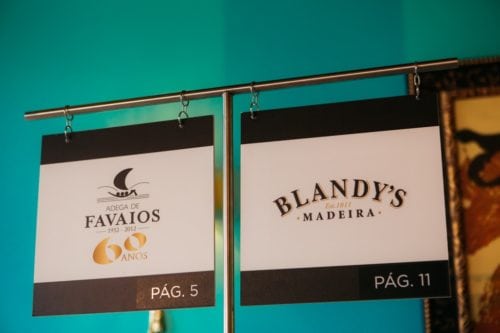 Covered from tip to toe – the nation’s fortified – top Moscatel do Douro from Favaios, top Madeira from Blandys

Naturally, our finale zoomed in on one of those rare Best of Show Platinum medal winners – just 31 wines from over 16,000 made the cut. As befits a wine of such stature, it would have been quite wrong to spit it.  I don’t believe anyone did.  Certainly not me.  Not during the morning rehearsal or the afternoon masterclass.  It features in my top 20 Madeiras of the year – my notes on all 20 here.

Suffice to say, with wines like these I’m delighted that there is an appetite to repeat our sell out masterclass next year; indeed, repeat it over the weekend – on each day.  So producers, please send us some goodies – Decanter World Wine Awards 2017 is now open for entries.  And readers, I’ll keep you posted about next year’s plans.  Together with Simplesmente Vinho (a wine fair for the little guys), The Yeatman Christmas Experience provides a great opportunity to visit Oporto and taste Portuguese wines from the great and the good.