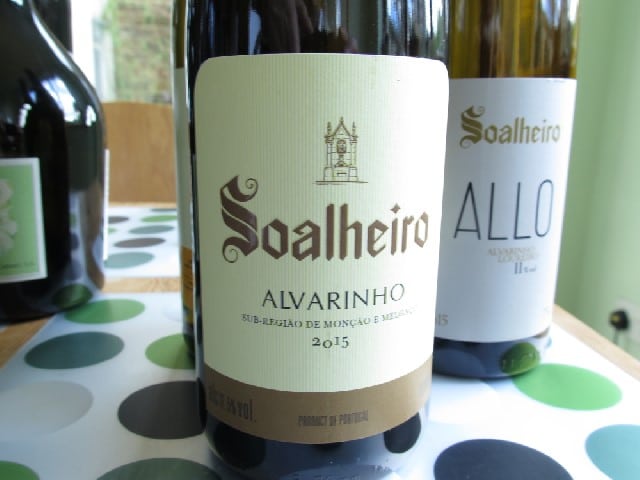 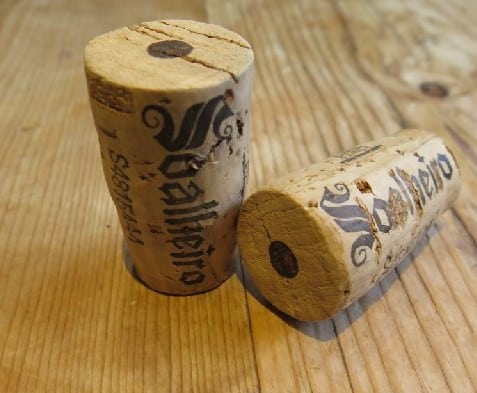 The proof is, as they say, in the pudding.  So it is with the first two releases of Quinta do Soalheiro Vinho Verde from this much fêted estate and the much fêted 2015 vintage.  Winemaker Luis Cedeira confirms that 2015 was “a perfect and consistent vintage.  The summer months and specifically August had moderate temperatures and cool nights that favoured slow maturation and the concentration of the varietal aromas on the grapes.  The beginning of September dry contributed to a perfect balance in the Alvarinho.”

Here are my notes – the wines tasted last week.  Incidentally, I love the bullseye on the cork – never seen that before but it’s useful! 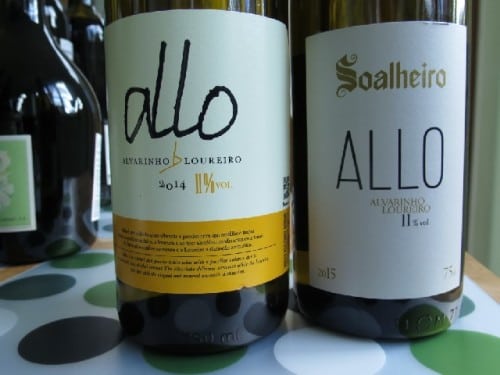 A blend of Vinho Verde’s top grapes, Alvarinho and Loureiro, the latter from Lima.  A new front label sets a more serious tone (even if the back label references BBC sitcom “Allo Allo”!) 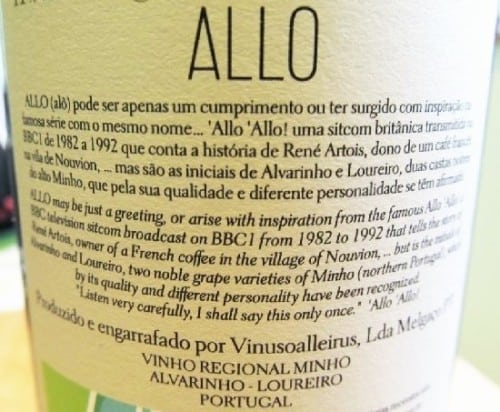 Another new and idiosyncratic humorous touch

And the wine is more serious too. Seemingly drier (it’s not, both vintages are around 3.8 – 4g/l) and more complex (it is) than the fruitier 2014.  Which is interesting when the 2014 had just 15% Alvarinho and the 2015 is 50:50 Alvarinho/Loureiro. I think of Alvarinho as the fruitier force! So I guess it comes down to specific sourcing and a vintage which Cerdeira describes as “fresh and intense.” The 2015 has lovely aromatic lift – the Loureiro’s floral notes mingle with Alvarinho’s perfumed pear.  Hints of hops, pear skin, minerals and celery salt bring interest.  Juicily persistent, this is super-drinkable.  11% 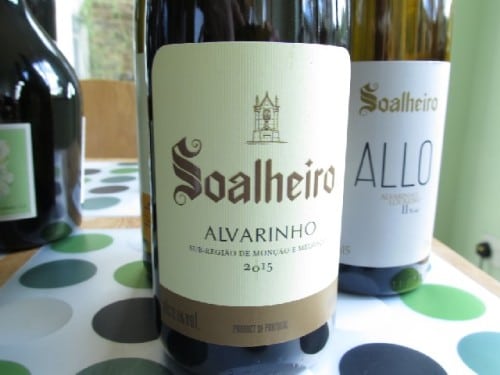 Sourced from several small vineyards on granite soils at 100-200m in Melgaco.  A stunning year produced a stunning example of this benchmark Alvarinho.  Intensely perfumed, fresh, very mineral with lychee, honeysuckle and, as it opens up, sweeter passionfruit and super tangy yellow peach – the red bits close to the stone or skin. Brisker lime notes, a touch pithy, lend drive and focus to a very persistent, beautifully balanced finish.  Tip top stuff.  12.5%