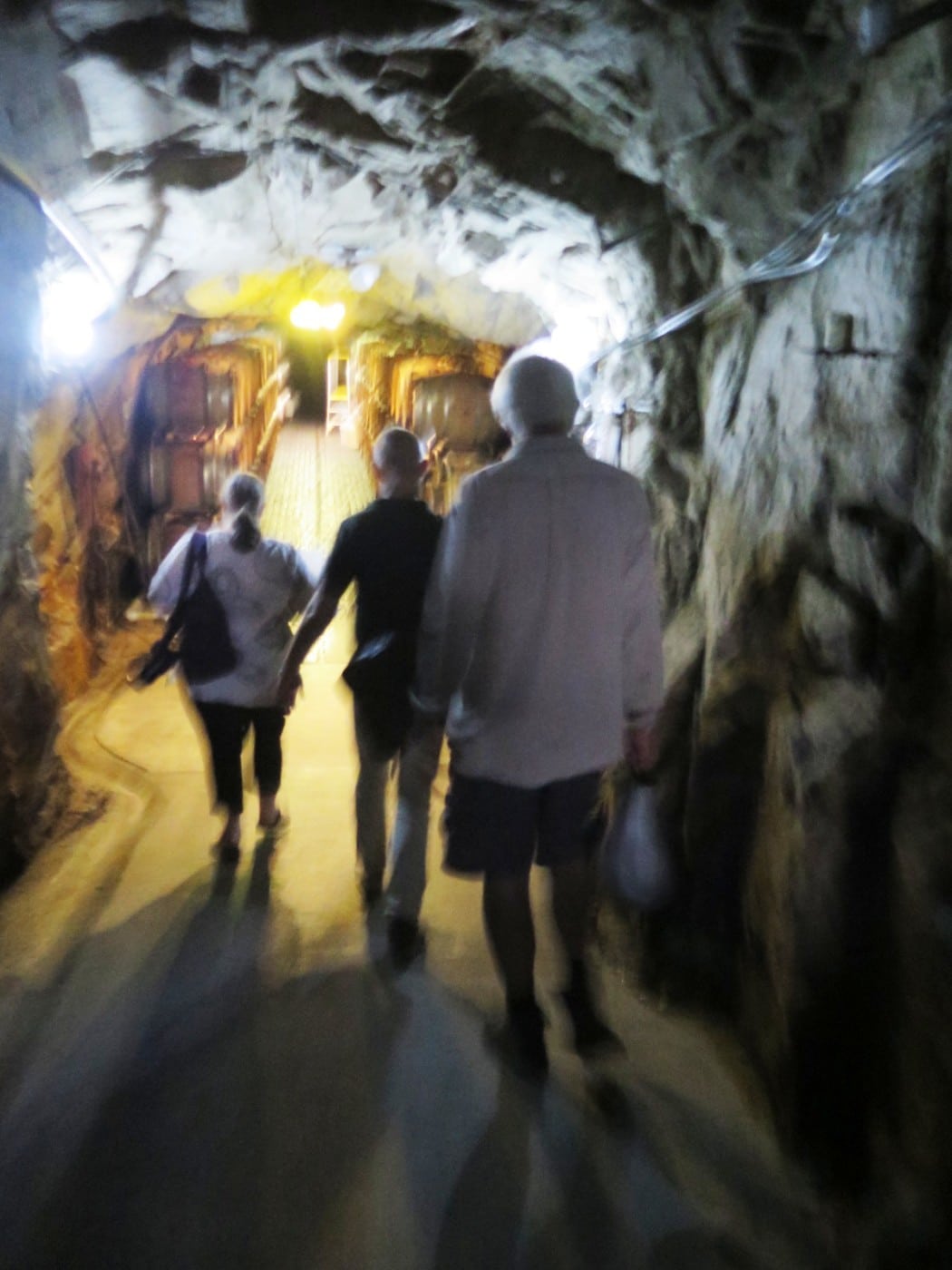 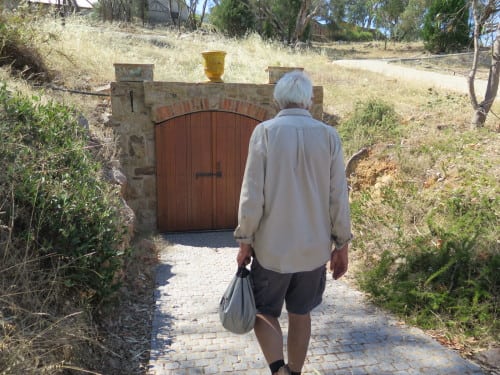 If the cool confines of Julian Castagna’s light and airy kitchen provided respite from March’s searing heat, neighbour Rick Kinzbrunner’s underground cellar at Giaconda was heaven under earth!  Twenty-five metres underground, Kinzbrunner said it never gets hotter than 17 degrees centigrade and, at 90%, humidity is high, which reduces evaporation and, it follows, alcohol.  Conditions which he acknowledged provide a “retreat” for humans, not just the wines. 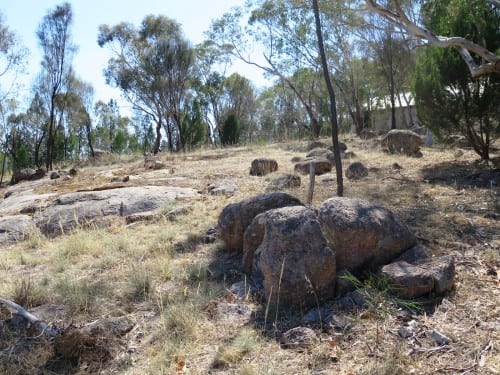 The former engineer used 2.5t of dynamite to blast it out of Beechworth’s 600 million year old granite rock, whose characteristic boulders litter the earth’s surface.  The 2016 Chardonnays were fermenting away in the cellar’s humid confines.  And with another early growing season and vintage, the reds were already picked too. 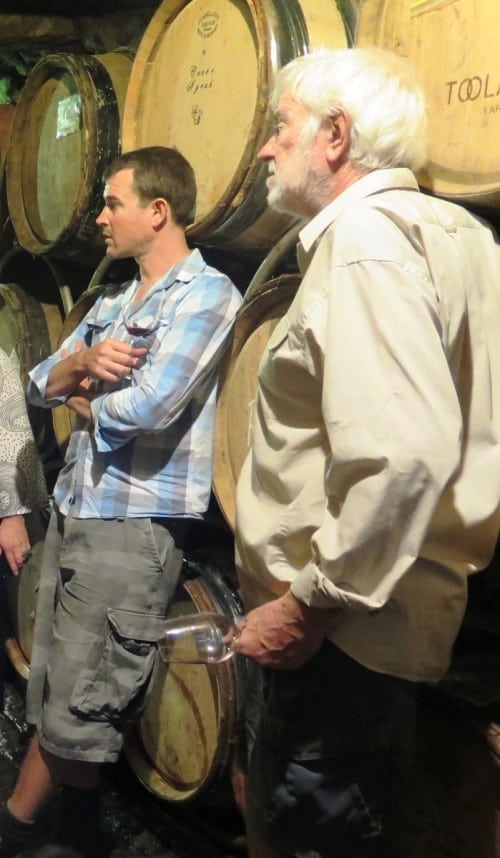 Expressing relief about the whole growing season having shifted forward – budburst, flowering and ripening – Kinzbrunner’s son and fellow-winemaker Nathan (pictured left with his father) observed “you wouldn’t want your fruit out there now.”  He reckons that 2016 produced “exceptionally good” Chardonnay (in quality and quantity) and described the reds as “good.” 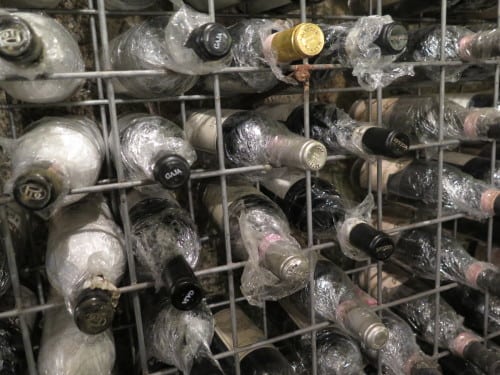 The original 1980s vineyard is planted mostly to the estate’s flagship grape, Chardonnay, together with some Shiraz and a bit of Pinot Noir.  As their personal cellar stock attests, the Kinzbrunners are fans of Nebbiolo, half a hectare of which they planted in 2011 at Red Hill at the other end of Beechworth (closer to Sorrenberg).  It is higher here and  – the name is a give away – has Stanley mudstone red soils, which are more water retentive than granite.  This combination results in a cooler, longer growing season compared with the vineyard from which Giaconda previously sourced Nebbiolo (which now goes into Domenica Wine’s Nebbiolo). 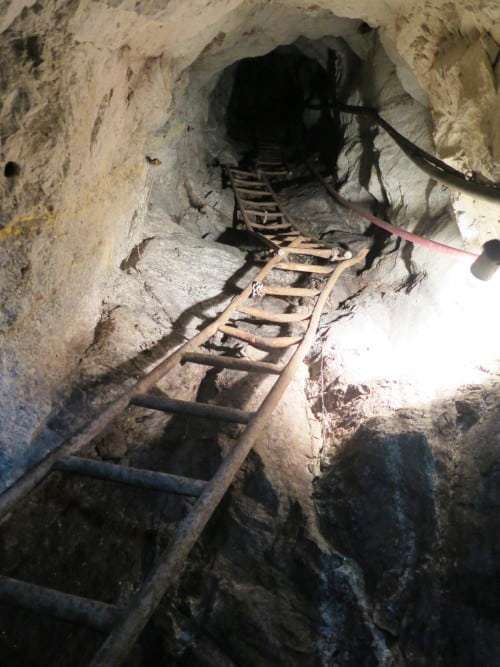 Giaconda have yet to release a Red Hill Nebbiolo, but we tasted barrel samples from 2015 (the first crop) and 2016 which looked very promising.  The 2015 showed pine needle, incense and Campari florals with discrete flesh on its ripe but present tannin bones – nice architecture.  Excited about the “even better” 2016 vintage, Nathan says “we got it right” in the vineyard vis a vis crop levels, pruning early with no need to green harvest and perfect leaf cover. 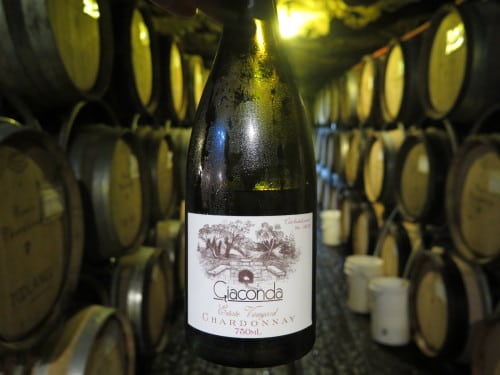 We also tasted Chardonnay barrel samples from 2015, the first “best barrel, new wood” showing greater nervosity, with marked flinty struck match notes, good savoury (solids) texture too.  The second sample from old (2013 225l) barrels showed great girth of fruit, with white peach, nutmeg and vanillin/white chocolate.  For Rick, the old barrel wine represents “the engine room” of the Chardonnay.  As for the bottled 2014 (pictured), it brought together the top deck and engine room, revealing edgy (in a good way) struck match and flint to nose and palate with muscular white peach and, just starting to show, delicious smoked hazelnut notes.  Great tension and girth, with texture and dryness, length and line, showcases the skill of the blender and under-scores the ageing potential of this wine. 13.8%

Remarking on this relatively dry, hot year (2014), Nathan observed “Chardonnay can handle heat if you do the right thing.”  At Giaconda doing the right thing has involved orienting rows east/west (which avoids over-exposure to the sun), pulling out every second row to reduce stress on bony granitic soils (higher yields of 3-4t/acre have produced better fruit) and, of course, the underground cellar for a long, slow, gentle fermentation.  As Rick told me when we previously met in London, it’s all about the small details….