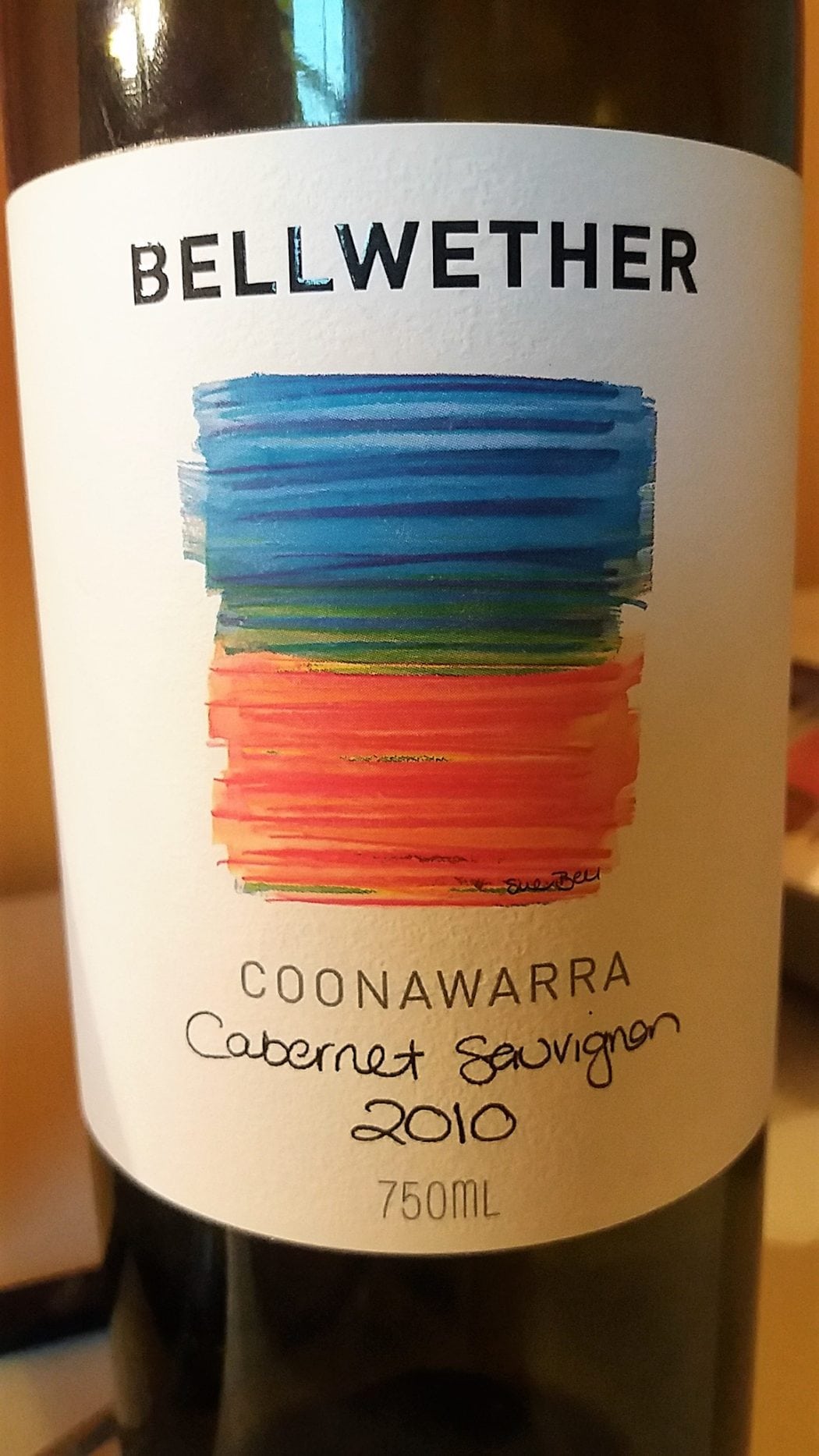 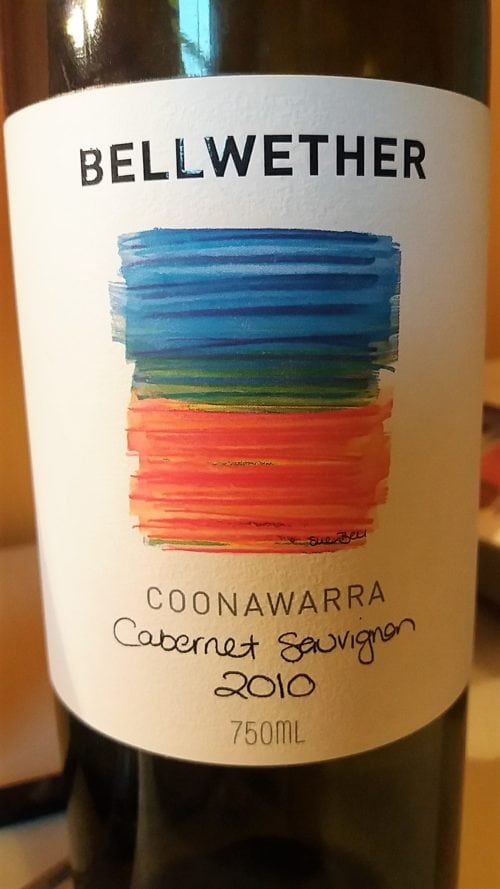 I’ll be judging at the Limestone Coast Show in Coonawarra this October and have been limbering up rather nicely tasting samples of Terre à Terre’s latest Wrattonbully releases and top notch St Hugo Coonawarra Cabernets (to be reported).

Now this wine – Bellwether Coonawarra Cabernet Sauvignon 2010 – was a gift (not a sample) from its maker, Sue Bell.  We enjoyed it at home over dinner with aubergine parmigiana.  And I didn’t take notes.  Not the paper kind anyway.

Here’s my stashed firmly in my memory note of this utterly delicious wine.  I’ve no doubt it will age well for a decade or more, but it’s so good now why wait?

Since I wrote up Bell’s 2008 and 2009 Cabernets – one of my finds of a 2013 Limestone Coast visit – her wines have made it over to the UK via Red Squirrel Wines.  I’d say the 2010 is closer to the 2008.  Very classic, with its supple cassis and juicy blackberry.  Coming up to seven year’s old, tertiary savoury notes of black olive and balsamic seamlessly chime in; they made it the perfect companion for parmigiana!   The oak is effortlessly integrated, the tannins velvety and the acidity fresh and persistent.   A great reflection of a ripe but temperate year, which produced confident wines – brilliantly balanced, with great purity, buoyancy and length of fruit.  Thank you very much Sue.  13%  £30 (2009 vintage) at Red Squirrel Wines

Never mind the buzzwords: Payten & Jones and The Story Wines