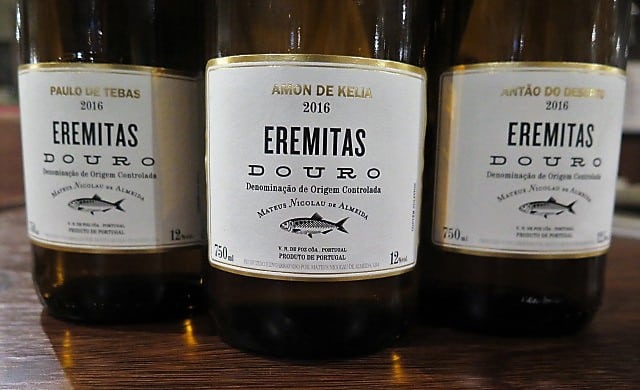 I am not long back from the Douro Superior.  It is a sub-region which continues to fascinate.  Casa Ferreirinha Barca Velha – the first Douro wine of note – underlined the Douro Superior’s world class red wine potential, but what of whites?

Being theoretically the hottest and driest of the three sub-regions might suggest white wines are a no go area.  But as you may have picked up from previous posts, the Douro Superior makes whites to excite (and which can age magnificently – check out this 1994-2014 vertical of Duas Quintas).

This sub-region is full of surprises and, in this post, I take a look at a distinguished but highly contrasting pair of reds and three whites made by the same winemaker from the same grape – hot-to-trot Rabigato from different parcels. 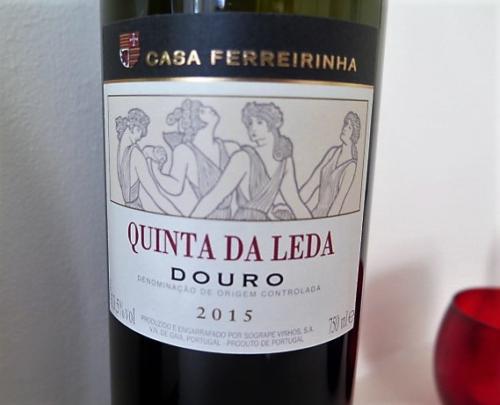 Quinta da Leda is the principal source of Barca Velha, so the pedigree of its terroir for accomplished red winemaking is beyond question (check out my notes on a 1997-2014 vertical here); 2015 is a vintage which I like very much, so what’s not to like?  As always, Quinta da Leda is a very polished, well structured wine, which gives it an air of restraint, even though it is concentrated and ripe.  The intensity and control of the fruit is impressive.  The fruit for Quinta da Leda 2015 – a blend of 50% Touriga Franca, 20% Touriga Nacional, 15% Tinto Cão, 15% Tinta Roriz – was de-stemmed and gently crushed prior to being fermented in a combination of stainless steel tanks and granite lagares.  It was matured in French oak barrels (50% new and 50% used) for a period of around 18 months, which lend cedar spice and subtle clove notes to Leda’s well groomed palate.  The vintage is readily apparent in its deep set damask rose perfume (to nose and palate) and concentrated fruit – black and red currant and cherry and, with air, sweeter raspberry, with hints of blueberry. Savoury layers add nuance and a sense of place – chesnut, esteva, incipient leather and linseed – all notes which I associate with Leda. A ripe but refined chassis of tannins imparts length and an underpinning which I am sure will allow this wine to cellar well.  Indeed, on day two, it is a little more subdued – quite brooding and introspective.  13.5%  Casa Ferreirinha are imported by Liberty Wines. 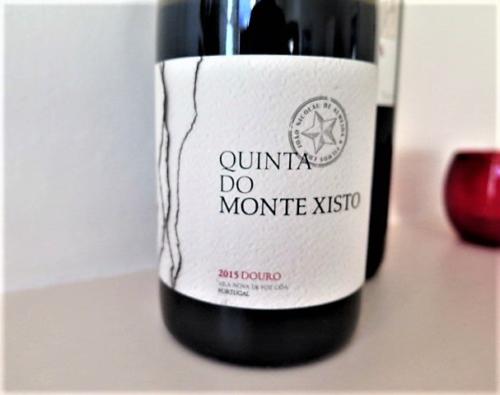 This wine is made by the winemaker son and grandsons of Fernando Nicolau de Almeida, Barca Velha’s creator.  Having pioneered Ramos Pinto’s Duas Quintas range,  João Nicolao de Almeida together with his sons Mateus and João junior planted 10ha of vines at Quinta do Monte Xisto, their 40ha estate in 2005-2006.  Located at 200-300m on a schistous outcrop overlooking the river, with north and south-facing slopes, it is cultivated organically.  In 2015, it is a blend of Touriga Nacional (60%), Touriga Franca (35%) and Sousão (5%).  Ageing for 18 months in 600l barrels made from Austrian, German and French oak results in a finely honed wine of marked freshness and elegance.  On day two, it really hits its stride, showing delicate floral riffs and esteva hints to its fresh, very fluid red currant/berry, blackcurrant and fleshier plum fruit.  A rail of fine but plentiful, well-integrated mineral tannins lends a guiding hand, gently but purposefully maintaining line and length.  While Quinta do Leda is the darker, more savoury of the two – very much of the earth, Monte Xisto seems to be of the air.  Most elegant for a Douro red, especially a Douro Superior red, where it is not so easy to take the weight out.  It seems entirely right that this wine comes in a Burgundy bottle, while Quinta da Leda favours a Bordeaux bottle.  13.5% Monte do Xisto is shipped “Fossil Fuel Free” from Porto into the UK by Xisto Wines of Bristol.

Nicolau de Almeida calls this collection of old vine unoaked single parcel Rabigatos from V. N. Foz Côa his “soil wines.” The soil is schist, but with nuances that give different characteristics to the wines.  For him, in the Douro Superior, “where it was born, where it is better adapted and most planted,” this old Portuguese variety “is the variety that better expresses our telluric [soil] information.”  Going further, he makes the bold claim that it is “the only Douro grape (red or white) that can make a complete and high quality wine.” Known as Estreito in Foz Côa (where his fruit comes from) due to the thin shape of the bunch, this thick skinned, very old Portuguese variety has a very high skin to juice ratio.  Just as well where, Nicolau de Almeida points out, most of the oldest vineyards of Rabigato (which would have been planted to make white Port) were planted facing south. The thick skins help it withstand heat well and the high skin to juice ratio results in wines which, he observes, have “lots of acidity, aroma and, most important for me, lots of body. Great mouthfeel.”  Sourced from deep soil near a stream, at 350m altitude, Antão do Deserto has subtle citrus drive and a long, crystalline palate.  Which might make it sound slight, but it has lovely presence and persistence.  12.5%  Mateus Nicolau de Almeida’s wines are shipped “Fossil Fuel Free” from Porto into the UK by Xisto Wines of Bristol. 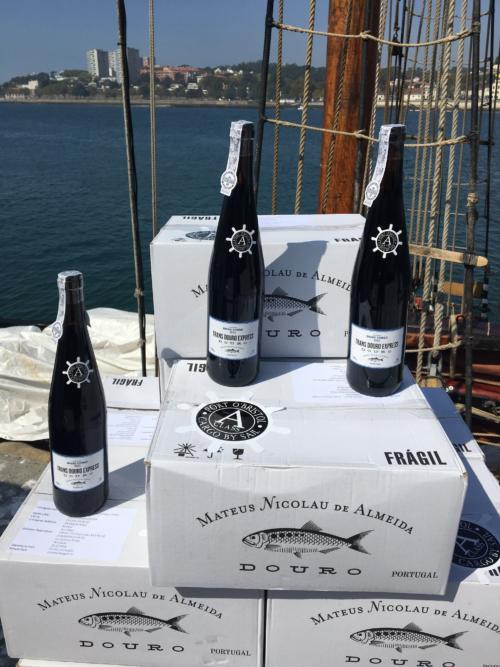 All aboard for shipping to Xisto Wines of Bristol.

Not as clear-eyed as Antão do Deserto or as aromatic as Amon de Kelia, but the trade off is it is much more textural, with woolly apple – more mouthfeel – and a slate-like minerality.  It comes from shallow, rocky soil, at 400m altitude.   All the wines are made in the same way, that is to say, passed directly into a “calcatórium” (granite basin), where they undergo pigeage for 3 hours. The grapes are then pressed (a vertical press).  The juice runs by gravity into concrete vats in Nicolau de Almeida’s underground cellar “with optimal natural temperature and humidity.” Spontaneous fermentation is done without temperature control. The wines age for one year in concrete tanks. 12%

You can taste Quinta do Monte Xisto 2015 and Mateus Nicolau de Almeida’s Eremitas Antão do Deserto & Amon de Kelia Rabigatos at an ‘in conversation’ wine dinner I’m hosting with Churchill’s Johnny Graham and Quinta do Monte Xisto’s João Nicolao de Almeida on 27 March at Bar Douro – the first in a series of talks (please contact Bar Douro for details on info@bardouro.co.uk or 020 73780524).

João’s daughter Malfalda will also be there to talk about her Douro Valley wine tours, including her  May Miles Away’s tour (led by me), which will visit Quinta do Monte Xisto, her brother Mateus’ winery and Churchill’s Quinta da Gricha among others.

Wines from all three producers will be available to taste on the specials board at Bar Douro, so do swing by to explore them for yourself!