Calling it “the first proper vintage,”  Rollo started experimenting with the sous voile technique used to create Jura’s famous Vins Jaunes Savagnins in 2011, initially inoculating a commercial Sherry strain to start the ferment if it was slow to get going.  Sous voile, which translates as ‘under the veil,’ references the film of flor-like yeast which develops on the wine’s surface when the barrel is left undisturbed (i.e. not topped up or lees stirred).  On the one hand the yeast film encourages the aldehydic fresh cut apples and nutty notes which make Jura’s Vin Jaune (and Spain’s Fino or Manzanilla Sherry) so very appetising.  On the other, it enables winemakers judiciously to control the oxidation which naturally results from lengthy barrel ageing without topping up (by helping to buffer the wine from oxygen in the barrel’s head-space).

Crittenden doesn’t go the full Vin Jaune, which involves ageing the wine thus for at least 60 months.  However, bottling the 2013 after four years sous voile brings wonderful complexity to a grape which, at one point, looked set to be banished from the kingdom of Australia following Albarino-gate.  I can do no better than refer to Jancis Robinson MW’s report about this  ‘egg on face’ case of mistaken identity here. Understandably, producers have been circumspect about Savagnin.  Crittenden Estate only have 0.3 hectares (which was grafted onto 18 year old Chardonnay vines in 2007) and, with no available land,  Crittenden told me he plans to keep production fairly limited, which “keeps the focus on quality.”  Not least when he admits that “the attrition rate for spoiled wine is quite high!” Still, the good news is that Crittenden currently only uses about 2/3 of the available fruit for the sous voile style, so he can increase production a little without planting more. 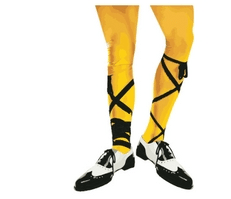 When I visited Crittenden Estate last month, I tasted the 2013 trophy bagger and 2016 & 2015 Savagnins ageing sous voile in barrel.   The yeast film had yet to develop in the 2017 barrel sample but, excited by its green almond and saline notes, Crittenden exclaimed “the complexity in the grape is already showing better than Chardonnay.”  Still, as you can see,  in comparison, Savagnin production remains tiny.  It is mostly a reflection of how much is planted, but also the demands of the sous voile process.  Especially when, says Crittenden,“Savagnin’s natural acidity (or more accurately the low pH) is quite inhibitory to the flor growth.”  Describing his first trial barrel from the high acid/low pH 2011 vintage as “far less nutty and oxidative in style,” it only spent around two years in barrel, one of which was under flor.  Consequently, he said, aldehydes were the main driving force behind any Jura-esque characters whilst, with “far thicker flor due to the additional time (as well as a more favorable pH), the 2013’s characters are more oxidative.” Below you’ll find my notes on Crittenden Estate 2013 Cri de Coeur Savagnin 2013, which I tasted at the winery and, once again, at the Limestone Coast Wine Show Judge’s welcome dinner (where the bottle Rollo gave me was very well received).  Incidentally, Crittenden’s  sous voile technique is not the only ‘cock a snook’ at Albarino-gate Savagnin.   “Loving the skins [contact] aspect,” Crittenden told me he is a fan of Brendon and Kirstyn Keys’ BK Skin-n-Bones White from Adelaide Hills.  Necessity is, as they say, the mother of invention.

If you are interested to find out more about Vin Jaune/sous voile wines, Wink Lorch is the expert – check out her website Jura Wine, Food & Travel.

Yellow gold in colour with good body,  a salivating, cheesy, salty (mature cheddar) tang and bite to nose and palate, together with green apple, apple peel and sweeter, broader bruised apple notes.  The finish is long, firm and focused, with palate tickling salty, nutty ricochet and resonance. Lovely intensity.  Qualities which were evident in the 2015 (which seemed particularly energetic and long) and the 2016 (less concentrated with a more emphatic, oyster shell salinity). Cri de Coeur 2013 was made from hand picked estate-grown Savagnin.  The fruit was whole bunched pressed into tank then rough settled for about two days before being racked to old French barriques for ferment and completion of malolactic (about 6 months after harvest) – both natural.  Crittenden then re-racked the wine off gross ferment lees, homogenised the lees in tank and returned them to barrel to commence the flor-ageing process. Sous voile barrels are aged in the old cellar door, whose well-ventilated environment assists the gradual growth of the yeast film. Bottling took place in February of 2017 without any filtration, fining, stabilization or the addition of SO2. Exciting stuff.  14.5%  £41 at Vinoteca.