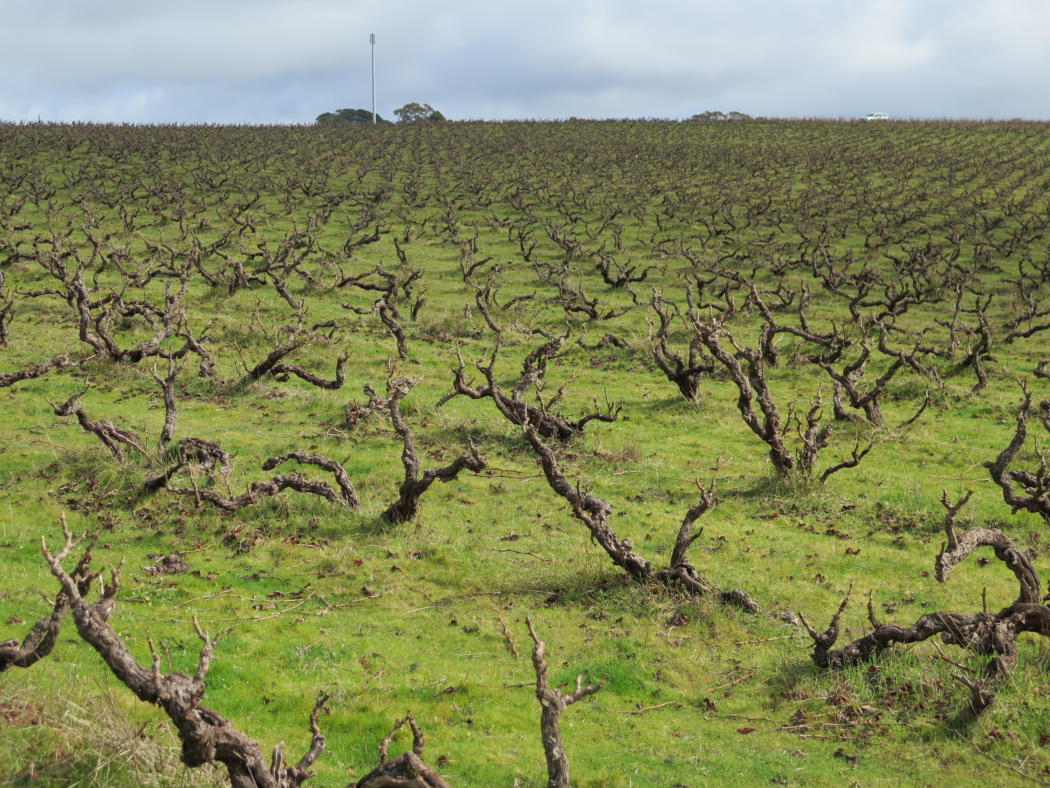 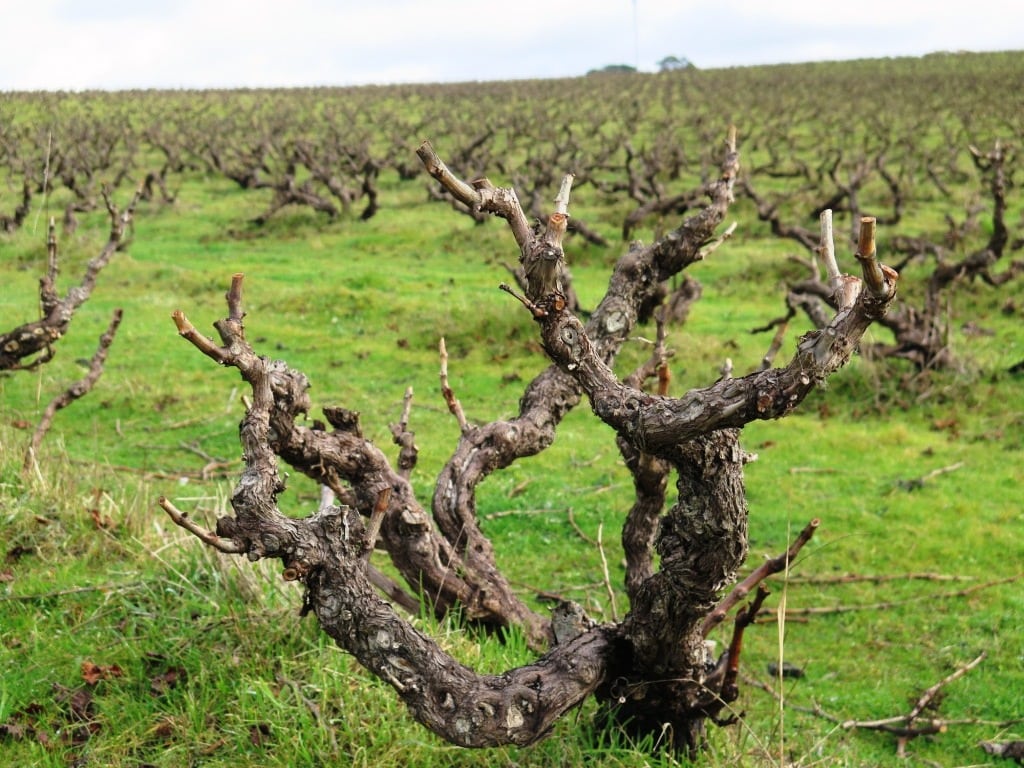 On Tuesday I was in Belfast co-presenting a One Day Wine School for Wine Australia.  Among our new wave wines, we showed a Grenache from Blewitt Springs – the more elevated and cooler of McLaren Vale’s sub-regions.  Qualities which, together with its sandy soils and aged vines, makes for superlative ‘warm climate’/’blue collar’ Pinot Noir interpretations of this traditional Australian grape.  In honour of International Grenache Day, I look to Blewitt Springs for my top tip example of the genre. 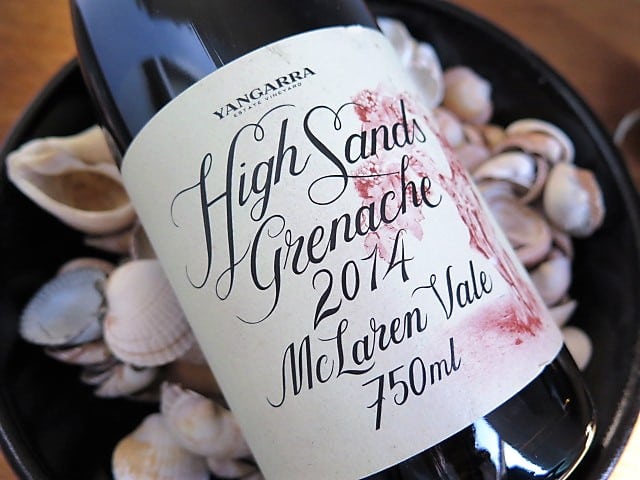 ‘Top tip’/tip top pretty well sums up the source of this benchmark, biodynamically cultivated Grenache.  As its name suggests, High Sands is grown on the ridge at highest point of Yangarra Estate’s vineyards (210m). In 2014, the very tip of the top – Block 31 (1.7 Ha), which has the deepest sand and the lowest vigour and yield.  If old school Grenache had enough glycerol to blow a lifetime of bubbles, new wave Australian Grenache – especially this one – are an altogether different proposition.  In Belfast, our ‘students’ certainly noticed the difference in Thistledown Vagabond Grenache 2015, also from Blewitt Springs.  Wait until they taste the relatively austere Vagabond 2016 (both vintages reviewed here)!  What’s thrilling about High Sands 2014, which hails from 70 year olds vines, is the combination of austerity and intensity, silkiness (the fruit) and sand-paperiness (the tannin). It makes for a compelling, textural, tensile even, wine with a bright core of well-defined raspberry, red cherry and blueberry (the latter’s presence emphatically aromatic, as opposed to fleshy and sweet); incipient kirsch and blackberry as it opens up.  I love the tapering tannins, dryness, freshness, clarity and precision of this Grenache, with its back palate ricochet of minerals (a touch of iron) and Imperial Leather spice (still tightly held, with delicious star anise nuances).  The minerality (especially the ironstone tang and iron filing texture) is really pronounced on day two.  I’ve talked Pinot Noir, but a more accurate comparison is Chateau Rayas, the Grenache-focused Chateauneuf-du-Pape which itself has been compared to (Grand Cru) Burgundy.  I savoured this bottle and only wish I’d been able to tele-port two glasses to William Wouters and Filipa Pato, who so kindly shared a bottle of Rayas with me from their cellar last year.  I think they’d approve!  Yangarra Estate High Sands 2014 was hand-picked, 100% de-stemmed and mechanically berry-sorted; only 50% of that was crushed (i.e. 50% whole berry).  It was cold soaked for 5 days at approximately 10 degrees, then wild fermented, with gentle extraction (plunging). No pressings are used and this wine was drained off into French oak (Yangarra’s best 1 and 2 year-old French oak), then kept on lees for just 10 months (in 2010 it spent 22 months in oak and in earlier vintages still, new oak also featured).  Outstanding.  14.5%  RRP £85.  Yangarra Estate wines are imported into the UK by Boutinot who tell me stockists include Noel Young Wines, Highbury Vintners & Whole Food Market. 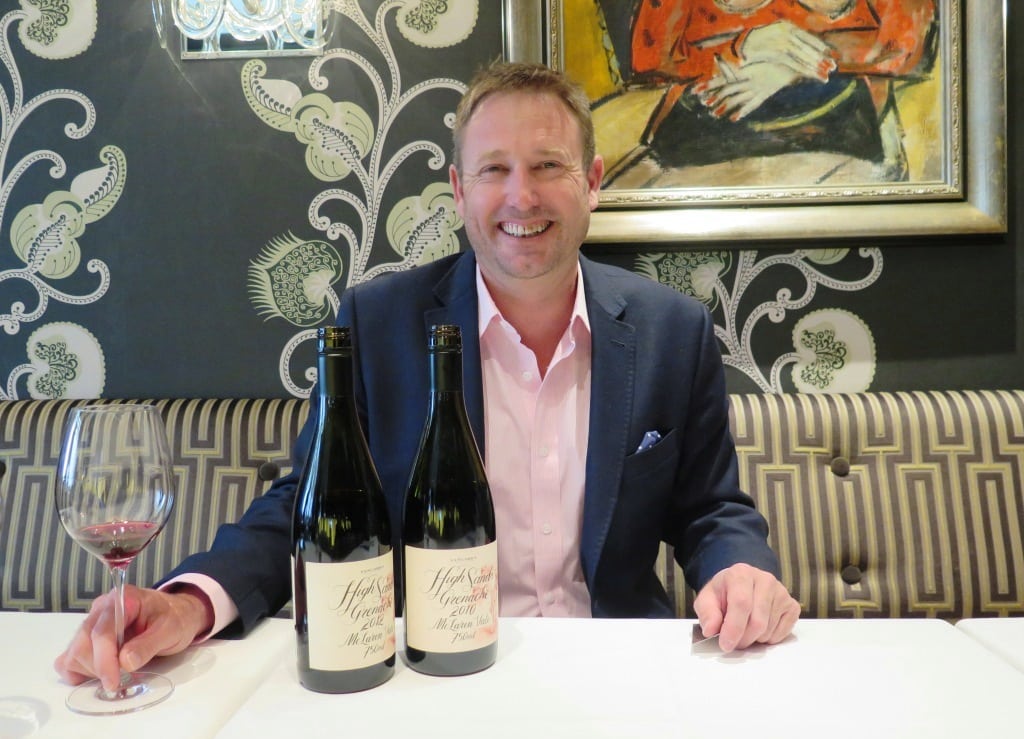 Last, I think you may have picked this up.  Australian Grenache is hot!  Watch out for the results of the inaugural James Halliday Grenache Challenge, which takes place in McLaren Vale next month.