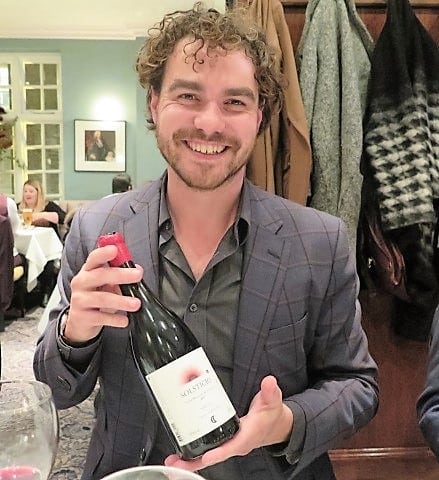 I had fun last night hosting the first of two Wines of Portugal “Indie Select Dinner Series.” This week in London, next week Manchester!

So what did some of London/Brighton’s leading independent wine retailers come up with for a hearty, trad english gastropub dinner?

You’ll find the wine and food matches below.  Each of our indies had £25 to spend.  At the end of the dinner we voted on the best wine/best food match.  The winner? Cabeças do Reguengo Solstício 2012, which bagged Mr Broad £250 – nice work! 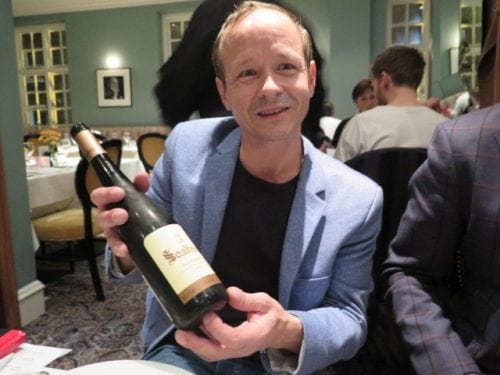 Selected by Daniel Illsley, Theatre of Wine, who is on the cusp of opening branch three in Leytonstone.

Great wine, classic match. Accompanying pea shoots, broad beans and tomato spoke to the wine’s freshness and fruitiness.  Runner up.  Just half a point in it!

This wine is included in The Wine Society’s Best of Portugal Offer, from which I swiftly ordered the Soalheiro mixed six pack! 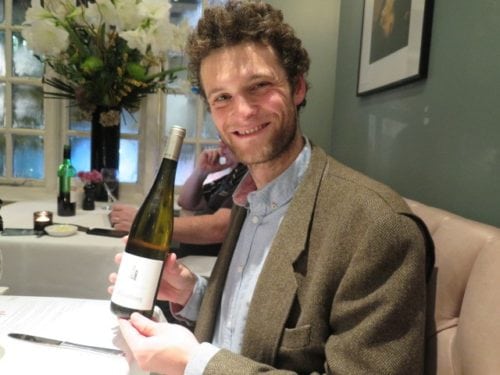 As Flavin observed, this wine benefited from a bit of air to come together.  No doubt about the acid line – Lisboa at its best.  It worked well to cut through the deep fry factor, while this wine’s leesy/oxidative note – a bit of texture/roundness/savouriness – worked well with the batter. 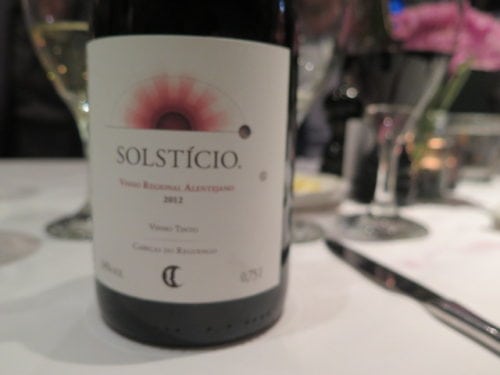 Selected by Simon Broad of 10 Green Bottles, this was our winner.  I was thrilled to taste this wine again, having last tasted a barrel sample with its maker, Joao Afonso back in 2014.  And even more thrilled to learn that Broad is importing it and other wines from Afonso’s range – I’m told due instore in the Spring.

From centenarian field blend vines, this wine has terrific inky depth and complexity.  A rusticity which reflects Afonso’s search for authenticy over polish (check out my interview with him here).  And Portalegre’s freshness (the vineyard is at 598m).

The acidity cut through the lamb; like the Alavrinho, this over-powered the food a tad, but that spoke volumes about the wines over the dish.  They shone. 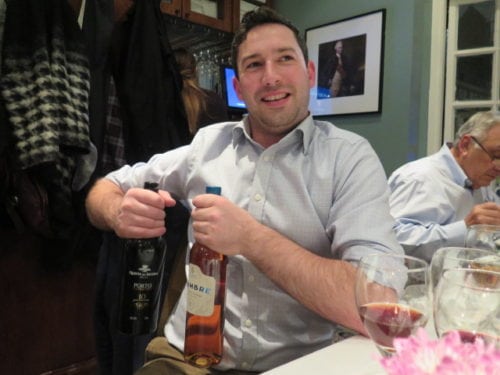 Selected by Francis Flavin of Davy’s, who had been hoping to go into battle with one of his company’s extensive range of Ports.  But thought they would be too heavy with this dish.

Smart move then to go down the Moscatel de Setubal route and the wine was delicious. But it still over-powered the dish. 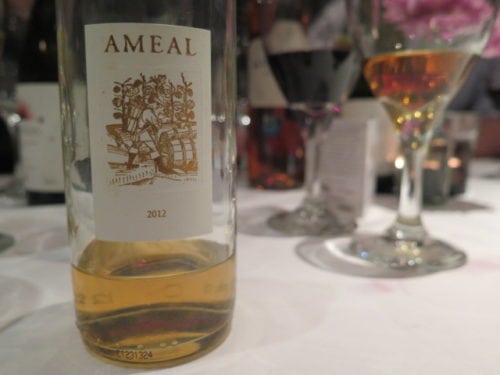 Flavin was keen to show Quinta da Silveira 10 Year Old Tawny Port anyway, so we kicked back at the end of the dinner with a bottle after a snifter of Quinta do Ameal Special (late) Harvest 2012 (Vinho Verde), which I snuck in.  As you’d expect it had terrific acidity, with grapefruit marmalade and complex beeswax notes.  It won a big thumbs up all round. 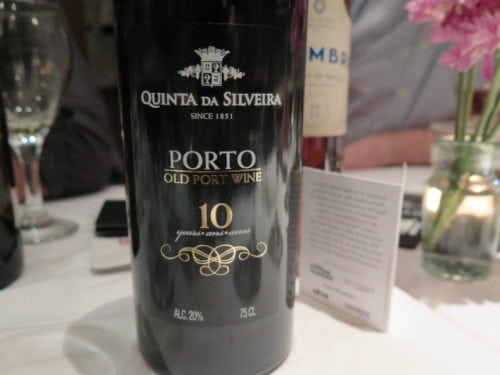 As for the Tawny, it was very good.  New to me, Flavin came across the Vilarica Valley estate when he visited the Douro Superior.  The family sold most of the fruit to Cockburns, but always held back some Port.  It shows in this complex, robust, unfiltered 10 Year Old – tons of character.  A nice find.