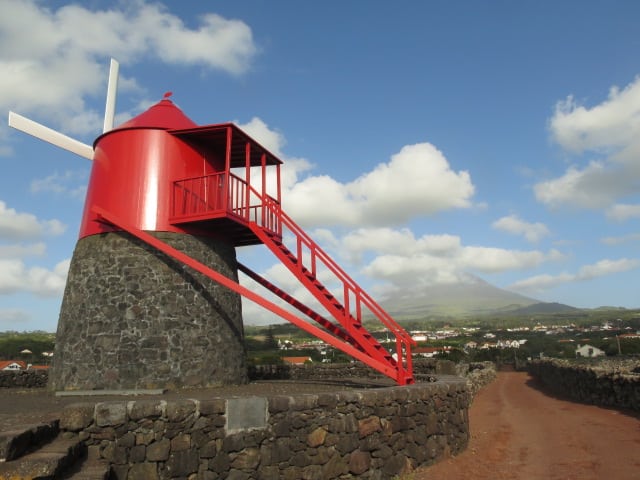 From a wine perspective, the Azores has surely seen more action in the last decade than in the previous 150 years.  In this post, I report on the 2017 releases from Azores Wine Company, the whipcracker behind the archipelago’s modern wine renaissance, potentially myth-busting research co-authored by its winemaker António Maçanita and an all-new wine from another Antonio, this one Manchester-born to Italian Calabrese immigrants.

If you subscribe to The World of Fine Wine (WOFW), you’ll have seen my feature about the history and renaissance of Pico island’s wine industry.  It touched on Maçanita’s research, which found grounds to suggest that Verdelho originated in the Azores (and not Madeira, as was previously supposed).  Additionally, that Verdelho is the progenitor of the Azores’ cultivars, Arinto dos Açores and Terrantez do Pico.  Thank you Neil Beckett, editor of WOFW, for permitting me to share my feature with my readers here – The World of Fine Wine – Pico The Azores, Volcanic Wines in the Midst of Waves. 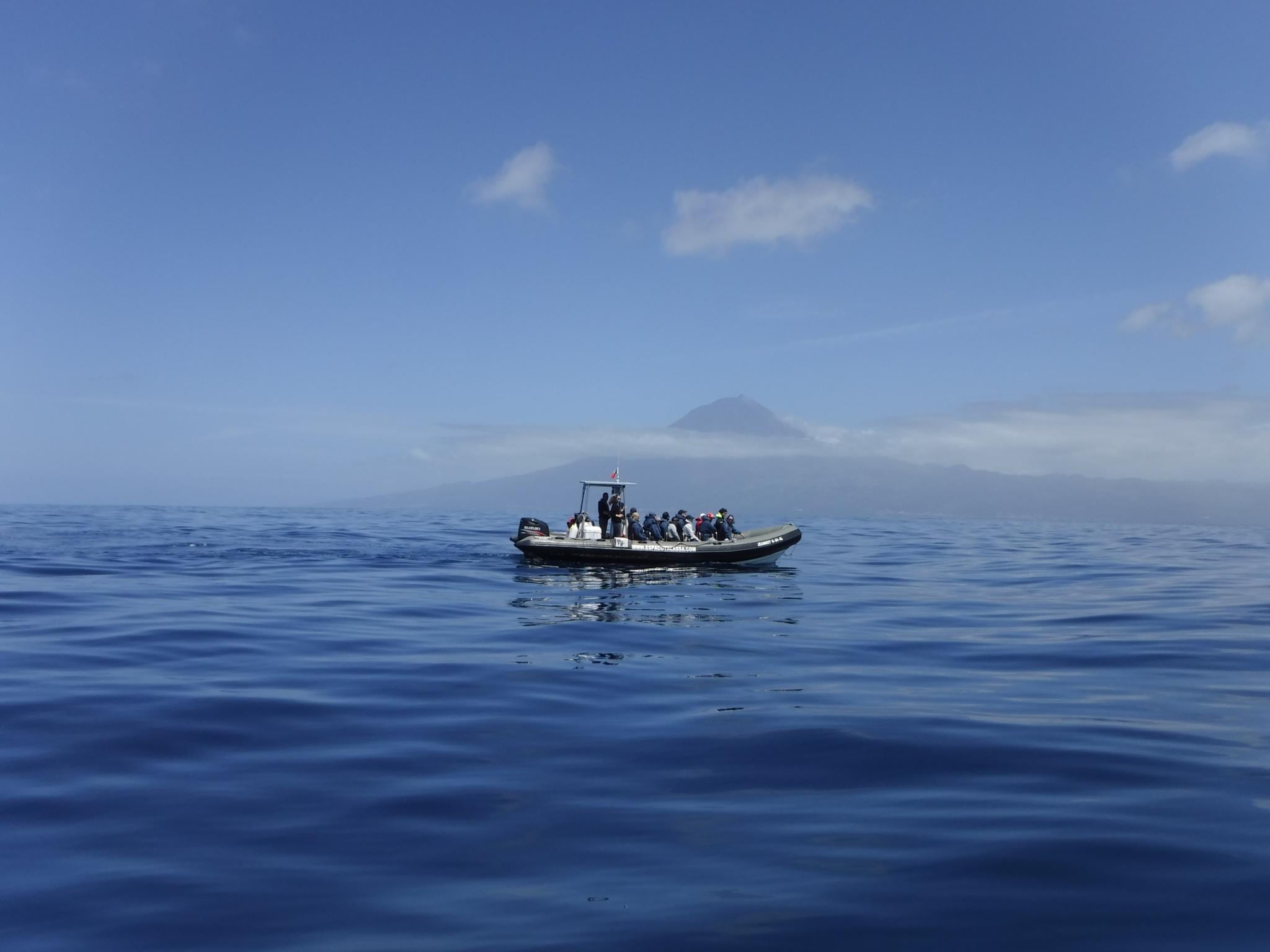 “Standing unassaultable in the midst of the waves,” wrote Hermann Melville of Pico mountain – the volcano which dominates the island of that name.

For the more scientifically minded among us, check out  “Unravelling the origin of Verdelho” by Maçanita, Dr Raquel Santos and A Catarina Gomes,.  Recently published in the Australian Grape and Wine Research Journal, it reports on the trio’s historical literature review and genetic research.

Here are my notes on five wines from the Azores, tasted this month. 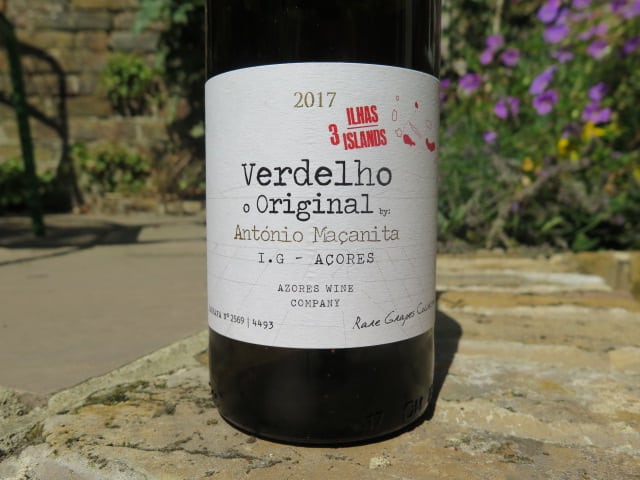 In view of the research findings, it seems only right and proper to kick off with the Verdelho.  Now you know why it is labelled ‘Verdelho Original!’  This wine is, as the label suggests, a blend from three islands – Pico, Graciosa, Terceira (Biscoitos) – where Verdelho thrives.  It has a tropical, green mango skin note to nose and saline palate, with star fruit, grapefruity acidity, a thrum of spicy, earthy tumeric (which reminds me of tasting Biscoitos’ spicy Verdelhos) and just a hint of this variety’s broader, nuttier, textural notes, A pronounced, saline finish puts the emphasis on freshness.  Very good.  12%  4453 bottles produced.  £35 at Red Squirrel Wine (2016 vintage) 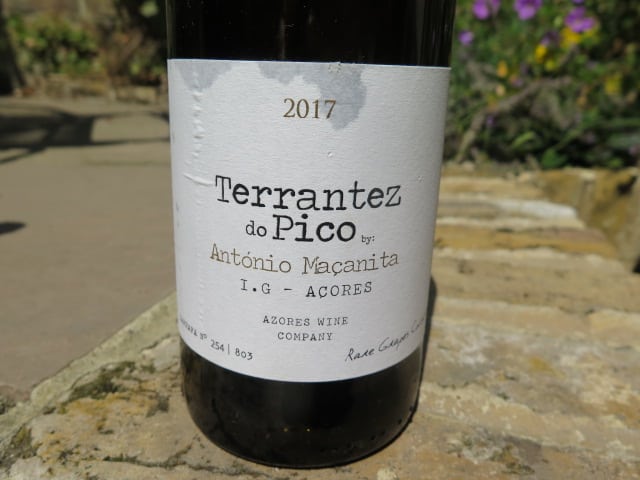 This exceptional wine was my pick of the bunch.  Bristling with energy still after day two, I couldn’t bear to tip it away, so decanted it into a smaller bottle and came back to it after a weekend away.  It was quite stupendous on day four! As I’ve come to expect, AWC’s Terrantez do Pico has a spicy, tannic edge and a briny, earthier saltiness than the Verdelho (saline) or  typically rock salt flecked Arinto dos Acores.  Flavours of salted lemon, roasted lime and salsify add to its idiosyncratic profile. Quite unique, with terrific palate presence and mouthwatering length and drive through the finish.  12% 803 bottles produced.  £50 at Red Squirrel Wines (2016 vintage). 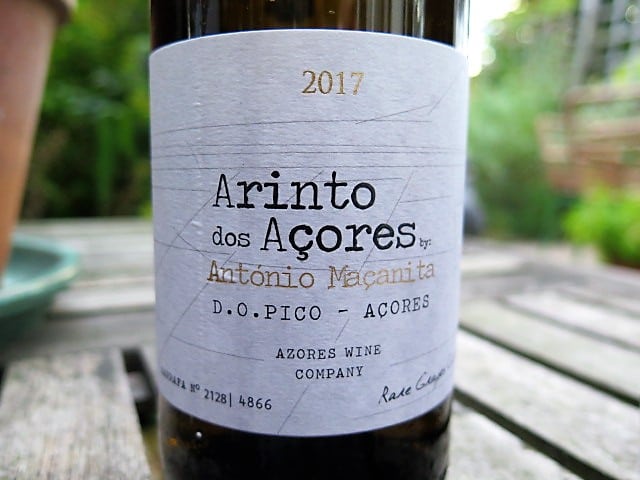 Yelllow with green glints, striking green lemon and lemon myrtle notes to nose and salty, rock salt-flecked palate.  Brisk, searing even, going through, yet with a certain palate weight and hint of oily richness to its citrus fruit and succulent green, salty samphire, persistent finish.  On day two, it shows more lemon myrtle/verbena, with a cheesy, leesy tang to the bracing finish.  My pick of the Arinto dos Açores for its bracing immediacy and directness.  12.5% 4866 bottles produced.  £35 at Red Squirrel Wines (2016 vintage). 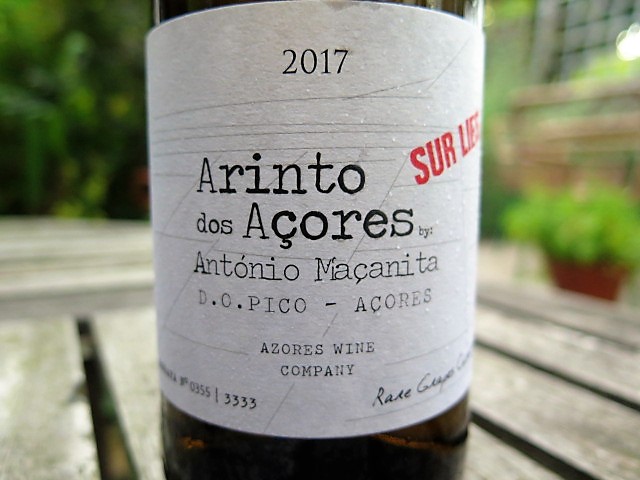 This sur lies Arinto dos Açores underwent batonnage in small 600 to 1000l stainless steel tanks, laid down sideways and worked like barrels.  Correspondingly, it has slightly softer, leesier, silky texture which makes for a different palate structure and (more slow mo) delivery, albeit persistent.  There’s a savoury, flinty quality as a result of time on lies (which blows off a bit of day two), so it’s not as direct/pure or mineral as the previous wine.  Still, it has the fresh, salty tang of the ocean, good line and length.  If you’re not into bracing acidity, this is the one for you!  12.5%  3333 bottles produced.  £35 at Red Squirrel Wines (2016 vintage). 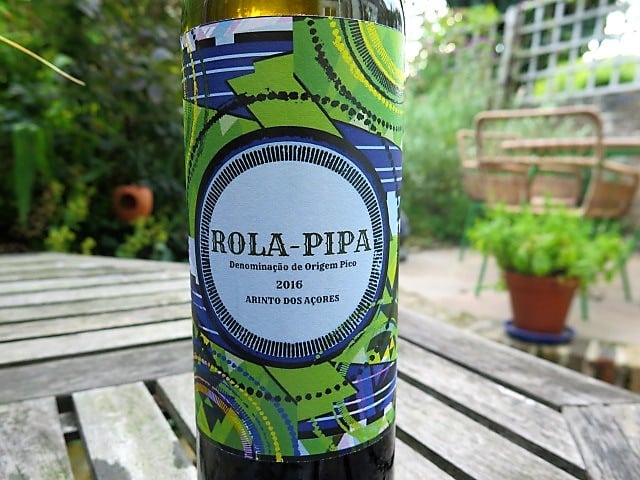 I was tipped off about this yellow/gold wine (fermented in balseiros – large oak vats) by Stuart Rothwell of The Vineyard – an excellent independent wine store (Portuguese specialist to boot) in the emphatically food and wine driven market town of Ramsbottom.  Ramsbottom is a stone’s throw from Manchester, so something of a stomping ground for this wine’s maker, Antonio Rizzo, whose grandfather and uncle used to make Sangiovese and Montepulciano in the cellar of their grocery shop in Manchester.   What a great and highly improbable induction into the world of wine!  Rizzo, a.k.a. Cunning Anchovy, a Plumpton wine school graduate, is an itinerant, ‘harvest oenologist’ and has worked vintages in New Zealand, Australia, Italy, France, Mexico, Cornwall, the Azores and Spain.   In 2016, he worked at Pico Co-operative under then manager and fellow Plumpton graduate, Thomas Grundmann, who was pushing boundaries, with some quite hands off wine and Pet Nats.  Whilst there, Rizzo made a wine for his own brand – Rola-Pipa (named after the barrel ramps, which were carved out of the dried lava), from 20-30 year old bush vines.  With partial malolactic fermentation, it is structurally and texturally very different from AWC’s Arinto dos Açores.  Less bright, zesty and mineral, the fruit – rustic bruised apple/apple core, with apricot, cusp of ripeness pineapple, and hints of passionfruit on days two and three – sits centre stage, while creamy malo notes make for a ‘stiller,’ less acid-driven palate.   Rather, having undergone three days’ pre-fermentation skin contact, phenolics are in the driving seat, imparting a firmness, spiciness and bitterness to the palate.    Though it’s interesting to see a different take on the variety, especially when it’s early days for Pico’s new wave whites, I found this wine too phenolic for my taste.  I expect it will find an audience amongst lovers of skin contact whites (I am sensitive to bitterness); Rizzo expects it to develop interestingly over 3 to 5 years.  13%  1200 bottles made.   c. £18. It is available in independent retailers in Wales and Manchester and the full list of stockists can be found here.