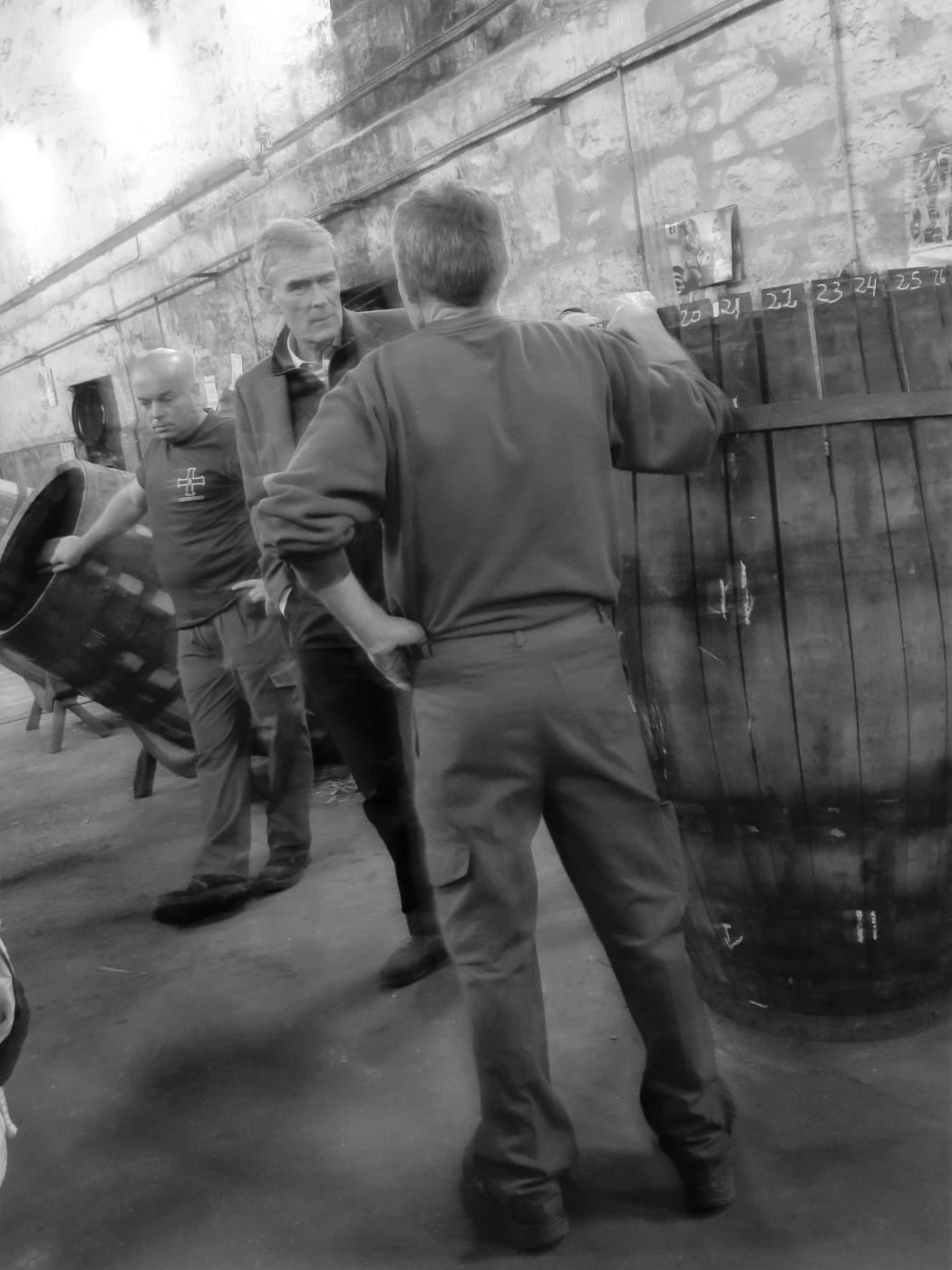 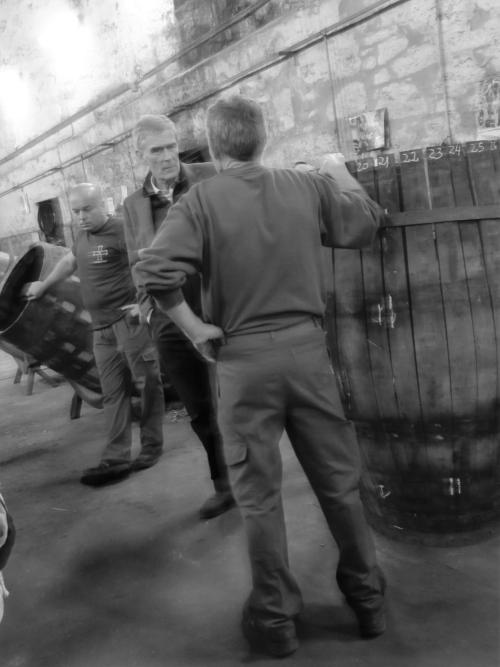 Paul Symington – staring down the barrel of climate change

It has been an exceptionally dry and hot year in Portugal.  During my Australia trip, I was dismayed to pick up news of another bout of deadly fires, including this report in Decanter about their devastating impact in the Dão region.   I’ll be in the Dão next month, which will provide an opportunity to follow up on what’s happened and what can be done in future to avoid such conflagrations.  Indeed, according to Paul Symington’s account of the 2017 Vintage, when picking for reds started on 28 August  – “10 days earlier than any previous date recorded” – such extreme conditions are “unlikely to be a one-off; there are clear indications that our future will increasingly be defined by climate change with higher temperatures and less rain.”

Thankfully, Symington is encouraged by the quality (if not quantity) of 2017 Douro reds and Ports (production was down by up to 35% in some areas).  As he points out, it brings into sharp relief the Douro’s multi-faceted topography (especially altitude and aspect) and diverse range of grape varieties.  Doubtless, the skill of the blender too – a Portuguese forte.  Elsewhere, one ponders the future of that most popular of wine breeds – the single varietal wine.

Symington’s comments about the positive role of technology make interesting reading.  Not least given his comments about labour issues.  The Symingtons are already trialling ‘Vine Scout’ – a robot designed to monitor vineyards.  When I caught up with Wynn’s Chief Viticulturist Allen Jenkins in Coonawarra, he envisaged a future where drones which monitor vineyards are docked in vineyard stations.

Returning to this year, below you will find Paul Symington’s Vintage Report.  As ever, thoughtful and thorough.

Incidentally, Symington Family Estates are one of 24 Douro Valley wine producers represented at the upcoming New Douro tasting on 6 November 2017, which will present the excellent 2015 Douro reds and other new release wines to the trade, press and general public.  Click here for details.

“This has been a very dry and warm year in the Douro. From December 2016 onwards, every month had substantially below average rainfall apart from a 30-mm downpour and some localised hail on the afternoon of 6th July. This rain increased the year’s figures, but was of minimal benefit as most simply ran off the vineyards in torrents, causing some damage to terraces. Lots of our valuable soil ended up in the Douro river, which flowed golden-brown for a few days.

Quinta do Bomfim at Pinhão recorded just 302 mm of rain in the 11 months from 1st November 2016. This is exactly 50% below average. Considering that grape yields in the Douro’s mountain vineyards are 4,300 kg/hectare (compared to 10,200 kg/ha in Italy and 13,300 kg/ha in Chile) the drought conditions we experienced this year were always going to be challenging. It is difficult to farm these steep hillsides. Even in years with good weather conditions, production in the Douro is low. A year of drought and heat like 2017 really reinforces quite how challenging our growing conditions are.

A dry and relatively warm winter was followed by the three crucial spring months – March, April and May – that were cumulatively 2.6˚C warmer than average and equally dry. The only surprising interlude was a cold spell during the last 10 days of March that on the 23rd brought a rare snowfall and localised frost. April was the driest since records began in 1931 and delivered an absurdly low 2.6mm of rain.

Bud-break began between 8th and 10th March, a week earlier than average and the vine development advanced at an even faster pace, with flowering taking place between 4th and 5th May, two weeks earlier than normal. It was apparent from June that our vines were adapting to the dry conditions, with limited shoot and leaf growth. They seem to have an extraordinary ability to know when it is better not to be exuberant.

June was the hottest since 1980, with a heatwave between the 7th and 24th and temperatures reaching 43˚C in the Douro Superior.  Pintor (veraison) occurred at Bomfim on June 22nd, two weeks ahead of average. July was equally hot and dry, but thankfully August was more moderate with relatively cool nights, bringing a welcome respite in the final phase of ripening.

By early August it was clear that this was going to be an early vintage and that the prolonged drought would not be relieved by any late summer rain.  The forecast for the weekend of the 26th & 27th did predict rain, but only a modest 4mm fell at Quinta do Vesúvio and an even more modest 2 mm at Bomfim. Maturation was so advanced in most vineyards by this stage that the rain was of little benefit.

In order to prepare for the harvest, Charles Symington had to call his winemaking team back from their summer holidays – a measure of how advanced this year’s cycle has been. Picking for our white wines started on 23rd August and for our reds on the 28th, 10 days earlier than any previous date recorded. The vines were showing signs of stress from dehydration and graduations inevitably were high.

A year like this brings the diversity of the Douro into sharp focus; the south and westerly facing vineyards suffered from the long hours of afternoon sun, whilst those above 300 metres had an altitude advantage with cooler temperatures. There was a contrast between the younger vines that struggled with less-developed root systems and the older vines that hardly seemed to notice the drought. The former were shedding their lower leaves by mid-August, a sign of vines going into survival mode. Their older cousins soldiered on with fine dark green leaves but few berries on each vine. Barroca is a variety that does not like drought and yields were very low at under 500 grams per vine on some plots, but Roriz performed remarkably well, as did the Douro’s great classic; Touriga Nacional. Touriga Franca, always a late-ripener, was exceptionally good and thrived this year.

Expectations were not high, but confidence grew by the day as the Douro wines and Ports showed surprisingly good colour and aromas. The weather stayed perfectly serene throughout with clear skies and crucially, with cool nights during the last three weeks of September. Such harvesting weather is of huge value to the ripe and fragile fruit.

The Douro is one of the world’s lowest yielding wine regions, and this year’s drought reduced production even further. Some of our vineyards produced 35% less than normal and the average is likely to be less than 940 grams per vine.

While visitors enjoy the traditional aspects of the Douro, in reality this was a year for using the best of modern technology in some areas. With raisining being the inevitable consequence of such a year, our Bucher Vaslin Oscillys de-stemmer machines, installed at five of our estate wineries, performed superbly. These de-stemmers operate without beater shafts or centrifugal force and use a swinging motion to separate grapes from the stems and gently reject damaged berries without damaging the grapes that pass through for fermentation.

There was a serious labour shortage in the Douro this year. This was partly due to the very early harvest but also because of the tourism boom in Portugal that has drawn people away from agricultural work. It is proving to be increasingly difficult to find pickers and this has become a serious problem as the grapes need to be harvested when they are ready. The Douro is waking up to reality; no other major European wine region is entirely picked by hand.

We finished harvesting our vineyards on 26th September, often the starting date of previous vintages. This has been a remarkable year but it is unlikely to be a one-off; there are clear indications that our future will increasingly be defined by climate change with higher temperatures and less rain. The Douro will need to adapt if it is to continue to make great wines and Ports from this, the largest area of mountain vineyards on earth.

Now that the dust has literally settled (the first rain for many months has just fallen) on our earliest ever harvest, we are pleased to see that some very good Douro wines have been made, particularly the red wines with gorgeous colour and concentration, and the Ports are also promising with purple-black colours and intense flavours.”