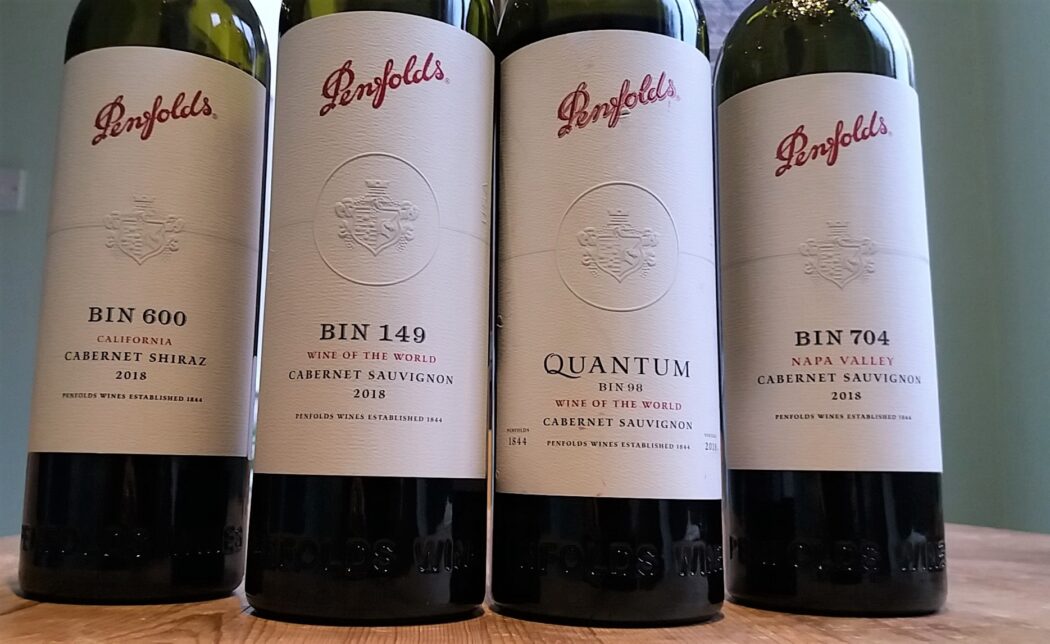 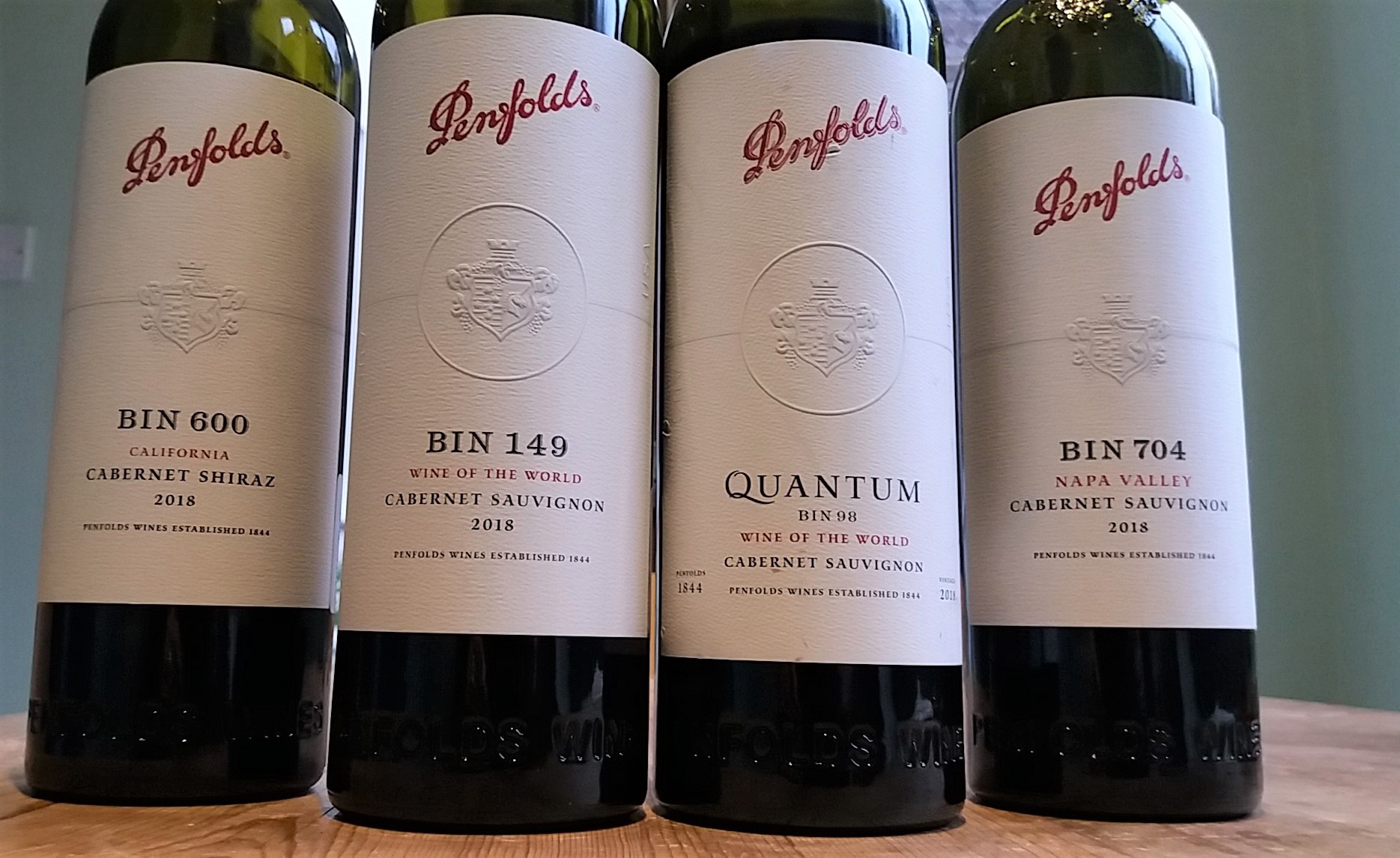 A new chapter for Penfolds unfolded last week with the launch of Penfolds The California Collection.  Why Super Calif Australia-istic? Well, two of the four releases – all reds – are a blend of Californian and South Australian wine.  Hence the descriptions ‘Wine of the World’ on the front label and “unbound by country, vine or time” on the back label.

In fact, the aim of all four wines is to embody Penfolds’ house style.  Accordingly, the Californian winery was kitted out with heading-down boards and AP John Barrels from South Australia.

Imported to California, Penfolds’ vine material plays a role too.  Following the company’s acquisition of Camatta Hills Estate in 1997, the Paso Robles property was planted to 90.8 acres to a 50:50 selection of Magill Estate and Kalimna heritage clones.

However, true to Penfolds’ tradition of multi-regional sourcing, over the last three years, Californian grapes have been sourced from further afield, including Napa Valley AVAs: Oakville, Diamond Mountain District, Howell Mountain and Rutherford.

All four wines from Penfolds’ The California Collection hail from the 2018 vintage.  It is the first vintage to see the light of day, although a succession of Penfolds’ winemakers have spent time on the ground in California experimenting over the years.

Apparently, the decision to incorporate South Australian wine in the ‘Wine of the World’ blends came about organically.  Still, with a top cuvee called ‘Quantum,’ my mind skipped (quantum leap?) to Quantum of Solace and the classic Bond movie trope – megalomania.  Next to Mondovino, Jonathan Nossiter’s film about the globalisation of wine.  The moment when another Californian producer – Robert Mondavi –  quipped about growing grapes on the moon.

Is ‘Wine of the World’ a tale of ambition gone mad, bad and dangerous!?!  Let me declare, in matters vinous, the quirks and character of discrete terroir generally hold greater appeal for me than ‘best barrel’ pursuit of perfection blends.  Like Angel Clare in Hardy’s ‘Tess of the d’Urbervilles,’ I find “the touch of the imperfect upon the would-be perfect” – the humanity – alluring.

But it cannot be denied that Penfolds’ best grapes, finest regions, best barrels philosophy produces wines of great polish and finesse.  Yes, Penfolds’ Wines of the World push the best quest boundaries much further than usual.  But it strikes me as geeky.  Not just a ‘because we can’ power trip.

And it has a logic (best blends) and purpose.  The South Australian fruit – the junior partner in Quantum and Bin 149 – fleshes out the backbone of firmer Californian Cabernet Sauvignon, without detracting from its firmer tannin structure, juicier acidity and ‘drier’ expression of fruit.  Seamlessly so. The pedigree of the South Australian Shiraz in Quantum shines.

Here are my notes (and click here for my The Penfolds Collection 2020 notes on the all-Australian wines):

This is an all-Californian blend of 78% Napa Valley and Sonoma Cabernet Sauvignon with 22% Shiraz, mainly from Paso Robles.  It has a rich, deep savoury nose with polished leather, sarsaparilla (very Penfolds!), clove, nutmeg and sweeter vanillin to its ripe cassis and black currant fruit. In the mouth, the palate is flavoursome, a touch warm, with damson and blackberry jelly, juicier black and red berry and cherry and creamy oak, with savoury burnished oak/leather nuances.  The tannins are smooth, with a little more traction – grainy, but still smooth – through the finish.  The fruit jelly flavours linger and the warmth is off-set by menthol undertones.  I’d like to have seen a little less warmth and a little more definition to the fruit.  The wine was aged for 16 months in American oak, 40% new, 60% one year old. 14.5%  RRP £45

A firmly structured Napa Valley Cabernet Sauvignon, with Penfolds’ polish and intensity, delivered with restraint – not as muscular or ripe-seeming, it is drier in profile than its Australian mirror image, Penfolds Bin 407 from South Australia.  Bin 704 does not give much away on the nose.  Initially closed on the palate, mouthcoating, fine and suffusing tannins make their presence known from the off.  Going through, a well-focused beam of juicy red and black currant fruit catches up with the tannins, bringing momentum and relief.  Lifted tobacco and dried herb notes put me in mind of a Jancis Robinson description of Napa Cabernet – a tennis match between fruit and herbs.  With emphatic tension to this rally, it cleaves close – there’s not a lot of play to the fruit.  Tapering, the tannins move in on the cocoa-nib (firm again!) finish, with smoky, touch bloody/rusty nail undertones. Exudes latent power. Smart wine.  Needs time; great promise. It was aged for 16 months in French oak, 40% new, 60% one year old. 14.5%  RRP £60

This Cabernet features 85.1% Napa Valley fruit (predominantly from Oakville, Rutherford and Calistoga AVAs); the balance hails from several of Penfolds’ South Australian vineyards.  Leading the attack, Spanx-like Californian Cabernet holds a tight frame, waist sucked in.  But the juiciness of the fresh black and red currant fruit draws you in and, going through, one senses a buoyant body of sweet-scented South Australian blueberry and black olive fruit beneath.  Gently but persistently smoky too. On day two, floral notes emerge and the red fruits seem more emphatic.  Relaxing a tad on day three, the black fruits rise. The oak adds a touch of (think, spicy, nutty) speculaas biscuit. But it is the structure which holds the eye.  Ribbon-like, insinuating acidity creates an elegant tension between the fruit and powdery fine china ink and iron filing tannins.  There is a sense of stretch and purpose as the tannins rise into the finish, with its ironstone gravel undertones.  Svelte, undeterred, the fruit maintains pace.  On a mission to impress, this Cabernet succeeds; great finesse. It was aged for 16 months in French oak (80% new) and American oak (20% new). 14.5% RRP £145.00

The addition of 13% South Australian Shiraz to the Napa Valley Cabernet Sauvignon brings motility and vivid fruit to the palate.  The reversal of oak provenance (80% American, 20% French, all new) jumps out on the nose, with its exotic toasted and creamy coconut.  In the mouth, nutmeg, anise and clove spice chime in, together with a lick of malt.  With an elegant swathe of saturating acidity and pinpoint fine tannins, resistance is futile.  The svelte plum, blood plum and black, red and blue currant and berry fruit flow in a delicious arc of flavour.  A hint of peppermint lends a cool note.  Terrifically sleek and polished, the fusion of Cabernet and Shiraz is harmonious, yet with tension.  Iron fist, velvet glove tannins underpin and shape this confident, poised blend.  Ageworthy, yet eminently broachable, there is plenty of solace in this bottle.  Penfolds Quantum Bin 98 aged for 16 months in barrel.  14.5% RRP £545