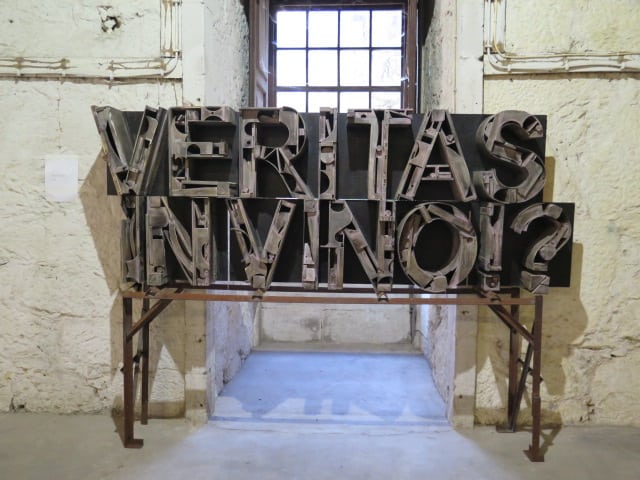 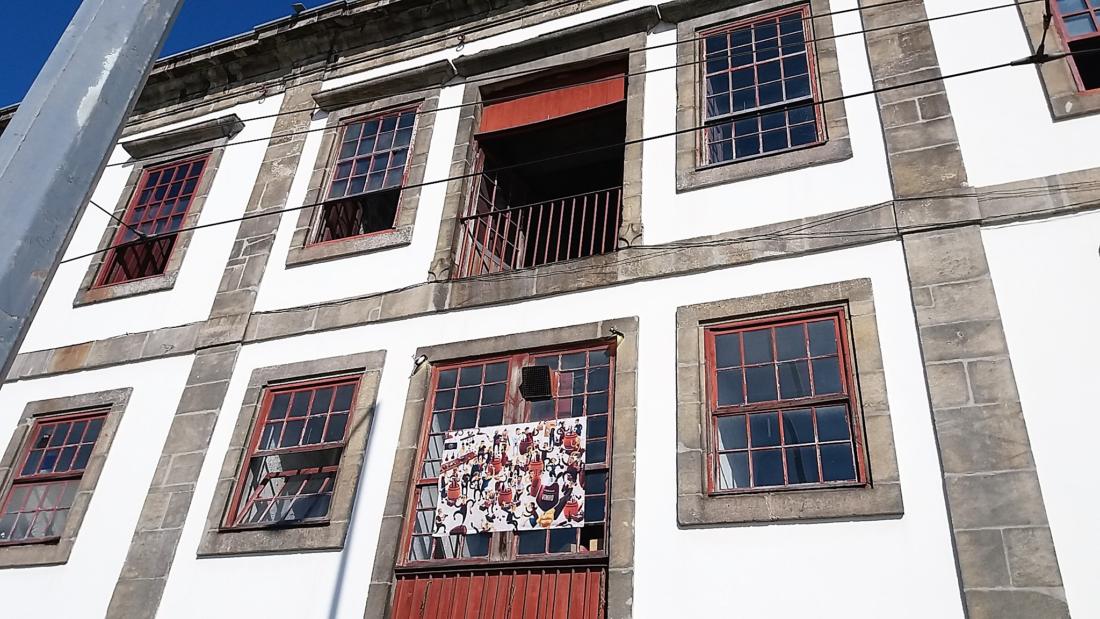 This Oporto alternative wine fair remains one of my very favourite fixtures of the year.  And the happiest of hunting grounds for exciting new wines – from players established and new.  In 2018, Casa do Cais Novo – a beautiful old Port wine warehouse – played host to Simplesmente Vinho once again.  Now in its 6th year, it is a measure of this fair’s success that it was packed to the gunnels for the trade/press sessions (a new and welcome development) as well as the consumer sessions.  With 101 producers (18 Spanish, one French), it was packed on both ‘sides of the table’ too (though, at Simplesmente Vinho, a friendlier barrel dispenses with the ‘divide’ between producers and tasters). 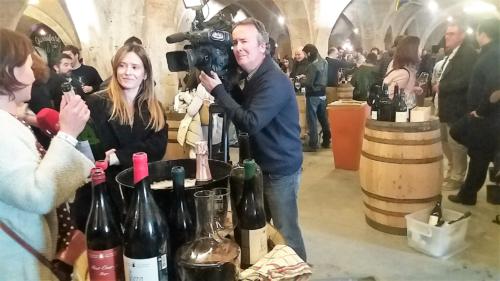 Held on 23 and 24 February, I spent four days before the fair in the Minho and Douro visiting with producers, including Quinta do Infantado, which is the family estate of Simplesmente Vinho’s  energetic co-founder and chief of operations João Roseira.  I thought it was about time, having not previously visited Infantado, plus it was good to catch up with Roseira before the fair consumed him!  We chatted about the evolution of Simplesmente Vinho, which started off with 16 producers.  While Roseira told me there could easily have been another 30 producers, he reckons 101 is the right number to stop and press pause for now. 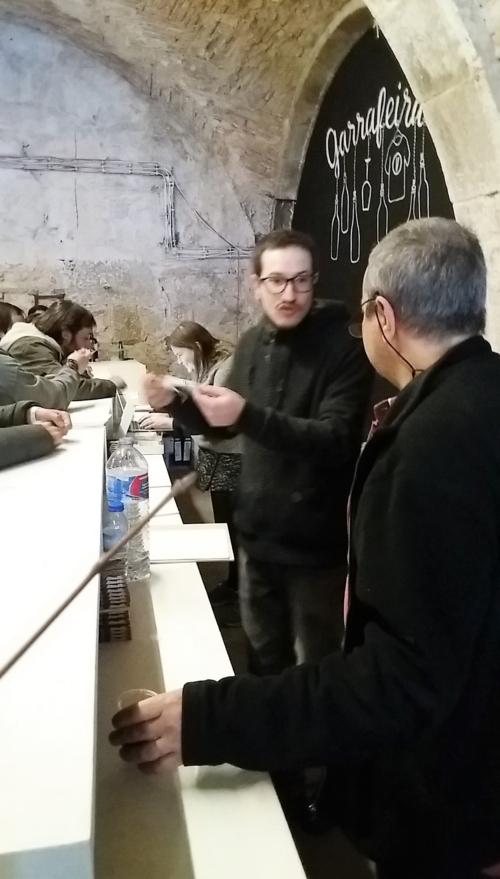 It’s quite an eclectic bunch of producers which, for me, is a strength.  At its broadest, Simplesmente Vinho celebrates the small players and, while the majority are artisans and/or practice low intervention viticulture/winemaking, this is not true of everyone.  Roseira explained that the aim is to give a platform to producers who are just starting out and to open up a dialogue between producers to encourage creativity, including spurring on the more technologically-inclined to explore another way. 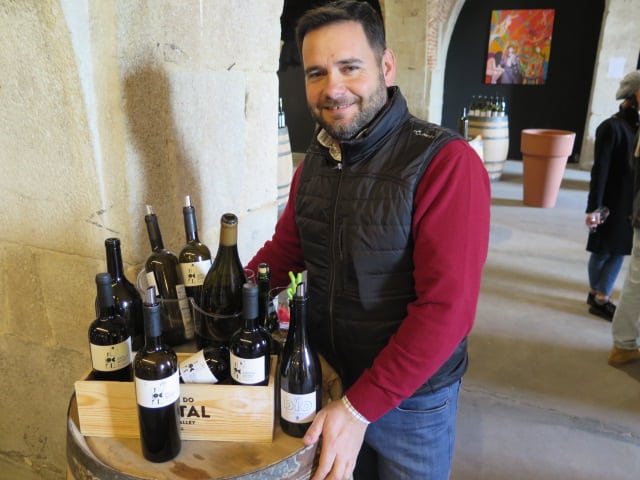 Quinta do Portal’s Paulo Coutinho with, fresh from the toy’s room, Portal Unlocked

Established, larger players like Niepoort showcase small production, vigneron and out-of-the-box projects at Simplesmente Vinho, like Nat’cool wines.  This year, the original Douro wild child was joined by fellow Port and Douro wine producer, Quinta do Portal. Describing Quinta do Portal’s recently launched limited production range – Portal Unlocked – as “wines from the toy room,” Paulo Coutinho was clearly enjoying the creative vibe.  As well he might, surrounded by the work of six Portuguese artists and music from two Porto bands.

Bigger picture Portugal and Oporto are buzzing at the moment.  Thanks to tourism, Roseira told me that, “for the first time in many years, a business running a restaurant in Oporto beyond the obvious has an audience who are willing to pay.”  Which is good news for wine too.  With two major (simultaneous) wine fairs to its name in Simplesmente Vinho and Essência do Vinho, Roseira proudly told me about Time Out magazine christening Oporto ‘essentiellement vinho’ – one might say Portugal’s capital city of wine.  Nice work! 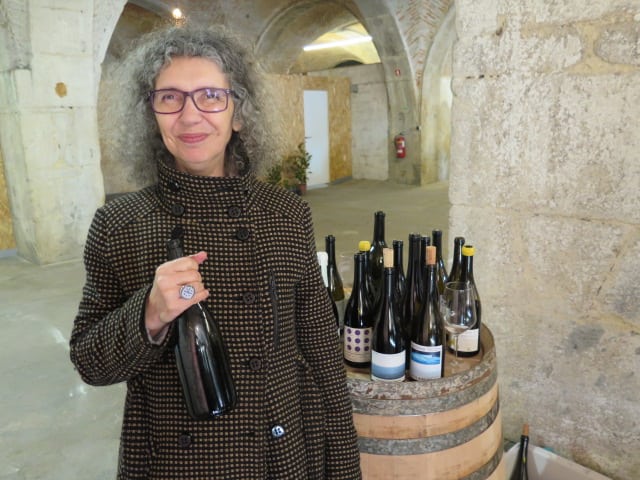 In upcoming posts, you’ll find my highlights from the tasting (including my visits), my focus 100% Portuguese.  First a word on overall themes.  This is the place to discover Portugal’s emerging natural wine scene, by which I mean wines with no added/very low sulphur and skin contact/orange wines. 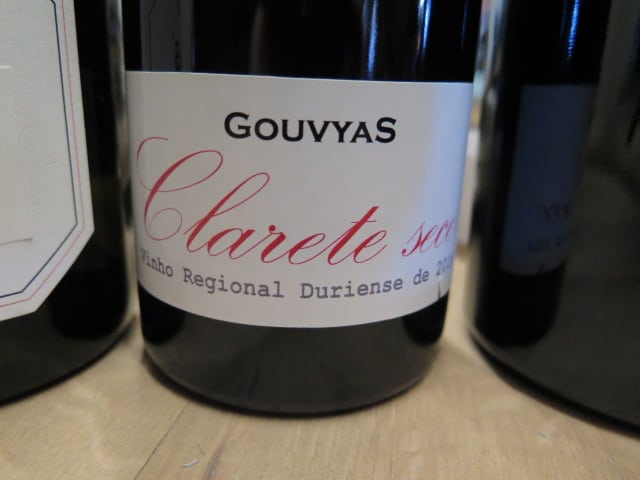 Talha and amphora wines continue to make their presence felt and interesting dry rosés are on the up, more often than not made the traditional way by blending red and white grapes (which may or may not be from field blend vineyards).  These so-called Palhete or Clarete wines could easily pass as lighter reds – another trend, this one global and  applicable to white wines too. 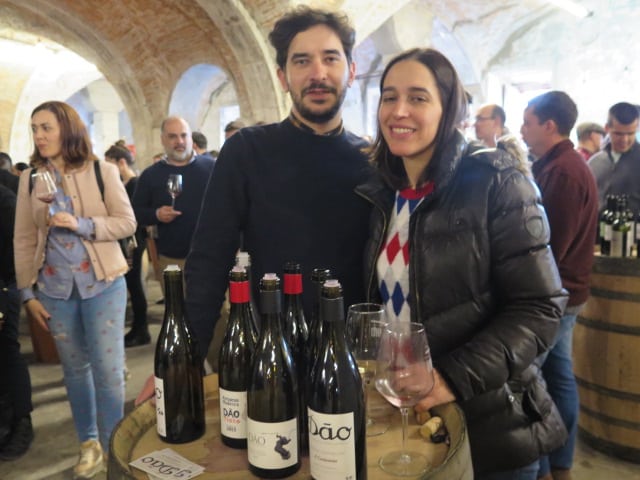 Different grapes (for example, Rufete, Touriga Fêmea for reds), cooler sites and earlier picking are the building blocks of this ‘lightness of being’ development.  Much as I love fresh, mineral wines, somewhat reminiscent of the early stages of Australia’s Chardonnay revolution, I’m finding whites, in particular, too austere – lacking in flavour intensity – perhaps picked a little too early?  When compensatory flavour and body-building tactics like reduction and lees-ageing/stirring come into play, it can lead to a somewhat homogenous style, which I suspect is not what the (terroirist) winemaker intended.  Doubtless the pendulum will swing back (or maybe some wines will come into their own with bottle age?) 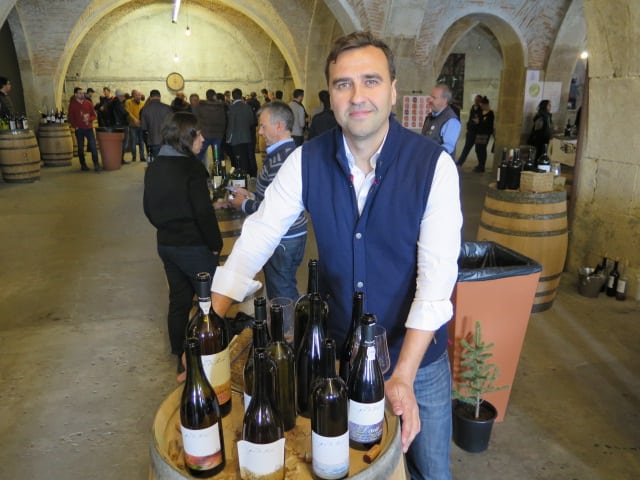 During the fair, I make a bee-line for new names/wines.  Of the new-to-me players, this year’s most exciting were Fio de Terra (Slava Izmailovs wine from Douro, Dão, Bairrada) and Romano Cunha (Trás-os-Montes), which wines are made by Mário Romano Cunha in collaboration with Raúl Perez.  Watch this space for more details about my many vinous highlights.