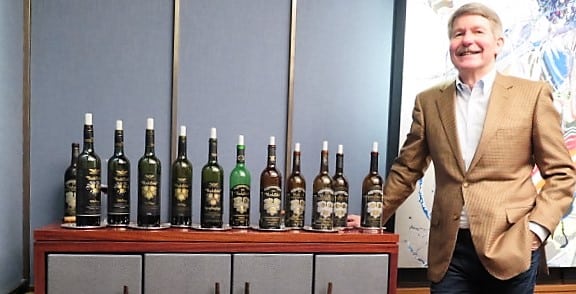 September Wines of the Month: from a duck to a wolf 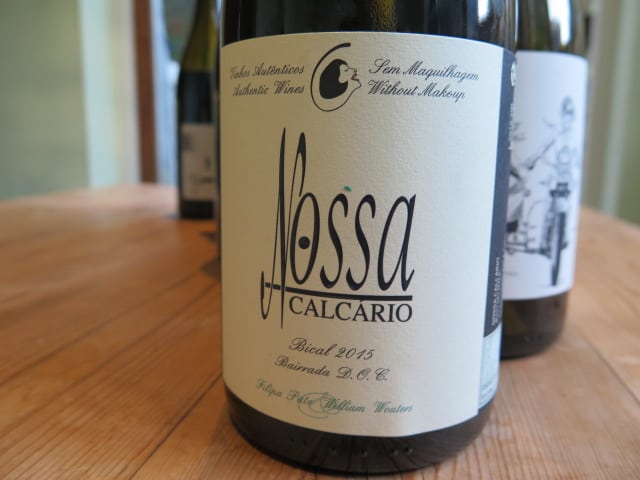 Given the holidays, August is a quiet month for tastings.  A chance for me to catch up on tasting samples at home.

These included Filipa Pato’s latest releases (Pato, by the way, means duck in Portuguese). I loved the new vintage of Nossa Calcario Bical from the excellent 2015 vintage.  Earlier this year when I interviewed the Bairrada winemaker and her life/business partner William Wouters, a sommelier, they were pleased as punch that both flagship wines – Nossa Calcario Baga and Nossa Calcario Bical – have been listed in three Michelin-starred restaurants.  I imagine that they represent terrific value for money alongside some rather more famous names!

As for my red wine of the month, Chris Hatcher was in town hot on the heels of Wolf Blass scooping Red Winemaker of the Year at the International Wine Challenge for the third time.  A nice feather in the cap on the 50th anniversary of this famous brand.  And a great excuse for the Chief Winemaker to show off a vertical of Wolf Blass Black Label Cabernet Shiraz, including the 40th release – the 2012 vintage.

My report of the Wolf Blass vertical tasting (1974-2012) will appear in a future Weekly Fine Wine Review for www.decanter.com, but here I write up my pick of the bunch for current drinking, the 1998.  It’s the third time I’ve tasted this vintage in a vertical in two years and it absolutely lives up to the reputation of this outstanding vintage and the ’98’s status as Jimmy Watson Trophy winner (as did the 1974, I might add).

Wolf Blass Black Label enjoyed unprecedented success at the Royal Melbourne Show, winning the Jimmy Watson Trophy four times (with two wins apiece, its nearest rivals, Penfolds Grange and Cape Mentelle haven’t got close).  According to Hatcher, it is also the most awarded wine on the Australian wine show circuit, with over 300 golds to its name. That said, when I interviewed the winemaker after the tasting he said he didn’t see Black Label winning the Jimmy Watson Trophy again. In the last decade, the trophy has gone to reds from cooler climes, latterly cool climate Syrah and Pinot Noir.

Still, it was interesting to see Black Label’s evolution towards a brighter-fruited style in the vertical.  Describing the ’98 as “a light bulb moment, with a contemporary focus on fruit,” Hatcher said it saw a return to gentler, small batch winemaking.  Having undergone partial barrel fermentation in American oak, he elected to put the fruit centre-stage and age the ’98 in French oak.

In the vineyard, work to improve fruit quality in the vineyard received a boost in 2001 from an unlikely source – Pierre-Yves Colin, who was consulting for Wolf Blass on Chardonnay.   Hatcher recalled how the Burgundian winemaker “wasn’t interested in the winery at all.” He recognised that addressing the savage Australian sun “was purely about the vineyards.”

Project Uplift helped Wolf Blass even up the ripening cycle (which helps eliminate overripe fruit).   Its success was particularly marked in the most recent vintages shown.  The 2010 and 2012 from drought-free vintages showcased juicy, bright, persistent fruit.  Both also stood out for the fact that they were not aged in 100% new oak, the proportion slipping from 80% in 2010 to 52% in 2012. These evolutionary symbols of Black Label’s enduring success surely have a long life ahead if the ’74 is anything to go on.  Hatcher reckons the 2012 is his best yet.

Pato and Wouter’s old vine Bical is a wine of great subtlety and beauty.  Pale with golden glints, it’s very fine and delicate in the mouth given its intensity and depth of flavour.  If you broach it young, do decant it because, as I discovered tasting it over 3 days,  it really rewards time and air to show off its many intricate layers of fruit and minerals, lees and oak.  The nose initially shows off the latter – with delicate nougat/dried honey hints, on day two, a touch of vanilla and cedar.  Always subtle.  Similarly, the mouth fleshes out with time, making for a perfect integration of acidity and very harmonious balance. At first, the flavour profile is markedly salty and mineral with a streak of grapefruity acidity, bruised apple and white peach.  As the fruit comes up – white peach/peach kernel, waxy apricot even – the texture becomes suaver, with gently creamy – think pillowy, feather-light – lees.  Mica crystals glimmer through the long and limpid finish.  A tender wine whose still waters run deep.  12%   It is imported by Clarke Foyster. 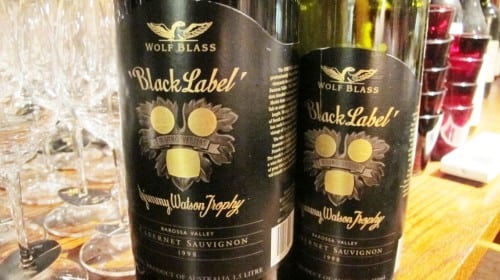 Hatcher bemoaned the fact that this wine was bottled under cork (screwcap was introduced in 2002).  But it didn’t spoil my enjoyment of this blend of 89% Cabernet Sauvignon, 6% Shiraz, 5% Merlot one jot.  It is a little brooding at first, such is its intensity.  But once the ’98 is out of the starting blocks, there’s no stopping it.  This is an opulent wine, super-generous, but muscular too.  So while it has swathes of rich, black fruit with juicy persistence and powerful, ripe tannins too, it has an energy and discipline about it – an athleticism if you like.  Even the creamy, mochacino oak knows it place – it is seamlessly integrated,  putting the fruit centre-stage.  With no shortage of drive and ambition this wine is glorious now, but will deliver great drinking pleasure into the long term.  Impossible not to take this wine to your heart.  14%  £125/bottle at Winepro