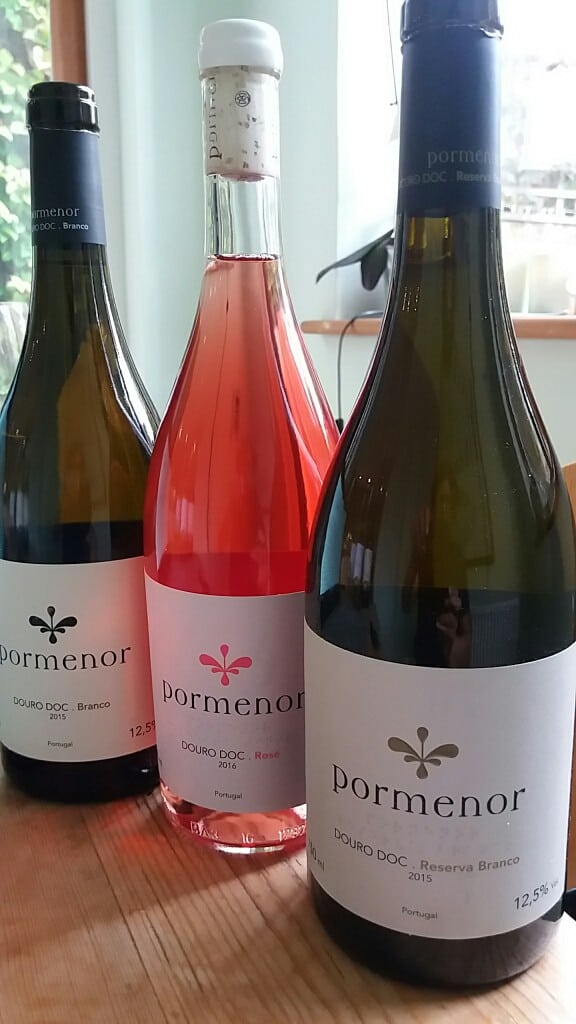 The usual order is wine then cork, but not in the case of José Silva, Miguel Cardozo and Pedro Coelho.  The three friends, who banded together to produce Pormenor Douro wine, are all descended from families linked to the cork industry.   Coelho, the winemaker, sent me the first 2013 releases to review in 2015 (you can read my notes here, together with some more background about the project in a Blend article).  I thought they were promising.  Especially the whites. No surprises there, since ex-Niepoort man Luís Seabra is the consultant.

The 2014 red retains the freshness I admired in the first release and, with a touch more ripeness, vivid fruit deftly balanced a knowing touch of rusticity.  The new 2016 rosé release (fermented and aged for 7 months in used French oak barrels) seemed a little overworked to me, though I liked its underlying minerality and freshness.  The whites, especially the sophisticated Reserva, remain my pick of the bunch.

Mainly Rabigato, Malvasia Fina and Codega do Larinho, which is sourced from very old (70+ year old) vines located at 500-600m in Carrazeda de Ansiaes, Douro Superior.  The fruit was harvested in late August to preserve acidity.  Un-oaked, this wine was aged on lees in stainless steel tank until bottling on 12 May, 2016.  It has a gentle, unpushed, expansive, lees-driven mouthfeel (with a creamy, almondy quality on day two).  Nutty  lees bring savoury inflections to this white’s poached pear, ripe apple and candied lemon fruit.   With subtly persistent acidity and a mineral undertow, the finish is salty and long.  Drinking very well now; expect it to become nuttier, oilier going forward.  I liked it, though I wondered if it might benefit from a little less lees’ work? 12.8% abv 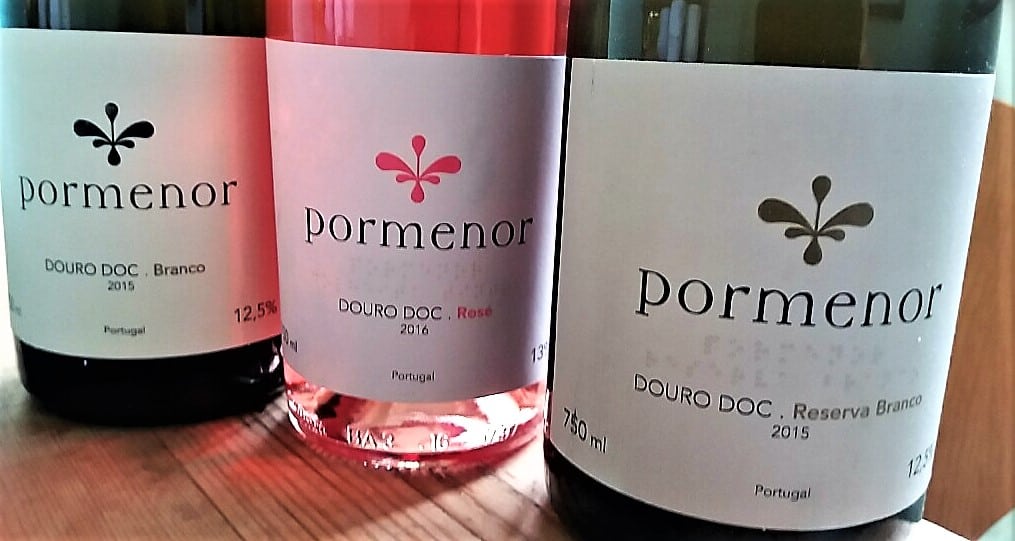 The fruit for the Reserva comes from the same spot, but from higher vineyards, at 600m-800m in Carrazeda de Ansiaes, Douro Superior.   This wine was naturally fermented and aged on lees for 10 months in used French oak (without temperature control). It underwent no batonnage or malolactic fermentation.  I’d have guessed new oak came into the equation here – it has pronounced vanillin and smoky/flinty, lemon oil to nose and palate.  But the action-packed palate has more than enough going on to carry off the oak, whose helping hand keeps this wine on a rail.  In the mouth Pormenor Reserva Branco is firm and focused, with a streak of lime/aromatic lime zest notes, grapefruit and pebbly, mineral acidity.  It has lovely energy and pace, with subtle leesiness to round out the edges.   Very good, with terrific vibrancy still on days two and three. 12.5% 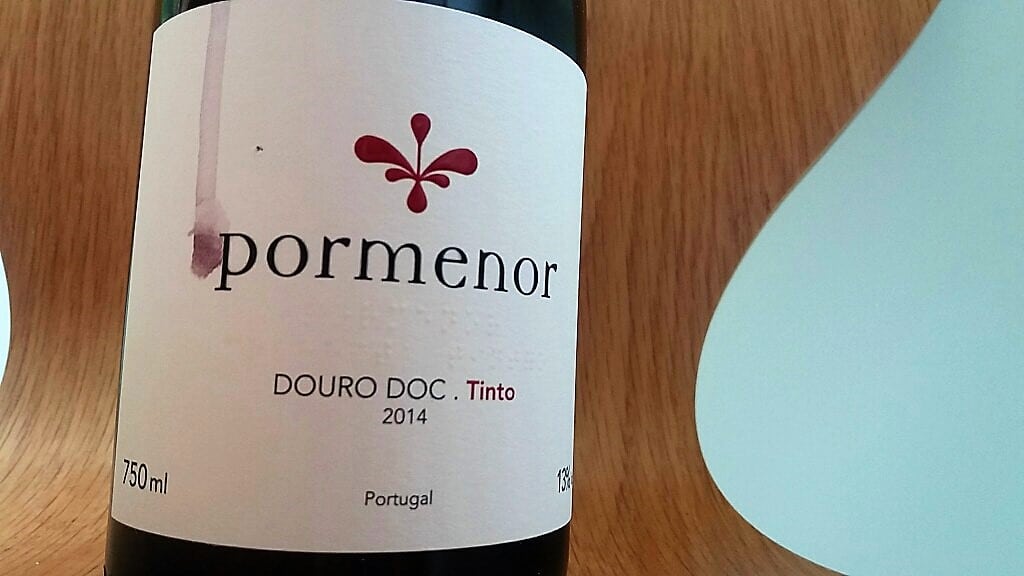 Both Tinto and rosé come from old vines (mostly Touriga Franca, Tinta Roriz and Tinta Amarela), located at +500m in Soutelo and Nagosela do Douro, close to Sao Joao da Pesqueira. This wine underwent 25 days’ post-fermentation maceration in stainless steel before being aged in used 225l French oak barriques until bottling on 22nd July 2016.  Deep, bright purple (almost cassis-like) in hue, with a narrow, bright pink rim.  The nose is fresh and earthy (in a good way) with black berry and currant and traces of violets.  Again, attractively unpushed.  The medium-bodied palate follows suit.  The blackberry fruit is very juicy and fresh – spurty, pippy and sappy.  Pithy, pomegranate tannins lend gentle grip, bringing a touch of calm to its raw expression of fruit going through.  Youthfully direct, with lovely freshness and schistous minerality to the finish.  The oak is worn extremely lightly which, together with the fresh-picked feel of the fruit and pick of tannin makes for a certain rusticity – a lack of polish.  But it is a knowing rusticity.  This Douro red has great immediacy and sense of place.  I suspect it will age well into the mid-term.  13%
(Visited 501 times, 1 visits today)
Categories
BlogPortugal
Tagged
DouroPormenorPormenor winePortuguese Red WinePortuguese White winePortuguese wine