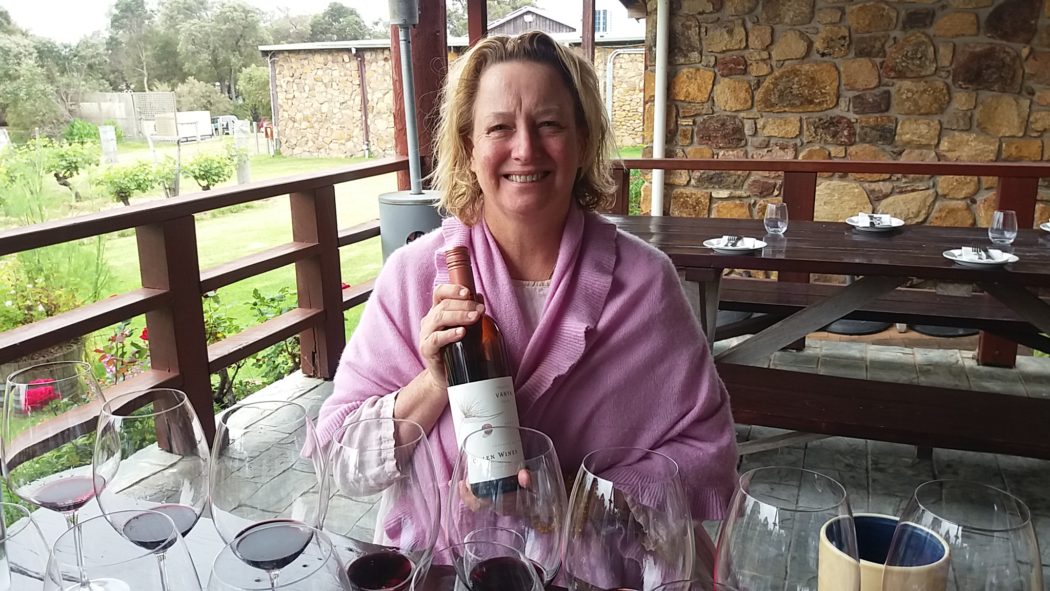 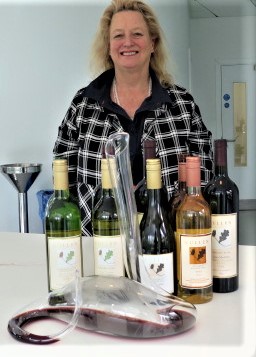 It was good to catch up with Vanya Cullen yesterday.  Surfing a wave of success, she flew into London from New York, where she was awarded The Australian Women in Wine Awards Winemaker of the Year 2019.  In August, reflecting Vanya’s extraordinary prescience in her field, she was the recipient of James Halliday’s award for Winemaker of the Year 2020.  Yes, 2020!

Celebrating her 30th year as Chief Winemaker at Cullen Wines, Cullen is no stranger to awards.  In 2000, she was the third recipient of Gourmet Traveller magazine’s Winemaker of the Year Award.  Speaking to her, these new awards are no less sweet.  Arguably sweeter.  Cullen Wines has received a slew of awards for being green and for its biodynamic wines, but Halliday’s award in particular represents an important, broader endorsement of Vanya’s pioneering work at the vanguard of celebrating and conserving the land through organic and biodynamic wine growing.  Vanya described it as “really a turning point for organic and biodynamic wines,” which is good for the land, she said contentedly.

The awards also acknowledge Vanya’s leadership addressing climate change (or, as it’s now known, the climate crisis) through not only eschewing synthetic chemicals, but also pursuing a carbon neutral strategy.  This year, Cullen Wines became Australia’s first certified carbon neutral winery.  When I interviewed Vanya about Cullen for The World of Fine Wine in 2007 (Ahmed On the Vine Cullen ), the winery had already become Australia’s first to offset carbon emissions through the planting of trees and Vanya was planning for the business to become self-sufficient through solar panels and windpower.  Today, Cullen Wines’ solar panels deliver on average 40% of their needs and the rest is met by a renewable energy supplier.  This eye-opening report details how the business has actually offset more carbon than it has emitted – more than 200 tonnes.

As Halliday has candidly acknowledged, around the turn of the century, as Cullen started on its journey towards organic, then biodynamic certification (achieved in 2003 & 2004),  this alternative route was greeted with scepticism by “brash naysayers,” himself included. Even in 2010, when I attended a week long series of masterclasses focused on Australian fine wine, key movers and shakers were dismissive of natural ferments (which Cullen started practising in 1996) and I encountered resistance to the concept of terroir.  So Cullen’s dedication to the cause has been formidable in the context of an industry which is (rightly) lauded for the science behind its viticulture and winemaking, but has only recently started coming around to less interventionist approaches.  One which, said Vanya, has seen her “shift away from the Roseworthy [now Adelaide University] focus on oak, acid and numbers – deconstructing to construct – towards an earth to bottle approach.” It’s about “not looking at anything to make a wine as should be,” in other words, building from the bottom (vineyard) up.

Speaking of terroir, Vanya is hoping that next year will see Wilyabrup (where Cullen Wines is based) receive Geographical Indication status, making it Margaret River’s first official sub-region.  The application was supported by Cullen Wines and four other Wilyabrup producers – Woodlands, Moss Wood, Fraser Gallop and Lenton Brae.  A region-wide tasting in 1999 based on Dr John Gladstones’ conceptual sub-regions bore out differences which, they contend, warrant formal recognition and Margaret River’s founding father has produced fresh independent climate analysis to reinforce the submission.   I couldn’t agree more with Vanya when she says, “there is dignity in a lot of stories.”  As the broader acceptance of different approaches to wine growing illustrates, they bring richness and texture to Australia’s story, and their currency is strong.

Earlier this year, Decanter Premium commissioned me to write up the latest vintages and a mini-vertical of Cullen Wines’ flagship cuvees (Diana Madeline Cabernet blend, Vanya Cabernet Sauvignon and Kevin John Chardonnay).  You can find my tasting notes here.  Yesterday, I enjoyed my first taste of pinnacle release Vanya Full Moon Cabernet Sauvignon 2017 alongside other new releases and, pictured in decanter, Cullen Reserve Cabernet Sauvignon from 1989 – the year in which Vanya became Chief Winemaker.  Here are my notes:

This pretty, soft pink Pet Nat has zero additions.  It is very Cullen –  beautifully balanced, but with powerful (within a rosé spectrum) fruit purity and intensity (less about breadth, more about depth).  The fruit – plum, red berry and cherry – has a creamy quality (this blend of red grapes spent one month in old oak).  Watermelon notes bring sluicing freshness, as does the gently persistent, tangy bead.  Dangerously drinkable.  14%

These days unoaked, this ‘SBS’ comes from the Mangan Vineyard across Caves Road from the winery. Correspondingly (and perhaps reflecting the cool year with above average rainfall in March), this blend of 54% Sauvignon Blanc, 46% Semillon is light on its feet.  It reveals talcy florals, fresh lemon, lemon skin and a touch of artichoke, which I often find in Margs’ SBS wines – a classy vegetal note!  Brisk and pleasing.  12.5%  RRP £23.99

I’m really pleased to see the Grand Cru, original SBS is being imported here again after a hiatus.  Vanya calls it “a dark horse” and, in 2007, I remember being wowed by a vertical back to 1996 (which you can find in the above-linked The World of Fine Wine feature).  With older vines, another year under its belt , barrel fermentation and, for 60% of the wine, ageing in French oak (70% new), it is richer, spicier and more structured, with terrific intensity and interest as it opens up in the glass.  It’s a big wine, and yet not, with a killer finish, replete with lifted spices (fenugreek and crushed coriander seed), bitter lemon and marked salinity.  Vanya observed, aside from the oak, “we put a lot of effort put into it – 11 different harvest – all kid gloves harvesting on fruit and flower days.” Very long and balanced, with great depth of flavour, it is a blend of 76% Sauvignon Blanc, 24% Semillon.  13%  RRP £24.99

I didn’t get on at all with the first 2014 vintage of Amber, though it won plenty of acclaim.  I found the alcohol (15%) and skin contact/oak influence combative.  The 2017 vintage is the first to be made since and is a different animal.  Much lighter in colour for a start and so it is on the palate.  There is some pungency from the skin contact and a light pick of tannin – seasoning in the glass, but it is quite delicate and nuanced on the palate, which has a crunchy, lively freshness, so you really feel like you are tasting the skin and the juice.  For Vanya, the vintage is what principally differentiates the wines, though she conceded “we’re learning as we go –  the 2018 will be like how we want it in future, with length of flavour and back to a Semillon Sauvignon Blanc blend.”  Whilst the 2014 – a riper year – was made from 64% Semillon, 36% Sauvignon Blanc, the 2017 vintage is 100% Sauvignon Blanc.   Both vintages of Amber were left on skins and fermented partially in open fermenters, closed tank as well as amphora. The skin contact went from two days to one month depending on the grape/parcel. 79% of both vintages spent four months in new Tonnellerie Bordelaise and Louis Latour barrels. 12.3% RRP £28.99

The Mangan Vineyard has diverse soils.  The East Block is prime red wine territory – granite and gravelly, sandy loam.  Still a deep hue, this blend is dominated by Petit Verdot (72%, with 28% Malbec), which is great for colour, acidity and aromatics, said Vanya, “keeping liveliness in the wine.”   With five years under its belt, it is still a brooding wine, with mouth-coating fine tannins, a touch furry, catching the fruit and releasing it slowly.  As it opens up, bursts of black cherry mingle with its dark berry palate.  Lovely spice – fennel and liquorice through the long finish.   14% RRP £33.99

I last tasted this wine at Cullen Wine’s 40th anniversary celebrations – you can read my report of the vertical tasting back to 1982 here.  It was terrific – not bad at all, I thought, for a wine from a vintage with summer rains, whose wines were described as “light and pretty at a young age.”     Though, as Vanya flagged, it was a touch corked, this bricky red nonetheless retained good body, building in the glass, even though it had been in a decanter for at least a couple of hours.  Classic Cullen notes of dried roses, iodine and kelp to its plummy, chocolatey, autumn leaves’ palate.  Long and savoury – very claret.  12.8%

In this cooler year – a step change from 2012 and 2015, its predecessors – Vanya captured the style of this perfumed, supple Cabernet, saying “it’s more like a Pinot Noir.”  It has a beguiling, perfumed, open knit palate with vibrant sweet black cherry and blackcurrant fruit and a hint of kelp.  The oak seems very much on the backfoot, letting the fruit do the charming – fresh picked, lively and gently, but incrementally palate-staining – the fruit flavours and perfume stay with you, yet it has a lightness of touch.  In particular, a delicacy to the tannins – sheerness, one might say.  I would love to see this wine in 10, 20 & 30 years.  The Cabernet Sauvignon (100%) was exclusively sourced from Cullen Vineyard old vines.  It was picked on a flower day (11th of April 2017) at 2:08pm precisely, being the exact cycle of the full moon. The wine spent 99 days in terracotta amphorae before being basket pressed direct to a single barrel. All of the wine was aged in French oak for 6 months, of which 100% were new.  Just 261 bottles were made. 13.7%