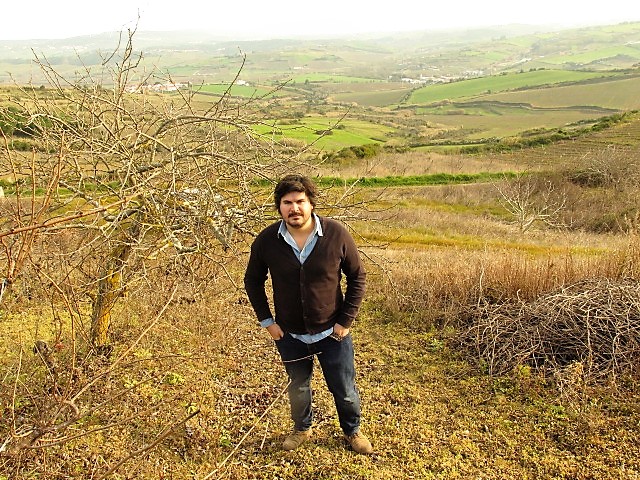 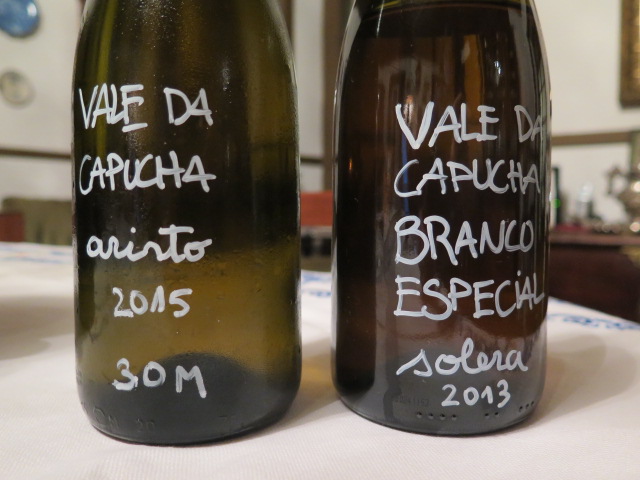 Vale da Capucha’s Pedro Marques was confounded by his 2015s.  Though it was a hot year, they are possessed of (by!) a serrated back bone of acidity and reward time in bottle.  So I was thrilled to taste this bravura ‘estagio longo’ (long aged) Arinto, which harnesses beautifully the energy of this, Portugal’s Riesling grape.  Marques made just one barrel.  He foot trod the grapes and extracted a little more in the (vertical) press, thereby reducing its super-high malic acidity (extraction increases the potassium content of the juice, raising the pH).  The resulting must was pressed direct to barrel, where it stayed on lees for 30 months.  With time in barrel and foot treading, it is a yellow hue.  Jura-like in the mouth, it has firm, lip-smacking acidity (the malolactic fermentation did not finish).  And those acid reserves keep pushing this racy wine along at a crack – wow, long aged, long in the mouth!  Reduced following 30 months on lees, the flavours are savagely mineral, with barely a lick of citrus (lemon peel) to the chalky, ultra-flinty palate. This visceral, bone dry, austere wine – a pistol-whipper – is not for everyone but, if you’re a fan of Jura’s blade-like wines (“same soils,” said Marques), this is for you.  As you can see from the bottle, Vale da Capucha Arinto Estagio Longo 2015 has yet to be released. Judging from my visit with this Simplesmente Vinho exhibitor, Marques has plenty more vinous surprises up his sleeve – it was fun to taste through and talk about what’s in the pipeline.  12-12.5% 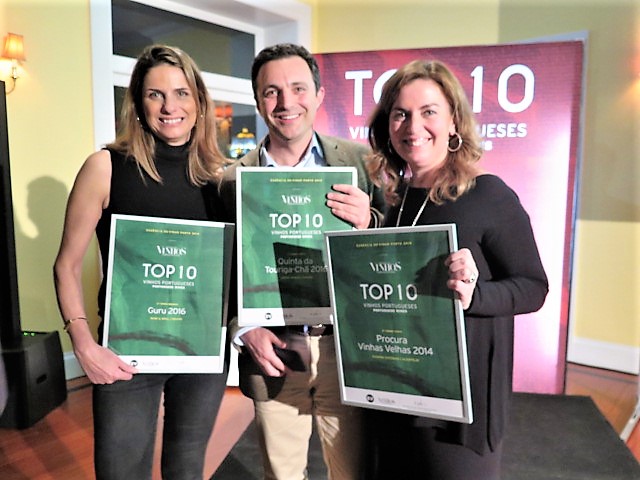 This blend of Alicante Bouschet (55%) from a vineyard in Evora and old field blend vineyard in Portalegre thrilled from its first 2011 release (reviewed here).  Tasted blind at Revista de Vinhos’ Top 10 Portuguese Wines competition (where it was the second placed red, full results here), Susana Esteban Procura 2014 has a youthfully tight nose and brooding palate, which put me in mind of a velvet curtain with pin holes of light, pointing to a long future ahead.  Terrific spice (clove, cardamom), damask perfume and minerality, the fruit concentrated but very well defined.  A powerhouse, with terrific depth and layer, well framed by tannins.  It was aged for 16 months in French oak barrels, 30% of them new and 70% second year.  14.8%