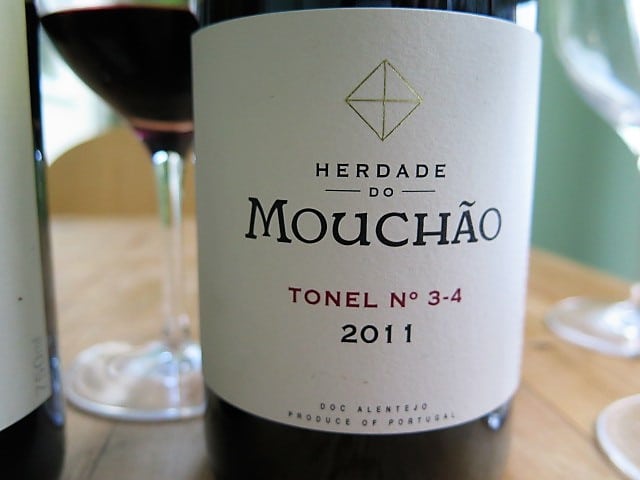 Readers will know that Mouchão is a favourite Alentejo producer.  Last week I found another fan in Max Graham, founder of London’s acclaimed new Portuguese wine bar, Bar Douro (with both of whom I made brief acquaintance last week).  It’s not all about the Douro at Bar Douro – he lists Mouchão 2003 in magnum and Mouchão 2009, which you can buy by the bottle or the glass.

Watch this post for more on Bar Douro and Graham (a scion of the family who founded the eponymous Port House, subsequently Churchill’s).   In this post, I take a look at the latest 2011 releases of Mouchão and flagship Tonel No 3-4, which is only released in tip top vintages.  No surprises, 2011 was one such.

Mouchão is imported into the UK by Awin Barratt Siegel. 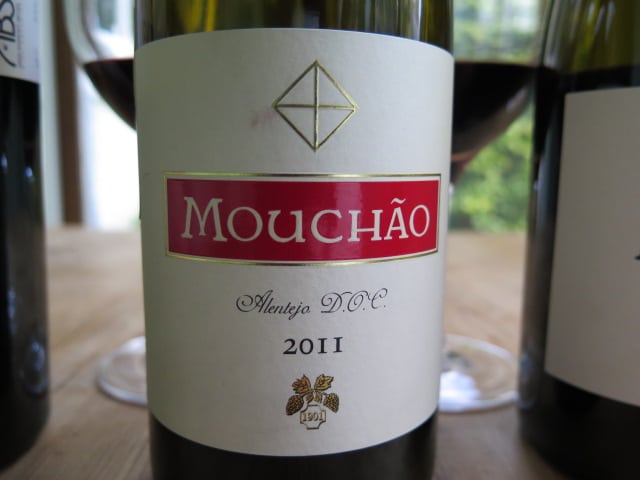 Plenty of extract and chew in this acclaimed vintage, which produced emphatically structured, concentrated wines.  So it is quite different from Mouchão 2010, which hit the ground running.  With its savoury, chewy (creaky leather) tannins, this is a wine to cellar.  It has a classic nose, minty (stewed mint) with tobacco, ink and florals; a dustiness too, all of which notes follow through in the mouth.  A core of concentrated but juicy, liquorice-edged blackcurrant, redcurrant and rhubarb is fleshed out by a riper, sweeter jubey note to the mid-palate. On days three and four, it’s showing dried fig, Kalamata olive and chocolate.  The signature swan song of stewed mint is long on the finish.  Made predominantly from hand-picked Alicante Bouschet (c. 70%) and Trincadeira, which were foot-trodden in stone tanks, this wine was aged in large wooden vats for two to three years, after which it matured for a further two to three years in bottle prior to release. 14% £35.65 at Halifax Wine Company.

While Mouchão is big and ripe, with sturdy tannins, Tonel 3-4  is more polished and refined.  Which in some respects is surprising.  After all, this wine is 100% Alicante Bouschet and Alicante Bouschet is known for its rustic expression.  The teinturer grape certainly lends this flagship red a much deeper, youthfully uniform hue. What’s more, Tonel 3-4  is also matured for two years in aged toneis (large wooden vats), specifically two, numbered 3 and 4 (hence its name).  No French barriques or new wood here.  Apparently, these toneis (perhaps tighter grained?) have always produced better wines.  But I suspect the answer lies in the vineyard.  Mouchão has three Alicante Bouschet vineyards.  Vinha das Canas, Vinha da Dourada and Vinha Carapetos.  Tonel 3-4 is sourced exclusively from Carapetos, the oldest (which dates back to 1985 and was sourced from the estate’s original 19th century stock).  It is a deeply impressive wine.  The fruit (red and black currant) seems drier, firmer more vibrant and focused. While it is hugely concentrated, it is also tightly coiled – very well defined.  Even the pithy pomegranate tannins seem ‘fresher.’  Herbal and spice notes add lift and layer – delightfully delicate, filigree traces of white pepper and bay leaf, spicier, darker liquorice and clove with tobacco and mint, here less pronounced, less stewed than Mouchão.   A very long, well-structured, involving and energetic finish is shot through with mint, liquorice and chocolate.  On day two, inky violets/dried fig and this estate’s dusty warm earth, incipient leather and mulch notes start to emerge,  But even on day four, a pure beam of concentrated, lively red and black currant brings great focus, freshness and impetus to the finish. Tonel 3-4 wears its alcohol (15%) incredibly well.  It has masses of potential.  I’d say do not disturb Mouchão 2011 for at least three years (and preferably leave it longer), whilst this wine should not be broached for several years and will surely age for decades.  Terrific.  15%