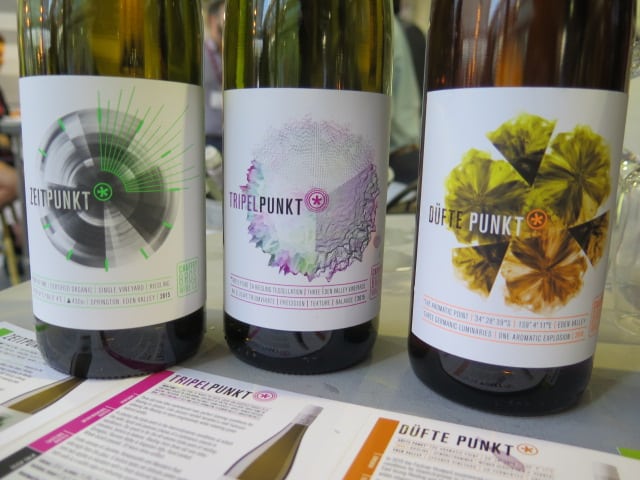 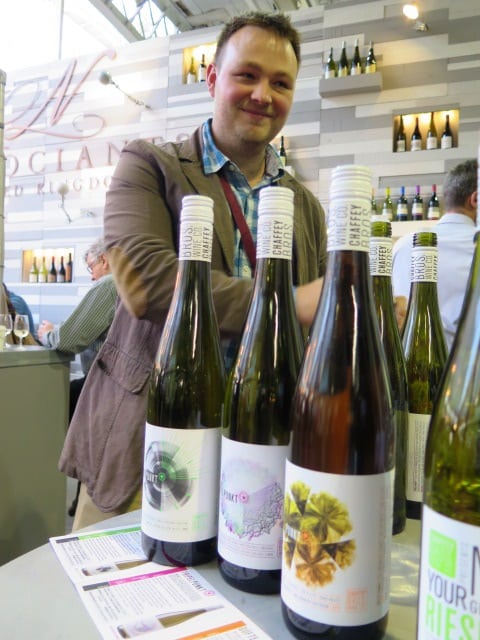 I’m starting to wonder if, by November when I judge at The Australian Alternative Variety Wine Show, so-called alternative varieties will have gone mainstream!  I tasted yet another delicious Negroamaro at Matthew Jukes’ 100 Best Australian Wines’ launch last Tuesday – Lethbridge 2014 from Geelong (click here for my notes on other fine examples).

But according to Chaffey Bros’ Theo Engela,  the Kerner sourced for their innovative Riesling, Gewurtztraminer, Kerner blend  – Düfte Punkt – comes from one of only two tiny Australian vineyards of the German variety (which you can also find in Austria, Switzerland and Italy).  Still, interesting that it is being imported by Negociants, whose portfolio is super-classical. 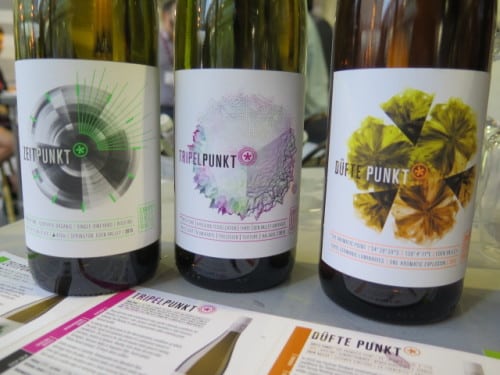 But it was the whites and rosé which excited me the most.  Here are my notes, starting with that innovative Kerner blend: 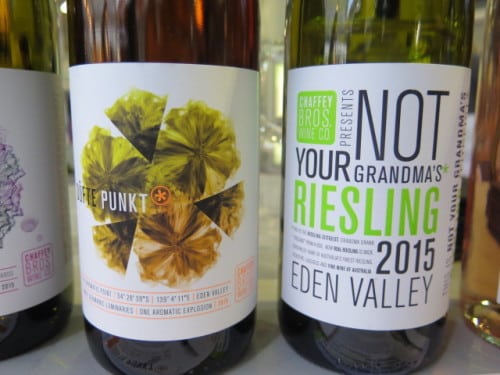 Düfte Punkt means aromatic point. This co-fermented single vineyard field blend comprises 40% Riesling, 40% Gewürztraminer and 20% Kerner/Weißer Herold, a Riesling-Trollinger crossbreed.  Growers, the Fechner brothers, were inspired to plant the Kerner following a trip to Germany.  Engela believes it was planted around 2002.  Whilst I’d have expected its generous helping of Gewurtz to dominate the wine, instead I was taken back to my study days tasting German wines – I reckon this wines gentle, round apricot/apricot kernel mid-palate – nice fruit – reflects the role of the Kerner. The Gewurtz is a subtly musky presence, while the Riesling underwrites this white’s freshness and persistence.  In the mouth, it’s seamlessly done.  Australians seem to be a dab hand at using alternative varieties to create unique, highly drinkable blends like this. It wears its 5.9g/l residual sugar lightly; 12.9% abv.  Very good.

I was expecting this wine to be a serious off dry style (as opposed to a 70’s commercial quaffing style).  In fact it’s a classic zesty, citrus-fuelled, dry number which I obviously mistakenly think is stereo-typical in Australia.  Clearly punters still need directing about Australia’s classic dry style.   If not as interesting as the other “Punkt” Rieslings, Not Your Grandmother’s Riesling is a really solid Eden Valley style with good line and length and a slatey, quinine minerality.  Very direct, crisp and refreshing. 12.2%

Zeit Punkt means point in time, highlighting the key to this wine – picking time.  Pick one focused on freshness, pick two on intensity of flavour.  The Riesling comes from the Ahrens family’s organic certified vineyard bordering High Eden at around 450m, in Flaxman Valley.  It’s classically dry, but thanks to minimal sulphides and being un-fined, it’s more textural than most, which makes for an attractively meandering palate – it seems to reach parts of the mouth which arrow straight Rieslings don’t.  The palate is slatey, with pronounced fresh lime juice-sluiced minerals and pebbly rather than citric acidity.  Very good. 11.6% 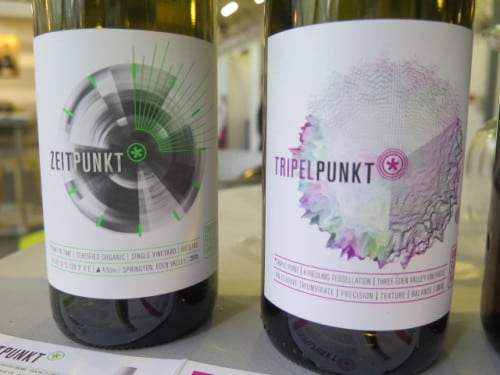 No prizes for guessing what Triple Punkt means. Fruit is sourced from three old vine sites in Springton, Flaxman Valley & Angaston Hills. This Riesling’s other point of difference is that one of the three batches underwent 18 hours of skin contact.  It’s skilfully, as in subtly done, retaining the mineral purity of this wine while accentuating Eden Valley’s floral/bath salts with its distinctly soft, powdery shower of talc through the finish.  A firm backbone of acidity maintains the tension and deftly balances 6.9g/l of residual sugar.  Very well done.  11.5% 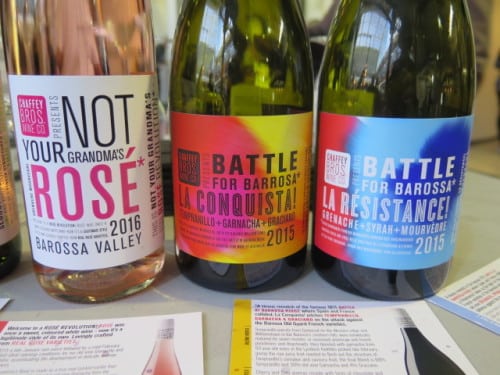 This is a very clever, pale and interesting rosé indeed.  A splash (8%) of Riesling, Gewürztraminer and Kerner brings a sweet florality to the nose.  Neither the colour nor the nose  (still a bit estery post bottling) prepare you for what happens next.  In the mouth, it has surprising intensity and a light but lingering rub of spices – a neat touch of grip to balance a lick of hardly noticeable (5.3g/l) residual sugar.  Really good acidity and persistence too, thanks to early picking.  But at the heart of such sorcery lies good fruit sourcing.  The principal ingredients are old vine Grenache (62%) from the Lyndoch foothills and from Stockwell, which is co-fermented with old vine Mourvèdre (30%) also from the Lyndoch region.  A great rosé, with the weight and sophistication to work with complex food.  13.4%