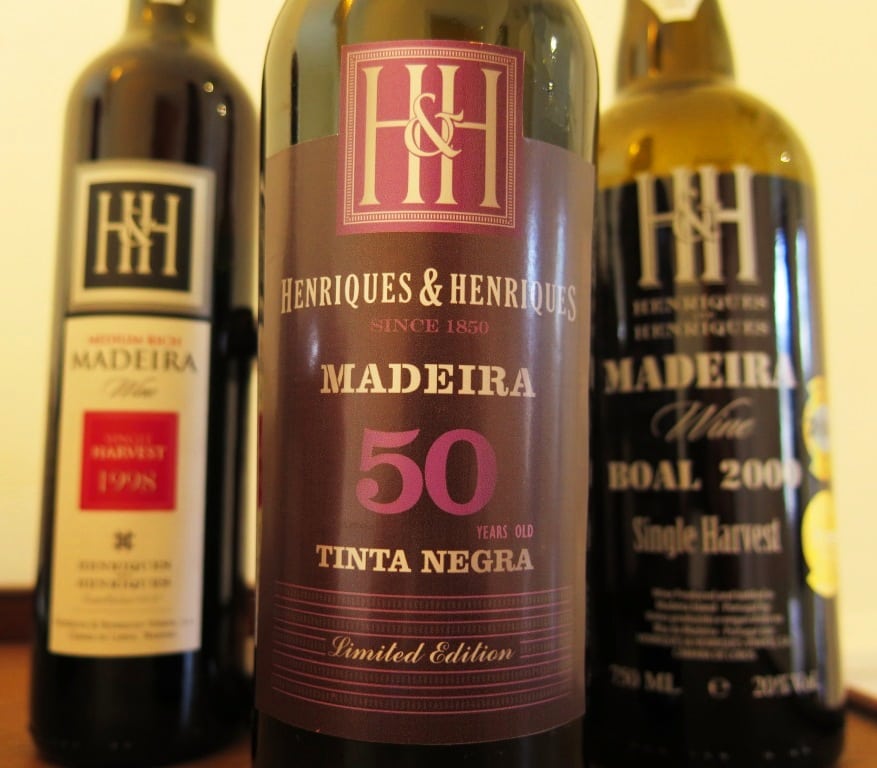 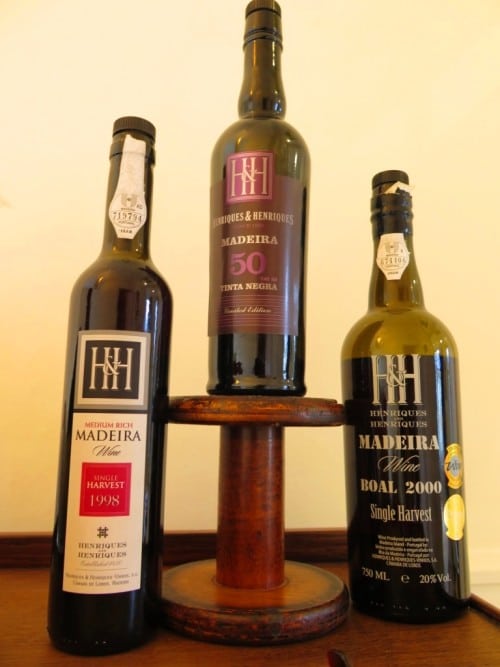 Double first.  Who wouldn’t like one of those!  Well Henriques & Henriques has got one under its belt, this month releasing the first 50 Year Old Madeira I’ve encountered since this category was introduced last year, what’s more (admittedly it follows) the first Tinta Negra 50 Year Old. Quite something when you consider that Tinta Negra was only allowed to grace front labels as of last year.

Plainly, like Barbeito’s Ricardo Diogo (the first to release a Tinta Negra-labelled Madeira), Humberto Jardim is keen to expound the virtues of Madeira’s most planted grape.  One which has not only been regarded as a work horse, but also an all-rounder.  Unlike the noble grapes (Sercial, Verdelho, Bual and Malvasia) it is produced at every level of sweetness, from dry to rich and sweet.

Jardim told me that the Tinta Negra selected for this wine is older than 50 years.  The barrels, internally designated code “JEP,” were acquired from a prominent land owner in Camara de Lobos – “the H&H registers show the “JEP” going back to the middle fifties, supposedly when it must have been acquired.”

I wondered how this aged wine had been deployed in the past.  Jardim explained that, though they can use up to 15% other wine than the labelled variety, H&H does not use Tinta Negra wines to blend with the noble white varieties – “the JEP was only used to enhance the quality of the 5 year old range and more recently, to slightly touch our Single Harvest from Tinta Negra: 1995, 1997, 1998.” 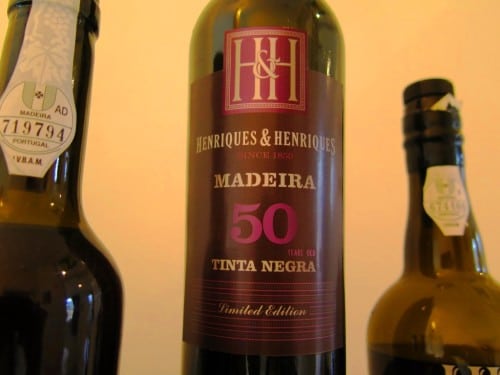 With a scorched earth tang, walnutty undertones and rich, figgy mid-palate (bruised, dried and toffee apple, dense breadfruit too), this is a super classic Madeira.  Though powerful, quite dense even, a well-judged cut of acidity paddles doggedly away beneath the fruit, lending the island’s hallmark elegant persistence to the palate.  20%

Though it’s not advertised on the front label, this is a Tinta Negra.  Very good too. Rich but very balanced with a smooth, generous mid-palate of dried fig and malty chocolate orange.  A complexing tobacco and dried herb-laced finish (perhaps that “touch” of JEP” gives lift and energy – a welcome edge to its roundness.  Nice persistence.  19% £17.49 (50cl) at Waitrose, £19.59 at Noel Young.

And finally, not tasted, simply enjoyed from my own stash, Henriques & Henriques 20 Year Old Malvasia garnered many plaudits at an annual Christmas lunch with friends.  Just stunning with homemade trad Christmas pudding and fine cheeses.