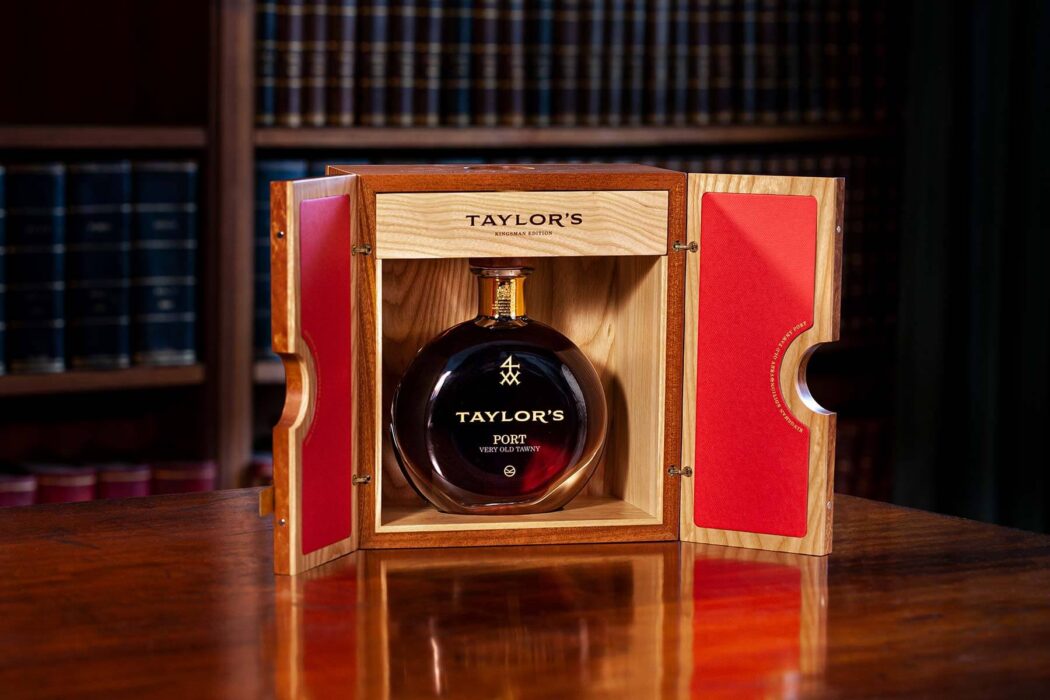 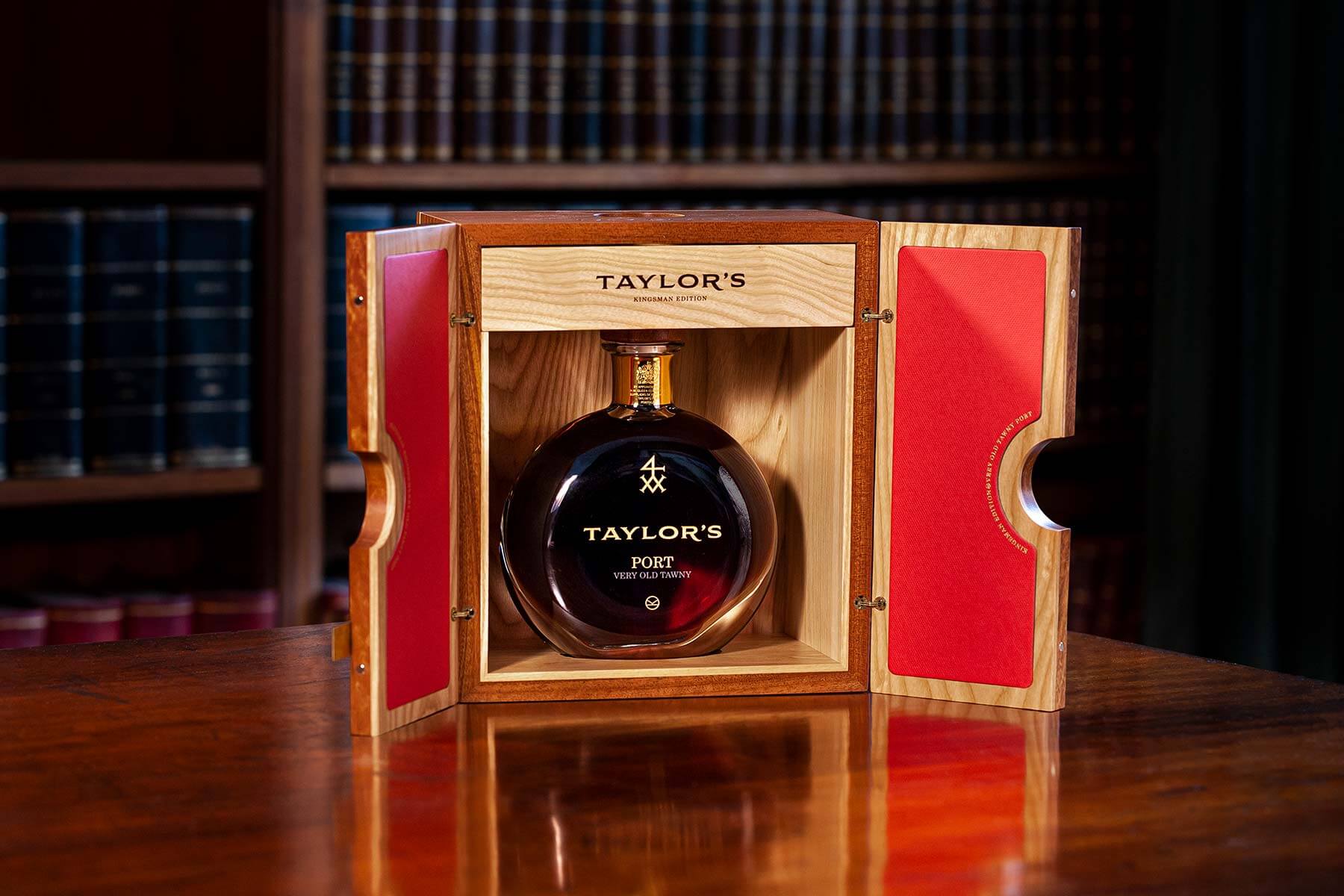 And most probably my only taste of Taylor’s Very Old Tawny Port Kingsman Edition.  Exceptionally rare, it is a limited edition of 700 bottles or, I should say, 700 bespoke 50cl crystal decanters.  Launching at select wine merchants next month, the recommended retail price is £2950.

In case you are wondering about the moniker, the Port was conceived with filmmaker Matthew Vaughn in celebration of 20th Century Studios’ upcoming film “The King’s Man”, which is released worldwide on February 12th 2021.

You can read about the background to the collaboration here and watch, I suspect, altogether more sedate ‘action’ footage of Head Winemaker David Guimaraens savouring the blending process, whilst making notes in a traditional handwritten ledger. 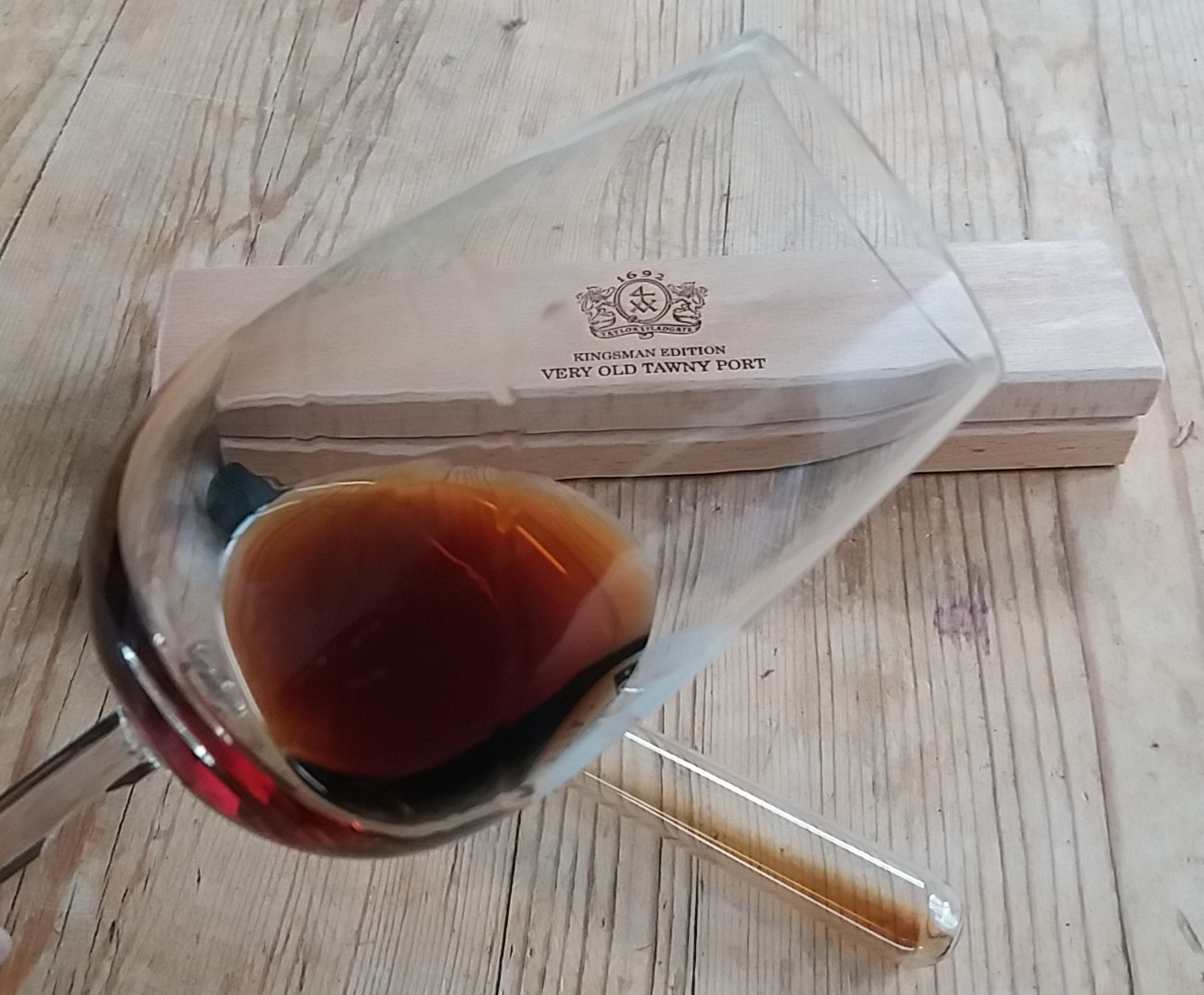 A deep, shiny conker hue  with a golden halo. Its glorious scent snakes out the glass, ensnaring from the off, with throaty black cardamom spice, soothing dried honey and lifted, nutty amaretto.  Notes which follow through in the mouth, which has terrific depth and persistence – super freshness, with an ozone/salty edge to its dried apricot.  Walnut tuile notes bring a sense of delicacy and tension.  Long, precise, with an ultra-fine, tapering finish, the residual sugar (206g/l) is teased out.  With superlative poise, graduation and resonance, this Very Old Tawny Port is remarkably fleet of foot and harmonious.  20%  £2,950 at Edencroft