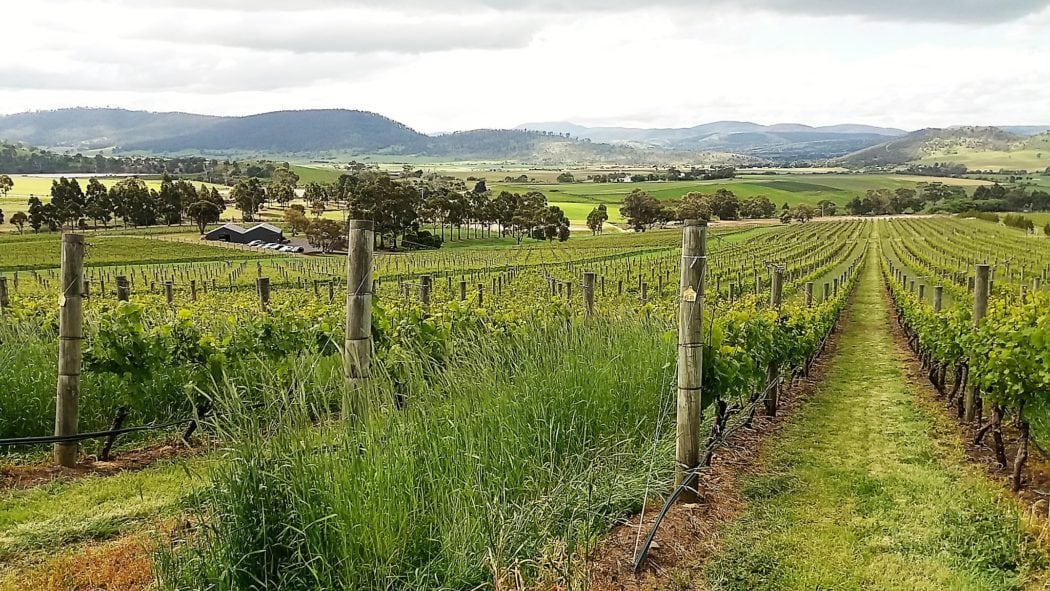 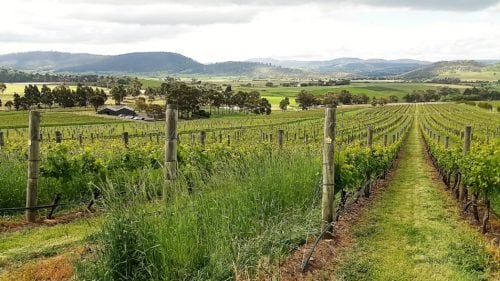 The annual London Australia Day Tasting (“ADT”) and satellite tastings which surround it presented no shortage of candidates for this post.  Not just in terms of numbers.  Check out my post on Wine Australia’s blog about the impressive diversity on show.  This was one colourful event.

According to Wine Australia’s ADT press release, nearly 1,100 wines were shown. That news might not come as a surprise, but I suspect the pounds, shillings and pence data might.  Over a fifth were priced between £20 – £35.  Less than 2% of wines were £7 or under.  Make no mistake, the so-called premiumisation strategy is in full swing and, says Wine Australia, echoes the latest annual Export Report.  It shows that exports (to the UK) at $5/L and above grew by 23% to $68 million whilst exports at $10/L and above grew by 25% to $28 million.

My Australian Wines of the Month are exquisite examples of Australian vine and wine craft.  These superlative sub-regional, single vineyard wines lift off the page why Australian premium wines are enjoying such strong growth. 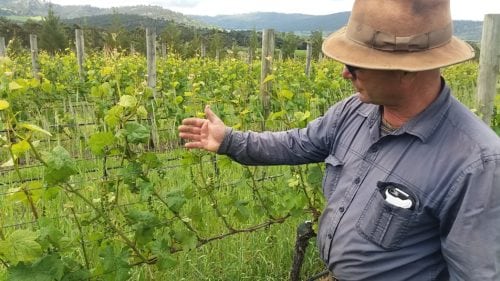 Tolpuddle vineyard manager Carlos Souris – “We put quality before yield, so we are happy with less canopy density – it’s about quality, quality.”

I visited the Tolpuddle vineyard in November.  It’s a special place, with an imperious view of the Coal River Valley stretching out below.  With lots of tlc under Shaw & Smith’s “what can we do to make it better” regime (I quote vineyard manager Carlos Souris), it produces one of the island’s most exciting, singular Chardonnays.  It has an almost Riesling-like attack, focus and minerality.  During my visit, I tasted the (also exceptional) 2015 vintage.  At ADT, I had my second bite at the cherry tasting the 2014 (previously tasted in London in August).  It was in terrific form, with racy citrus on the attack – plenty of drive.  Crunchy apple (a touch sour in a good way) and steely grapefruit follow in hot pursuit, adding thrust and flavour – impetus, but not weight.  Very fine with a crystalline, mica-glimmering minerality to a super long, mouth-watering finish.  I look forward to tasting a vertical of these eminently ageworthy Chardonnays down the track.  12.5% RRP £43.99 (imported by Liberty Wines). 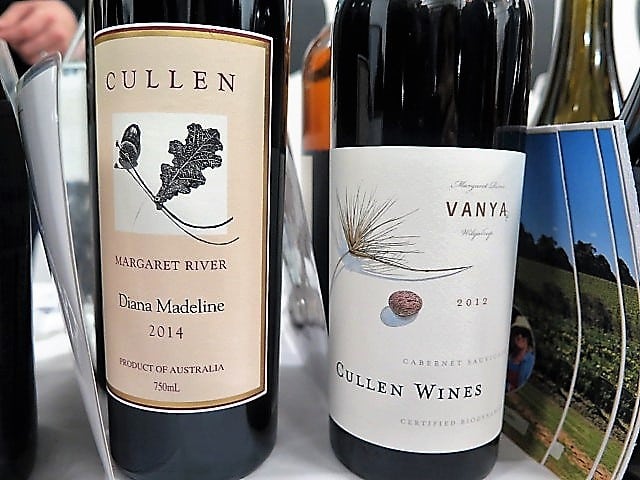 Shown alongside the latest release of Diana Madeline, the 2014, Cullen ‘Vanya’ 2012 is a remarkably pale, perfumed, delicate Cabernet Sauvignon (with a dash – 3% – of Petit Verdot) – to my mind, redder in hue and fruit profile, with dried roses and gossamer, super-sheer, tannins.  To use a cliché, very feminine, which is how I had thought of Diana Madeline (especially recent incarnations) until I tasted ‘Vanya.’  In comparison, while still fresh and finely honed, Diana Madeline 2014 – a blend of 89% Cabernet Sauvignon, 4% Petit Verdot, 3% Merlot, 2% Malbec and 2% Cabernet Franc – was much darker and spicier in hue and flavour spectrum.  The Cabernet Sauvignon for both wines comes from Cullen’s original 1971 blocks and, for this wine’s namesake, winemaker Vanya Cullen, the differences are partly down to vintage.  For her, 2012 produced “classic” Cabernets – “medium-bodied and elegant,” while 2014 “is a big fruity year and very popular because of that, with amazing texture.”  The Diana Madeline’s tannins are certainly firmer, which accentuates the dryness (of flavour profile) which I enjoy about Cullen’s Cabernets/Cabernet blends.  And its oak accent – delicious cedar spice/pencil shavings – is more prominent (though true, this wine is two years younger).   As if set free from tannins and oak, it’s the purity and joyous flow of ‘Vanya’ which took my breath away.  It makes for an approachability – a precocity, as if I’d been fast forwarded to the older wines I tasted at Cullen’s 40th anniversary vertical in 2012. Funnily enough, I just picked up that’s what I said about Cullen Diana Madeline 2012 (my review here) – what exceptional balance and seamlessness in this celebrated vintage!  Which is why, Cullen says, while Diana Madeline is made every year, ‘Vanya’ “will come in those years when the wine is there.”  Taking purity to another level, I might add.  Glorious.  13.5% UK RRP £199.99 (also imported by Liberty Wines, who told me “demand was higher than supply, which was in any case very limited.)”
(Visited 448 times, 1 visits today)
Categories
AustraliaBlogMy Wines of the Month
Tagged
Australia Day TastingAustralian Cabernet SauvignonAustralian ChardonnayAustralian wineCullen 'Vanya' Cabernet Sauvignon 2012Cullen WinesMargaret River Cabernet SauvignonTasmanian ChardonnayTasmanian wineTolpuddle Chardonnay 2014Tolpuddle vineyard