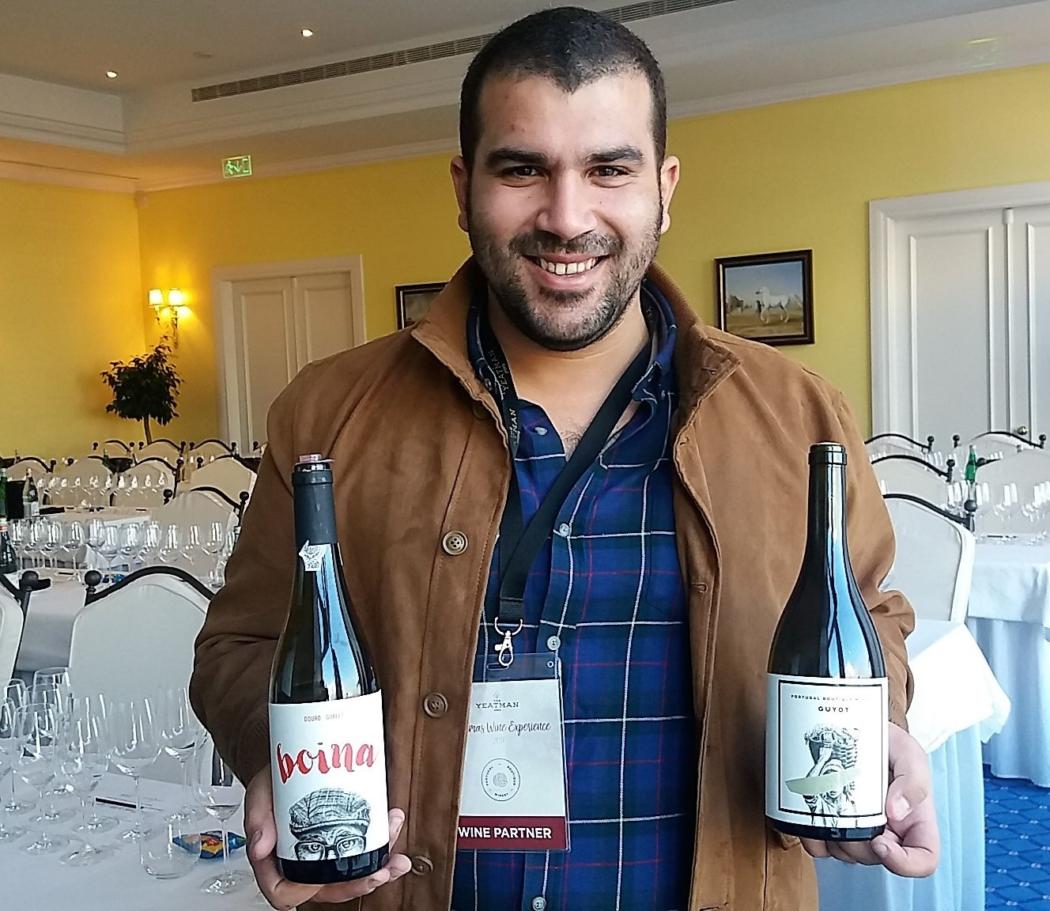 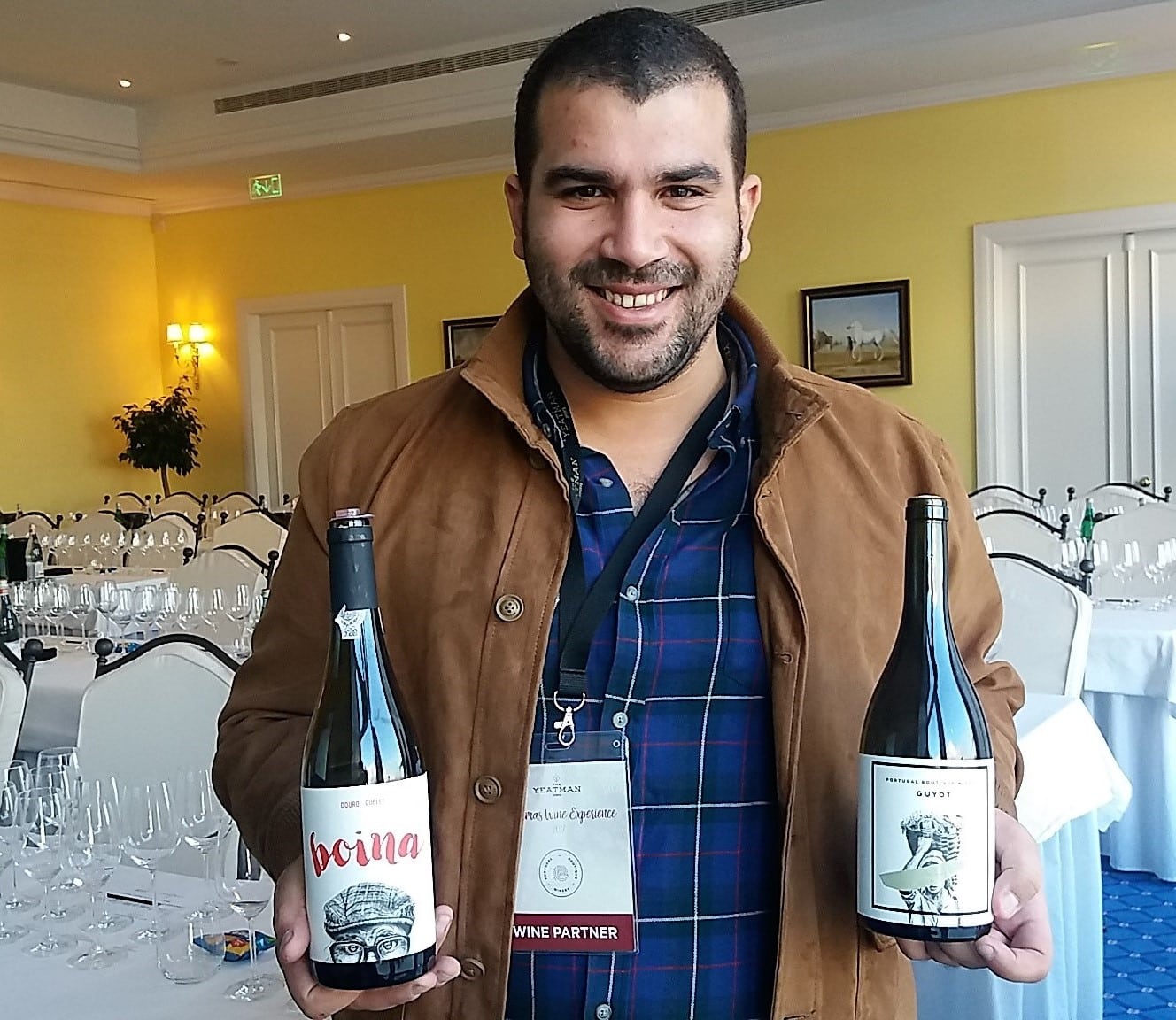 I’ve long been excited by the potential of Portugal’s wines, but I cannot remember a time when I’ve encountered so many thrilling new projects.  Not just for wine, but food and tourism too.  Confidence is high.  With good reason based on several fresh finds, to which I was introduced by Beatriz Machado at last month’s The Yeatman Christmas Fair.  In this post, I take a look at a new project – Portugal Boutique Winery.

From centenarian old guyot-trained vineyards in the Planalto Mirandês region (upper Douro River Valley at 650 mts of altitude) they have also produced a 2016 rosé (300 bottles) and two 2016 red wines (200+2.000 bottles) for launch this month.  For Ferreira, “working with old vines that produce little has quality advantages, but it forces us to grow at their pace instead of ours.”  There is a cultural advantage too, observed Vaz (who used to work for Anselmo Mendes) – “we help the old growers by paying good money for grapes.”

In fact, last year, they secured more parcels of fruit (from more micro-climates too), meaning production of Boina Red and White is up and a Boina Rosé joins the range.  The grapes for white wines were sourced from terroirs (all above 550m, all 90+ years old) “that give us freshness and minerality, instead of the exuberance that sometimes characterizes the region,” said Ferreira, including, in the north, Pinhal do Norte (granitic soils) and Pombal de Ansiães (transition zone between schist and granite) and, in the extreme south east of the Douro, Escalhão (granitic soils). In 2017, the white wines were partly aged in stainless steel and partly aged in used French oak barrels from Burgundy.

Particularly excited about 2017 reds, Ferreira told me “we have truly special things this year.” The grapes came from several different altitudes and solar expositions and some from century old vines with grapes varieties that are disappearing very fast (Tourigão “a.k.a the original Touriga Nacional,” Gouveio-Preto, Tinta Carvalha, Alicante Bouschet, Alvarelhão). The vineyards are located in Vale do Tua (Pombal de Ansiães) at 450m (transition zone between schist and granitic soils), Nagozelo do Douro, near the river (schist), Sairrão (São João da Pesqueira, schist soils at 500m) and Escalhão at 450m (schist). All the reds were fermented in granitic lagares and those destined for Guyot 2017 were aged in French oak Barrels from Bordeaux (some new of big volume and used ones of 225l). Boina Rosé 2017 comes from Escalhão (80% Touriga Franca + 20% Touriga Nacional) from granitic soils at 650m.

Watch this space because the current (nearly sold out) releases impressed.  Here are my notes: 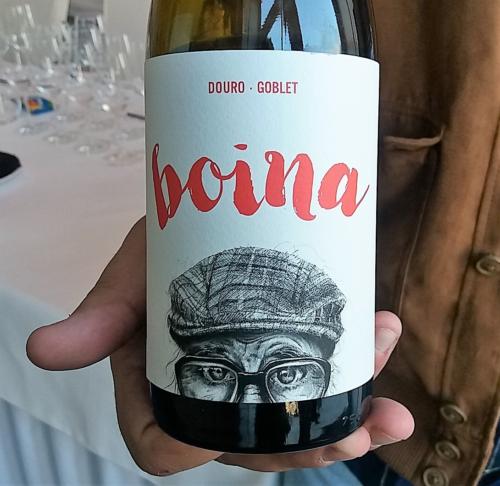 This first release follows a rather successful template (Barca Velha, Duas Quintas).  Grapes were sourced from two vineyards – one at high (600m) altitude, the other lower.  Both aged over 90 years old, they are field blend vineyards planted to native grape varieties including Touriga Franca, Tinta Amarela, Tinta Carvalha, Tinta Francisca and Souzão. The higher, north-facing vineyard is located in the north of the Douro Superior on transitional schist/granite soils. The other, warmer, south-west-facing vineyard is located in the Baixo Corgo on schist soils at 250m.  The hand harvested grapes were destemmed, crushed and, after a 2 day cold-soak, wild fermented in stainless steel vats on skins for 12 days, with gentle pump-overs.  The wine was aged for one year in stainless steel vats.  It’s a perky, fresh, aromatic red, bursting with juicy wild berry fruits of the forest as sweet as the moment when the grape went pop!  Fruit spice (pepper, liquorice) and a hint of capsicum accentuate the freshness and underscore this wines’ old field blend origins. Deliciously drinkable with a clear sense of place – mission accomplished.  8,500 bottles were made.  13% 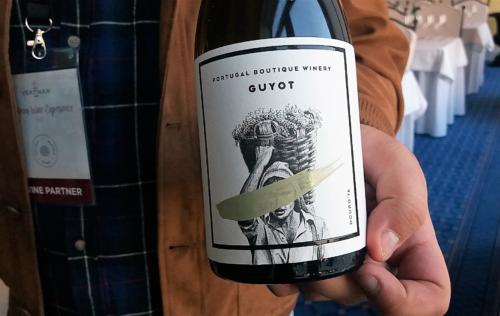 Grapes came from several small plots of old field blend vineyards, all located on granite at 550m+ with several different exposures.  The predominant grape varieties were Rabigato, Códega (Síria), Malvasia Fina and Códega do Larinho.  The hand harvested grapes were completely destemmed and crushed and, prior to pressing, macerated for 6 hours in the press. Following a gentle pressing and settling of the juice, the must was fermented in stainless steel vats for eight days.  Forty percent of the wine finished the alcoholic fermentation in very old French oak barrels for 9 months.  Both batches were aged sur lie with battonage for 12 months.  Skin contact and batonnage gives this wine plenty of mouthfeel and creamy, nutty complexity, but not to the detriment of freshness or minerality.  Early picked, this is a punchy, salty white – good character, drive and texture.  Very promising.  5000 bottles were made. 11.5%