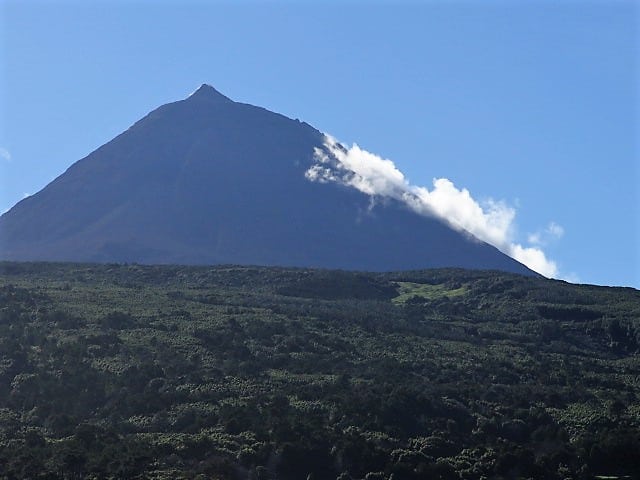 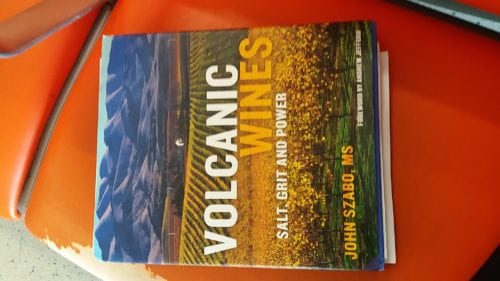 Don’t be fooled by the cover – with its striking image (one of a very many), John Szabo’s Volcanic Wines (Jacqui Small) is no frothy coffee table tome.  It’s a very engaging, well written and researched book on a subject which fascinates me and a very many winemakers and wine lovers whom I encounter.  So I was delighted to hear that it won the André Simon Food & Drink Book Award for the drink category last month.

The Master Sommelier’s choice of topic is bold.  Undeniably hot, but also something of a hot potato.  Perceived minerality in wines and, specifically, whether or not soils confer this trait in wines, is controversial stuff.  Check out Emma Symington MW’s report of a recent seminar held by the Institute of Masters of Wine about it.  As you can see, the scientists are far from convinced of a connection.

Szabo navigates this provocative topic elegantly.  On the one hand, he openly acknowledges that it is hard to tease out the impact of volcanic soils versus the many other terroir, viticultural, vintage and winemaking variables which influence any given wine.  On the other, based on experiential and/or anecdotal evidence, he identifies common features “that appear with enough regularity in wines grown in volcanic soils” to suggest that they are linked to elements of flavour profile, structure and mouthfeel. 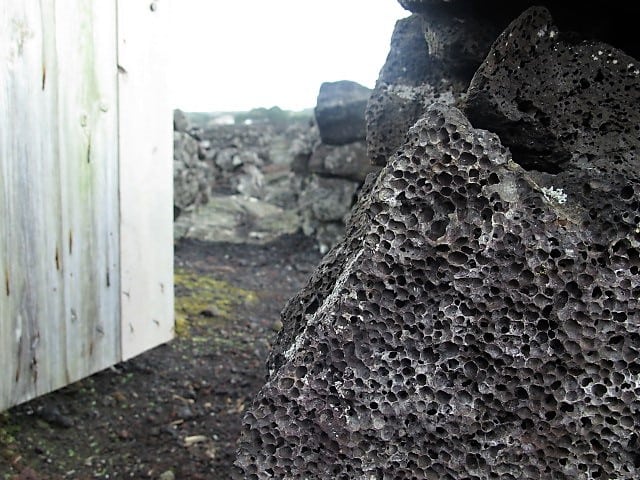 You’ll have to buy the book to find out what these are.  Suffice to say they all resonated with me, especially his evocative reference to a “a sort of weightless gravity,” connected to dry extract.  A phrase (dry extract) I often use in the context of minerality; most certainly with regard to the palpably salty, dense yet fresh wines from the Azores.  Similarly excited by their potential, Szabo included the archipelago in his book, though he concedes “the Azores has the longest road ahead to notoriety; the current generation knows little about the volcanic wines.”

This comment illustrates a quality which impressed me throughout the book.  Szabo’s even-handedness – an ability to combine an infectious enthusiasm for his subject with a transparency about the book’s limitations.  Both in terms of his knowledge about geology and soil science, also the regions and producers covered – ones he has visited, so representative, not exhaustive (which gets a thumbs up from me for sticking with personal recommendations).

As I discovered from the helpful glossary of volcanic and geological terms, ‘Volcanic Wines’ is also limited to volcanic soils formed on extrusive (surface) rocks, as opposed to intrusive rock (which is formed beneath the earth’s surface).  Said glossary and an introductory chapter outlining where and how volcanoes form and the different types of lavas put just about the right amount of flesh on the bones of vulcanism for me.  Indeed, as this ‘jam in the sandwich’ wrote her review from under the shadow of Monte do Pico’s looming cone in one direction and the island of Faial (home to the Azores’ most recent eruption) in the other, there was only so much I wanted to know about the drifts, rifts and shifts of tectonic plates!

The view from Adega Czar: Monte do Pico – a cloud shroud, not smoke!

The discussion of these seismic/eruptive forces sets the scene for Szabo’s dynamic attack of his topic, region by region.  First, the Pacific North West, then Northern California, Chile, Macronesia (the Azores, Canaries & Madeira), Alsace & Germany, Italy, Santorini and Hungary.  Each chapter is peppered with facts and anecdotes which explain the vulcanic forces which forged the landscape and soils, their impact on soil structure, fertility and chemistry and how these might find expression in the wines.

Avid followers of the minerality-in-wine debate will find some supportive scientific nuggets about chemical differences in soils which have been found to follow through in grapes and wines.  For example research about substantially increased available iron content (to grapes) in Colombia Valley’s basalt soils, consistently higher phosphorous, sulphur, iron, maganese and cobalt in Willamette Valley’s volcanic Jory soils or higher levels of ash – sugar-free dry extract – in Riesling from Alsace’s famous Rangen Grand Cru.

While Szabo accepts it has yet to be scientifically proven how such chemical differences produce sensory changes, he surmises that they do produce sensory changes based on his own and producers’ comparative evaluations of wines from volcanic and other (non-volcanic) soil types from the same regions.  He also cites a particularly compelling German study about the impact on odour and taste attributes of German Riesling from different types of bedrock (which resonates with my own and, doubtless, many others’ tasting experiences of this grape with a postcode).

Regional chapters conclude with vignettes of Szabo’s recommended producers, who are rated by stars (from zero to three stars for the most stellar).  His evocative descriptions of the regions, producers and wines do what any good wine book should do – inspire you to experience them yourself.  Or, in the case of Pico (where I came to taste a vertical of Czar Licoroso), to approach the wines with that little bit more context and insight.  There is no better way to appreciate wine, particularly volcanic wines which, says Szabo, snagged his attention for being “highly distinctive, individual expressions.”  Thank goodness, because they inspired him to write this illuminating book and take on the vexed challenge of explaining what makes them thus.