This year’s travels ended as they started, with a vibrant wine fair – Amphora Day at Herdade do Rocim in Alentejo.  With Simplesmente Vinho in Oporto, it makes the perfect excuse to visit Portugal.  Not least since both more (Simplesmente Vinho) or less (Encontro com Vinhos e Sabores) coincide with Revista de Vinhos’ wine fairs in Oporto and Lisbon.  The 20th to 22nd February 2020 is definitely the time for wine lovers to be in Oporto.  My visit to Alentejo produced easy pickings – low hanging fruit – for my December Wines of the Month.  Terrific examples of what you can do with clay and way more fun than the piggy bank I recall making at school! 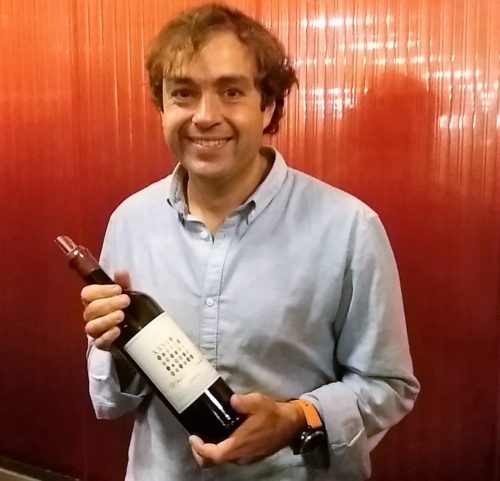 The wines of Ricardo Sanios of XXVI Talhas, very much an artisanal talha winemaker, were my top new find at Herdade do Rocim Amphora Day.  I suspect he would not describe himself in this way because he works very much in tandem with “those who know best” – the locals of Vila Alva in Vidigueira.  So despite the rather conventional-looking bottles, the wines are very hands off, but absolutely capture the ambrosial fruit which I’ve loved in super-traditonal whites I’ve tasted in the region from Professor Arlindo and at  Pais das Uvas taberna-cum-adega.  Those were pure Antão Vaz, but Lote X – a single talha which produced just 1,300 bottles – is from 40 year old field blend vines planted to Diagalves, Manteúdo, Antão Vaz, Perrum and Roupeiro.  Sanios rates Vila Alva for its complex soils, which include limestone, schist and granitic sand.  This wine comes from the latter and, he told me, was so distinctive, he could not blend it.  It is pure fruited, with fresh, juicy grapefruit and honeyed apple.  Nuanced too, with mineral undertones and a distinct liquoricy character – more fennel or carraway seed – a delicious spicy bent.  A beautifully expressive, very long, balanced wine, without a hair out of place, despite the rustic method of production. There and again, it was made in the cellar of Mestre Daniel, António Tabaquinho dos Santos (1923-1985), who made talha wines in XXVI’s cellar for over 30 years and passed down his knowledge.   Shortly after his death, the cellar fell into disuse, but Sanios and a group of friends have restored it and Mestre Daniel’s art. 11.5% 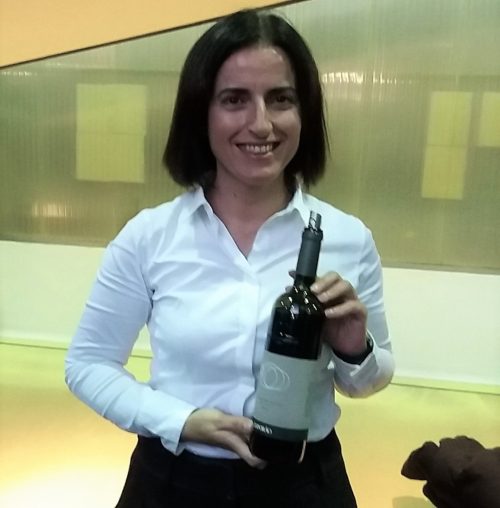 A fan of Moreto from Granja Amareleja, Herdade do Esporão’s Sandra Alves has learned much from an older generation of growers

At the other end of the spectrum, Herdade do Esporão operate on a totally different scale, being one of Alentejo’s biggest producers.  But under Aussie David Baverstock, it has always been an innovative hub.  Re-innovative in the case of talha, one might say.  I had a fun visit to another taberna-cum-adega with Esporão’s former red winemaker, Luis Patrão, exploring talha wines back in 2015 (my report here).  He evidently enjoyed learning from Joaquim Bacão of Adega Velha in Alentejo’s Granja-Amareleja sub-region, where lusty reds made from Moreto fly (and flourish) solo, the best from un-grafted old vines. (Click here for a bit of background about moreish Moreto – I notice that The Wine Society now list the conventionally made example in question).   Having started out as Esporão’s white winemaker, Sandra Alves has enjoyed the switch to red and told me she fell in love with the old vineyards in Granja-Amareleja and, like Sanios and her predecessor, has found the experience of local elders invaluable.  It shows in this accomplished red from 80 year old vines on sandy loam soils of schist origin.  With open-knit, but intense dried fig fruit, picky, salty, sandpapery tannins and fresh acidity lend structure and balance.  Lovely persistence.  Alves told me this wine spent 4 months in talha in contact with the skins.  14%