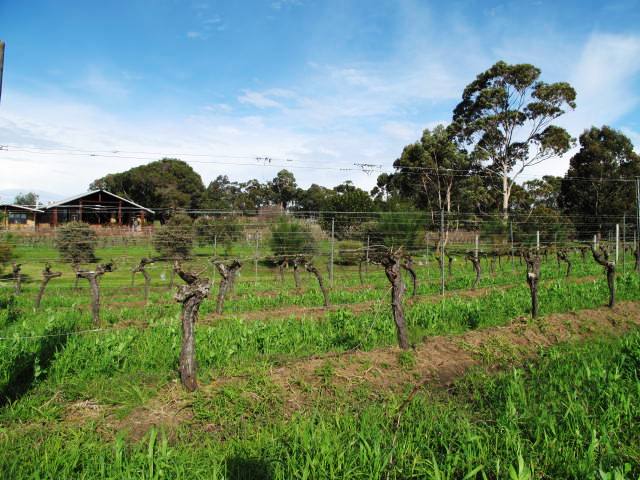 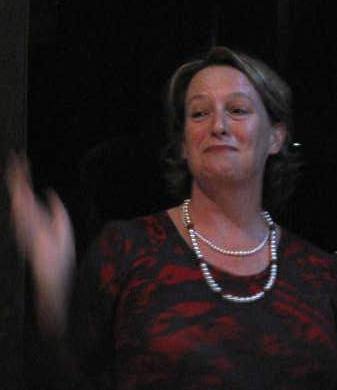 Cullen Wines celebrates its 50th anniversary this year.  I cannot believe that a decade has passed since I was in Wilyabrup, Margaret River, celebrating the 40th anniversary with mind-blowing, extensive verticals of the Chardonnay and Diana Madeline.  What a privilege.

Of course, the pandemic has put the kibosh on catching up in person here or there, but it would be rude not to mark the milestone. Liberty Wines, Cullen’s UK importer, organised a tasting of the latest releases with Chief Winemaker/MD Vanya Cullen virtually on hand to talk us through the wines and the estate’s history and evolution.

The linked 40th anniversary verticals and follow up verticals which I reviewed here and here provide in depth insights into the evolution of the wines over the years. I have reported on new developments below.

As for the estate’s evolution, having spent two weeks cellar ratting at Cullen and another fortnight in the region in 2007, I wrote up a history and profile of Cullen for The World of Wine.  You can download it here.

All too often mission statements are platitudinous cliches.  When I interviewed Vanya for The World of Wine, it became patently obvious that Cullen’s mission statement – ‘quality, integrity, sustainability’ was the real deal.  Directional.   The tweaks (and strides) continue apace. 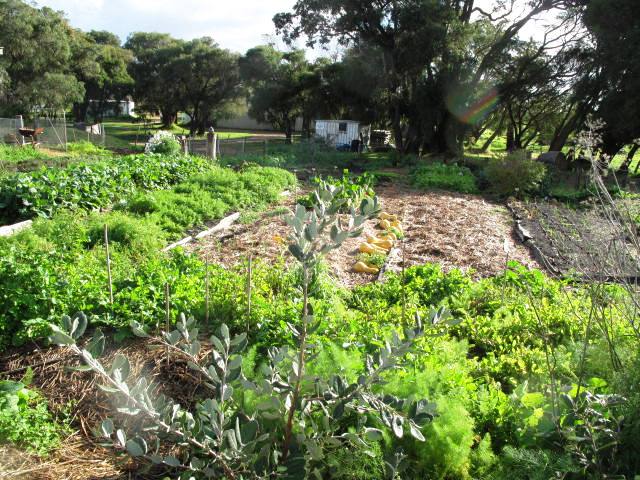 Certified organic in 2003 and biodynamic in 2004, she was proud that, the previous year (2006), Cullen had become Australia’s first winery to off-set carbon emissions from vineyard and winery operations.  Although Cullen was paying a premium for renewable energy, she was planning to install solar panels or wind turbines for self-sufficiency.  And she has done it. And more.  Since tipped into carbon positive status, Cullen Wines has sequestered more carbon than the whole business emits.

Anyone who has visited the vineyard (or enjoyed the estate-grown veggies and honey in the restaurant) will be aware of the biodiversity.  Progressive as ever, Cullen is collecting indigenous grass seeds from Western Australia to trial on the property. The producer is also about to publish its own six season calendar.  We farm to six seasons, not four, she said.  It’s not based not around dates, but when the whales swim by, or the birds nest and native plants flower. 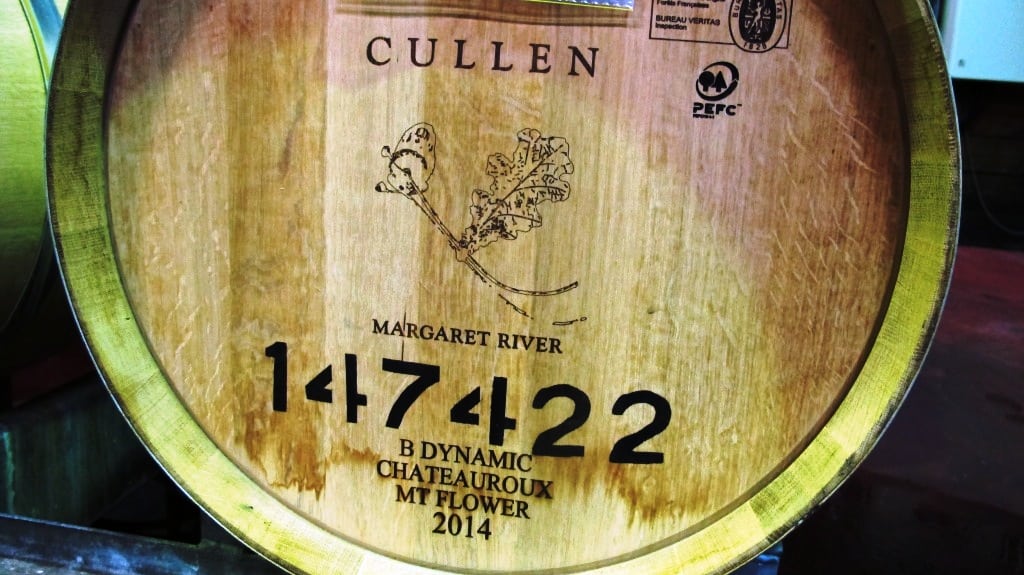 She explained trees are felled and the oak for biodynamic barrels is coopered on fruit and flower days, with “the wood aligned around magnetic poles.”  All Cullen’s coopers have agreed to produce biodynamic barrels, she added, reflecting it’s a far cry from the early days, when there was only one cooper and one type of barrel from South Australia who came over once a year.

Now, she said, with any number of barrels to choose from, “barrels have played a big role in the finesse of our wines.”  Cullen is also moving to larger formats – “generally less oak – just salt and pepper in the wine, to let the fruit sing to be authentic,” said the winemaker.

SBS – from under the radar, to over the rainbow 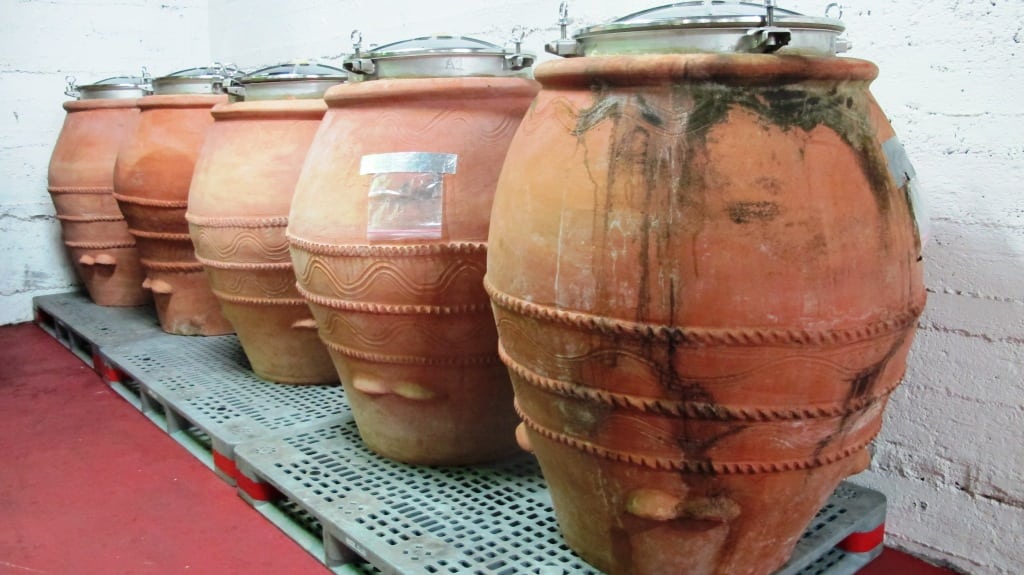 Cabernet Sauvignon and Chardonnay lead the charge for Margaret River, whilst Sauvignon Blanc Semillon (SBS) blends can be “relegated,” said Cullen, who has developed a striking range of styles.

Inspired by the first natural wine she liked, Georgia’s Pheasants Tears, their number includes Amber.  Made with skin contact, she’d love to make all SBS this way, she said.  I’m glad she doesn’t, since I’m a huge fan of the original Cullen Vineyard example!  Writing up my tasting notes for Decanter Premium (hence not published here), I could not resist buying six bottles of the 2017 vintage shown.  I reckon this ageworthy cuvee is a complete steal for £20.90 at Vinum.

So what are the differences?  On Cullen Vineyard’s leaner soils, older vines on Scott Henry or lyre trellising (better exposure) produce a muscular, ageworthy wine with impressive power to its stone fruits (see The World of Fine Wine article for my report of a vertical, back in 2007).  Cullen mentioned having tasted the 2002 and 1995 vintages recently.

She remarked, “trellising really makes a difference to Cullen Vineyard’s flavours – more tropical fruit salad – not grassy, you get incredible depth of flavour.” Because of the vine age, a proportion of the Sauvignon Blanc goes into oak (and wears it effortlessly).

From 2018, Cullen Vineyard SBS has been re-christened Grace Madeline in honour of Vanya’s maternal grandmother. Born in 1895 in London, the suffragette who was awarded an MBE for her charity work, was involved in the “Land Army Comfort Fund” and “Sunshine Association” which organized holidays for underprivileged children.

The younger Mangan vineyard (located on the opposite side of the Caves Road from Cullen) was blended into the estate SBS until 2006.  Cullen believes that biodynamic cultivation amplified each vineyards’ specific traits and “they didn’t like each other” any more.  Cullen began vinifying the two eponymous single vineyard examples instead.

(Similarly, in fact drilling down further, two Malbec Petit Verdot blends are now produced from the Mangan vineyard (and the Merlot has gone, “because it was not really adding, if anything, subtracting from the blend,” said Cullen).  First made in 2012, East Block’s trellising and soil profile produces greater intensity and finesse.  The Malbec is deeply rooted and on Scott Henry trellising. The Petit Verdot is on leaner gravelly forest grove soils).

I’ve always found the Mangan SBS racier and ‘boskier’ – more vegetal than Cullen Vineyard SBS.  It is grown on (less exposed) Vertical Shoot Positioning trellising (and the soils are not as lean; the vines are younger).  Running with that character, the latest 2019 release was unoaked.  Instead, a small parcel of the wine underwent overnight skin contact to extract aromas and improve texture on the palate.

Cullen has been tweaking Amber, which was first made in 2014 (darker and riper with more Semillon, it had a high proportion of new oak and higher alcohol).  It hails from older Cullen vines and, observed Cullen, mostly now from grafted over red wine rootstocks “with little bunches and really tight berries, like Cabernet Sauvignon.”

In the latest 2020 release, a portion of the Sauvignon Blanc grapes were placed into open and closed fermenters and amphorae (with beeswax from Cullen’s own hives) and left on skins for 10 days “because the skins are of such good quality,” said Cullen.  Adding “phenolic depth, flavour and expressiveness,” she said, “it more accurately reflects harvest than any other wine.”

Amber, she said, has influenced all the other styles Cullen is making – “we are doing overnight skin contact in 2020/2021 to give a tiny sense of phenolics – phenolic tension – and holding more of season with skins in the wine.”  In the same vein, Cullen loves amphorae, which “gives another textural component.”  She uses an amphora component for texture for East Block’s ripe-tannined (Scott Henry) Malbec too.

First made in 1990, Cullen Chardonnay continues to celebrate the vineyard and Gin Gin clone’s powerful expression of fruit with structure.  Sticking to this course and avoiding the pendulum swings has paid off and Kevin John Chardonnay is feted more than ever.  Liberty Wines cannot keep up with demand. The downside?  The price has crept up.  The latest uber-concentrated 2019 vintage has an RRP of £94.99.

Leaving aside demand (and favourable comparisons with other feted Chardonnays from around the world), the pricing reflects truly miniscule yields.  Western Australia’s Gin Gin clone is renowned for its low yielding ‘hen and chicken’ fruit set anyway.

Low yields which are exacerbated by lively spring weather, especially at Cullen, which is close to the Indian Ocean.    And if the Marri trees blossom does not feed the silvereyes (birds), vines are the dinner of choice, another yield-reducing factor in 2019.

At Cullen Vineyard, the best block of Chardonnay is southerly facing, meaning “it gets hit by the weather,” said Cullen, who observes “in hindsight, there are maybe some blocks we wouldn’t have planted where they are….”

So when Margaret River experienced its first frost since 1981 in October 2018, you can imagine the heart sink.  Chardonnay yields were down 60% in 2019.  Cullen mentioned that there are no huge plans for growth, but several years ago they planted two hectares more Chardonnay on virgin paddock and are grafting a little more onto Merlot in the Mangan vineyard – higher yielding clones, but selection massale, so I suspect ‘higher yielding’ is relative….

We had a crop – “something” – in 2020, said Cullen; she is excited to see what block 4 Chardonnay and Mangan grafts will yield.  Lamenting Chardonnay’s “viticultural weakness,” Cullen “everyone loves to drink it, so it’s hard for the viticulturist.”

In 2019, reflecting the increased use of amphorae (and concrete egg, which Cullen likes for yeast flocculation/texture), a parcel of Kevin John fruit from the Moon Opposite Saturn Harvest was fermented in amphorae before ageing in puncheons. Only a single barrique was used in 2019, reflecting the trend to larger format oak (puncheons).

Cullen mentioned that, for brightness of fruit and aromatics, the Chardonnay in amphorae was fermented whole bunch for a short period (two days is optimal, she said, otherwise the phenolic character is too much).

Cabernet – from strength to strength 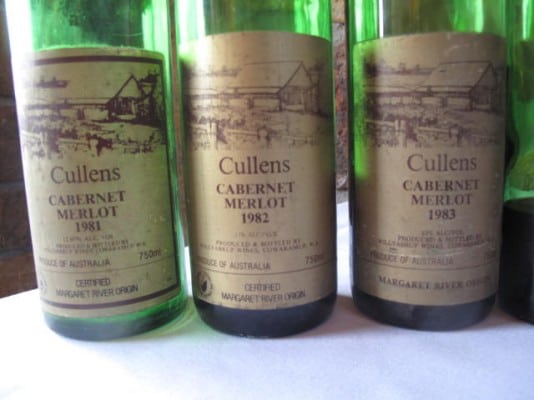 Cabernet Sauvignon is far from viticulturally weak in Margaret River.  I recall Trevor Kent – Cullen’s then Production Manager – happily sighing “the King of grapes” as the Cabernet came over the selection table.  Still, Cullen Diana Madeline Cabernet Sauvignon/Merlot seems to go from strength to strength – the latest 2019 vintage is a great follow on to the 2018, attracting another of my highest scores for Decanter.  And, of course, Cullen’s flagship is now a 100% Cabernet Sauvignon, called ‘Vanya.’

Finding it most expressive of the vineyard, with “a sense of completeness,” Cullen observed that, when we were going organic, the Cabernet became physiologically ripe at 13 baume.  In 2013, biodynamic on top kicked in, unleashing “a whole different palate of flavours and tannin profiles – the tannins were ripe at 10.7 baume, but the flavours were ripe, but with different sorts of flavours.”

It has been a journey of understanding for the “balancing of extract and flavour.”   Remarking on the “thinness of tannins,” she observed 2019 had lots of fine tannins.  For her, the perfume (rose petals) is incredible.  She loves the bitter chocolate through the mid-palate and, in 2019 especially, “the texture on the mid-palate – I was really blown away by the plushness – you don’t expect that softness and opulence.” As for the red ochre ironstone soil, it produces the iodine, not the ocean, she added.

Since the 2007 interview for The World of Fine Wine, it has been inspiring to see Cullen continue to lead from the front, daring others to follow, as they have done.  Even the naysayers. In Margaret River, lots more producers have gone down the organic route – “it’s reached a tipping point,” said Cullen.

Looking back, when the 2004 wines were described as ‘idiosyncratic,’ “it was quite hard to take,” she said. But turning that around from a pejorative, she adds, “they are really more pure expressions of site – it’s wonderful to see how it has really shifted a lot in wine style and the thread of land through all of them.”

Courageous spirit and unwavering dedication to quality, integrity and sustainability at the highest level has seen Cullen receive James Halliday’s Wine Companion inaugural Viticulturist of the Year award, (following swiftly on from Winemaker of the Year in 2019).   Do look out for my upcoming Decanter Premium update on Cullen’s latest releases: