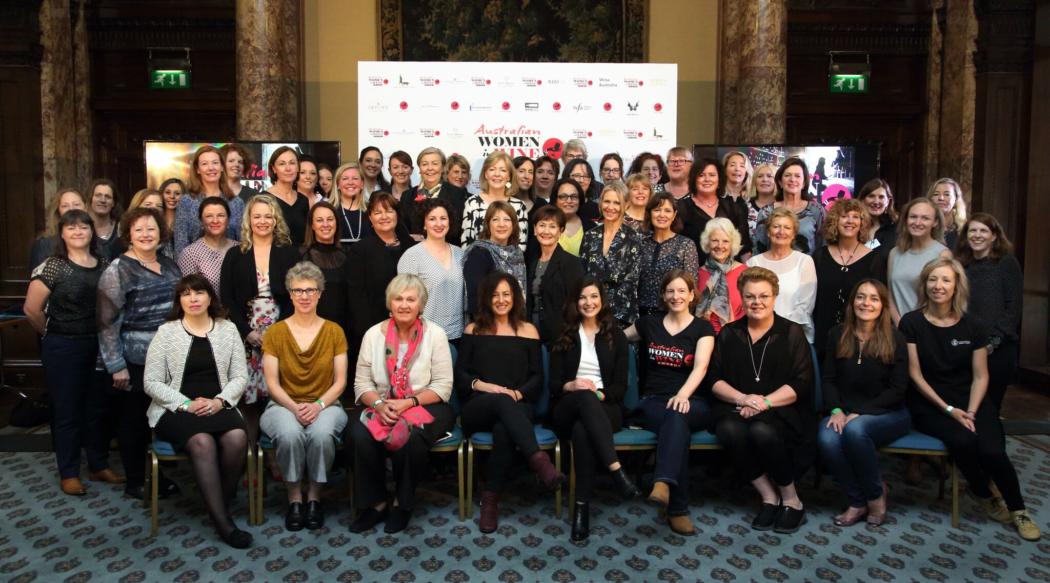 Australian Women of Wine in focus 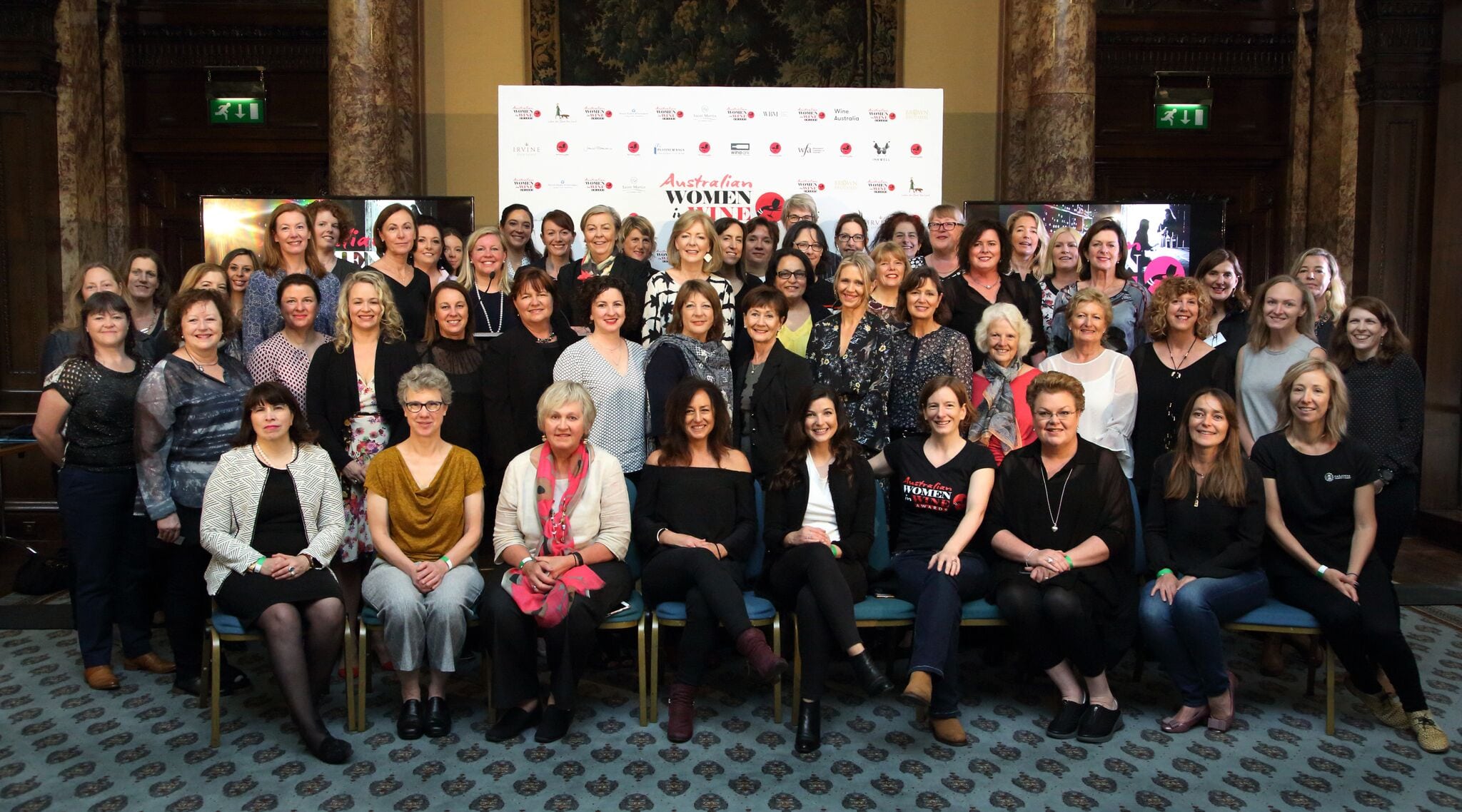 This week London hosted the largest gathering of Australian winemakers and producers.  Of either sex.  The occasion?  The third Australian Women in Wine Awards (AWIWA), whose awards ceremony (video here) Wine Australia hosted in London, putting some 60 Australian women in wine in the spotlight.

With so much talent in the country, there were spin off tastings and talks aplenty.  Last week, I attended two fabulous vertical tastings with Cabernet supremos Virginia Willcock of Vasse Felix (AWIWA Winemaker of the Year 2017) and Sue Hodder (AWIWA Inspirational Woman of the Year). 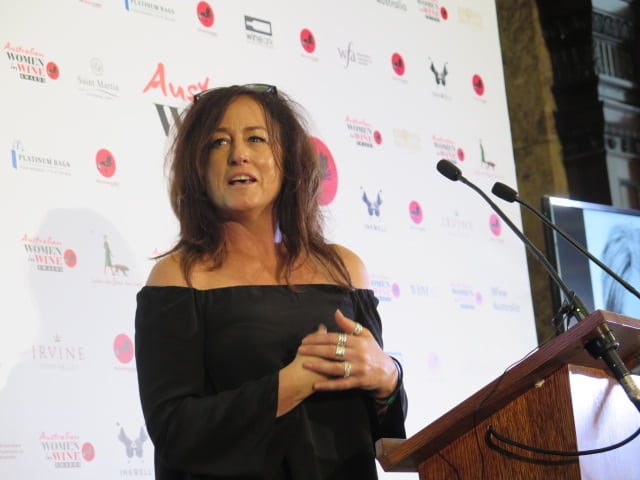 The Vasse Felix tasting, reported here, reinforced why Willcock received the award.  New flagship Cabernet Malbec Vasse Felix Tom Cullity 2013 is a beautiful example of the genre, while Hodder showed off vintages from each decade of Wynns Coonawarra Estate Black Label in celebration of the 60th release (report to follow). 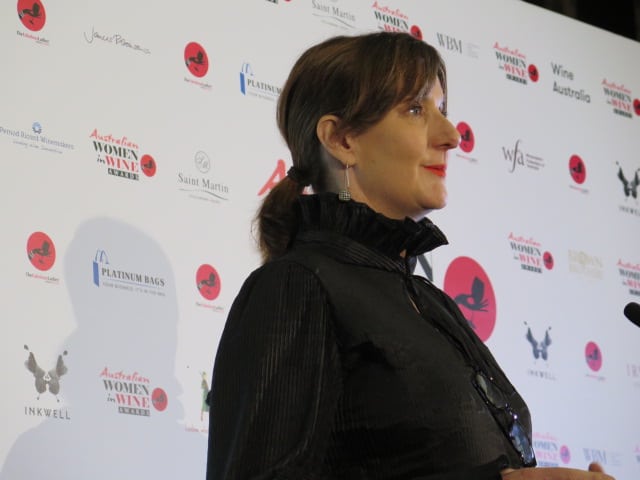 This week, all the producers showed their wines to the trade and consumers for a full on day of Wine Australia tastings and seminars at Australia House.  The following evening, The Office of the Agent General, Government of South Australia held a tasting of 67 wines together with their producers – 25 women in wine. 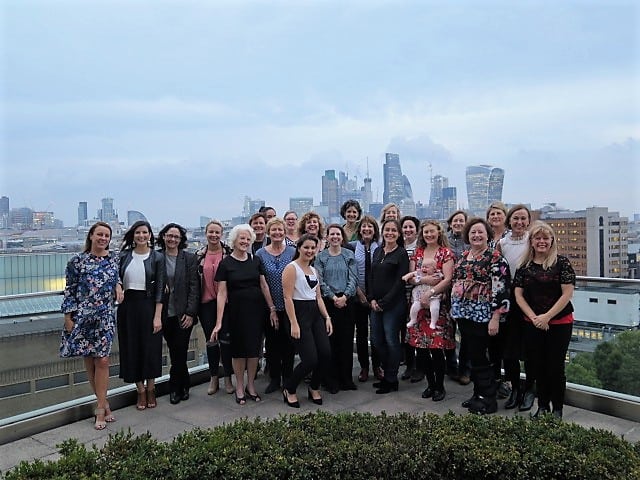 Hard though it was to capture their many and glorious achievements in an hour, I much enjoyed hosting a Q & A with among the crème de la crème of South Australian wine growing and making talent. 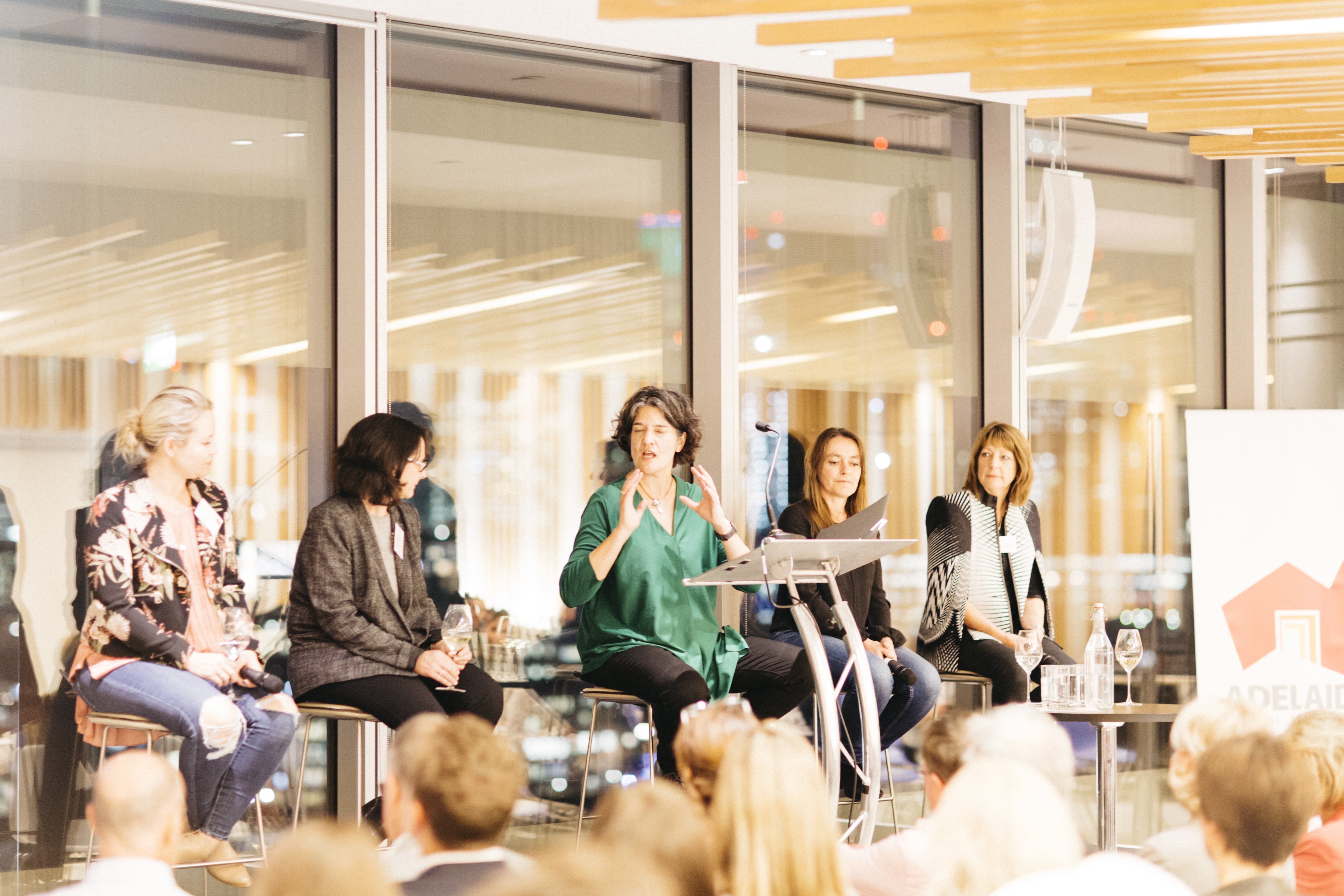 At the top of their game, Prue Henschke (Henschke), Louisa Rose (Yalumba), Emmanuelle Bekkers (Bekkers) and Corrina Wright (Oliver’s Taranga) are true visionaries in our world of wine. 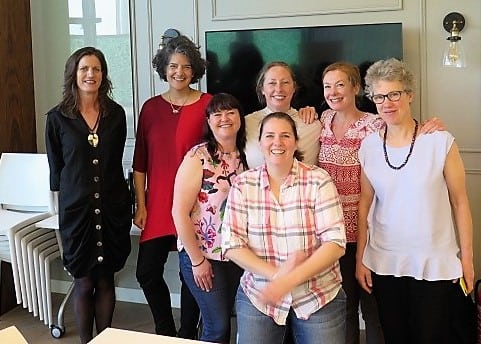 Yesterday,  I hosted a masterclass for another talented bunch (pictured), Yarra Valley Wine Women.  Entitled ‘Here for the long haul,’ its aim was to showcase the longevity of Yarra Valley wines.  Diversity too, with a range of varieties, sub-regions and sites.  Not to mention, of course, the overriding aspect of diversity on show all week – gender diversity. 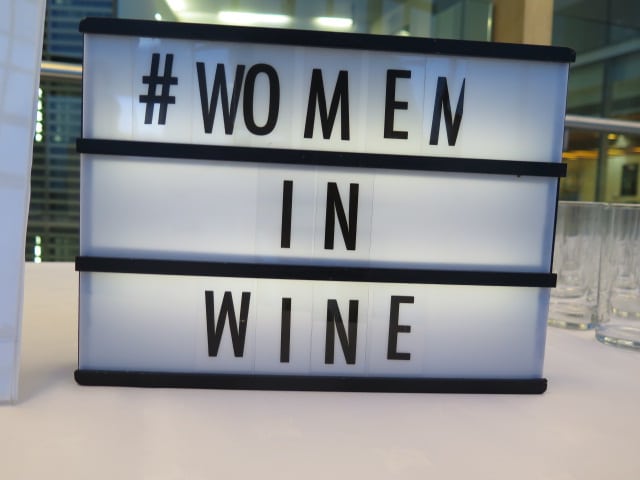 It’s rare for women to represent anything like the majority at wine events, let alone call the shots and exclusively enjoy the spotlight.  Which is why it’s often remarked upon, whilst the reverse appears to be the natural order of things (on which note, this New Statesman article by Grayson Perry is a great read).

Which brings me to the rather sober statistics behind this wonderful week of celebration.  Founded by Jane Thomson, the Australian Women in Wine Awards came about in response to a 2014 survey which reported that, despite graduating in equal numbers, women represented just 9% of Australia’s winemakers, 10% of viticulturists.  Very much a minority but, of graver concern, a minority in decline. 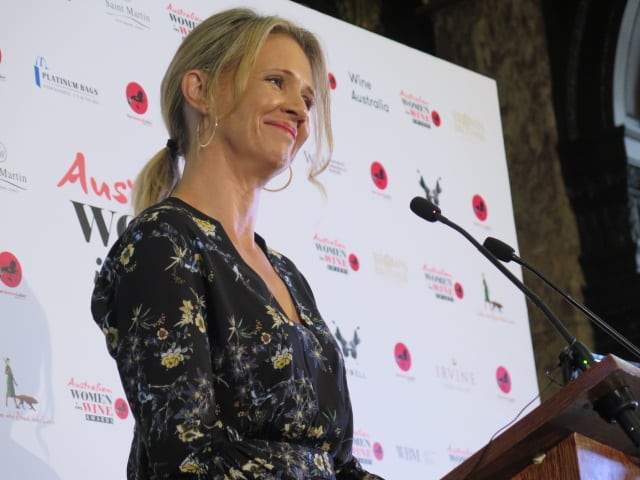 The following year, The Australian Women in Wine Awards advisory committee commissioned the first survey of women working in the Australian wine industry to explore what barriers women are facing to gender equality in the workplace.  Follow this link for the findings which, as you can see from the slide below, find resonance in the UK workplace at large (there is no UK wine industry-specific data). 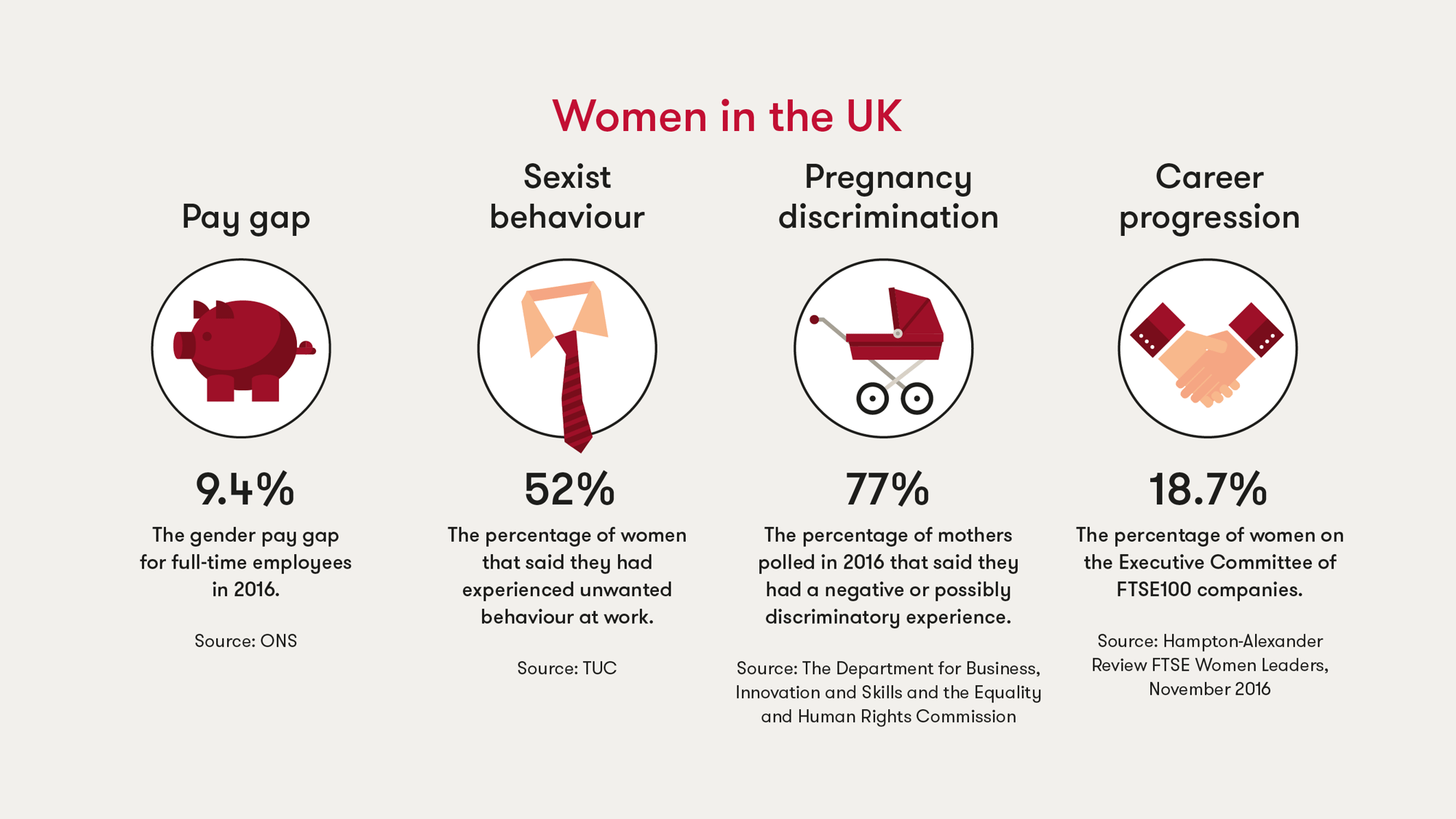 Individuals may have different experiences but, in Australia, the UK and elsewhere, there are clear and consistent patterns around gender inequality.  Something needs to change. I congratulate all the AWIWA winners but, most of all, Thomson for putting not only the role models but also the issues in the spotlight (despite being trolled for her troubles, which seems depressingly routine for women putting their head above the parapet). 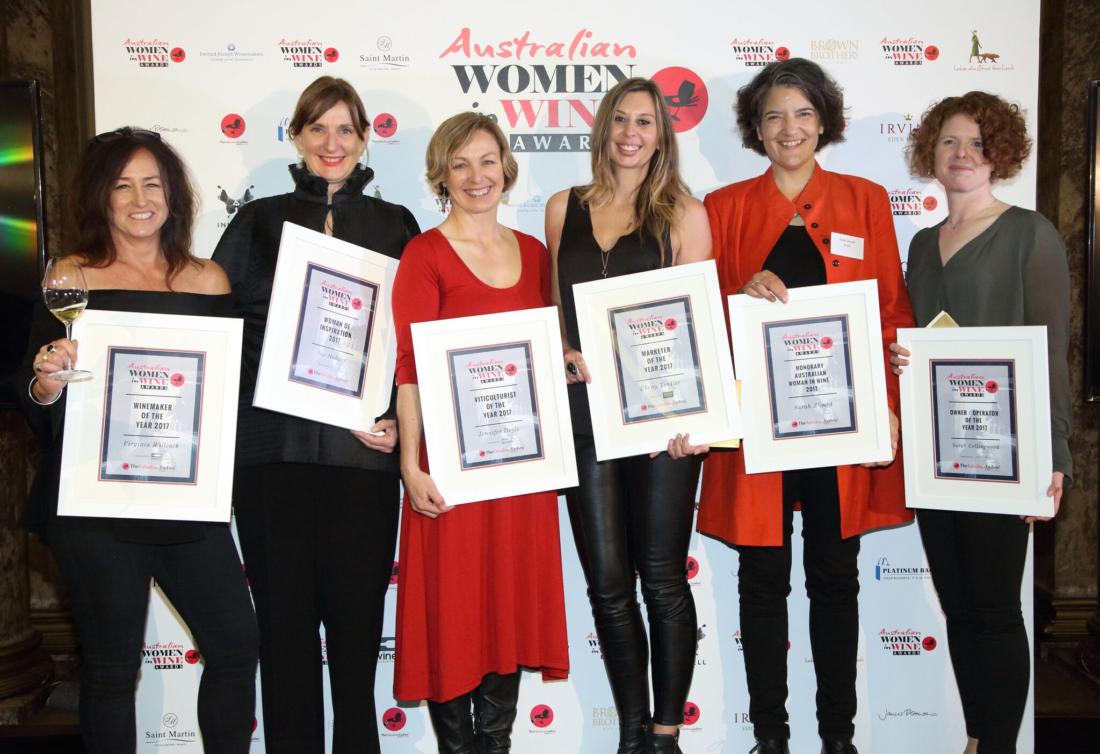 It is striking that her awards model is so inclusive (indeed, inclusive enough to include me, awarded Honorary Australian Woman of Wine, much to my delight!)  It recognises not only winemakers, but also viticulturists, researchers, cellar door managers, marketeers, owner/operators and workplace champions of change (you can see the full list of results here).  Just as they say behind every successful man is a woman, behind every successful wine is a team of wine professionals.  For women and men alike, it’s important to review how success is framed and validated and affirm different role models. As Corrina Wright pointed out at the South Australian Women in Wine Q & A, ‘You can’t be what you can’t see.’  I like Thomson’s frame.  And it’s great that Laura Jewell MW (Director UK & Europe, Wine Australia), a key influencer in the UK market, endorsed it too. 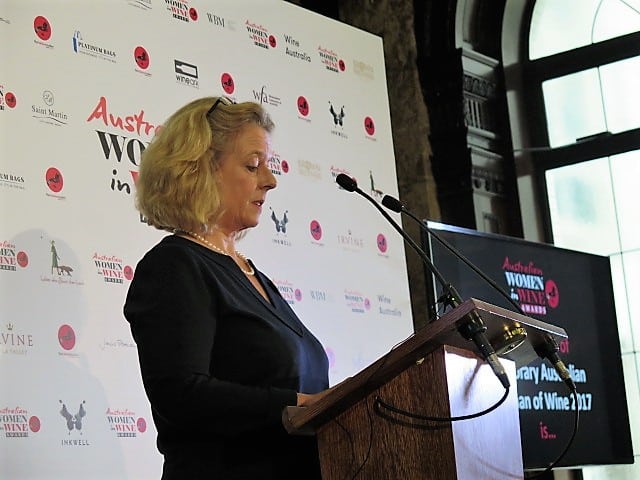 We all know that the holy grail in wine is balance.  It would be great to see that in the workplace too.  Lest there be any doubt about the merits, indeed the business case*, for improving the gender balance, check out the Davies Report about the business-led campaign led by Lord Davies of Abersoch to increase the number of women on FTSE 100 boards with a focus on the 25% by 2015 voluntary target. During the course of this work (2011-2015), the number of women on boards more than doubled from 12.5% to 26%.  Leading the charge, drinks’ giant Diageo increased female representation at board level from 10% in 2010 to 45.45% in 2015.

* P.S. McKinsey’s Diversity Matters Research showed that companies in the top quartile for gender or racial and ethnic diversity are more likely to outperform those in the bottom quartile by 15% (gender diversity) and 35% (ethnic diversity).