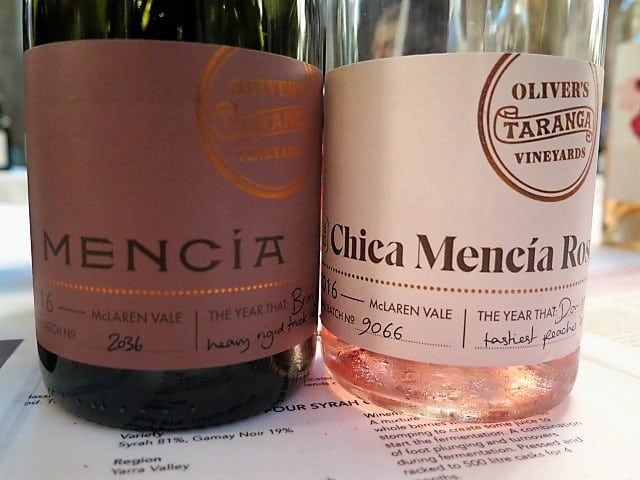 At the end of last month Wine Australia hosted an Alternative Varieties Tasting in London with over 130 wines on show.  Attendees were asked to nominate which variety impressed them most. I tasted 64 wines and my answer is pictured above – Mencia.  Talk about hit the ground running….  Both examples came from McLaren Vale’s Oliver’s Taranga, my stand out producer of the day.

Mencia was one of 18 different grape varieties to be nominated, three of which shared the top spot – Assyrtiko, Nebbiolo and Tempranillo, flying the flag for Greece, Italy and Spain respectively.  You can see the full results below in Wine Australia’s pie chart. 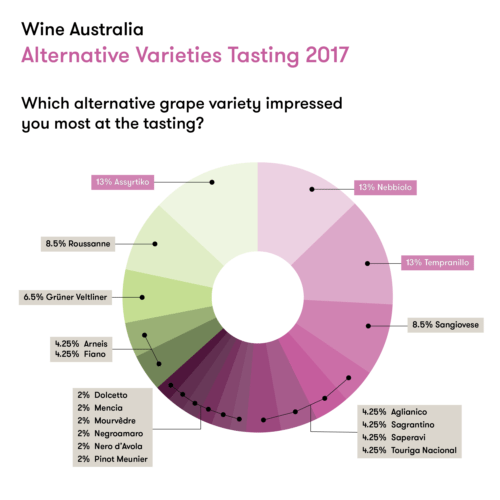 As it reveals, a little under two thirds (63.5%) of the varieties nominated were black grape varieties, which reflected my own thoughts about which wines showed best on the day.  Discussions with fellow tasters too.  We agreed that flavour intensity seemed to have been sacrificed in favour of freshness with some of the whites, which seemed a bit lean and green.  Lees-ageing didn’t compensate.  For reds, conversely over-ripeness and/or over-extraction resulted in loss of varietal character.  The winemaker and/or the terroir that produced my picks of the bunch were sympathetic to variety and the resulting wines expressed detail and character. 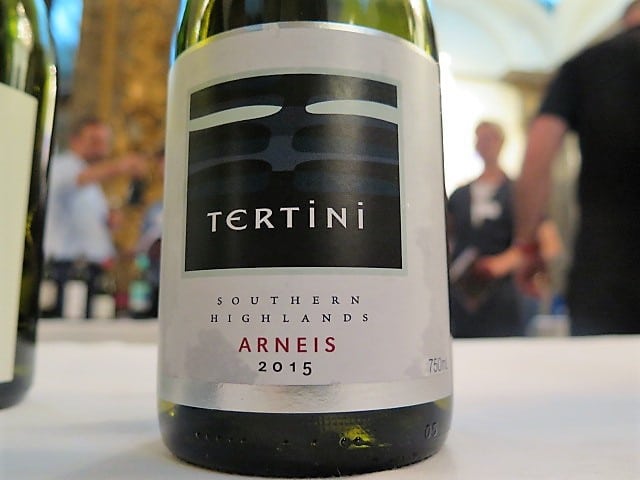 Aside from Tertini Wines Arneis 2015 (Southern Highlands), a fresh, focused but chalky example of the Piedmontese grape with delicate nutty/leesy and green tomato nuances (12.8%), my highlights tended to be among the richer, riper white styles.   Dal Zotto King Valley Arneis 2016, an example of the latter, was rounder, more citrussy, with notes of shaved fennel and sophisticated nutty, leesy notes.  The finish was lingering, savoury and balanced (13.4%). 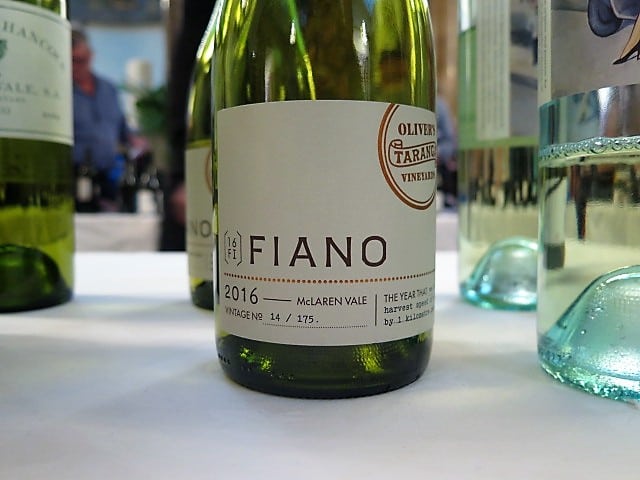 Oliver’s Taranga Fiano 2016 (McLaren Vale) is the kind of Fiano  – a gastronomic wine – that rings my bell with its aniseed-riven, textural palate with juicy green citrus notes and a long, dry, characterful finish (12.5%). 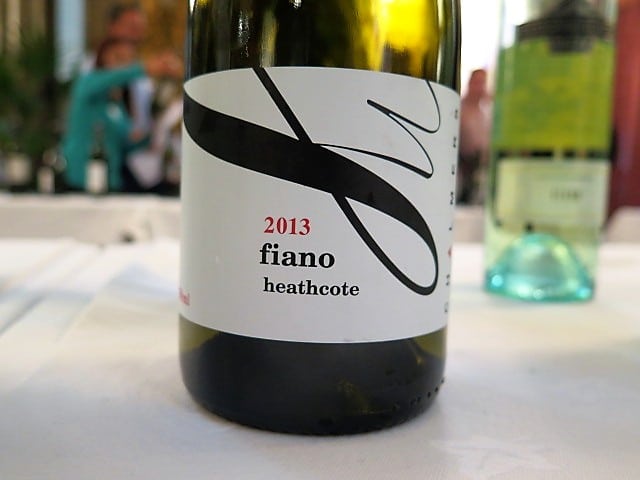 Ditto Chalmers Heathcote Fiano 2013 which, with a few years of bottle age is showing attractive development with a bold palate of waxy, weighty mandarin and green almond notes.  At 13.5%, there was a touch of warmth to the finish which would encourage me to drink it up.  Not such a hardship mind….Meanwhile the lifted aromatics and juicy, fleshy  persistence of  orchard fruited Larry Cherubino Laissez Faire Frankland River Fiano 2016  reflected rather cooler climes.

Pizzini King Valley Pinot Grigio 2016 was one of the more delicate, blossomy/bloomy-skin examples of this variety which I’ve tasted from Australia, but it retained the variety’s slightly musky, earthy, gentle (a touch woolly) apricot. Nicely balanced. Chalmers Heathcote Vermentino 2016 showed grapefruit and lime peel nuances to a creamy, ripe, textural palate with a salty tang to the finish (13%).  Characters which also strutted their stuff in Sue Bell’s Bellwether Wines Heathcote Vermentino 2016 from the same site. In Bell’s leesy, savoury example, the bitter notes and saltiness (here a touch bosky/briny) are more pronounced.  It’s a lovely wine. Sticking with V, it’s a while since I tasted it but Chapel Hill Mount Lofty Ranges Verdelho 2016 has lost none of its vim and vigour.  Nice concentration, (lime) juice, structure and length (13%). 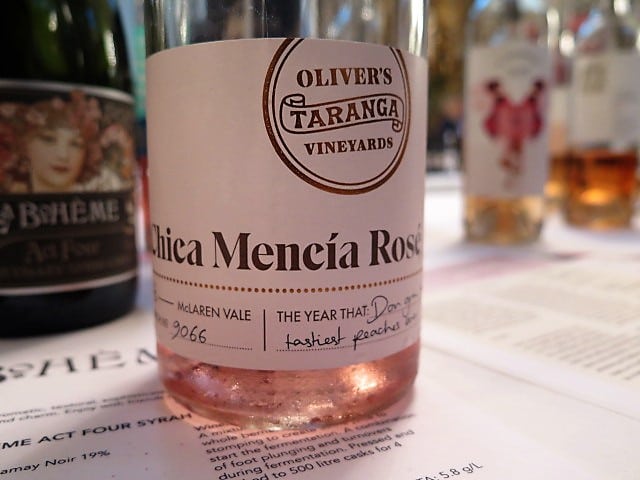 Oliver’s Taranga Chica Mencia Rosé 2016 provided the bridge to the reds.  It’s pale salmon, very fresh and fine-boned.  Dry, yet really affable, with a smidge of texture (11.5%).  As for the red, Oliver’s Taranga Mencia 2016 was one of my July Wines of the Month.  With a hint of orange peel to the nose and red liquorice on the palate, initially, I thought it was going towards a Dão style, but the florals build headily and muskily on the palate.   Made in a ‘joven’ style (i.e. lightly oaked) and with well-integrated acidity, plush but persistent red and black berry fruits linger.  Fine tannins make for a fluid finish.  Delicious. 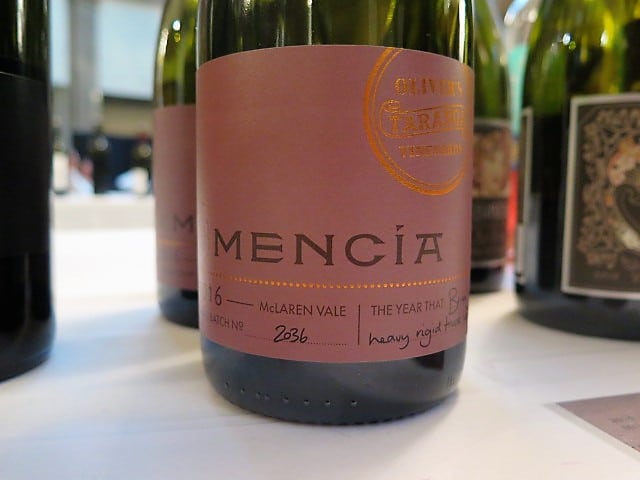 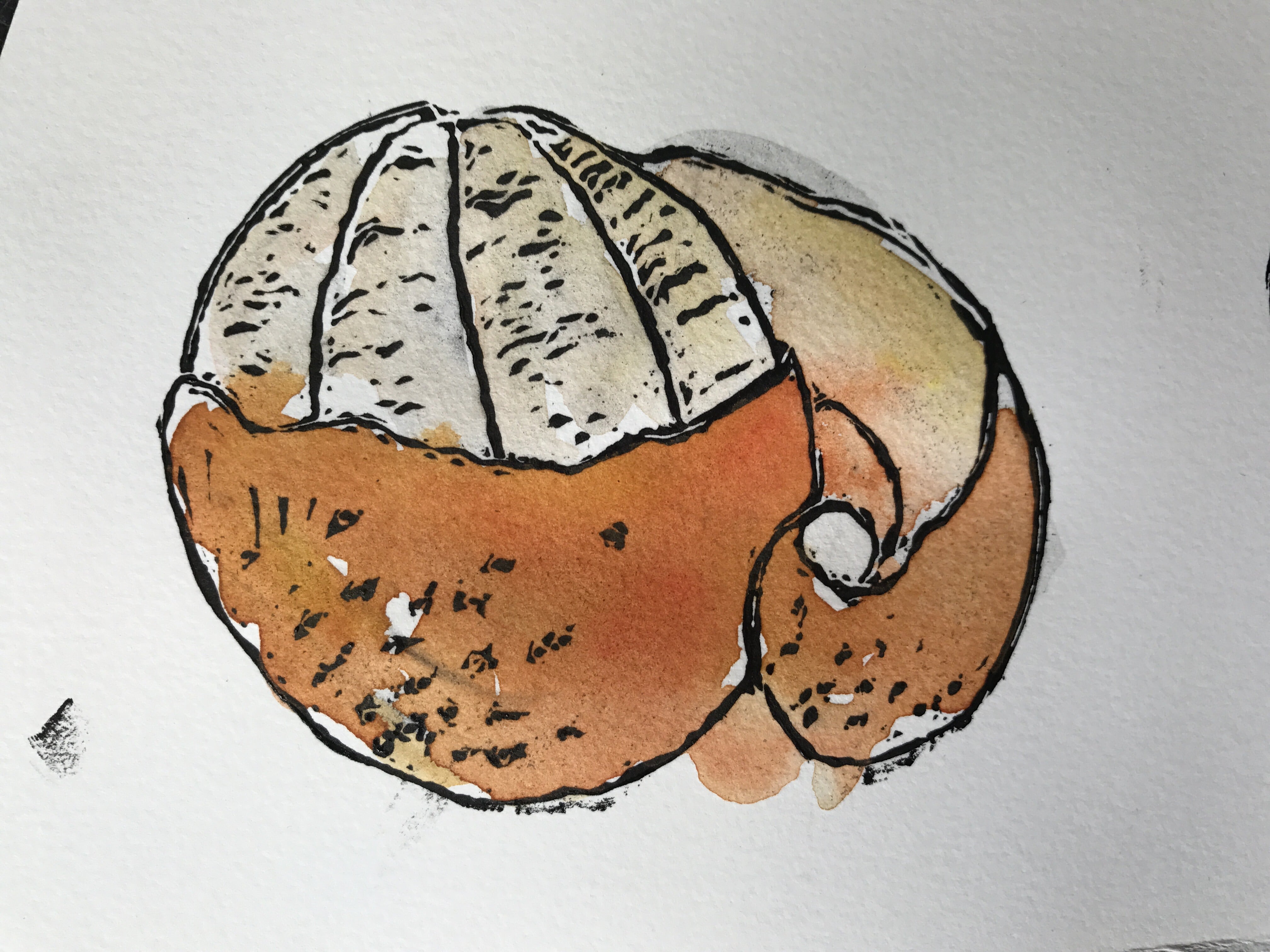 Iberia’s Tempranillo grape produced another real stand out of the tasting.  I’m often a little under-whelmed by Australian Tempranillo but cooler climes seem to suit it well, like Mayford Wines Tempranillo from the Alpine Valleys (not shown) or this stunner – Bellwether Tempranillo 2015 from Wrattonbully.  A new wine to me, but so vibrant and fresh with persistent acidity, fine but firm gently tapering tannins and a lick of sarsaperilla to its blood plum fruit. 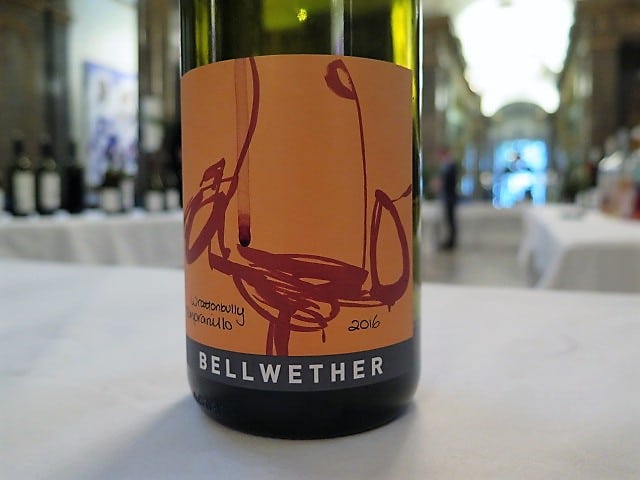 Though not so much my style, Oliver’s Taranga Vineyards Small Batch McLaren Vale Tempranillo 2015 would please lovers of oaky Rioja.  Its fleshy blood plum is burnished with kid glove oak.  With fine tannins and persistent acidity, it is not in the least heavy; nicely balanced. 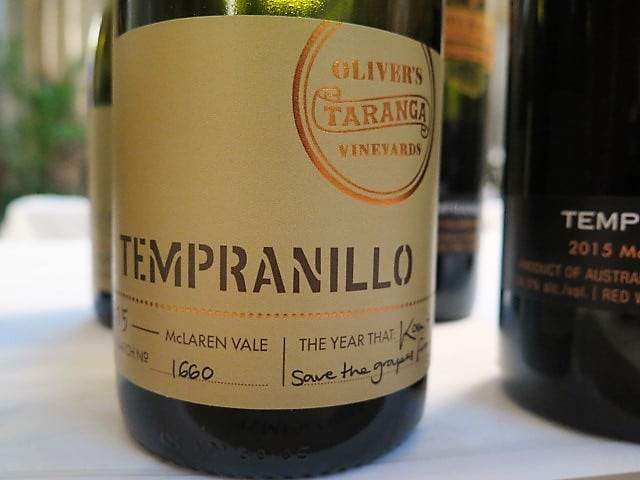 The Pizzini family are pioneers of Italian varieties and the vineyard has been extensively re-structured and planted with new clones since the 1980s.  Pizzini ‘Nonna Gisella’ King Valley Sangiovese 2015 is a finely crafted example of the variety; with a bricky rim and ripe but gentle, juicy raspberry and mulberry on the attack.  Granular tannins slow down the flow and allow the fruit to linger.  Good typicity; lovely structure. 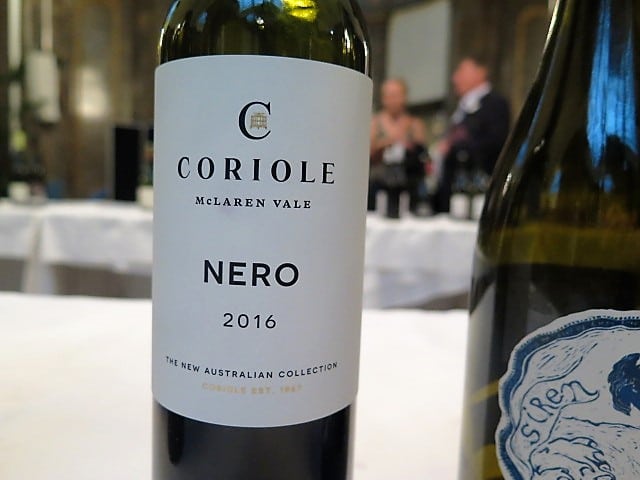 Mount Horrocks Nero d’Avola 2015 from Clare Valley showcases winemaker and variety well. There’s a sweet jubey note to the blackberry fruit to nose and palate, but Steph Toole’s hand is evident in this example’s freshness, length and finely textured tannins. Coriole Estate McLaren Vale Nero d’Avola 2016 retains the exuberance which bagged it Best of Show at The Australian Alternative Variety Show.  Great brio to its bright and breezy, perfumed red and blue fruits, with jube and coltsfoot notes.

Alpha Box & Dice Rebel Rebel Langhorne Creek Montepulciano 2016 has classic sour plum with firm acidity, liquorice and graphite nuances. Of the Nebbiolos, with its sandy, granular tannins and long liquorice and orange peel inflected palate (and I am sure there was fruit/juice too, but my notes don’t mention it!), De Bortoli Single Vineyard Section D4 Yarra Valley Nebbiolo 2013 was my stand out. 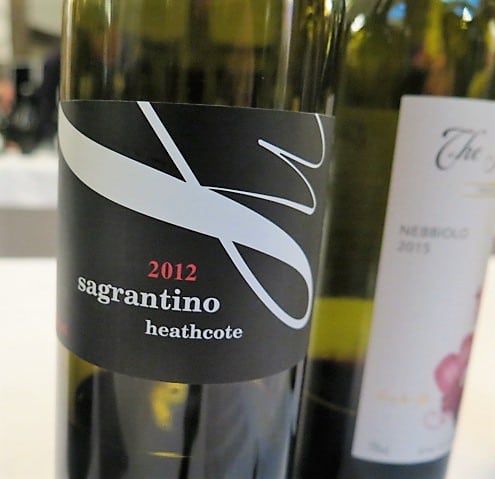 Chalmers Heathcote Sagrantino 2012 is dry, firm and fresh, though I’d be inclined to drink it sooner than later, while the fruit is still present.  Andrew Peace The Unexpected Red Swan Hill Cabernet Sauvignon Sagrantino Merlot Tempranillo 2016 comes from the country’s biggest holding of Sagrantino.  I’ve previously been impressed with this producer’s Shiraz Sagrantino which is a nice buy at The Wine Society.  The Unexpected is, unexpectedly, even better value – £5.99 at The Co-operative.  With supple, fleshy but fresh, sappy fruit it’s a really smashable, mid-weight summer red with savoury, mellow undertones. 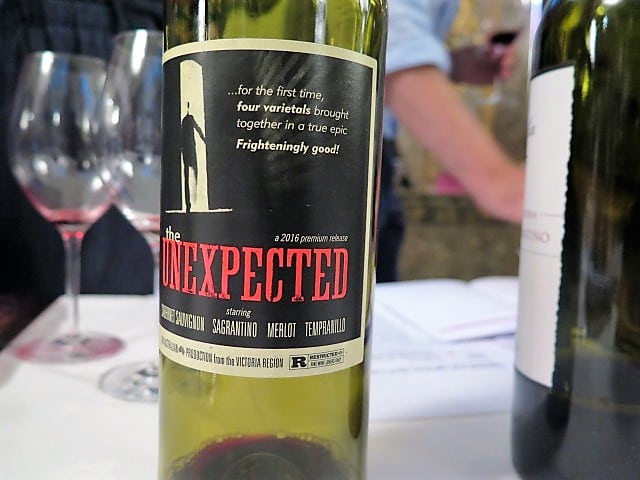 Of the Portuguese native grapes, I was intrigued by Patritti Barossa Valley Trincadiera 2015, but while it had some of the dusty, tobacco qualities I find in Portugal, it was quite green and tannic. 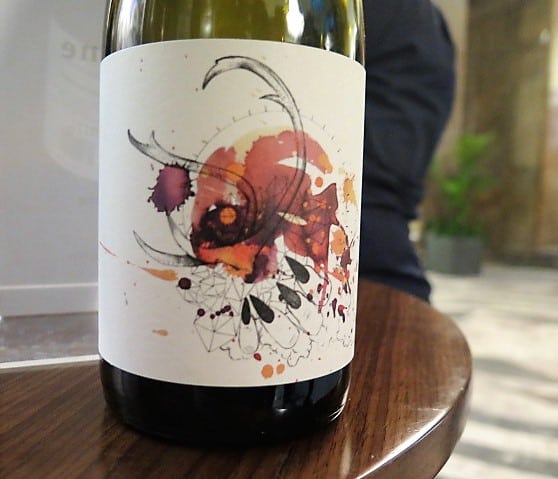 A more reliable traveller – Touriga Nacional – was my standout.  Vinterloper TN/15 Langhorne Creek Touriga Nacional 2015 (pictured above) ticked all the varietal boxes with its violet, rose and chocolate laced black cherry and cinnamon.  A bonus came with its earthy, mineral undertones and powerful, ripe, grainy tannins.  Long and well-structured.  A very good note to end on.