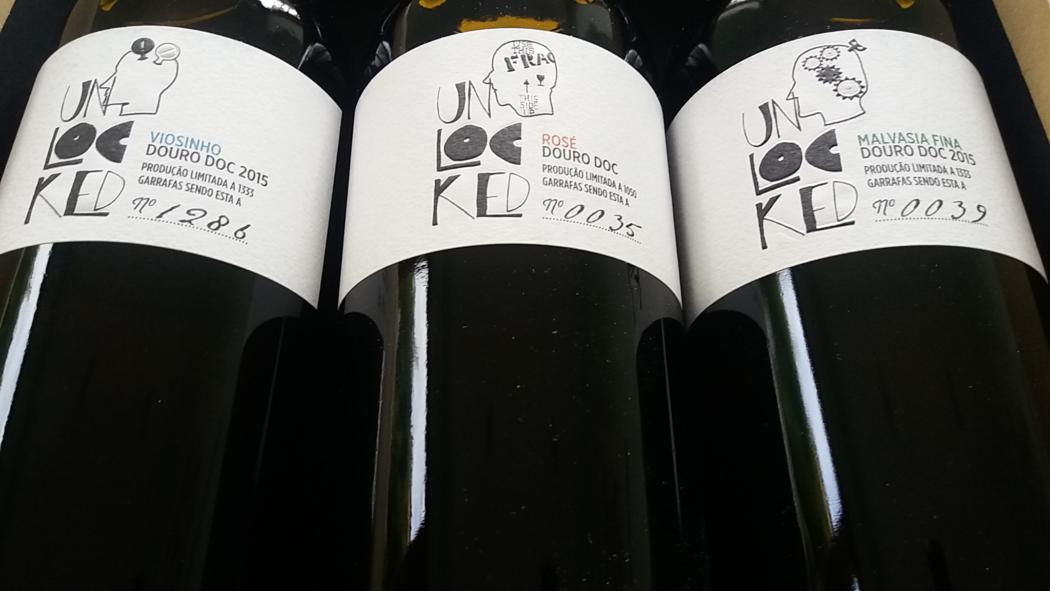 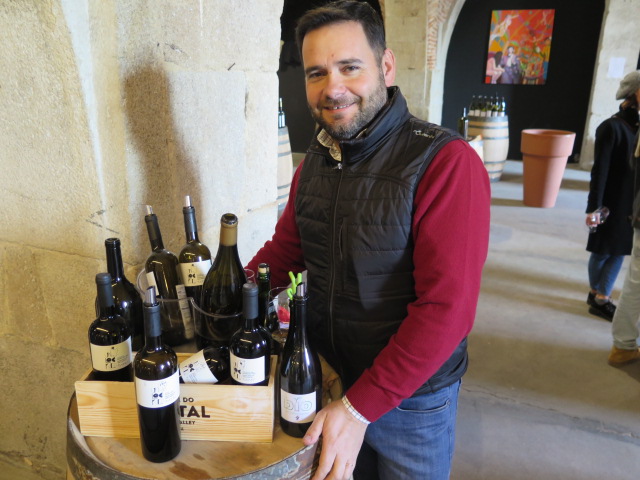 My August Wines of the Month are two sensual beauties, with terrific mouthfeel and complexity.  Mouthfeel might suggest weighty but, fresh and persistent, Quinta do Portal Portal Unlocked Rosé NV & Levantine Hill Estate Syrah 2015 cut the mustard in this summer swelter.  Incidentally, the Portal is not the first Portuguese non-vintage (still, unfortified) wine to garner Wine of the Month status.  This is an emerging, interesting category for the country of master blenders, as is rosé wine. 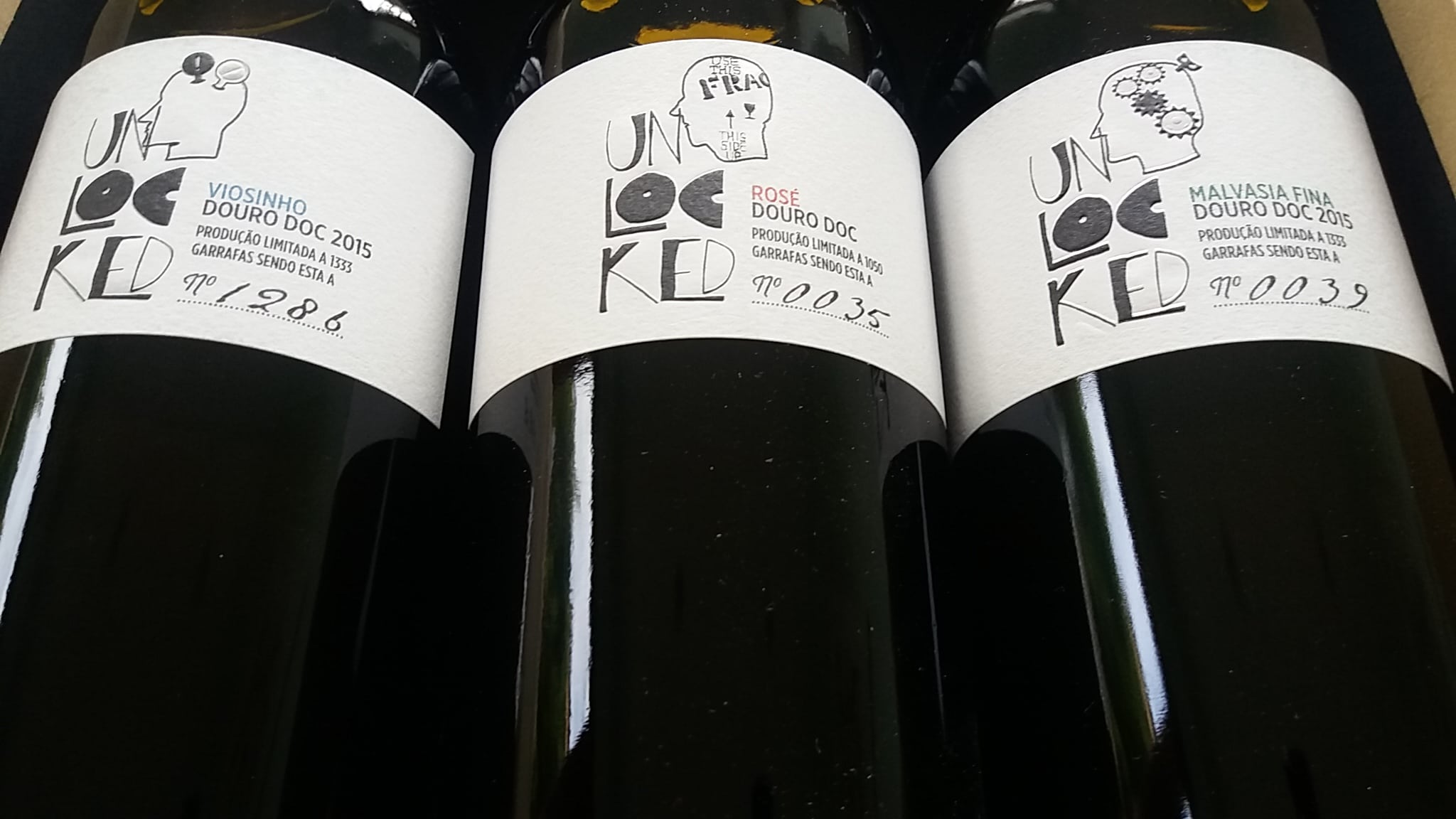 I first tasted this (still) wine at Simplesmente Vinho 2018 with Quinta do Portal’s winemaker, Paulo Coutinho, who said it benefits from decanting.  With a sample bottle at home, I took him at his word and enjoyed it last week over two days.  It is a blend of wines (mainly Tinta Roriz and Touriga Nacional) from the 2008 to 2012 harvests, with fresh lees from the 2013-2015 vintages.  The juice was obtained directly from the press and fermented and aged in a stainless steel vat with bâtonnage, following the addition of fresh lees from the vintages 2013 to 2015.   It is a partridge eye hue, with surprisingly soft, ripe berry/plum fruit to the nose and palate nonetheless –  a fulsome quality, reflecting its origin.  And subtly creamy lees, a touch saline and all the more interesting for that.  Yet it has a freshness and persistence too and delicate floral and spice notes – that’ll be the Touriga.  More rosehip than my more typical dried roses/rock rose note.  Though initially, it seems a wine of two halves (fulsome then bone dry to the finish), as it opens up, the dots join and it drinks very well.  In the mouth it has an intriguing toasty, autolytic edge which Coutinho brilliantly captures – “like old Champagne” and a touch of vegetality/onion skin and slightly medical herbs.  Though I confess I’ve never tasted one, in my mind’s eye, I can imagine it might also be likened to  an aged Rosado Rioja for its savouriness and soft, persistent mouthfeel.  Languorous and complex, it’s my pick of the 2017 Unlocked Series.  13%  Just 1.020 bottles made; it is sold in a limited edition three-pack with a Viosinho and Malvasia Fina, both reviewed in this post. 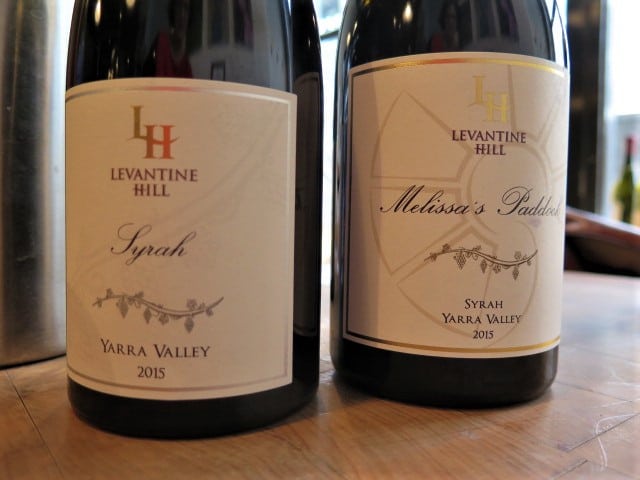 After my tasting with him, winemaker Paul Bridgeman went on to pick up three awards for this wine at the International Wine Challenge – Best Australian Red, Best Australian Shiraz and Best Victoria Shiraz.  It also struck gold at this year’s Decanter World Wine Awards.  Syrah by name, Syrah by nature, this splendid Australian cool climate example of the variety is a blend of 10 small batches picked on three days (17, 19, 22 March).  It comes from Levantine Hill Estate’s sole Shiraz block, in the Maroondah Highway vineyard.   As is the contemporary Yarra Valley way, Bridgeman vinified it like Pinot Noir, with crushed berries over lots of whole berries (“for a lick of tannin early without too much oak”) and stalks were added back in, Yarra Yering style (Bridgeman’s old gaff).  Cuvaison of most of the batches lasted three weeks, during which time the wines were hand-plunged or pumped-over no more than once day. This Syrah was then aged for 15 months in 225, 300 and 500l French oak barrels and a first-use 3500-litre Taransaud open oak vat (with, overall, 45% new oak).  It has a wonderful earthy, mineral, humus/granitic-sluiced quality to nose and palate, with spicy pimento top notes and a hint of charcuterie.  In the mouth, it tastes very harmonious and elegant, with lovely fluidity.  It’s not an edgy style of cool climate Syrah – there’s flesh on the bones.  But it has the freshness and clarity of flavour to its sweet-scented blood plum and mulberry fruit that I associate with granite (though the soils are pretty much clay loam with an element of silt and little bands of iron).  Going through, you never lose contact with that delicious earthy, mineral, humus/granitic-sluiced quality. It’s so pleasurable in the mouth, one hardly wants to swallow it. Yet wow, I could drink cases of this! 13.5%
(Visited 324 times, 1 visits today)
Categories
AustraliaBlogMy Wines of the MonthPortugal
Tagged
Australian cool climate SyrahDouroLevantine Hill EstateLevantine Hill Estate Syrah 2015Portuguese rosePortuguese wineQuinta do PortalQuinta do Portal Portal UnlockedQuinta do Portal Portal Unlocked Rosé NVRosérosé wineYarra ValleyYarra Valley Syrah