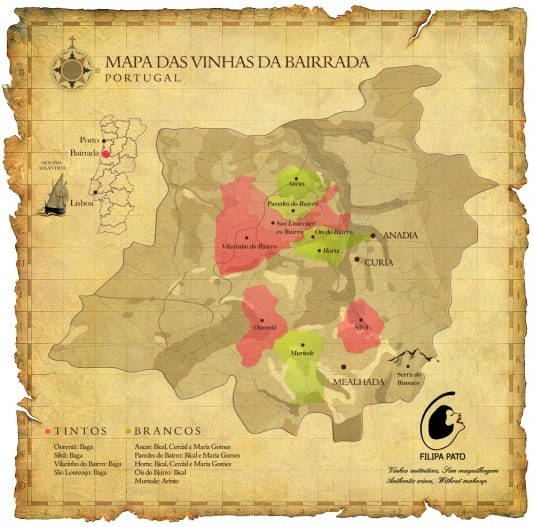 The Bairrada region is home to one of the very few Portuguese examples of a single varietal red wine grape, Baga.  Historically, most growers were content to exploit this variety’s high productivity, selling by the ton to the big negociants and co-operatives who used to dominate the region.  A growing band of vignerons have set their sights much higher.  Small wonder when their number includes Douro/Port man Dirk Niepoort who told me, “with its soils and temperate Atlantic climate, I am more and more convinced that Bairrada has Portugal’s best terroir.”   Niepoort acquired Quinta de Baixo in 2012. 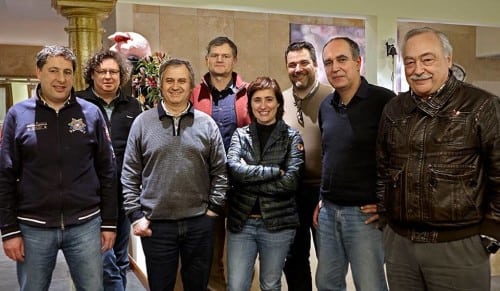 The results are very exciting and, while a full quarter of the region’s Baga grapes still end up in a sizeable melting pot (it’s the variety which gives Mateus Rosé its freshness), I cannot recommend highly enough seeking out the region’s small but growing number of Baga specialists, especially the members of Baga Friends.  These boutique wineries have learned how to tame the grape’s worst excesses (high yields, high tannin and high acid); you can read all about their techniques in my WFW40 Bairrada The Baga Beyond.  What’s more, they have also proved themselves to be skilful white winemakers. 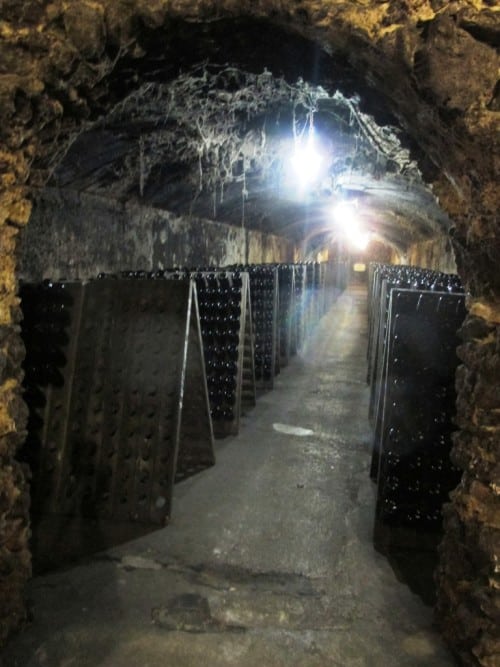 As for the region’s negociants (Alianca, Caves São João), they hold huge stocks of traditional method sparkling wines which have been made in the region since 1880 and, since the 1970s and 1980s, have pursued a more upmarket strategy for table wines too (including the acquisition of their own vineyards). 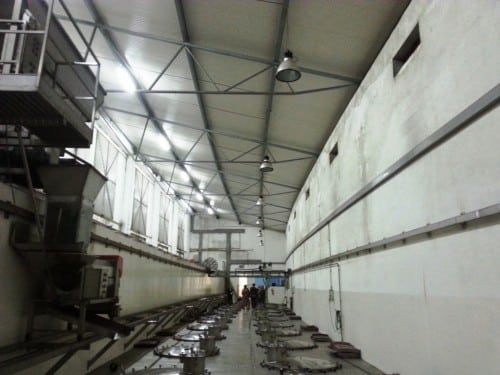 Modern Bairrada – the winery at Campolargo

It is the negociants (also Campolargo, once a leading supplier to the negociants), who spearheaded the introduction of leading French varieties, especially Bordeaux and Burgundy grapes which have been permitted for DOC wines since 2003.  The best can be very good.

Bairrada DOC is a small, quite narrow coastal region in northern Portugal book-ended by the Atlantic Ocean to the west and the Caramulo and Buçaco mountains (hills) to the east (beyond which lies the Dão region). 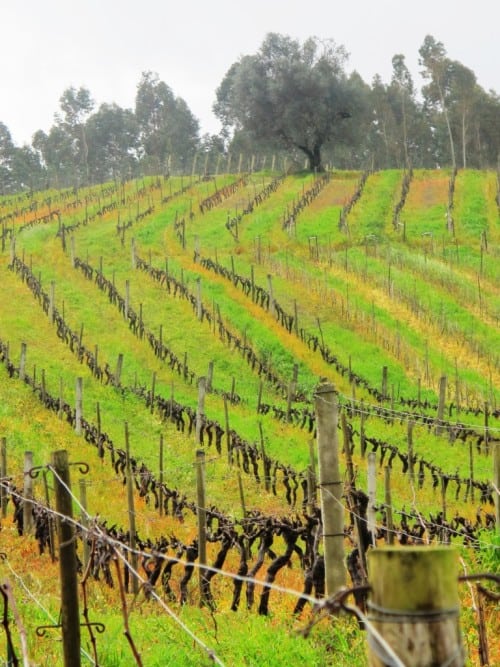 The Vinho Regional, Beira Atlântico, is more extensive both geographically (see this overview map of Portugal) and in terms of permitted grapes.  However some leading Bairrada DOC-based producers and Baga purists (notably Luis Pato and Filipa Pato) have preferred to use the Vinho Regional designation on bottles.  However, now Baga’s (and with it Bairrada’s) reputation is on the rise, there is a return to DOC labelling; for example all Pato’s single vineyard Bagas are now labelled Bairrada.  Other leading producers, notably Foz de Arouce (who make very good Baga reds) are simply outside the DOC. 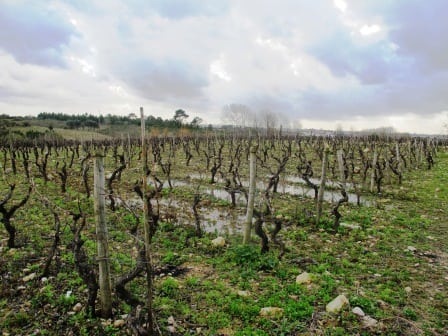 A pronounced maritime climate makes for a temperate, humid climate with relatively high rainfall (800-1200mm/annum); in spring and autumn, the rain can be problematic.  For Aliança’s Director of Winemaking, Francisco Antunes, “Bairrada is one of the most difficult places in Portugal to produce wines, particularly reds and particularly if you are depending on third cycle [late ripening] varieties Baga, Cabernet Sauvignon and Touriga Nacional.”  Suffice to say site selection is critical as is keeping yields low. A low, gently undulating landscape is shaped by the free draining chalky clay soils on which premium Baga thrives (and acquires its signature “smokiness” – a characteristic which has nothing to do with wood).  Whites tend to come from lower sandy soils. 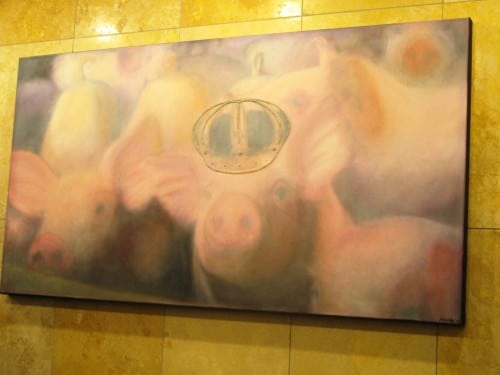 Baga may be the king of grapes but suckling pig is the king of local gastronomy; Baga’s high acidity cuts through the rich meat perfectly – pictured Rei dos Leitoes, a leading local restaurant.

*For Bairrada DOC wines which are additionally labelled “Clássico” the grape varieties marked with an asterisk should together or separately, represent at least 85% of the total, while Baga should not represent less than 50%.

With the recent influx of new producers and increased focus on quality, while the common thread is Atlantic freshness, the region’s potential is now being realised through an exciting range of wine styles. 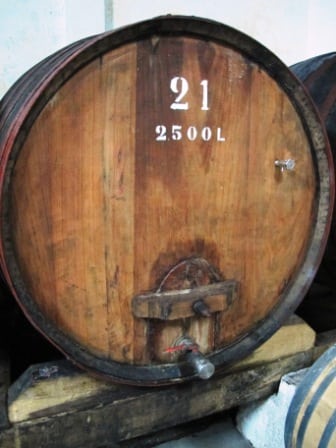 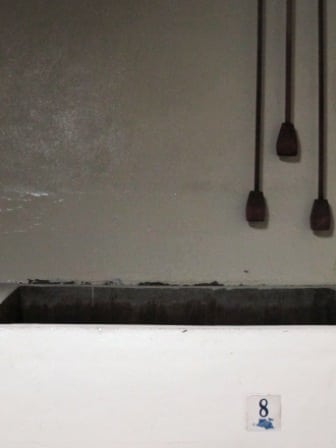 Take a peek in the wine cellars and spot the difference between the traditionlists and modernistas (though the best of the latter cleverly combine the old and new to great effect).  Filipa Pato now produces a red and white made in amphora under her Post-Quercus label. 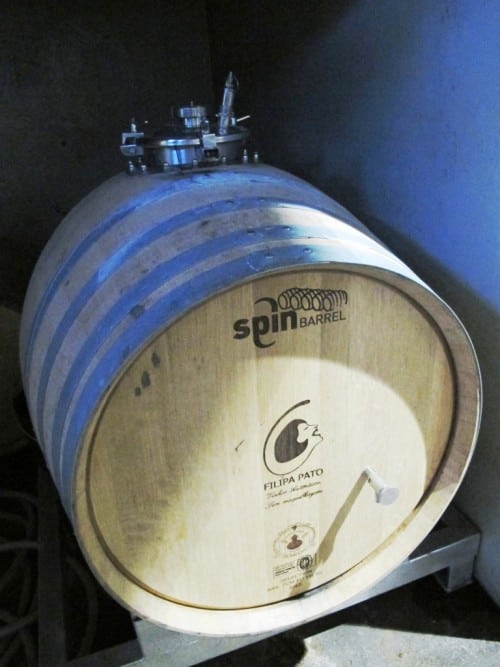 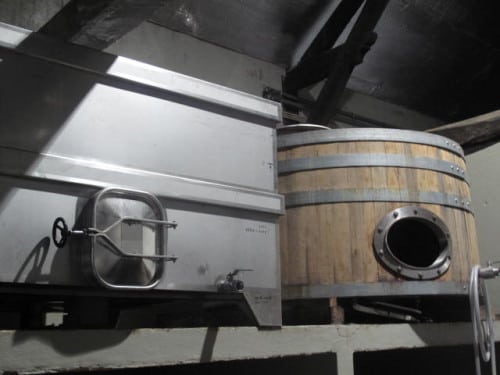 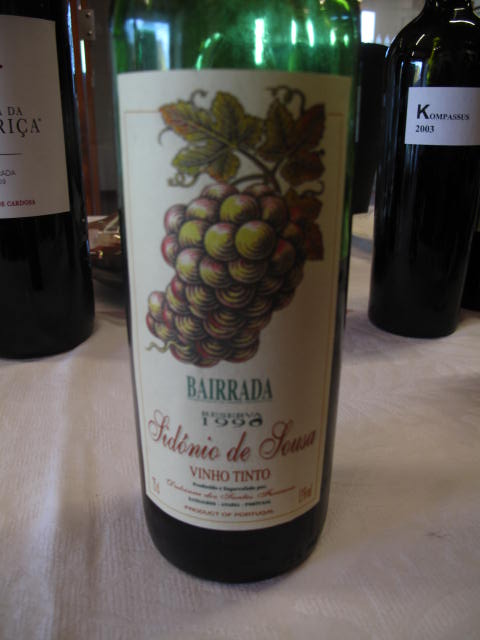 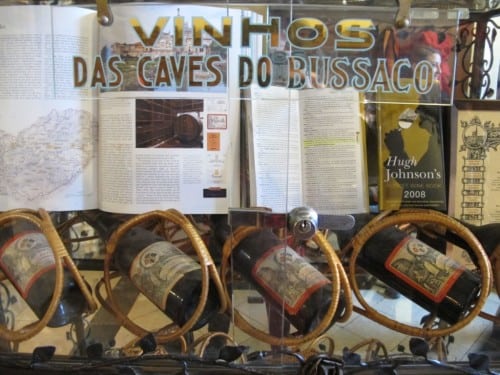 Beating its own path the Palace Hotel do Bussaco produces excellent, very traditionally styled Buçaco whites and reds sourced from vineyards in Bairrada and the neighbouring Dão region.  Reds are a blend of Baga with Touriga Nacional; whites are a blend of Encruzado with Maria Gomes and Bical.  These unique wines are more or less exclusive  to hotel guests and well worth seeking out, not least because the hotel has an amazing back catalogue of wines.  Read all about the Palace Hotel do Bussaco in my report of two extensive vertical tastings here. 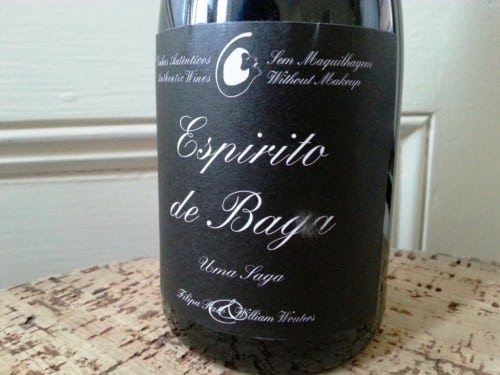 See all my Bairrada posts.