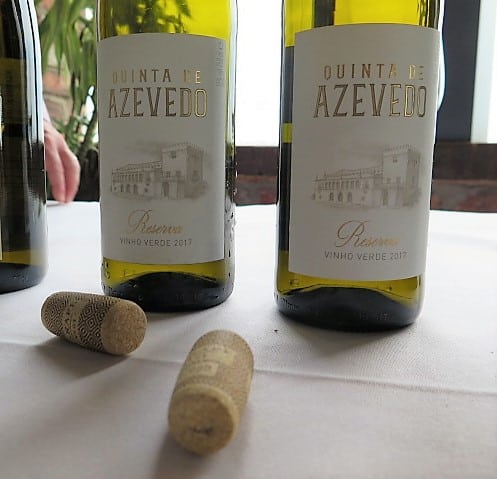 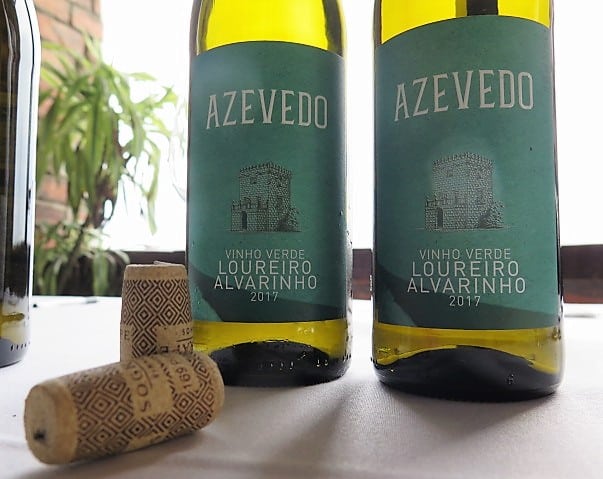 I made a couple of interesting finds at this year’s Annual Vinho Verde tasting in London which, like the region, is always something of a mixed bag.  Quinta de Azevedo is hardly new, but the influence of Antonio Braga was immediately apparent in a couple of new wines from Sogrape’s Vinho Verde estate.  Meanwhile Casa das Hortas’ range underscored a couple of trends – the rise of Avesso and rosé Vinho Verde.

Here are my notes on the wines: 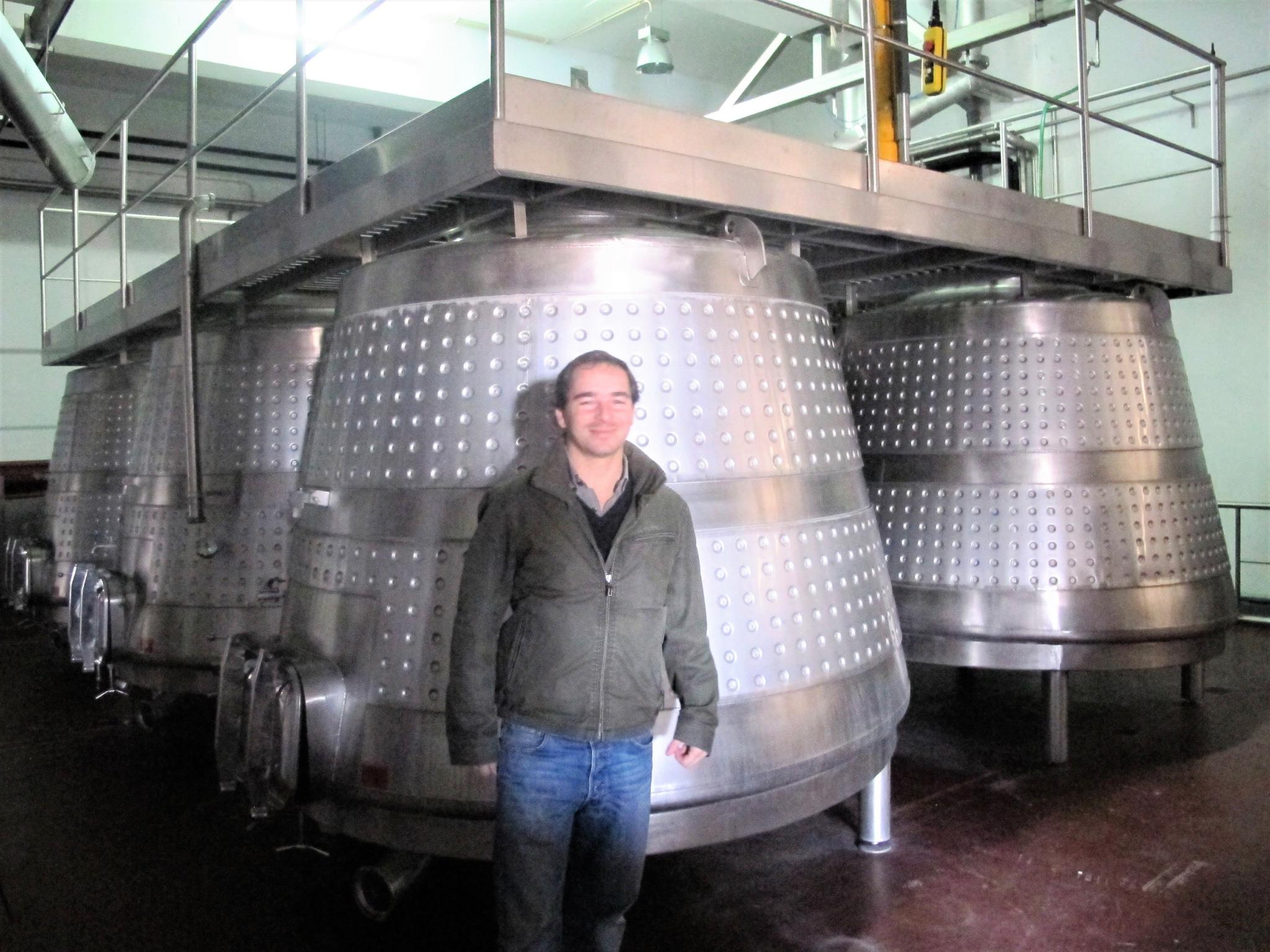 It must be almost 10 years since I visited Quinta de Azevedo, Sogrape’s Vinho Verde estate in the commune of Barcelos.  I was impressed by the neatly trellised cordon-trained vines and modern winery, complete with selection table for the hand-picked grapes.  Pioneering stuff for a widely available classic Vinho Verde – a pretty, very clean well made blend of Loureiro and Pedernã (a.k.a. Arinto), that sold for around £6.99.  As was bottling it under screwcap (since 2011).  So what’s new? Braga is most certainly part of the answer.  When I last encountered the young winemaker at work, it was at Quinta de Leda in the Douro, where he was undertaking various winemaking experiments.  I sensed that this thoughtful, ambitious winemaker was in his element.  And I know he is something of a flavour guru too because, incredibly kindly, he has himself invented (and cooked) inspired vegetarian dishes for me during visits.    So I am not surprised to see him approach the switch from making Douro wine to Vinho Verde with great relish and success.  Plus his timing was good.  Sogrape have replanted a section of the estate to top grape Alvarinho which, in his first vintage at Azevedo, Braga has blended with Loureiro instead of Pedernã.  For Braga “At Quinta de Azevedo, Loureiro and Alvarinho are considered the ‘noble’ varieties of Vinho Verde, with the former selected for its aromatic, floral quality, and the latter to add complexity, structure and a stone fruit character to the blend.”  The Alvarinho certainly brings extra depth and concentration to this wine – a 70:30 Loureiro/Alvarinho blend (the Alvarinho for this wine bought in).  It has Loureiro’s typical talcy, pretty nose and palate on the attack, then seamlessly rounds out going through as the Alvarinho lends body and fruit.  Very pure, fruity yet fresh, with a smoothness and cool restraint.   It was fermented at 16 – 18ºC using native yeast QA 23 selected at Quinta de Azevedo. After fermentation, the wine was matured in stainless steel tanks with lees-stirring for 3 months.  It has 4.3g/l residual sugar, but it tastes dry – fruity rather than sweet.  Very well done.  11.5%  RRP £9.99 Liberty Wines

Much as I like the entry level Loureiro/Alvarinho, for a pound more, trading up to the Reserva is a no brainer.  Okay for me at least.  I guess some might prefer the former’s purity of fruit but fermenting around 40% of the grapes in contact with the skins makes for an enticing spicy, vegetal note – a greenness, which lends a heightened sense of freshness as well as complexity to the blend.  Since the Reserva is made from 100% estate fruit, it has the concentration to balance the spice and green notes, which linger on the back palate.  Nice intensity to the finish, with a distinctly mineral undertow of acidity.  Very good.  1.3g/l residual sugar, 12% RRP £10.99 Liberty Wines 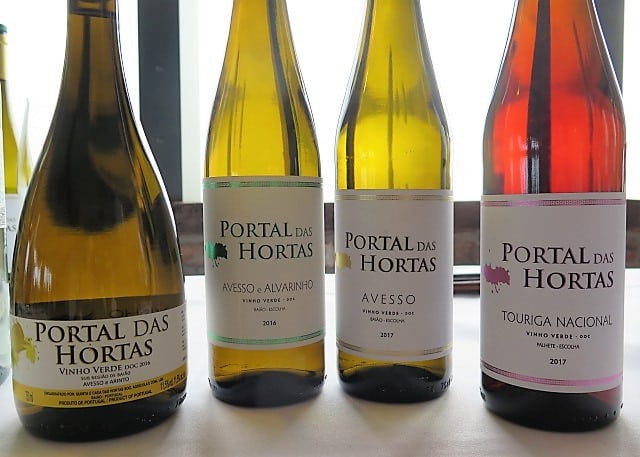 We had a dozen or so Avesso/Avesso blend entries at Decanter World Wine Awards this year and they impressed the panel.  Casa das Hortas is based in the sub-region of Baião – very much the heartland of this grape.  Located inland, bordering the Douro, Avesso thrives in its warmer more continental climate.  Once again, Alvarinho is deployed to add fruit and intensity to this 70:30 Avesso/Alvarinho blend.  And, similarly, the blend has been skilfully composed (it’s easy for Alvarinho to dominate).  With its green apple peel finish, the Avesso has the last word here, sluicing the Alvarinho’s sappier stone fruit.  Finishes dry, firm and mineral with nice intensity.  11.5%

This rather bold expression of Avesso weighs in at 13.5% alcohol.  It has presence, perhaps a little too much, but I was impressed with its green apple peel-edged quince fruit.  Good depth here.  A leesy note going through adds texture and complexity.  Finishes mineral.  13.5%

Very pale, but delivers good intensity and length in the mouth, which showcases Touriga’s florals, but also has a lightly (white) peppery, spicy thread of tannin.  Firm, crisp and dry.  Well done.  13.5%