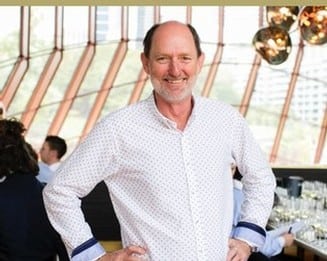 It’s not the only reason to celebrate them.  The Semillon – Brokenwood ILR –  is named after the Hunter Valley’s Chief Winemaker Iain Leslie Riggs, who has just added some extra initials to his name – AM.  AM stands for Member of the Order of Australia, which award he received on the Queen’s birthday in recognition of his significant services to oenology as a winemaker, developing the Australian wine industry and promoting the Hunter Valley region.  Richly deserved I might add.  Riggs is a renowned nurturer of talent, not only at Brokenwood but also in his capacity as Chief Judge at wine shows and Chair of Trustees for the Len Evans Tutorial.

Here are my notes on these two excellent 2011 New South Wales’ wines: 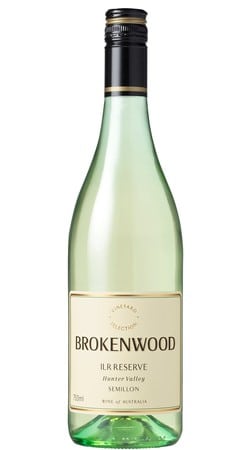 For many South East Australian winemakers, 2011 was (and remains) quite the worst vintage they had ever experienced.  During the winter of that year, I visited the Barossa and well recall seeing unpicked Shiraz grapes still on to the vine!  Unheard of in this, the variety’s most emblematic region.  So for the Hunter Valley which, said James Halliday at Brokenwood’s 40th anniversary celebration, is vulnerable to “hell and damnation” vintages (its heaviest rainfall is in summer), you might well have expected a disastrous year.  Not so.   With a mild, dry run up to harvest ending in a sunny spell, the Hunter Valley was actually irrigating madly!  Released with six year’s bottle age, this is an intense Hunter Semillon, still youthfully pale and pure, with green glints.  It reveals expressive, lifted lime cordial notes to nose and palate and, despite its richer, waxier hints of lemon curd on toast, has a firm backbone of bristling acidity.  Terrific length and line.  Expect it to age for another decade at least (check out my notes on a 1992-2010 vertical here). 11%

Located further south and inland, cool climate Canberra District has a marked continental climate.  In 2011, wet weather resulted in disease and ripening pressure and this single vineyard Shiraz from a granitic site at 640m has a cool, earthy, peppery Rhone-like character.  One imagines it must have been a challenging year in which to ferment this vintage with 20% whole bunches but, having won a Jimmy Watson Trophy for the first (2008) vintage of The Long Road Shiraz, this winery has form with the variety. Eden Road 2011 Shiraz was aged for 12 months in old 500l French barrels and is distinctly medium-bodied and dry, with fresh acidity to its al dente damson fruit and a delicate play of spice.  Persistent, perfumed and savoury with fine tannins, it’s in a lovely place right now.   Incidentally,  Eden Road have news about their winemaker too – they were recently joined by Celine Rousseau, formerly of Chalkers Crossing in Hilltops.  12.9%