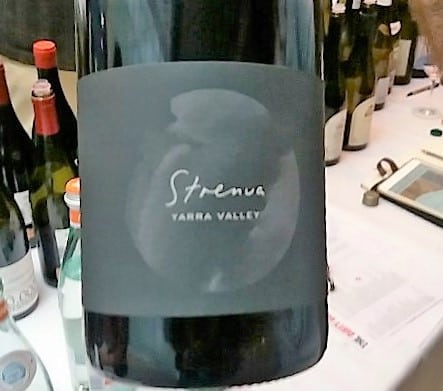 Of the classic top French grapes, for my taste/pocket, Syrah/Shiraz delivers bang for buck most consistently.  (And I’m defining “bang” as perfume, flavour intensity, complexity, typicity, all of which translate into the big P – pleasure!)

I’ve enjoyed three terrific new wave Australian examples this last week – so good they make the cut for my October Wines of the Month.  Here are my tasting notes:

I’d not heard of Strenua until last Tuesday’s Dirty Dozen Tasting, but lovers of whole bunch Syrah should most definitely walk this way. It’s an impressive debut from Rhen Dodd and Dale Wheeler.  Not least when you consider both have full time jobs (Dodd is Jamsheed’s Assistant Winemaker, Wheeler works at Rathdowne Cellars).  Second, the pair have coaxed this performance from a vineyard (Chum Creek) which was somewhat neglected when they got their mits on it in 2013 (there’s a nice article about how they got hold of it here).   However, they were attracted to it because of the Syrah’s vine age (+20 years), its relatively cool location and clay loam with ironstone soils.  With 85% whole bunch it has plenty of black pepper grunt to nose and palate with savoury, smoky charcuterie undertones, lifted violets and sweet raspberry and red cherry fruit.  In the mouth, the chorus of savoury notes builds to a dry (flavourwise) finish with a delicious rasp of textured tannins – think the warp and weft of fine linen.  They trap the flavours beautifully.  Lovely freshness, persistence and spice.   13%  Imported by Indigo Wine. 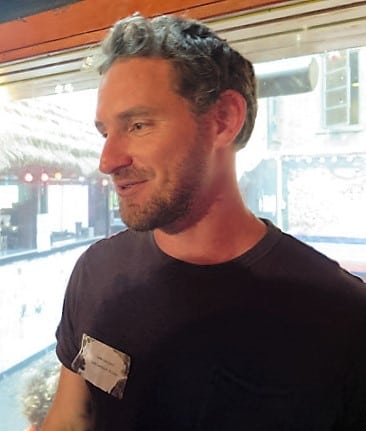 Also imported by Indigo Wine, Crudo is the junior cuvee from Lambert.  Like the Strenua, the Crudo is so expressive already.   But it’s a very different animal.  Since 2014 it has come from the Denton Vineyard, which is located on a granite outcrop at 250m.  Boy, does it shout GRANITE with its firm, bright, perfumed and pingily fresh red fruit and fine but firmish al dente tannins.  More centered around its vivid fruit and with more refined tannins, it is prettier than Strenua.  It really put me in mind of an elegant St Joseph from the Northern Rhone.  13.5% £20.95 at Wine Direct 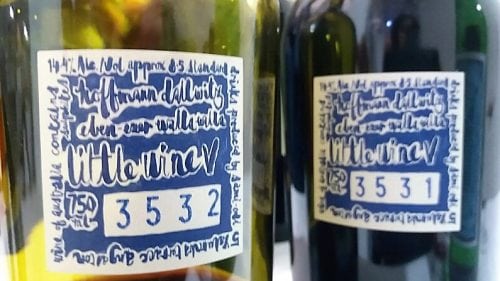 Mark/# 4 of Fraser McKinley’s non-vintage blend impressed me when I visited the winery last year.   The follow up #5 is at least as good.  To mind mind, cooler of expression; less creamy.  A deep, resonant nose and palate displays fresh blackcurrant, earth, anise and incipient iodine minerality.  The whole is beautifully framed by just ripe but present tannins.  Precision harvest(s) = precision wine, not that it feels “made.”  Rather, its energy – a subtle tension – put me in mind of Cornas – all deep blackcurrant, earth, minerals and fresh acidity, albeit this one with friendlier tannins.  My sample came from towards the end of the bottle and threw a fine sediment.  Extra flavour and texture!  Mark 5 comprises a blend of 2012 (11%), 2013 (3%), 2014 (39%) & 2015 (47%) and was, like its predecessor, 100% sourced from the Hoffmann’s ‘Dallwitz’ vineyard from vines planted in 1996, 1995, 1960, 1927 & prior to 1912. Just 4955 bottles were produced.  Check out my report of last year’s visit here for the backstory to this wine.  14.5%  £55 at Swig