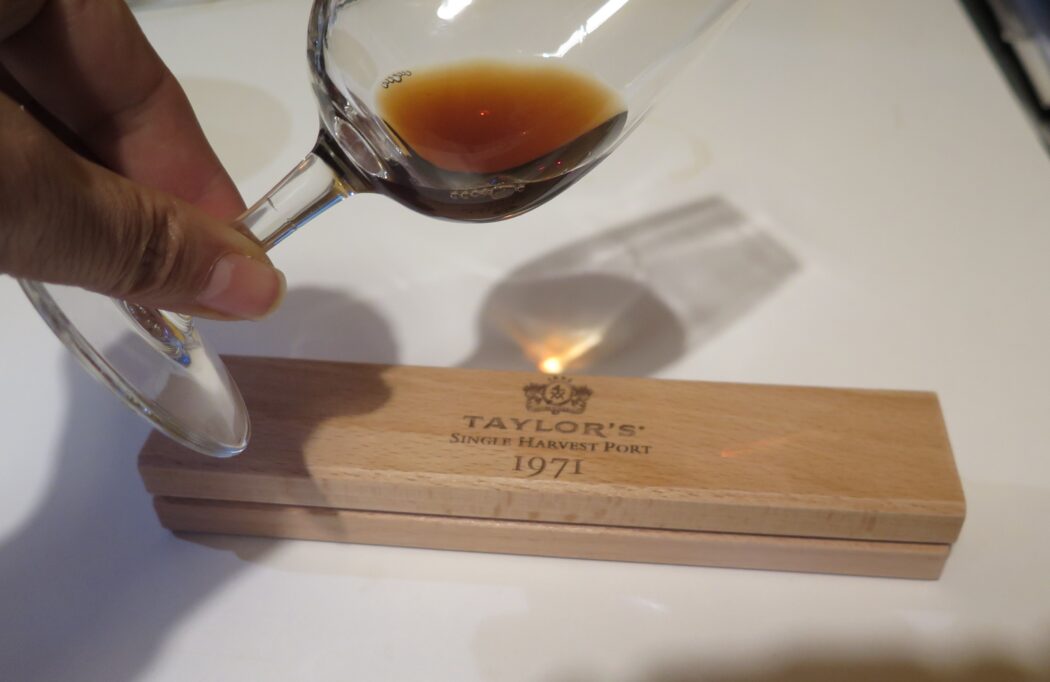 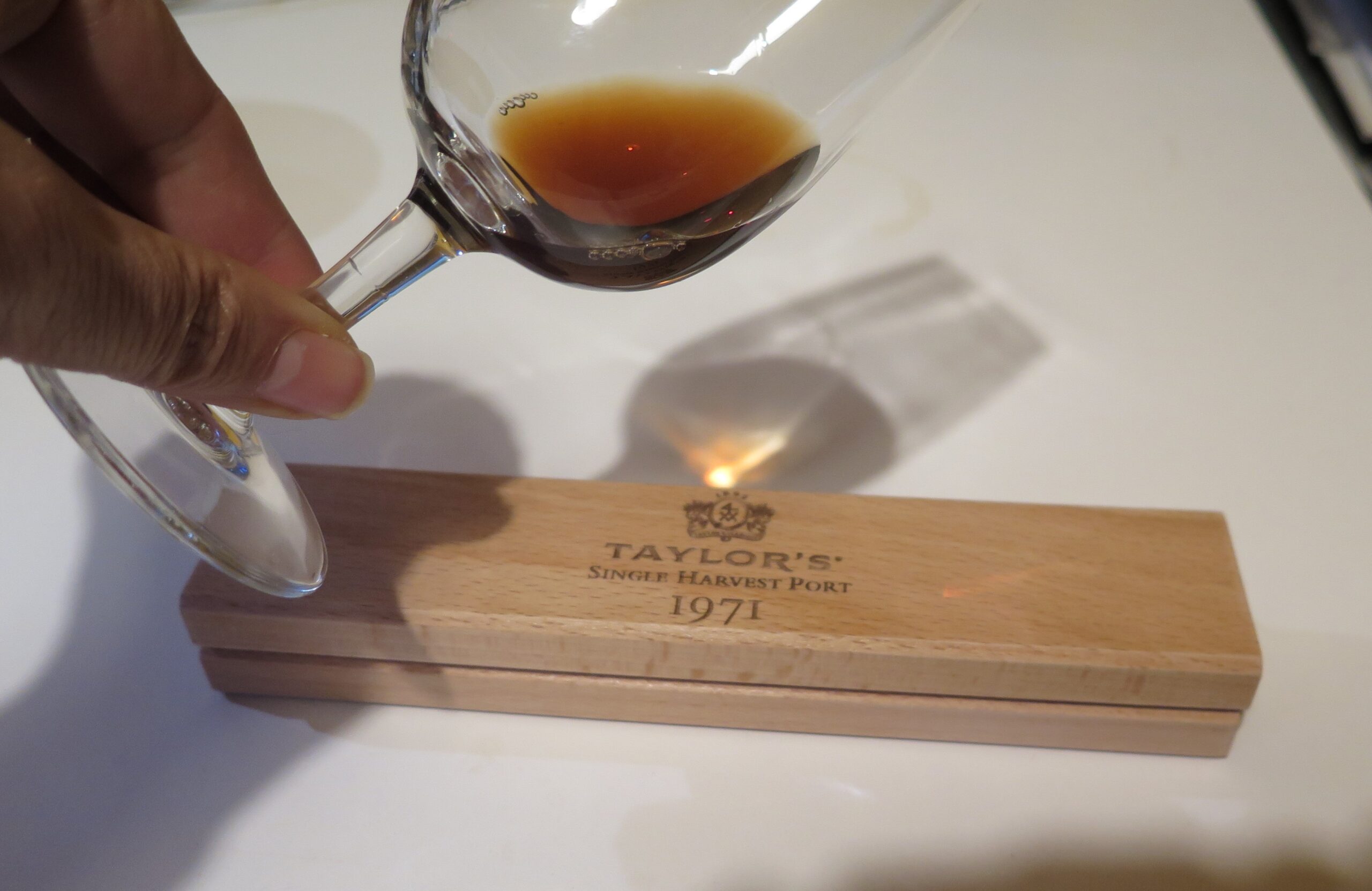 Here is Taylor’s report on the vintage.  The winter preceding the 1971 harvest was slightly drier than average with around 13 inches of rain recorded at Pinhão. Spring and early summer were relatively cool and poor berry set was reported in some areas resulting in reduced yields. August was a dry month but, unusually for the Douro Valley, there were no prolonged periods of intense heat. As a result the grapes ripened slowly and gradually and by the normal harvest time in mid-September the crop was still far from mature.

The vintage finally began on the 15th October, the latest starting date since 1909. As dry conditions had continued throughout September the grapes were generally in good condition. Winemakers’ notes report that the musts were not as intense and deeply coloured as usual but displayed attractive aromas and excellent acidity.  They correctly predicted that this would not be a Vintage year but a harvest producing supple, elegant wines more suited for long term ageing in cask. 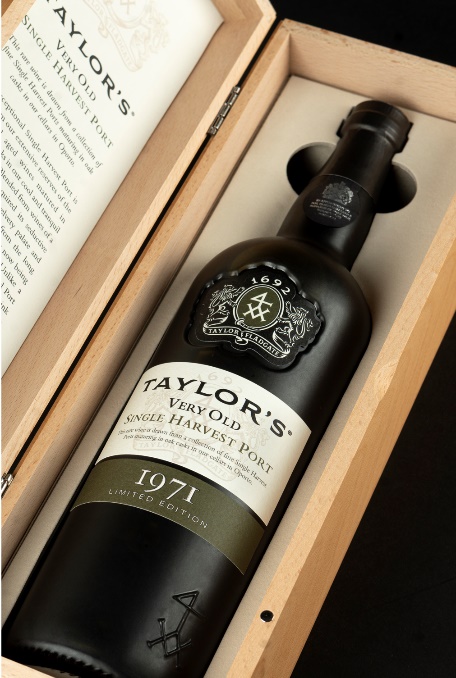 A bright topaz hue, with a saffron rim and gorgeous nose of dried apricot, fig and orange, with cedar, café crème cigar and a delicate touch of fern. Enveloping, silky smooth and nutty in the mouth, with subtly smoky roast hazelnuts (notes of praline).  Intense yet harmonious with not a hair out of place, it has great purity of expression and balance, making for a lingering, slow burn finish.  £180.00/bottle at Hedonism.  Other stockists include Farr Vintners, Grand Vin Merchants, Harvey Nichols, Seckford Wines Ltd & Saxtys.

Click on the links below for my reviews of Taylor’s Single Harvest 1971 Port’s predecessors (and an ultra-limited edition 1863 Very Old Tawny Port):