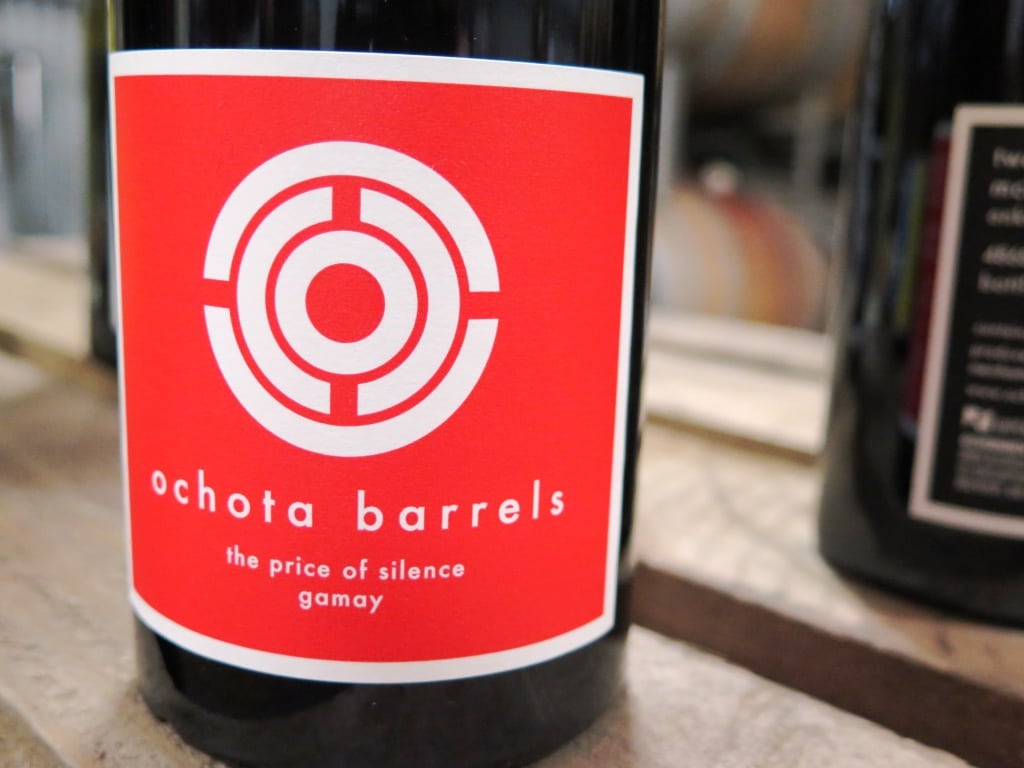 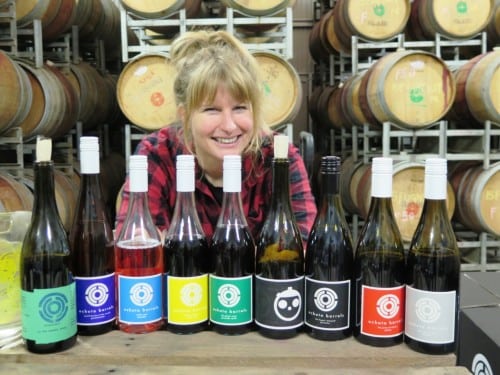 Lots to smile about at Ochota Barrels; Amber Ochota

I’ll be showing off a pair of Ochota Barrels’ Grenaches at next Monday’s Atlante Wine Forum in Spain.  How will Taras and Amber Ochota’s Surfa Rosa Garnacha rosé go down I wonder? This week’s retro-post looks at another fleet of foot red grape with which the couple work – Gamay. It’s the second Australian example of the Beaujolais grape I’ve featured this week.  Sorrenberg’s Gamay (three vintages reviewed in Wednesday’s post) is richer in style than this one from Ochota Barrels – that’s Beechworth v Adelaide Hills for you.

Peter Bourne’s wine column on my Qantas flight from Adelaide to Sydney this week chimed with the theme I’m exploring for a Decanter feature this trip – lighter styles of “dangerously drinkable” red wine.  It focused on Gamay and had a timely hot tip for me here in the Hunter Valley – Ballabourneen Gamay Noir. Apparently the grape was championed by Len Evans in the Hunter over 30 years ago.

Back over in South Australia this, the defining grape of Beaujolais, peeked out from the shelves at Sami-Odi in the Barossa, home to Fraser McKinley ‘s eclectic personal cellar as well as winemaking operations – he is a firm fan of Marcel Lapierre Morgon. And it has crept into Taras and Amber Ochota’s wines – straight as it comes (well as straight as Ochota Barrels play it) and in two playful blends. Here are my notes. 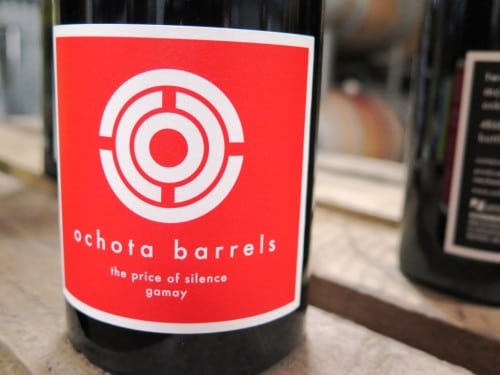 Sam Virgara planted three clones of Gamay in the Hills  in 1985 but the vines were grafted over to Chardonnay where they did Penfolds Yattarana A okay.  So Ochota must have been a persuasive guy to have persuaded Virgara to let the Gamay grow back five years ago.  It’s a bang on varietal example made with 100% whole bunch and de facto carbonic maceration (i.e. just using the carbon dioxide which was the by product of the fermentation process).   The price of silence is light on its feet – very fresh – with lively peony and peppery lift to its slinky red fruit, juicy acidity and a tickle of gently spicy, dried pine needle grape tannins. Just 588 bottles were produced; going forward, maybe more.  The Ochotas plan to plant more Gamay on their pretty property well off the Adelaide Hills’ beaten track, high among the pines in the Basket Range. 12.5% 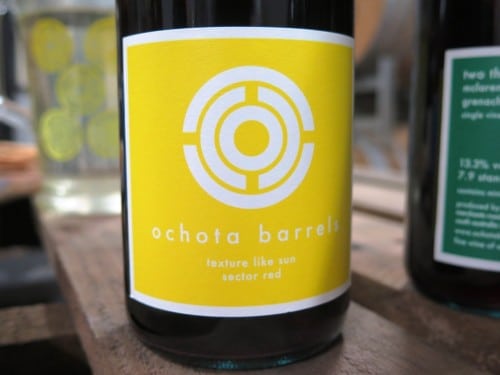 The Merlot in this co-fermented multi-site sourced blend of Gamay Pinot Noir Gewurtztraminer and Merlot brings dark berry/currant fruit and bitter, slightly green chocolate notes to the equation while the fractions of lighter skinned red grapes and the pink-tinged white one make for a soft, round palate and slinky texture.  I guess that might be the melting texture of the sun!  A wine of melded contrasts – a curio – with the Ochota hallmark freshness, immediacy and free smile thrown in.  13.8% 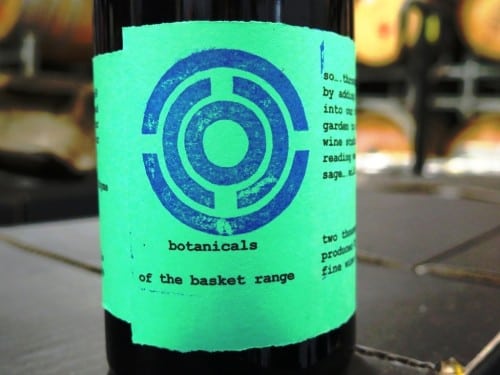 But the broadest smile of all is reserved for this ”vermouth inspired” red wine. “Rosemary,” I exclaimed with surprise and confusion on first sniff.  And it got more confusing as said burst of rosemary was succeeded by a torrent of sage, Barola Chinato medicinal notes, spicier aniseed and menthol tiger balm hints, the whole transported by a vibrant swell of fresh red fruits.  All became considerably less confusing when Amber explained that this thoroughly idiosyncratic wine comprises “a continuous ferment of all our wines, added a bucket at a time” and infused via a “tea bag” of 17 botanicals hand-picked from around and about.  In fact it made perfect sense when you consider the cult status of Negroni in Australia, especially among winemakers. A crash of flavours but by no means a car crash, it’s a crazy but delicious concotion. Take that mixologists! 12.5%