A vintage tale: Portugal punches above its weight in Wine Spectator’s Top 10

I’m in Oporto all week to taste Port and Douro reds from the 2012 vintage.  But another vintage has hit the headlines this last week, causing a spike of interest in my Douro 2011 and Vintage Port 2011 reports.  Dow’s 2011 Vintage Port topped Wine Spectator’s coveted Top 100 Wines of the Year, while two Douro reds (both in my Top 10 Douro 2011 reds), Prats & Symington Chryseia 2011 and Quinta do Vale Meão 2011, made the number 3 & 4 spot respectively – quite a coup; the city’s winemakers are on are cloud nine!

I’ve written extensively about the Douro’s brilliant output in 2011, but it’s worth flagging that 2011 was a truly exceptional vintage from north to south.  João Portugal Ramos rated 2011 “the best harvest ever” in  Alentejo.  Hard to disagree on the evidence, including two new wines launched in that year – João Portugal Ramos Estremus and Susana Esteban Procura.

In the last month I’ve tasted an altogether more modestly priced red which I reckon is the best yet from perhaps the country’s best example of the Alfrocheiro variety.  Here’s my note (and watch this space for my report on the 2012 Douro reds and 2013 Douro whites): 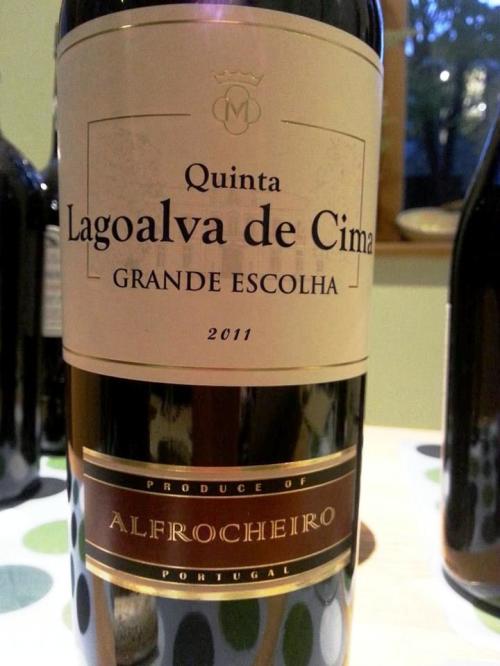 Deep purple with a sweet balsamic-edged mulberry and blackberry fruited nose.  Plenty of depth and complexity to the palate with its attractive interplay of sweet cinnamon, bitter radicchio and dark, earthy spices, juicy blackberry and dried fig/plum pudding.  As it opens up, I detect a refreshing hint a mint. Smooth tannins and flattering toasty oak lend seamless support, while juicy acidity teases out a long, intense, beautifully balanced palate.  Top Tejo, top Alfrocheiro! 14%