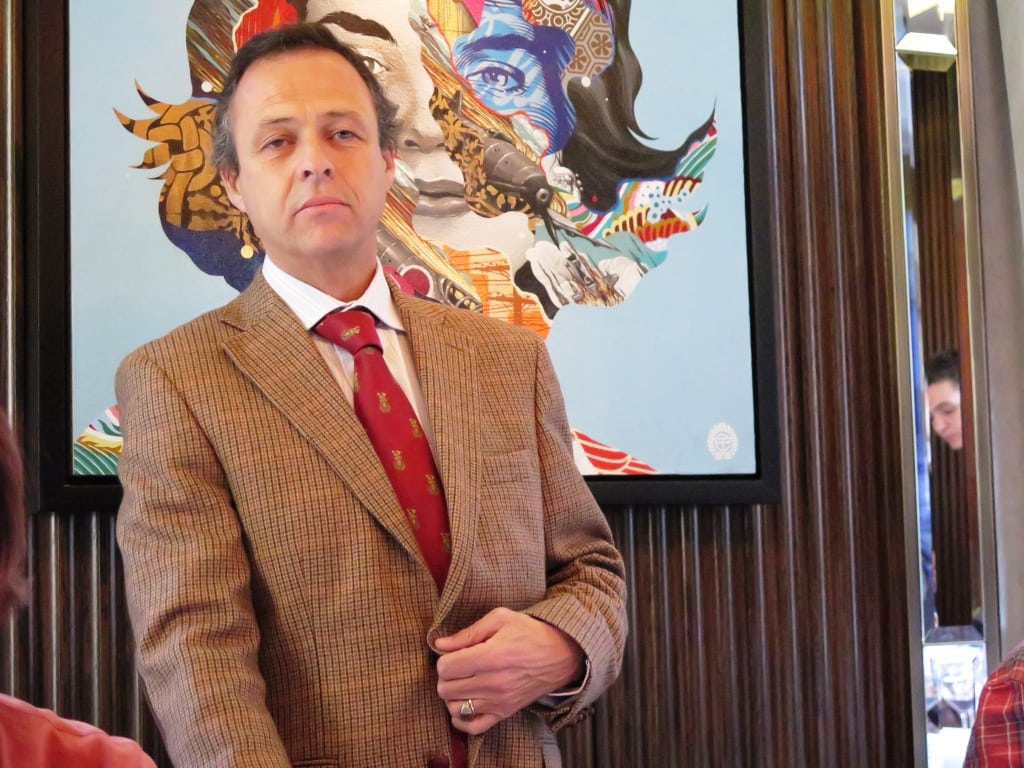 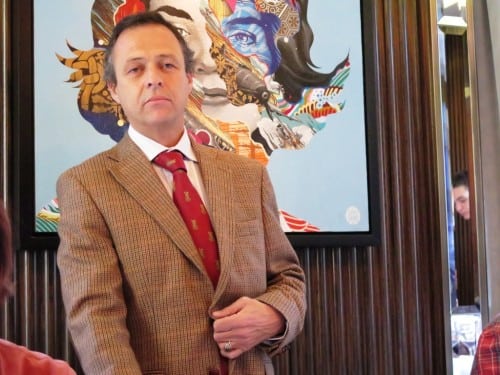 One imagines at least as much care goes into the decision as to whether to “declare” Barca Velha as a Vintage Port declaration.  Not least when, for Chief Winemaker Luís Sottomayor, his career at Casa Ferreirinha began in 1989 under the watchful eye of Fernando Nicolau de Almeida, the famously fastidious creator of this iconic wine. 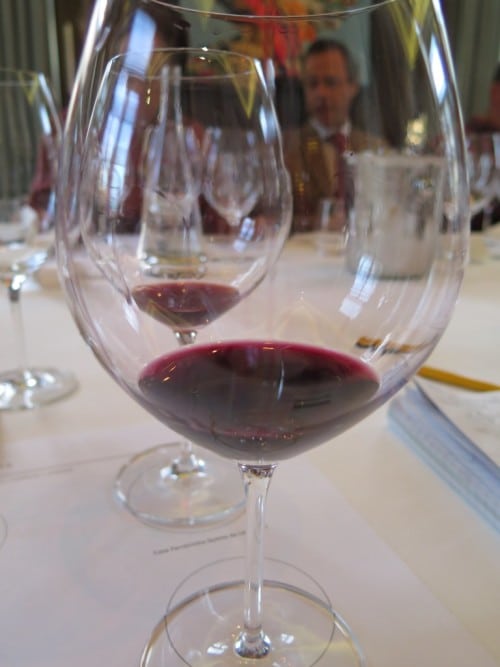 Casa Ferreirinha Reserva Especial 2007 is the first vintage for which Sottomayor was responsible from start to finish (he was appointed Chief Winemaker that year). When I had a sneak preview of Reserva Especial 2007 prior to its launch last September, I asked him if was a difficult call to decide whether a Barca Velha or Reserva Especial should be made in 2007.  After all, the financial consequences are not insignificant – 33,000 bottles at 130-150€ versus 200€ for Barca Velha, you can do the math (though Sogrape’s Press Relations Manager Joana Pais is quick to point out that the call is entirely down to the winemaker).

The answer?  A resolute no.  Sottomayor explains, should there be even a scintilla of doubt about whether the best barrels are worthy of Barca Velha, there will be no Barca Velha.   It’s as simple as that.  Or perhaps not quite, for although he rates Reserva Especial 2007 as one of the best ever, Sottomayor believes that Barca Velha 2004 was the best ever Barca Velha.  It set the bar precipitously high, as perhaps did the 1985 Barca Velha because it seemed to me that the 1986 Reserva Especial could so easily have been Nicolau d’Almeida’s swan song (it was the last vintage he supervised).  On the other hand, for Sottomayor, in hindsight Reserva Especial 1994 was a “mistake” where, he observes, it has the power and complexity of Barca Velha.  He explains, “the 1994 needed a lot of time to show its quality” and suffered from comparison with the “easier to understand” 1995 Barca Velha. 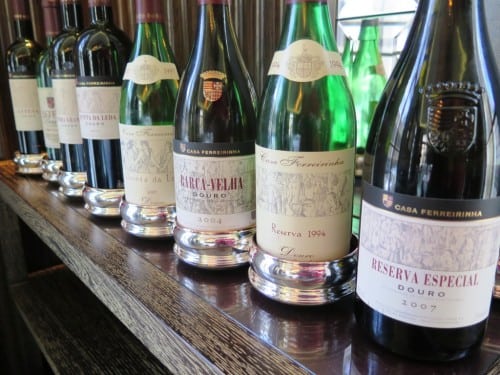 Sottomayor presented the 1986 and 1994 Reserva Especial and 2004 Barca Velha at a tasting last Friday to celebrate the London launch of Casa Ferreirinha Reserva Especial 2007.  It was a brilliantly conceived event, showing off not only the top two rungs of Casa Ferreirinha, but every rung.  From Esteva at under a tenner to Barca Velha, the familial resemblance was clear to see.  As Sottomayor puts it, “to give pleasure at the table is my first objective when preparing a blend.” Irrespective of price point, each wine had the freshness and structure to partner elegantly with food and, I might add, go some distance. 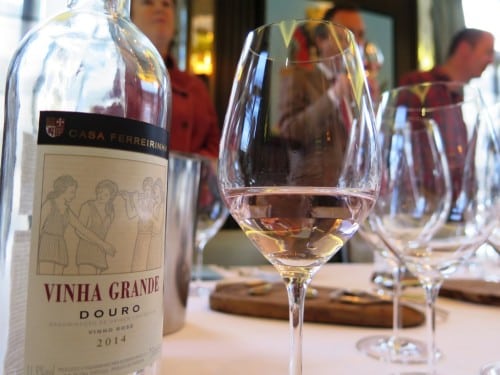 A very pretty aperitif, dry, with delicate fruit & minerals, fruitier than the 2013 and quite lovely

Here are my notes on the wines, presented in the order in which they were shown: 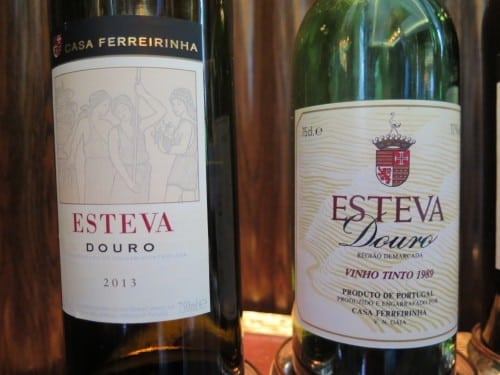 This everyday entry level wine comes in at just under a tenner in the UK but, in Portugal, you’d pay around 4.5€ (to put that in context, 80% of the Portuguese market sits below 2 Euros retail).  A modest price for wine from a region with notoriously low yields and, conversely, notoriously high labour costs (grape production costs 0.77€/kg versus 0.1€/kg for Chile according to Symington Family Estates).  Perhaps it’s partly why it’s so difficult to think of other comparably priced wines that could still put in a creditable performance after 26 years – that’s not an every day experience!  True to its name, Esteva (gum cistus) proffers plenty of spice, with tarry dried red fruit and a hint of oyster shell.  It’s surprisingly vital on pouring, though with time in glass (air) it diminishes significantly.   Still, I’m impressed, especially when you consider that it comes from a particularly hot year (Sottomayor’s first with Casa Ferreirinha), when vintage started on 20 August.  Gutsy to show it too!  Esteva was first made in 1984 when around 80,000 bottles were produced.  Today production is around 2 million bottles.  The secret of its (natural acid) freshness is sourcing from higher altitude vineyards; it is also fermented relatively cool at 24-25 degrees centigrade to preserve fruit and aroma.

A touch of reduction makes for a perky, fresh, nose.  In the mouth it is a very pure, bright expression of Douro fruits of the forest – red and black, a little wild, a little floral.  A gentle rub of tannin together with its freshness explains why it has the capacity to age in bottle.  Though most definitely silky smooth and fruity enough to enjoy now and on its own, it is also food friendly.

This cuvee sees around 12 months in French oak, all older oak (2-3 years).  Unusually for Sogrape it is sourced from the Cima Corgo as well as the Douro Superior.  The aim of this wine is to produce an easy to drink red but one which has a little more structure for ageing.  This vintage was famous for its very concentrated, fruity Vintage Ports.  Deep plum with a garnet rum it reveals sweet confit plum and chocolate cherry truffle, star anise, toasty oak and balanced acidity.  The tannins are just starting to show a touch of astringency, but it holds up very well (and with time in glass). 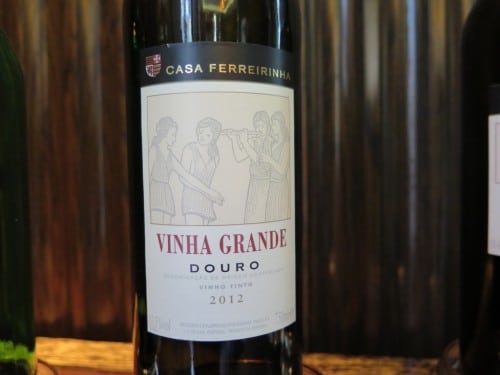 This elegant vintage is the subject of my Expert’s Choice in April’s Decanter magazine about Douro latest releases (it’s out now).  Vinha Grande 2012 reveals deep-seated floral notes to its bright, juicy black berry, cherry and currant fruit.  Mineral-sluiced acidity lends it an attractive translucency/drinkability, while a touch of tannic grip underscores its food friendliness.  Slips down all too easily. In the UK this wine is predominantly aimed at the restaurant sector, where I’m told it should come in at around £30.  Nice buy. 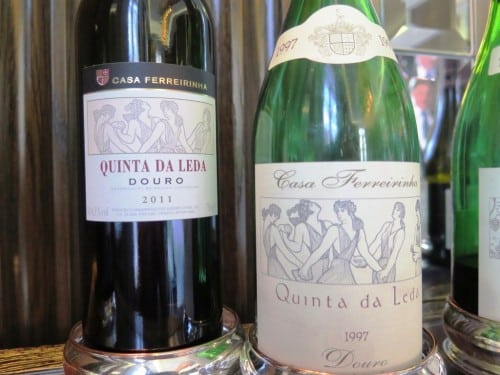 Quinta da Leda has famously been the principal source of Barca Velha since the 1980s (replacing Quinta do Vale Meão).  The multi-aspect virgin site (originally targeted for rye), was acquired by Casa Ferreirinha in 1978 with Barca Velha in mind.  In the beginning, there were only 20 hectares of vines and all production went into Port, Barca Velha and Vinha Grande.  Today there are almost 160 hectares, all dedicated to Douro DOC wines which are fermented on site at a state of art winery built in 2001.  This vintage (a Vintage Port year) saw French oak replace native Portuguese oak to great effect.  Sottomayor explains Portuguese oak was not of the best quality (greener, too phenolic) and, anyway, unlike the French, oak forests had not been replanted so very little was available.  Aged for around 18 months in 50% new French oak it reveals charry, spicy oak with chocolate-edged plum and a soft, yielding centre of strawberry fruit.  Though the mid-palate is a little wandering, it finishes firm and a touch dusty/dry.

A charismatic wine from a charismatic vintage.  Glossy, deep purple in hue with very intense, pure and succulent cinnamon-kissed sweet black cherry fruit, a fine sheen of tannins, mineral-sluiced acidity and floral lift.  Most refined and elegant which, for Sottomayor, is not only a reflection of the house style but also the trend towards earlier picking, lower temperature ferments and, most of all, better viticulture.  As he puts it, “nothing happens by chance.  Every leaf has his job and every bunch produces wine as we want it” – something I had the opportunity to witness first hand when I spent three days with Sottomayor on a harvest road trip last year.   It helps, he adds, that they have revised the vine training method, switching from cordon to the guyot system which, with less wood and, it follows buds, is better adapted to the Douro Superior’s particularly dry conditions.  The plant is less thirsty. 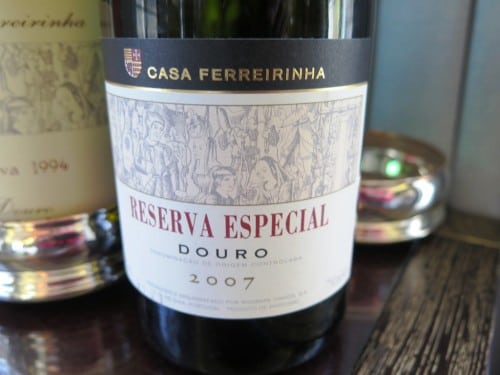 The Reserva Especial, a blend of 40% Touriga Franca, 30% Touriga Nacional, 30% Tinta Roriz, was aged for 12-18 months in 75% new, 25% one year old French oak.  Eighty percent of the fruit came from Leda, the balance from more elevated vines at around 600m at Quinta do Sairrão in S. João Pesqueira, the Douro Superior. A deep black plum hue with crushed coriander seed and cinnamon spice lift to its sweet, svelte, juicily succulent black plum and cherry fruit.   A powerful, very polished chassis of tannins pushes the youthfully exuberant, very concentrated fruit to the fore, making for an almost convex mid-palate.  The finish is very long, very spicy with ripe but present, very fine-grained tannins, the finish impeccably fresh and balanced.     A baby. 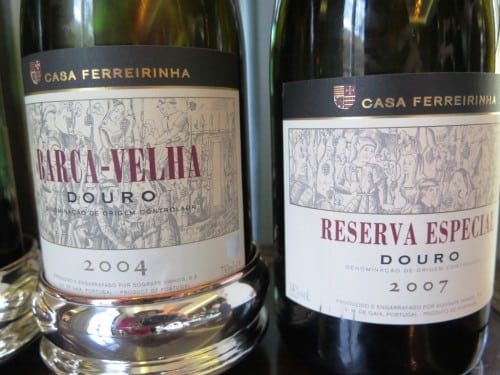 A deep plum hue with a complex, sumptuous, still very youthfully concentrated nose and palate.  Signature Barca Velha sweet wood smoke, kid glove leather, star anise and clove play around the edges of its fleshy black plum, confit plum and black cherry fruit.  I pick up fresh coriander and a cool hint of eucalyptus too. Firming up, the finish is defined by a subtle charge of very fine, powdery, mineral (iron filing) tannins; this wine has plenty of years in it yet….

Firm with chalky tannins, some astringency (Sottomayor reminds us Portuguese oak is not as round in the mouth as French oak), charry oak and rather subdued plum and black cherry.  However, the 94 really comes into its own with food, transforming itself into a very elegant, mineral and persistent partner for my turbot – surprisingly fresh and convivial after its initial sulk!  12.5% 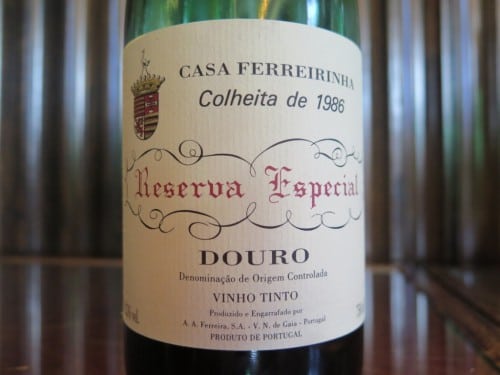 A very deep hue with a very tight, firm, precise palate with perfumed cassis, juicy plum and a hint of tobacco.  As it opens up, plum, chocolate and earthy truffle/sous bois notes flesh out its firm frame.  Lovely depth with focus, the tannins firm but fine; great line and length.  Terrific. 12.5%