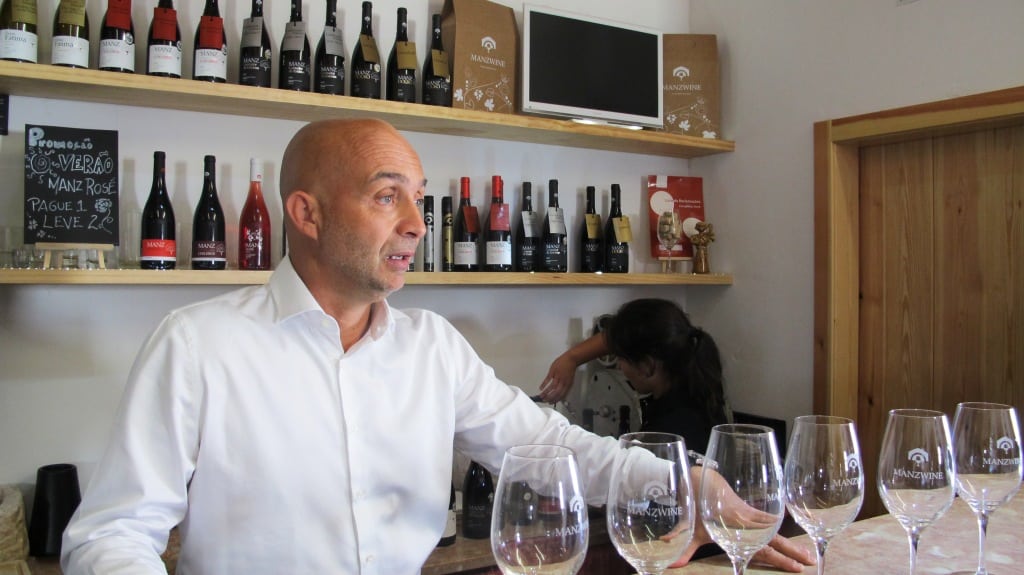 From saving goals to saving Jampal: The wines of André Manz 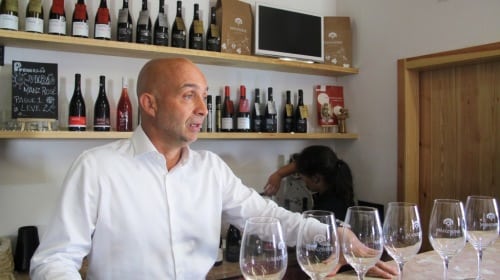 It’s hard to think of a worse injury for a professional goalkeeper than a broken hand. Occurring just a year into André Manz’s stint playing for a Portuguese club you might have thought he’d head back home to Brazil. But even in his twenties, Manz didn’t do the obvious.

Rather the goalkeeper who went on to introduce Portugal to choreographed aerobics became a top fitness entrepreneur. And now, in his latest eponymous business venture, Manz Wine, he has re-introduced the world to Portugal’s almost extinct Jampal grape.

Manz’s adventures in wine started in 2004 when he and his family moved to the sleepy village of Cheleiros in the Lisboa wine region. With its Neolithic sites, Roman bridge and medieval monuments, Manz was drawn by the history of Cheleiros. Not a man to do things by halves, with the help of a journalist, Manz found out that Cheleiros was once famous for its wines. He tells me that the steep, rocky clay and limestone slopes which surround the village used to be covered with vineyards. A century ago, there were no less than 43 wineries in the village. Manz himself recovered one hectare of vineyard but, knowing nothing about winemaking, initially just made wine for family and friends. But when, with the help of Portugal’s Institute of Vines & Wines, he identified that his 20 year old plot included forgotten local grape variety, Jampal, the astute businessman was quick to realise the potential of his unique varietal selling point. In 2008, Manz Wines was founded and, by 2012, he had transformed the old village school into a small but perfectly formed winery and planted new vineyards to Jampal with cuttings from his original vines. He now owns around nine hectares of vineyard in Cheleiros and is keen to put the village on the map. Not just with Jampal, but also his oeno-tourism projects. These include Manz Wine’s Lagar Antigo (an old winery now museum with cellar door) and, next year, a book about Chelieros and its wine history. Jampal remains the only white wine in his portfolio and, for me, it’s the star of the show. Here’s my pick of the range (which also encompasses red wines from the Douro and Península de Setúbal which are made from bought in fruit). The wines are made by Ricardo Noronha and Rita Marques (pictured with the rosé below).  In the UK, Oddbins is the principal stockist. Manz Cheleiros Penedo do Lexim 2013 (VR Lisboa)
This bright of hue and palate 50:50 blend of Touriga Nacional and Aragones is a great example of an easy going but refined un-oaked red. I’d love it if more Lisboa producers adopted this tree-friendly route and instead focused on fruit and freshness. Fresh, mineral acidity seems to be a Cheleiros hallmark worth cherishing. As for the fruit, the Touriga’s florality and chocolate-edged summer pudding fruit together with Aragones’ chalky, fine tannin structure and gentle spice make for lovely balance. 14%

This article was first published in Blend, All About Wine