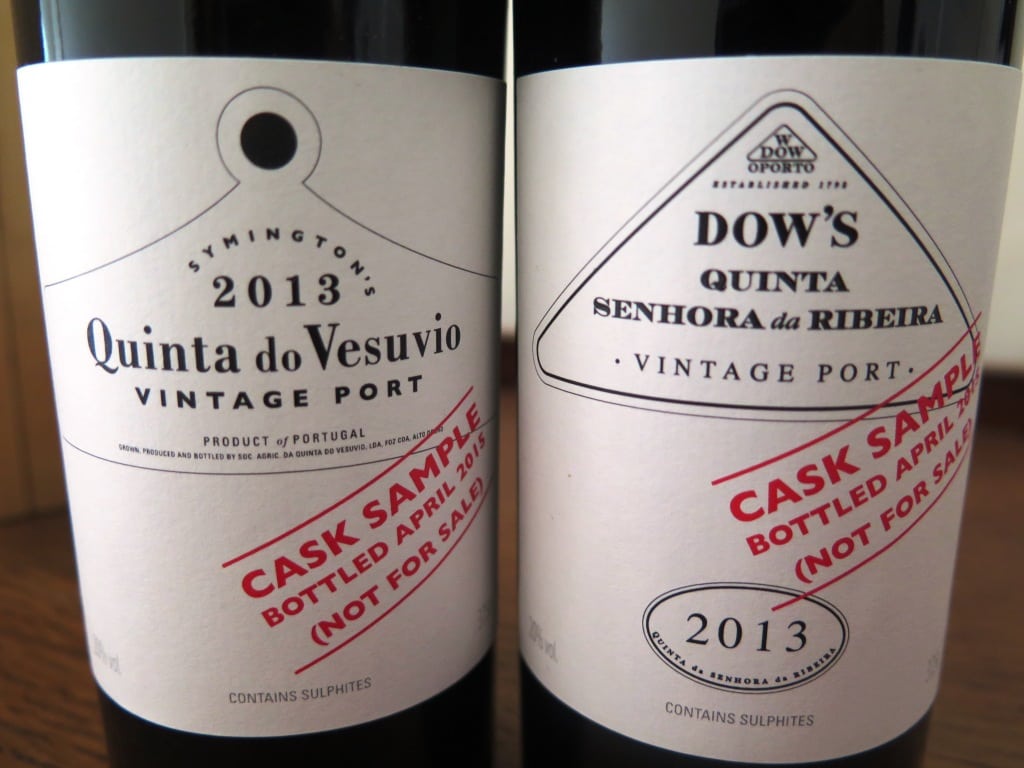 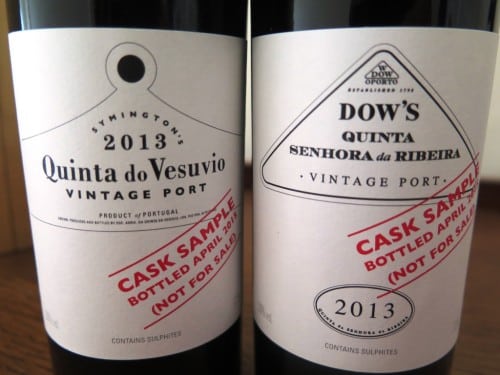 With seven hills at north-facing Vesuvio, pickers focused on the lower, riper parcels.  Still, most of the 133 hectare estate was picked in 10 days.   Across the river at da Senhora da Ribeira, picking was completed in 10 days, with priority given to this south-facing 18 hectare estate’s largest parcels, comprising Touriga Nacional, Touriga Franca, Sousão and old vines.  As pickers were ferried to and fro between these two Symington family estates, I can imagine that the boat ride was rather speedier than my last journey between the two!  You can read Paul Symington’s 2013 Douro vintage report here.  Here are my notes on cask samples of both Ports, which I tasted over three days.

This foot-trodden blend of 65% Touriga Nacional, 12% Alicante Bouschet, 10% Touriga Barroca and 13% of (picked after the rain) Touriga Franca/Sousão is a deep inky hue, with lovely violet lift to the nose. In the mouth it’s very fresh and juicily persistent with silky, really fluid, polished and pure blackcurrant and berry fruit.    Perfume and minerals ping pong back and forth on the back palate, creating a lively tension.  A fine mesh of tannin and chiselled minerals anchor a very long, well structured finish.  Terrific intensity and line.  With rigorous selection, just 13 pipes were produced from 133 hectares.  My pick of the 2013 Vintage Ports thus far.

A blend of 40% Touriga Franca, 35% Touriga Nacional, 15% Sousão and 10% old vines.  Both nose and palate have pronounced violet and bergamot notes, with savoury undertones of rosemary, pepper, eucalypt and fresh ground coffee.  In the mouth, it is both broader and drier than the Vesuvio with velvety baked black cherry, cherry stone and a firm underpinning of tapering tannins (iron fist, velvet glove indeed).  Long, layered, meaty and dense.  Eight pipes were produced, which represented 5% of total production; it is regarded by the Symingtons as the best ever made at this estate.