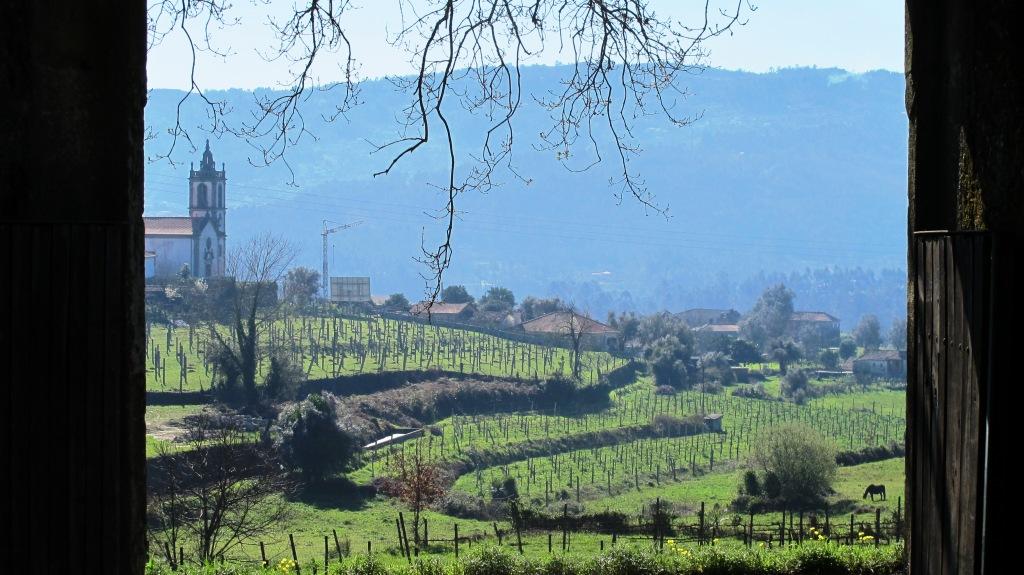 Pintia seals the deal at Iberian Nights; next up Galicia -v- Vinho Verde 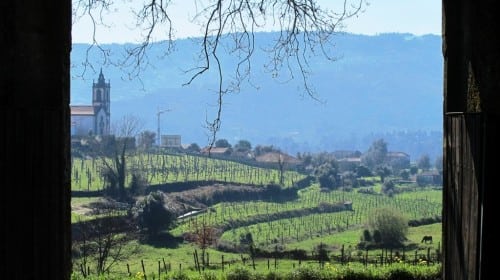 A hazy start to the day at Aphros, Vinho Verde – a favourite biodynamic Loureiro/Vinhao producer

The second Iberian Nights’ Portugal –v- Spain head-to-head tasting at Trangállan last week focused on the river valley wines of the Douro versus the Duero.

I am a huge fan of the Douro but, after a cracking start (two nil up), it all went horribly wrong for Portugal. First with a corked wine (dammit – that’s two corked wines in two sessions from the land of cork versus nil faults for Spain!) Then the Pintia sealed it for Spain.

Our next tasting on Tuesday, 24 June also focuses on a river valley. Here are the details, below which you’ll find the low down on last week’s tasting to whet your appetite!

This tasting will focus on the fresh and aromatic river valley wines of Portugal’s Vinho Verde & Spain’s Galicia. Where Galicia is Xabi’s region of birth and Vinho Verde is home to among Portugal’s best whites expect a titanic clash, not least where the two countries share the same varieties. 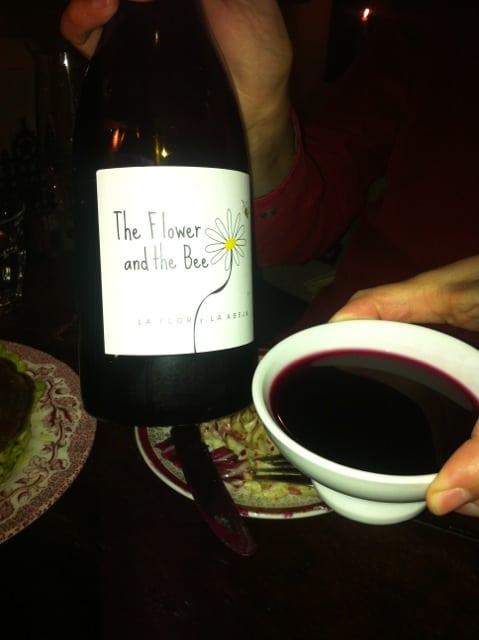 Our line up will include head to heads between leading white Mino/Minho variety Alvarinho and Albariño, a Portuguese & a Spanish organic/biodynamic blend of local white varieties (from Portugal, Loureiro, Arinto, Azal, from Spain Albariño, Treixadura & others),Vinhão and Souson and Mencia and Jaen – the latter from the Dao since I haven’t yet encountered any Mencia/Jaen in the Minho.

Once again kicking off at 7pm we shall show 10 wines in five Spain -v- Portugal head-to-head pairs. And there’ll be an extra wine from the country which tops the voting – with our three course supper, the perfect end to an evening.

Tickets cost £36, which includes both tasting wines and supper. Contact Trangállan to book your tickets for Iberian Nights and be quick, because this will be a small, intimate affair, with only 15 tickets available for each evening.

The river valley wines of the Douro versus the Duero

Both of our whites won over me and the audience. Of course I knew the Meruge, the more generous of the two, yet still fresh. The nose initially deterred some but, as it opened up and breathed, its complex vegetal layers, salty green olive tang and mineral acidity won folk over. The Nisia was as sophisticated a Verdejo as I’ve encountered without resorting to new oak – quite floral on the nose but surprisingly intense, dry and super-mineral in the mouth with lip-smacking acidity. A bit too much acidity for some.

Our first pair of reds focused deliciously on the fruit. The Almate, which seemed a little mean initially, benefited from time in glass and grew on me with its juicy verging on tart blackberry fruit – a very direct wine with little artifice. Muxagat’s unoaked Tinta Barroca’s combination of roundness with freshness won over the audience – “super-smooth” said one, while another agreed with my comparison to a Loire Cabernet Franc. Love, love the salt lick minerality of this one.

Where Almate’s austerity was its downfall, the success of Bodegas Maestro Tejero Castrillo de Duero lay in its broader appeal – a more generous, textured, spicy palate with notable oak influence – I guessed American (it was quite coconutty) but in fact it was aged in shaved French oak barrels. I have to admit that I preferred the Vallado which showed its cool Baixo Corgo roots rather well with floral lift, bright, persistent fruit and that schistous, salt lick minerality.

A corked wine contributed to Portugal’s downfall in this round. Shame, it would have been good to pit a sound bottle of the Churchill’s Touriga Nacional against the Alonso del Yerro. Though I’d taken the precaution of bringing a back up bottle after the first week’s cork problem, it turned out to be Quinta do Portal’s super-tight Touriga Franca, not their Touriga Nacional. It was desperately in need of bottle age (great red-fruited and floral typicity though). That said, I cannot deny that the Spanish wine was beautifully made, with a fine nose, lovely purity of blackberry fruit and an attractive minerality lurking beneath its creamy, chocolatey oak. Nice work from Stéphane Derenoncourt, the well known Bordeaux consultant.

So all turned on our final pair and, I confess, I was feeling pretty confident about the Niepoort – one of my 50 Great Portuguese Wines. But pride came before a fall. Though I loved its magical combination of wildness with elegant fluidity (as did Xabi – we thought it was the wine of the tasting), the dense, chocolatey, chewy Toro made by Vega Sicilia-owned Pintia won the day for Spain.

Incidentally, I subsequently discovered why Pintia’s importers proposed the 2006 and not the 2009 vintage which has been withdrawn from sale. Together with Vega Sicilia Alion 2010 (which will not be released), Pintia 2009 had abnormal levels of sediment. Vega Sicilia have taken the very costly but laudable decision not to sell either.