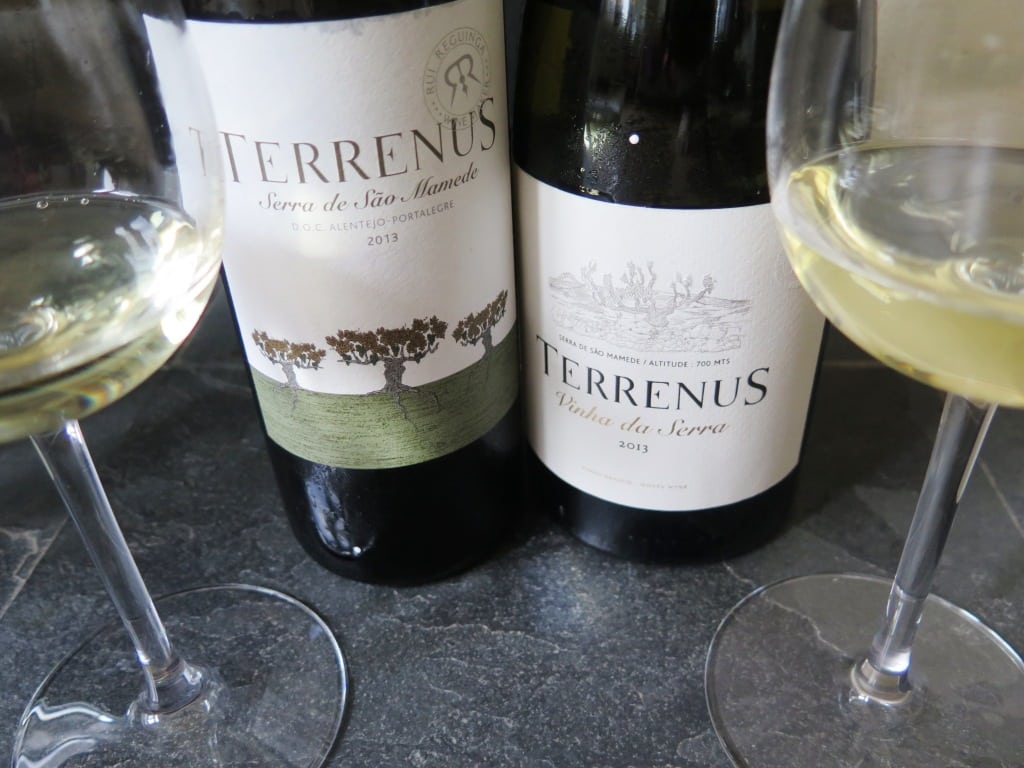 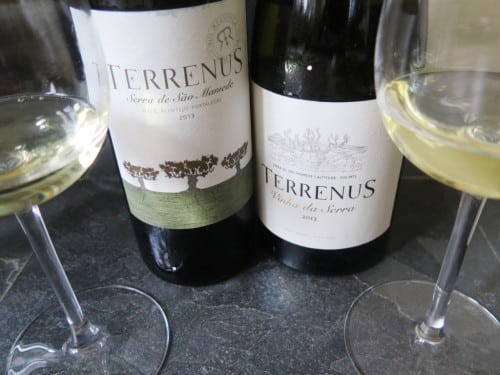 Like Swartland, Alentejo is the bread basket of Portugal and, like Swartland, Portalegre has pockets of super-interesting terroir with elevation and lean and means soils.  It helps that Portalegre is located in the Serra de S. Mamede – southern Portugal’s highest point, which makes it Alentejo’s northern-most, coolest, highest sub-region.  It also accounts for those lean and mean granite and schist soils.

What’s more, Portalegre has that very rare commodity for southern Portugal – old field blend bush vines.  Just like in Swartland, growers who once sold their grapes to the local co-operative are now selling them to a growing band of talented winemakers.  A small batch winemaking approach has provided a much better showcase for Portalegre’s very special terroir.

The first example which I encountered came from Rui Reguinga, whom I visited in Portalegre in 2009.  His Terrenus Tinto 2007 featured in my 50 Great Portuguese Wines selection of 2010.  I can recall being very tempted to include Terrenus white too!  It has just been joined by an all-new single vineyard white cuvée from 100 year old vines, Vinha da Serra.

Here are my notes on Terrenus Vinha da Serra and Terrenus White 2013 – both complex, fresh, intense examples of what this sub-region is all about. 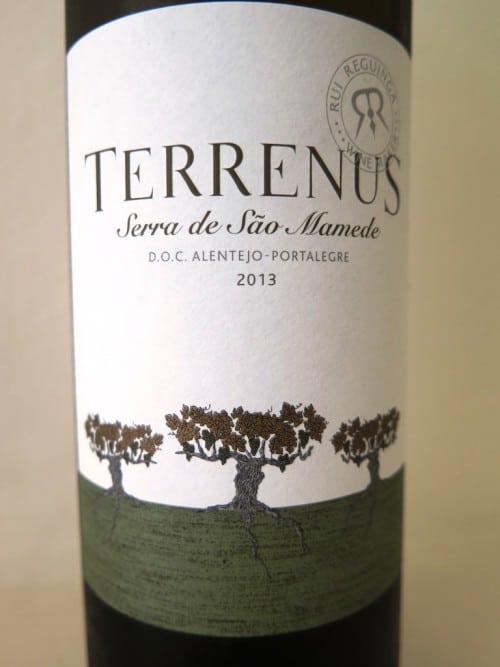 Sourced from three field blend parcels of bush vines in the south of Portalegre ranging between 20 to 80 years old on granite and schist at between 600m and 700m.  Grape varieties include Arinto, Fernão Pires, Bical and Roupeiro.  The grapes were hand harvested and fermented in stainless steel tank; 50% was matured in used French oak barrels for 6 months with weekly batonnage. Very pale straw with green glints.  A lifted, grapey, floral  (suggestive of Moscatel?) nose and palate; very fresh and juicy with ripe lemon peel and lemon in the mouth.  Quite muscular and mineral – intense – yet very persistent, fresh and salty.  Very good.   Lovely length and balance with attractive fruit spice to the back palate. 13.1 % 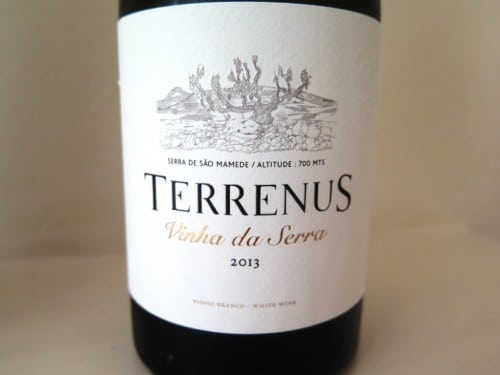 From a 100 year old single vineyard at 700m on schist in the northern part of Serra de S. Mamede, just one kilometre from the Spanish border. Spain ( 1km) .  The field blend bush vine varieties include Arinto, Fernão Pires, Bical, Roupeiro, Malvasia and Tamarez, which were hand harvested prior to being naturally fermented in cement tank (Nomblot Egg).  Terrenus Vinha da Serra was aged for 8 months in 500l French Burgundy barrels (50% new, 50% used).  It’s a deeper yellow, with spicy vanillin oak and very intense spicy, grapey fruit with lavender/bath salts lift to nose and palate (again, I’d have guessed Moscatel was in the blend).  Now this is muscular. In the mouth it is creamier, fuller than the Terrenus, more powerful too, with firm stone fruits – white peach and concentrated quince.  Rolling acidity carries a long mineral-streaked palate, though the finish is quite toasty – the oak has yet to fully integrate.  Still, a very poised, complex wine; one which I’d find difficult to place – I’d have a foot in Alsace and, with the oak, the Loire (top Anjou Chenin)!   13.5 % 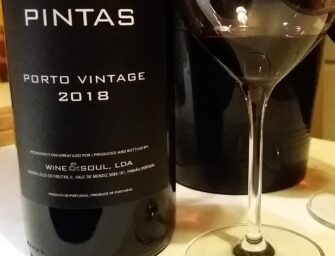