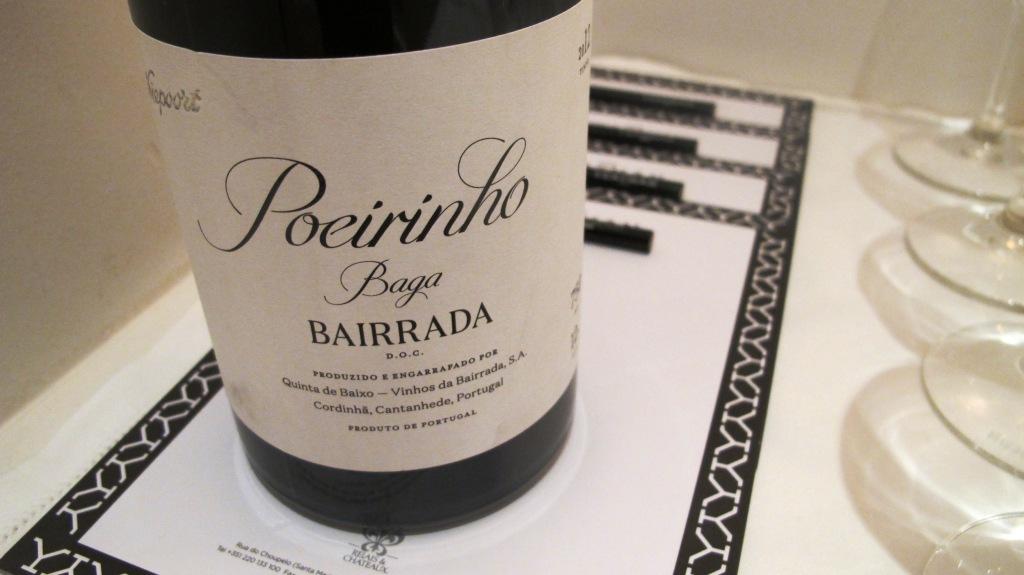 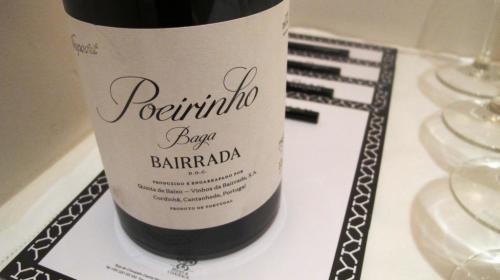 Today starts with “N.”  I’m updating the Portugal entries for Hugh Johnson Pocket Wine and, where “N” kicks off with Niepoort, there’s never any shortage of another “n” – news!  I just tasted Niepoort’s latest Bairrada red  – Niepoort Poeirinho (see here for my notes on the first Niepoort Bairrada release).  And re-tasted two wines from Niepoort’s new project in the Dão where the Douro-based producer acquired Quinta da Lomba last year.  Here are my notes:

Poeirinho is the old name of Baga and represents Niepoort’s tribute to the great Bairrada wines from the past.  Partly because of its (less extracted) style/colour, partly because of its drinkability/translucency (sweet, mellow tannins, lots of detail evident already), it looked and tasted very much like an older wine.  Picking up on an earlier discussion (from when I researched this feature for The World of Fine Wine WFW40 Bairrada The Baga Beyond), Niepoort told me “it is a very different approach, but I think that Poeirinho has a great future.  If you ever taste a great  Dores Simoes from the 80’s you will understand the amazing potential (that I believe) of such a balanced and tight knit wine. Not fruity, not big, not highly intense but actually highly concentrated.  Not alcoholic, not sweet, but fine with great richness and intensity and incredible lightness of being, but particularly very, very long. time will tell….” If you can resist it that is!  I loved it.

Poeirinho comes from very old vines (some +100 years old) scattered around Cantanhede – a particularly warm, chalky terroir in Bairrada’s south.  As is evident from its spicy lift and bony frame of tannins, it was part fermented with stems (20% stems in the lagar-fermented portion, 15% stems in the stainless steel vat portion) and underwent a month long but light maceration followed by ageing for 20 months in old 2500l tonies (large wooden barrels).  My first impression is of minerality -a saltiness and chalky minerality.  That frame of firm, bony tannins.  A light frame, so the tannins are present but, as bones do, they play a supporting role rather than dominating this wine’s being.  They are sweet tannins too.  When I re-taste it in the afternoon it’s Pinot-esque precise, jewel-like red fruits and sweet, slightly gamy earth and (dried) pine needle forest floor come deliciously to the fore.  On day 3, joined by a chorus of florals, sweet incense spice, bitter Campari & chocolate notes, the fruit – crunchy, vivid cranberry and pithy pomegranate – really sings.  Like I said, I loved it!  12% 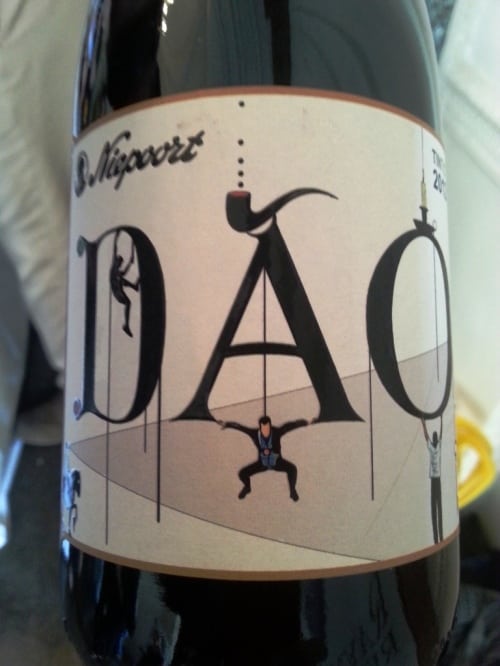 Sourced from 20 to 50 years old vineyards in Gouveia and Vila Nova de Tazem; the main varieties of this unoaked red are Alfrocheiro, Jaen and Touriga Nacional.   It’s a fresh, mid-weight red its red currant and cherry fruit and fine tannins lightly worn (a pinch of reduction here).  Lovely floral lift and spice puts me in mind of Spain’s Mencias from Bierzo (the Dão’s Jaen grape is the very same), though the Portuguese region’s pine needle notes emerge with time and air. Raring to go; a great vin de soif. 12.5%  £14.40 at Bottle Apostle

This wine has yet to be released.  I first tasted it in May when it was very closed.  It’s from a very old vineyard – 100 years old plus.  I’m told that, although it’s a field blend, the wine is mostly comprised of Baga and Jaen and perhaps 15% of white grapes (Malvalsia Fina, Encruzado).   Like Poeirinho it was part-vinified in lagares, partly on stems (50%) and then aged in 2500l toneis (18 months). It has a lovely sweetness to its wild, tangy (think yoghurt) fruits of forest and lively, lifted peony, peppery, pine needle riffs.  Ripe, rolling, very mineral/salty acidity and supple tannins carry a long, fluid finish.  As it opens up, the pine needle notes become more emphatic and earthier mushroom notes emerge, though there is ample sweet fruit – of almost pomegranate syrup intensity – to balance.  A lovely wine, fleshier than the Poeirinho but with a similar old vine intensity which has been allowed to shine.