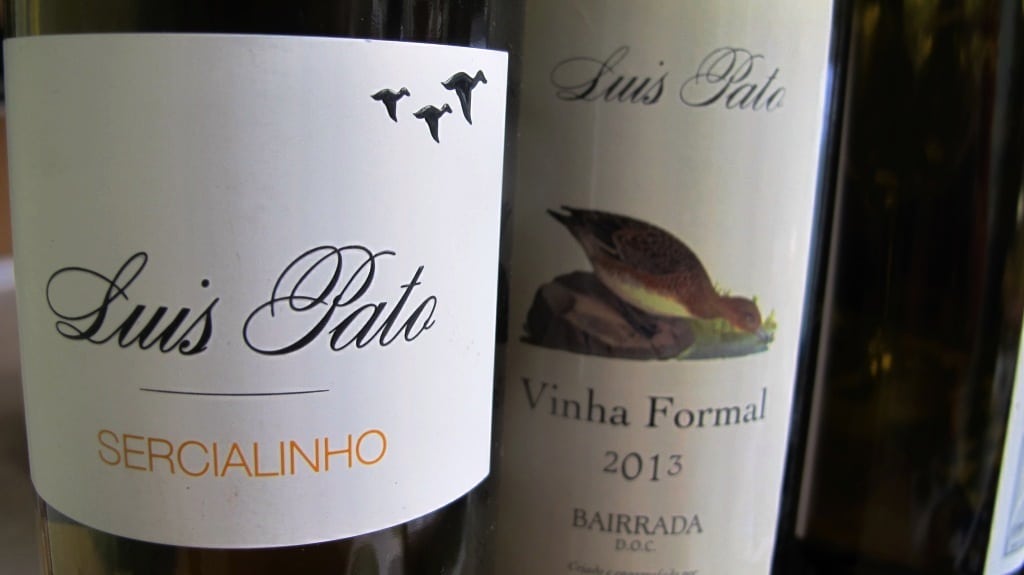 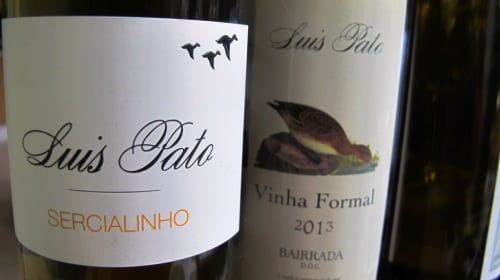 I shall be winging my way to Madeira as this post goes live.  An early start!  Forget coffee on arrival, I reckon a glass of Sercial will bring me firmly back into both present and place.  The grape, which is known as Esgana Cão (meaning dog strangler) on the mainland, is renowned for its bracing acidity and briney piquancy, so it’ll be akin to smelling salts!  And it’s to the mainland I go to taste a Sercial hybrid and a variety commonly mistaken for Sercial, Cercial.

The varietal bible Wine Grapes reports that this Portuguese cross was created in the 1950s by Leão Ferreira de Almedia and is officially recorded as a Vital/Alvarinho cross.  However Luis Pato believes it to be a cross of Madeira’s Sercial with Alvarinho.  The grape was planted by Pato’s father João Pato 40 years ago.  A single cask (650 litre) bottling was made in 2013 and sealed under screwcap. No surprises given its (alleged) parentage and place of origin (Bairrada) that this is a wine for acid freaks!  It’s pale straw in hue with an intriguing salty, iodine nose.  In the mouth the Sercial resonance follows through in the shape of bracing acidity and a briney, incipiently nutty quality.  Wow, it’s austere, with firm quince and sugar-dusted breakfast and pink grapefruit.  A spicy pithiness adds texture and complexity to the finish.  On day two, its rapier-like acidity continues to propel this wine relentlessy forward – will most definitely appeal for lovers of Sercial, Riesling and Loire Sec Chenin Blanc. 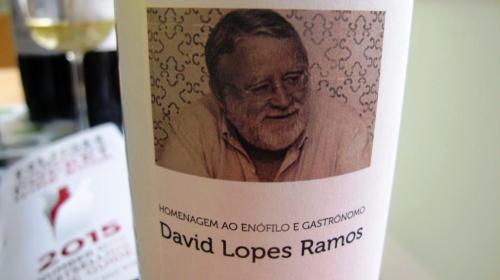 This 100% Cercial (known as Cerceal in Dão and the Douro) was made in tribute to Luis Pato’s friend David Lopes Ramos and not intended for commercial release.   It’s a wonderful tribute – a really fabulous wine.  And I have good news.  In 2014, Pato will make another limited edition (1000 litre) 100% Cercial for commercial release to be known as Vinha Formal Cercial ( 1.000l); the longstanding Vinha Formal White with 85% Bical and 15% Cercial will be re-named Vinha Formal White Classico. This 100% Cercial very much put me in mind of a recent vertical of top Hunter Semillon, Mount Pleasant Lovedale with its lanolin/oilskin notes, just becoming waxy palate, dancing, lemony acidity and complex, saltbush, mineral and artichoke notes.  The finish is nutty, briney and piquant (are we sure there’s no connection with Sercial!!!!)  Delicious, with delightful energy and roll.  13%